Heatwaves, deadly floods and wildfires all mean people are experiencing the link between extreme weather and climate change.

Emissions from the burning of fossil fuels have been trapping heat in the atmosphere since the start of the industrial era. As a consequence, average temperatures have risen by 1.1C.

This additional energy is unevenly distributed and bursts out in extremes like those we’ve been seeing. Without reductions in global emissions, this cycle will keep going.

To understand the impact of small changes to average temperatures, you need to to think of them as a bell curve – extreme cold and hot are at either end and the bulk of temperatures are in the middle. A small shift in the centre means more of the curve touches the extremes – and so heatwaves become more frequent and extreme.

In the UK, warm spells have more than doubled in length in the past 50 years, according to the Met Office.

Heatwaves can be made longer and more intense by another weather phenomenon – a heat dome.

In an area of high pressure, hot air is pushed down and trapped in place, causing temperatures to soar over an entire continent.

When a storm distorts the jet stream, which is made of currents of fast-flowing air, it is a bit like yanking a skipping rope at one end and seeing the ripples move along it.

These waves cause everything to slow drastically – and weather systems can become stuck over the same areas for days on end.

This same type of stuck weather pattern is also responsible for the record warmth experienced in India and Pakistan this year. Persistent high pressure and lower than normal rainfall lead to India’s hottest March since records began 122 years ago.

Karachi, Pakistan, also notched up its hottest March day and night, amid the country’s hottest March on record. As the heatwave built through April, Pakistan again saw records tumble. Jacobabad registered 49C at one point – with central and northwest India also experiencing a record-breaking month.

In both countries, the summer heat is starting earlier and is more intense for longer periods of time.

Last year, North America saw was hit by long-last heatwaves. In Lytton, Western Canada, temperatures hit 49.6C, breaking the previous record by almost 5C. Such an intense heatwave would have been virtually impossible without climate change, according to the World Weather Attribution network.

One theory is higher temperatures in the Arctic are causing the jet stream to slow, increasing the likelihood of heat domes.

As heatwaves become more intense and longer, droughts can worsen.

Less rain falls between heatwaves, so ground moisture and water supplies run dry more quickly. This means the ground heats up more quickly, warming the air above and leading to more intense heat.

Demand for water from humans and farming puts even more stress on water supply, adding to water shortages.

Wildfires can be sparked by direct human involvement – but natural factors can also play a huge part.

The cycle of extreme and long-lasting heat caused by climate change draws more and more moisture out of the ground and vegetation.

These tinder-dry conditions provide fuel for fires, which can spread at an incredible speed.

The Northern Hemisphere’s wildfire season has begun unusually early in some areas this year, due to lack of rainfall and unseasonable warmth. Fires have already ripped through parts of Siberia and Alaska, and unusually early fires have been reported in the likes of western Norway and the UK.

The impact of the heatwave on fire development was seen in an explosive fashion in western Canada last summer.

Fires developed so rapidly and explosively they created their own weather system, as pyrocumulonimbus clouds formed. And these colossal clouds produced lightning, igniting more fires.

The frequency of large wildfires has increased dramatically in recent decades.

Compared with the 1970s, fires larger than 10,000 acres (40 sq km) are now seven times more common in western America, according to Climate Central, an independent organisation of scientists and journalists.

In the usual weather cycle, hot weather creates moisture and water vapour in the air, which turns into droplets to create rain.

The warmer it becomes, however, the more vapour there is in the atmosphere, resulting in more droplets – and heavier rainfall, sometimes in a shorter space of time and over a smaller area.

Already this year, floods have hit Spain and also parts of eastern Australia. In a period of just six days Brisbane saw almost 80% of its annual rainfall lash down. Sydney recorded more than its average rainfall for the year in little over three months.

And these rainfall events are connected to the impacts of climate change elsewhere, according to Peter Gleick, a water specialist from the US National Academy of Sciences.

“When areas of drought grow, like in Siberia and western US, that water falls elsewhere, in a smaller area, worsening flooding,” he says.

The weather across the globe will always be highly variable – but climate change is making that more extreme.

And the challenge now is not only limiting the further impact people have on the atmosphere but also adapting to and tackling the extremes we are already facing.

By Laurie Goering PARIS, Jan 16 (Thomson Reuters Foundation) – Wildfires around the world are surging in number, size, strength and destruction, […] All it takes is luck and a dream, and a 38-year-old billionaire. Jared Isaacman, an entrepreneur and philanthropist, announced on Tuesday the […] 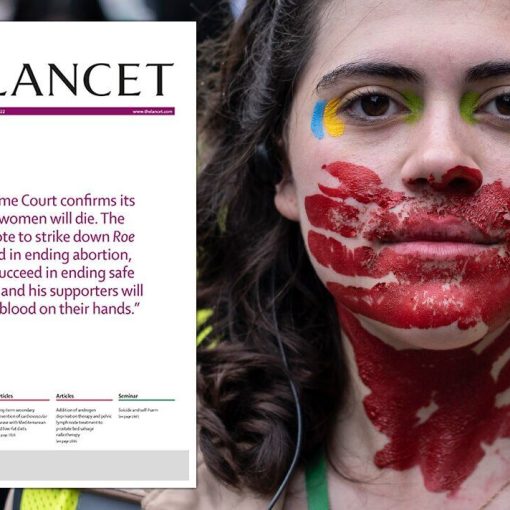 At present, women across the US have the liberty to choose to have an abortion courtesy of the 1973 Supreme Court case […]