What Americans REALLY think about abortion and Roe v. Wade: Majority are pro-choice – but nearly half think states should decide for themselves and many believe terminations should be capped at 15 weeks

The leak of a draft SCOTUS opinion striking down Roe v. Wade caused a firestorm of political debate, arguments over the constitution and questions about America’s healthcare future on Tuesday.

But in the midst of the political debate and confusion over what overturning it would actually mean, it remains unclear how Americans actually feel about the issue.

Roe v. Wade was the 1973 landmark SCOTUS ruling that gave women across America the right to an abortion without extreme government interference, which should – in theory – stop federal, state or local governments from applying restrictions.

If the ruling is overturned, it paves the way for states to make up their own minds on how to restrict or allow abortion and 26 Republican states have already signaled that they may ban abortions entirely.

An examination of different polls give conflicting information on what Americans actually feel about the issue. 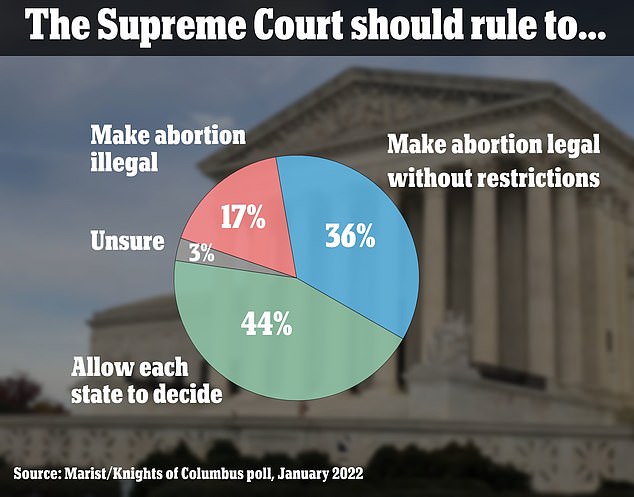 The Supreme Court is set to decide later this year, formally, on whether or not states can make their own abortion rules. This is how a group of 1,000 Americans voted in a recent poll 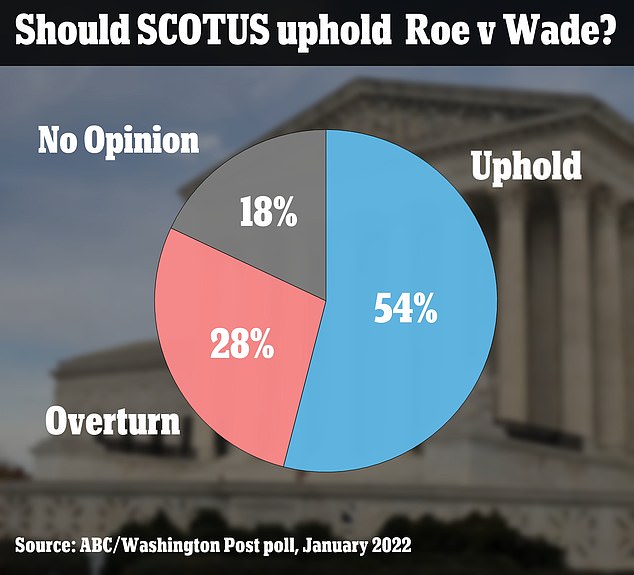 A recent ABC/Washington Post poll of 1,000 Americans in January 2022 found that 54% would vote to uphold Roe v. Wade, whereas a third would overturn it and 18% have no opinion 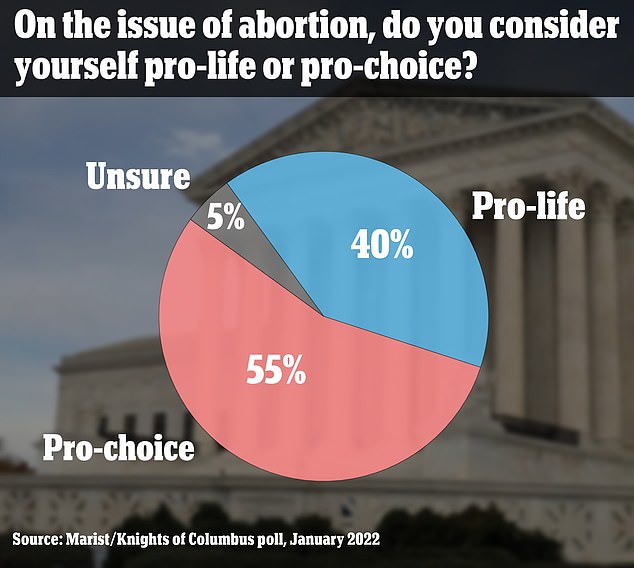 The majority of Americans in all of the polls considered themselves pro-choice as opposed to pro-life, but their views on restrictions vary more greatly 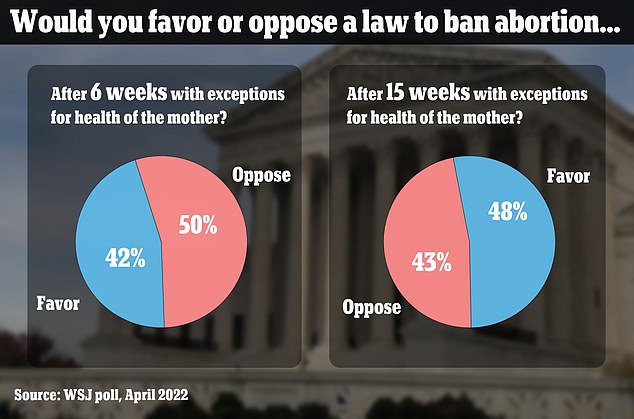 A Wall Street Journal poll found half would oppose a ban on abortions after six weeks, but 42 percent would support one. It was closer on bans on abortions after 15 weeks, which is the benchmark commonly used by anti-abortion activists for when a fetus can feel pain 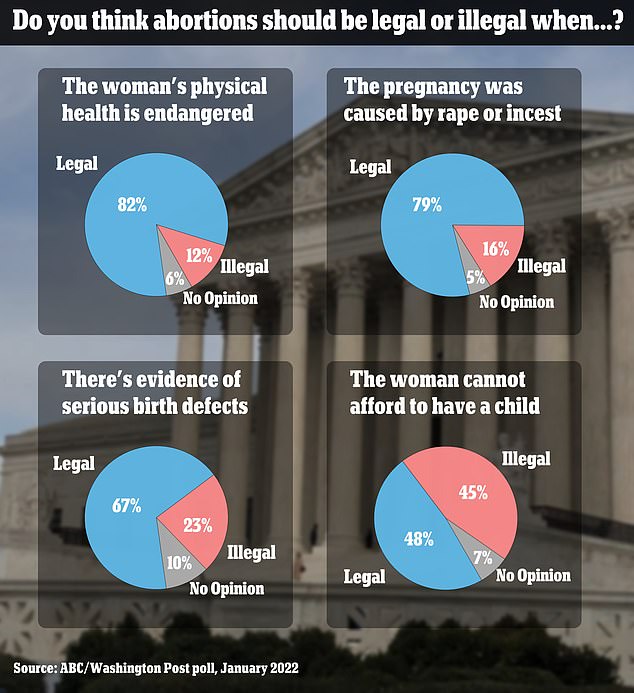 The circumstances under which many Americans think abortion is acceptable vary hugely. Huge majorities voted that it should be legal when a woman’s health is endangered, when she is raped, or when there is evidence of serious birth defects but less think it is acceptable for a woman to get an abortion if she can’t afford to care for the baby 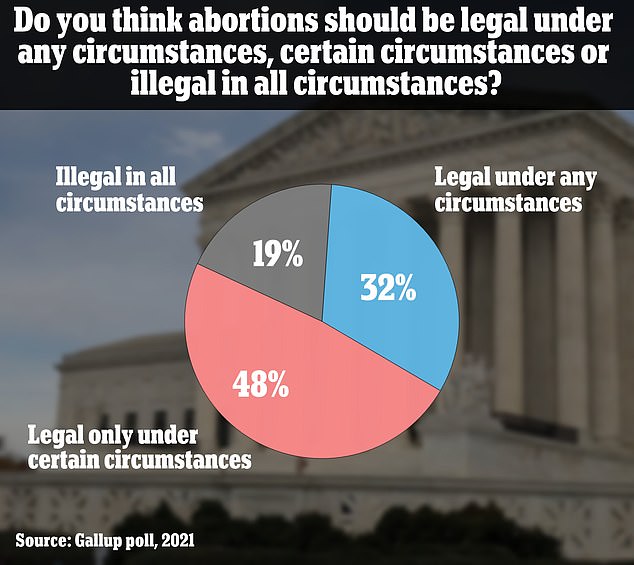 By and large, Americans are pro-choice however they are almost split evenly on whether abortions should be legal after 15 weeks of pregnancy.

A recent ABC and Washington Post poll found that 54 percent of Americans believe Roe v. Wade should be upheld, whereas 28 percent believe it should be overturned.

Forty-two percent of people polled by The Wall Street Journal in April said they would favor a bill banning abortion after six weeks.

Forty eight percent said they would support the same law to apply after 15 weeks of pregnancy.

A  different poll by Marist and the Knights of Columbus – a Catholic organization – found that 44 percent of Americans think it should be down to the states to decide how to police it.

That same Marist poll found that 55 percent of Americans consider themselves pro-choice. A Gallup poll from 2021 put that number at 80 percent. 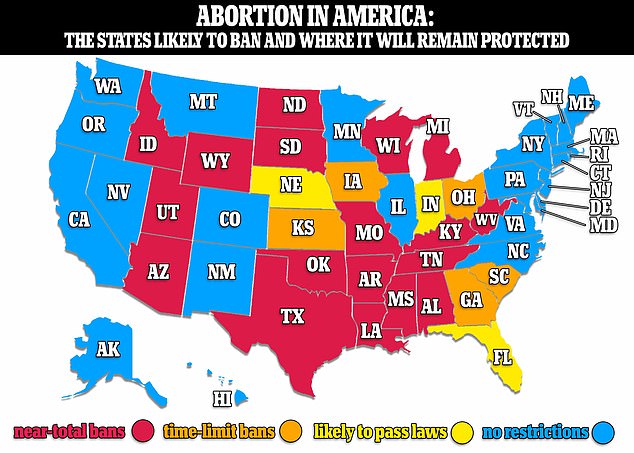 This is how the abortion landscape in America is likely to shape up if Roe v. Wade is struck down

Many Americans disagree on how, why and for how long women should be able to access abortions without restrictions.

Chief Justice John Roberts issued a statement on Tuesday after the leak to insist the draft was not the court’s final decision.

He vowed to find whoever was responsible for leaking the document and called it an ‘egregious breach’.

The governors of Democratic states like New York and California said they would always protect abortion rights in their states, and would welcome women from any where it becomes banned.

In the private sector, Amazon has vowed to pay for the medical and transport expenses of any employee who might not be able to access abortion if Roe v. Wade is struck down. 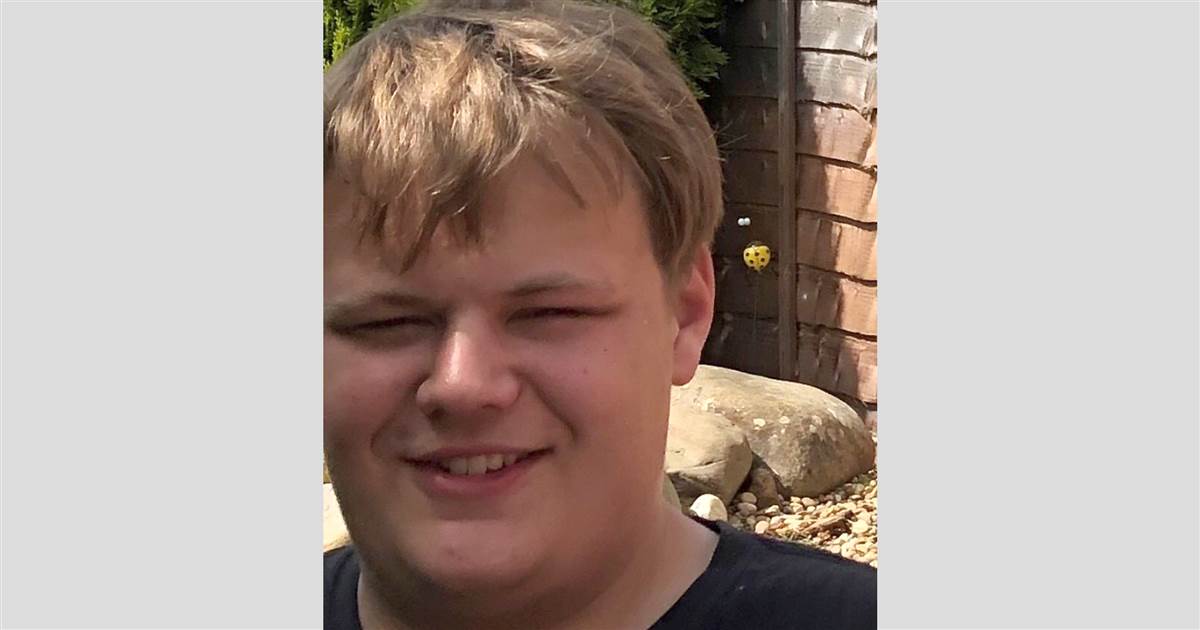 LONDON — A spouse of a U.S. diplomat has returned to the U.S. after being involved in a deadly crash in the […] 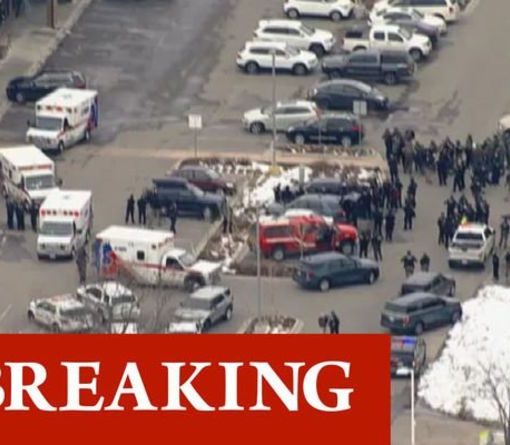 The police is responding to reports of a live shooter near a supermarket store in south Boulder. Officers were called to the King […] 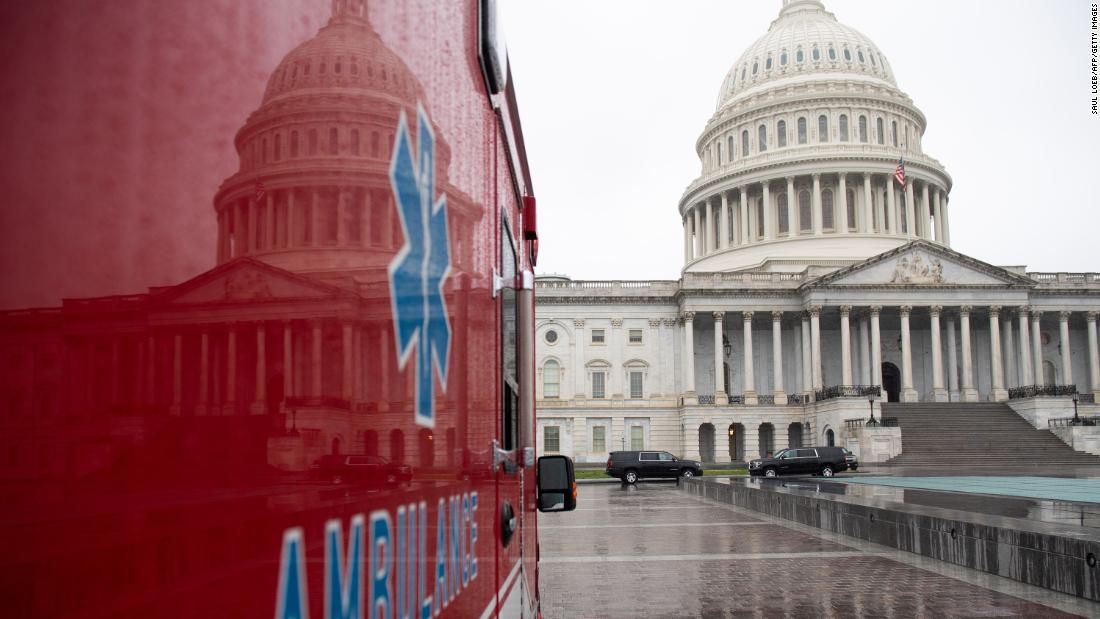 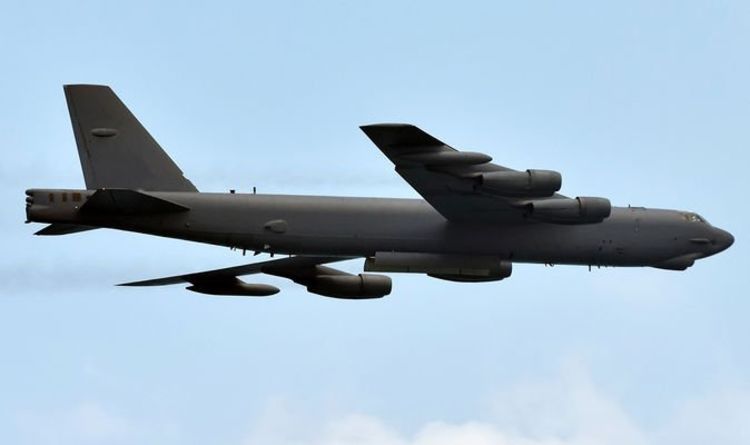