The Victorian treasurer, Tim Pallas, says his plan to protect jobs and the economy during the pandemic has paid off, with the state budget flagging a return to surplus within four years.

The 2022/23 deficit figure is $2.6bn higher than projected in the December budget update.

However, the budget will show the state performed better than expected during the current financial year. This is despite the emergence of the Delta variant of Covid-19, which forced Melbourne and other parts of Victoria into lockdown.

The government credits the result to short-term pandemic support initiatives. It expects expenditure will fall by almost 10% in the coming financial year as a result.

“The forecasts in the budget reveal why Victorians can continue to be confident about the future,” Pallas said.

“We’ve consolidated, we’re recovering strongly and the benefits are being shared across the state.”

The state’s premier, Daniel Andrews, on Monday described the budget as a “pandemic repair plan”, suggesting billions will be spent on addressing issues in the health system, such as ambulance delays and overcrowded emergency departments.

He said there would also be measures to encourage Victorians to see a GP for specialist referral sooner, ensuring fewer end up in the public hospitals.

The budget will show that the Victorian economy is expected to be 8.7% bigger at the end of 2021/22 than it was in 2018/19 – the last full financial year before the pandemic.

The Department of Treasury and Finance forecasts Victoria’s economy will continue to grow by 3.25% next financial year, and then 2.25% in 2023/24, and 2.75% in each of the following two years.

Victoria’s unemployment stands at a record low of 4%, with the regional unemployment rate at 3.2% – almost a full percentage point lower than the national average of 4.2%. The participation rate is also close to record levels.

The government says since September 2020 – the height of the pandemic economic shock – 280,000 extra Victorians have found work.

The state’s infrastructure spend, forecast to average $21.3bn annually over the next four years, has also supported almost 200,000 jobs, it said.

“The jobs story in Victoria is remarkable – it shows the plan to protect the community, the economy and workers has delivered,” Pallas said, referring to his four-step fiscal strategy first unveiled in the 2020 budget.

The plan involves creating jobs, reducing unemployment and restoring economic growth, returning to a cash surplus, then to an operating surplus and finally to stabilise debt levels.

He said the first three steps are on track, with initiatives to stabilise debt to be outlined in the budget.

So far the government has announced a handful of measures in the budget, including $250m for a $250 payment for every household that seeks out a better power deal, $277.5m to combine the Victorian Certificate of Education and the Victorian Certificate of Applied Learning from next year. A further $157.8m has been announced to upgrade train stations, bus stops, and tram stops across the state to make them more disability-friendly.

The government will also spend $55.6m to implement the Crown royal commission recommendations and announced that from July 2023, the casino’s 2600 pokies machines will be subject to the same tax rates as those operated by not-for-profit, community-based venues such as RSLs. The move is expected to raise $30m in revenue each year. 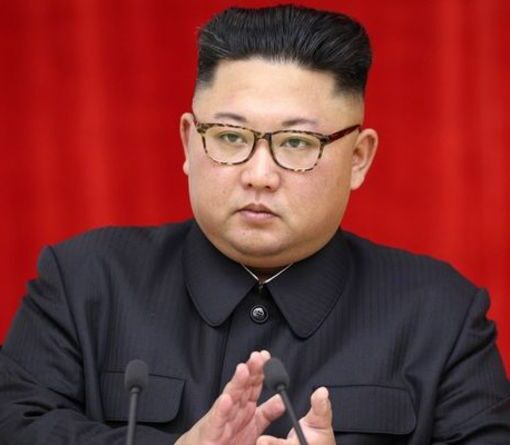 The formation, featuring potentially thousands of people, was spotted at the Kim Il Sung Square last Saturday by satellites. According to North […]

(Refiles to change dateline to June 25) LONDON, June 25 (Reuters) – Monkeypox is not yet a global health emergency, the World […]