KYIV, Ukraine (AP) — Ukrainian forces fought to hold off Russian attempts to advance in the south and east, where the Kremlin is seeking to capture the country’s industrial Donbas region, and a senior U.S. defense official said Moscow’s offensive is going much slower than planned.

While artillery fire, sirens and explosions were heard Friday in some cities, the United Nations sought to broker an evacuation of civilians from the increasingly hellish ruins of Mariupol, where the mayor said the situation inside the steel plant that has become the southern port city’s last stronghold is dire.

Citizens are “begging to get saved,” Mayor Vadym Boichenko said. “There, it’s not a matter of days. It’s a matter of hours.”

— A former U.S. Marine was killed while fighting alongside Ukrainian forces, his family said in what would be the war’s first known death of an American in combat. The U.S. has not confirmed the report.

— Ukrainian forces are cracking down on people accused of helping Russian troops. In the Kharkiv region alone, nearly 400 have been detained under anti-collaboration laws enacted after Moscow’s Feb. 24 invasion.

— The international sanctions imposed on the Kremlin over the war are squeezing the country. The Russian Central Bank said Russia’s economy is expected to contract by up to 10% this year, and the outlook is “extremely uncertain.”

Getting a full picture of the unfolding battle in the east has been difficult because airstrikes and artillery barrages have made it extremely dangerous for reporters to move around. Both Ukraine and the Moscow-backed rebels fighting in the east also have introduced tight restrictions on reporting from the combat zone.

But so far, Russia’s troops and the separatist forces appear to have made only minor gains.

In part because of the strength of Ukrainian resistance, the U.S. believes the Russians are “at least several days behind where they wanted to be” as they try to encircle Ukrainian troops in the east, said the senior U.S. defense official, who spoke on condition of anonymity to discuss the American military’s assessment.

As Russian troops try to move north out of Mariupol so they can advance on Ukrainian forces from the south, their progress has been “slow and uneven and certainly not decisive,” the official said.

In the bombed-out city of Mariupol, around 100,000 people were believed trapped with little food, water or medicine. An estimated 2,000 Ukrainian defenders and 1,000 civilians were holed up at the Azovstal steel plant.

The Soviet-era steel plant has a vast underground network of bunkers able to withstand airstrikes. But the situation has grown more dire after the Russians dropped “bunker busters” and other bombs.

“Locals who manage to leave Mariupol say it is hell, but when they leave this fortress, they say it is worse,” the mayor said.

U.N. spokesman Farhan Haq said the organization was negotiating with authorities in Moscow and Kyiv to create safe passage.

This time, “we hope there’s a slight touch of humanity in the enemy,” the mayor said. Ukraine has blamed the failure of numerous previous evacuation attempts on continued Russian shelling.

Fighting could be heard from Kramatorsk to Sloviansk, two cities about 18 kilometers (11 miles) apart in the Donbas. Columns of smoke rose from the Sloviansk area and neighboring cities. At least one person was reported wounded in the shelling.

In his nightly video address, Zelenskyy accused Russia of trying to destroy the Donbas and all who live there.

The constant attacks “show that Russia wants to empty this territory of all people,” he said.

“If the Russian invaders are able to realize their plans even partially, then they have enough artillery and aircraft to turn the entire Donbas into stones, as they did with Mariupol.”

Ukrainian troops in the Luhansk region of the Donbas repulsed an attack by Russian airborne troops and killed most of their unit, the governor said.

“Only seven of the invaders survived,” Gov. Serhiy Haidai said Friday on Telegram. The claim could not immediately be confirmed.

He did not say where the attack took place but said Russian forces were preparing for an attack on Severodonetsk.

In a neighborhood on the outskirts of Kharkiv that is regularly shelled by Russian forces, some residents remain in their apartments, even though the buildings have charred gaping holes. There is no running water or electricity so they gather outside to cook on an open flame.

Ukrainian reservists staying in a neighborhood cellar say the Russians have hit the buildings with rockets, artillery and tank fire.

“A tank can come at a short distance and fire all of its ammunition on residential areas. It doesn’t care where. And it’s impossible to figure out where it will fire,” said Vladislav, who like others in the unit would only give his first name. “There is nothing here besides residential buildings, schools and kindergartens.”

Most of the reservists had civilian jobs before the war started and said they took up arms when the Russians invaded.

“When your city is being destroyed, when people close to you are being killed, there is no other option,” said a reservist named Ihor.

Another reservist, who goes by the nickname Malysh, expressed frustration that he wasn’t able to do more to stop the Russian advance.

“I took up arms, but unfortunately I can’t catch flying missiles with my bare hands and throw them back,” he said.

In the nearby village of Ruska Lozava, hundreds of people were evacuated after Ukrainian forces retook the city from Russian occupiers, according to the regional governor. Those who fled to Kharkiv spoke of dire conditions under the Russians, with little water or food and no electricity.

“We were hiding in the basement. It was horror. The basement was shaking from the explosions. We were screaming, we were crying and we were praying to God,” said Ludmila Bocharnikova.

“He wanted to go over because he believed in what Ukraine was fighting for,” she said, “and he wanted to be a part of it to contain it there so it didn’t come here, and that maybe our American soldiers wouldn’t have to be involved in it.”

The Marine Corps said Cancel served four years but was given a bad-conduct discharge and sentenced to five months’ confinement for violating orders. No details on the offense were given.

At least two other foreigners fighting on the Ukrainian side, one from Britain and the other from Denmark, have also been killed.

Associated Press journalists Jon Gambrell and Yuras Karmanau in Lviv, Mstyslav Chernov in Kharkiv, Yesica Fisch in Sloviansk, Lolita C. Baldor in Washington and AP staff around the world contributed to this report.

Follow AP’s coverage of the war in Ukraine: https://apnews.com/hub/russia-ukraine 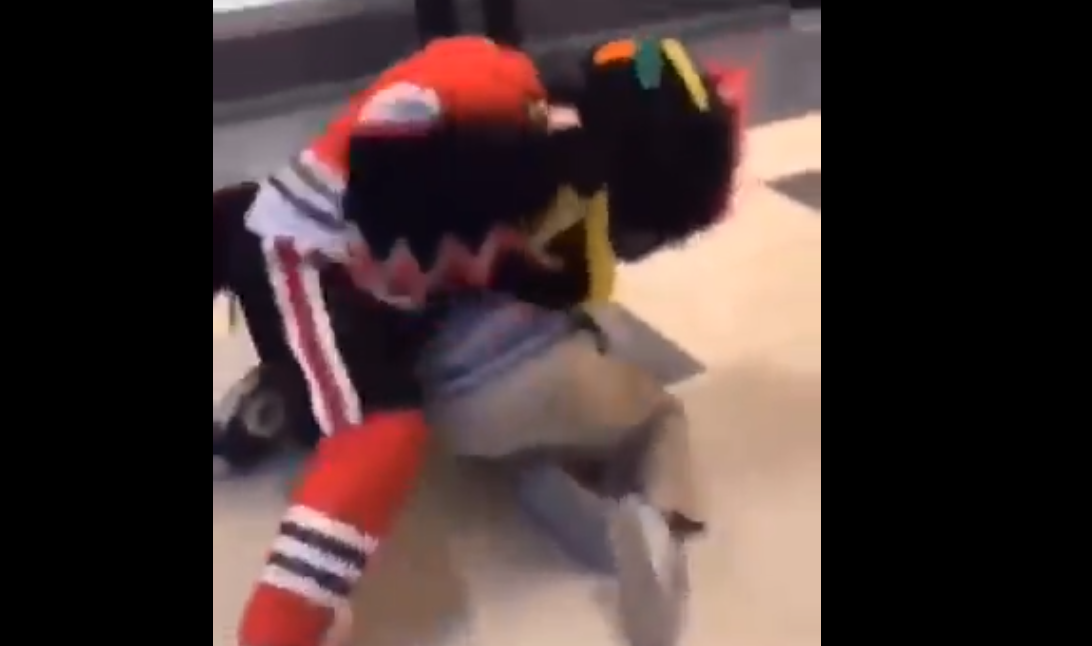 It appears as if one Chicago Blackhawks fan took a double loss on Friday night. A video that has popped up on […] 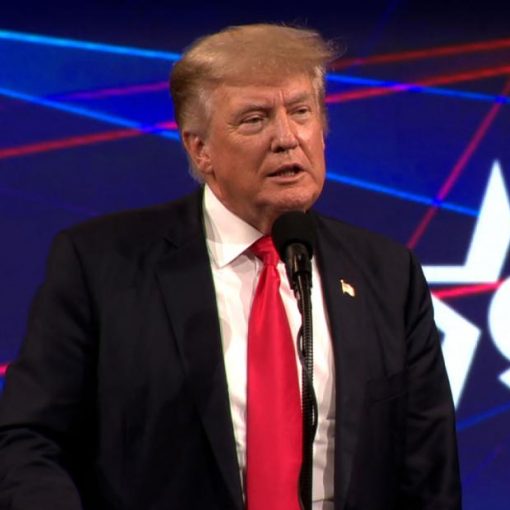 The political gathering normally serves as an audition for Republican presidential contenders, but the three-day session was yet another example of how […] 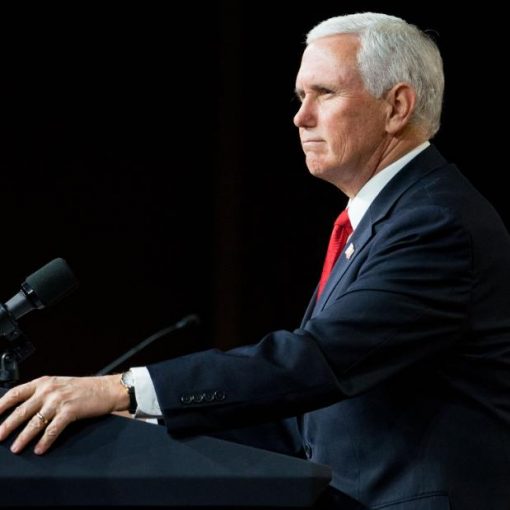 Pence was there. When insurrectionists marched from then-President Donald Trump’s “Stop the Steal” rally up to Capitol Hill and overran the US […] 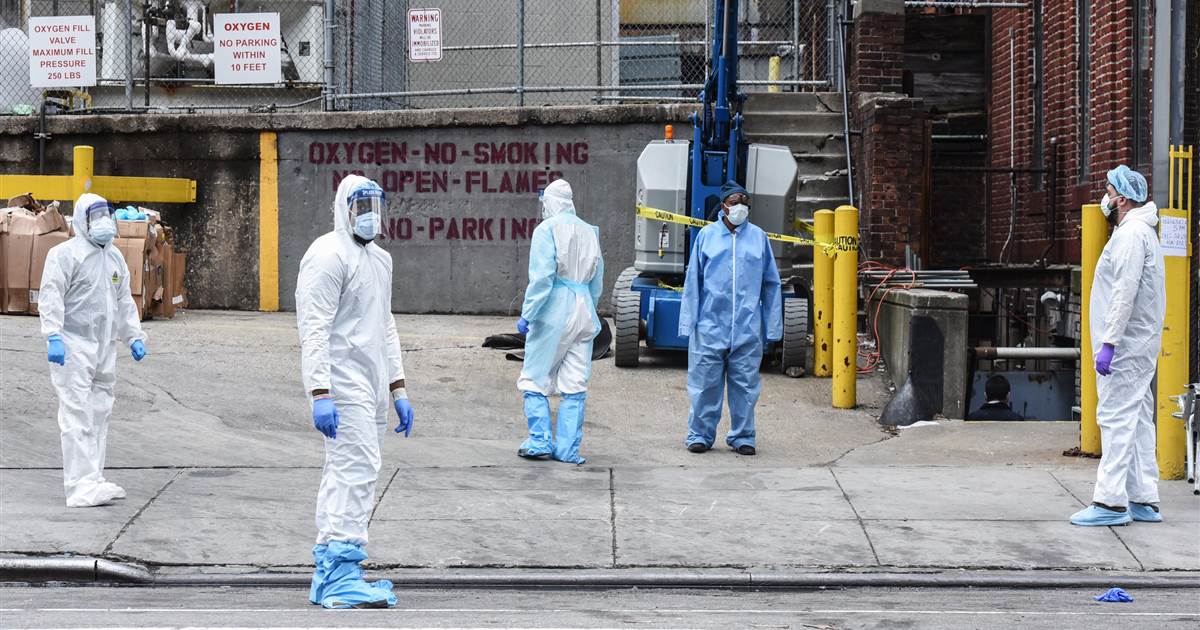 WASHINGTON — With U.S. public health experts warning of a cresting wave of coronavirus infections in the coming weeks, rates of transmission […]