Liverpool star Mohamed Salah won his second Football Writers’ Association Footballer of the Year award on Friday as he drew level with Manchester United ace Cristiano Ronaldo. Ronaldo won the award twice during his first stint with the Red Devils at the start of his career. The blockbuster duo are fighting to be remembered as the biggest icon in Premier League history. And Express Sport takes a look at which player could be given the honour.

Salah joined Liverpool in 2017 after the Reds shelled out £34million to prise him away from Roma. The forward had previously scored two Premier League goals for Chelsea but failed to establish himself at Stamford Bridge before moving to Italy.

Since returning to England, Salah has been unplayable at times and has scored a staggering 117 Premier League goals in 176 games for his current team. And he’s also laid on 49 assists. During his first season on Merseyside, he notched a staggering 32 top flight goals as he won the Premier League golden boot. He then shared the top scorer award in his second season as his 22 strikes were level with Pierre-Emerick Aubameyang and Sadio Mane.

And Salah played a starring role as Liverpool won their first ever Premier League title in 2020 as he found the back of the net 19 times that campaign. The Egypt international has spent the best years of his career in the Premier League and supporters have been treated to an abundance of scintillating performances as he’s run defenders ragged. And it’s difficult to argue against Salah being remembered as the biggest icon.

One achievement that could put Ronaldo ahead of Salah is the fact he won his first Ballon d’Or as a United player in 2008. Salah, meanwhile, has never been recognised as the best player in the world. But Ronaldo never spent the best years of his career in the Premier League.

The debate will surely rage on and Thierry Henry, who won the Football Writers’ Association Footballer of the Year three times during his playing days, may think he should be regarded as the Premier League’s greatest. And then there’s Sergio Aguero, Steven Gerrard and Kevin de Bruyne as well as a whole host of other top flight world beaters. One thing is for sure – Premier League fans have certainly not been starved of top-class players over the years. 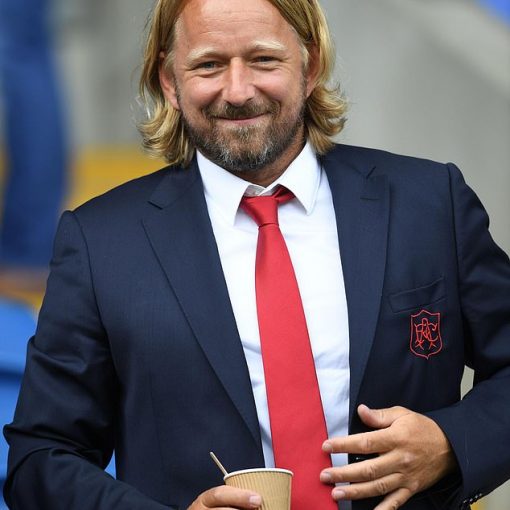 ‘Monster’ Matteo Guendouzi should still be part of Mikel Arteta’s Arsenal squad, insists Sven Mislintat (the man who signed him)… as transfer […]

Italy produced the biggest win against European opposition in their history when they crushed Armenia 9-1 in Palermo. The Azzurri, who had […]