Emily Miller always wanted her wedding to have a storybook element. For her, that did not mean a ride in a horse-drawn carriage or a gown fit for a princess. It meant a celebration filled with books.

She and her husband Alex Seher, 31, a product manager at a lighting manufacturer, had originally planned to marry in the spring of 2021 at a Baltimore library, and give their guests custom bookmarks as favors.

But when they decided to postpone their wedding to March 26 because of the pandemic, they learned the library would not reopen in time. They soon booked another venue, the Engineers Club of Baltimore. The club had the “grandeur” of their original location, Ms. Miller, 30, said. But it lacked a key component: books.

To make it more bookish, the couple staged what she called an “open book bar” during cocktail hour. Available for their 120 guests to take were copies of 22 fiction and nonfiction titles related to the city of Baltimore, where the couple has lived since 2015, or by authors with connections to it. They included “Role Models” by John Waters and the short story collection “Baltimore Noir,” along with other works by Edgar Allan Poe and Zora Neale Hurston.

By the end of the evening, all had been snapped up.

“Nothing could have prepared me for how enthusiastic everybody was,” said Ms. Miller, who works as a manager at Greedy Reads, a bookstore with multiple locations in Baltimore. She used her employee discount to purchase the books for their wedding, which cost the couple $1,200.

“I loved seeing them all talking about, ‘What book did you take?’” she added.

Wedding favors have fallen out of fashion, with many couples putting money toward the costs of food and flowers instead, said Reneé Patrone Rhinehart, the owner of Events by Renee in Wayne, Pa.

Those who do have the budget for favors are spending it on items that feel more personal, she added, noting that a curated selection of books allows a couple to “share their passion with their guests and make it more memorable.”

Mark Pearson, 41, the chief executive at Libro.fm, an audiobook platform that he co-founded, and Marisa Gilmore spent a day choosing books as favors for the 34 guests who attended their black-tie wedding on Jan. 15.

They focused on titles their attendees likely wouldn’t buy for themselves, a process that encouraged them to “reflect on each person’s relationship to us and what they would like,” Ms. Gilmore, 32, said.

A data science manager at Meta, Ms. Gilmore added that she often offers unsolicited book recommendations and didn’t mind “pulling the bride card” by “making everybody read a book I recommended to them, or at least take it home.”

Following their ceremony at a church in Austin, Texas, the newlyweds hosted a dinner at Justine’s Secret House, a local events space. There, attendees found their seats by perusing personalized bookmarks paired with titles including Benjamin Lorr’s “The Secret Life of Groceries” and Yaa Gyasi’s “Transcendent Kingdom” at each place setting.

The thoughtfulness of the pairings resonated with guests. Jill Sinex, the groom’s aunt, said the book she received, “Liturgy of the Ordinary” by Tish Harrison Warren, “made me feel like they really knew what was important in my life.”

When the newlyweds and a smaller group went two-stepping at a bar after the reception, the favors also caught the attention of onlookers. At a time when more celebrities and influencers have been spotted carrying books in public, “we really stood out” walking into the bar with titles in hand, Mr. Pearson said, adding that they soon became identifiable to the bouncer as “the book people” — a fitting moniker, as their favors, which cost around $900, were purchased at an Austin store called BookPeople.

In considering wedding favors, Rachel Hoffberger, the owner of Plan It Perfect, an events company in Baltimore, tells her clients not to bother unless the item is something guests will want to keep.

Books can meet that criteria, according to Ms. Hoffberger, who served as the day-of coordinator at the November 2021 wedding of Alexis Causey, 30, and David L. Marin, 29, which featured a book bar stocked with the couple’s favorite titles.

“Everybody checked it out,” Ms. Hoffberger said. “It was almost like they were going to a bookstore and shopping.”

Ms. Causey, who works in human resources, and Mr. Marin, a geographic information systems planner, live in Baltimore; they also worked with Greedy Reads, spending $1,241 on books for the 100 guests who attended their nuptials at the Elkridge Furnace Inn in Elkridge, Md.

Mr. Marin said the price was worth it “to share a part of ourselves and get the reaction that we did.” Mary Miles, a guest and friend of the groom’s, characterized that reaction this way: “I have never seen so many genuine smiles at a wedding, especially over the favor.”

Ms. Causey, a self-described introvert, noted that their favors also provided a welcome distraction for attendees who didn’t want to dance or socialize. Instead, they could “sit down and read a book,” she said.

She added that of all their wedding’s elements, curating the book bar privately with Mr. Marin was the “most exciting thing to plan” because for “almost all the other aspects, we had to take other people’s opinions into account.”

The price for wedding favors can vary; in Ms. Hoffberger’s experience, clients can spend as little as $1 per person on a generic gift and up to $10 per person for something personalized. New books are on the high end of that cost spectrum, but there are ways to save money on such favors.

After eloping in 2020, Rachel Wilcox, 30, a supervisor at a national construction company, and David Wilcox, 30, an air-traffic control student, hosted a second wedding celebration last October at Stonebridge Country Club in Goffstown, N.H.

For the event, Mrs. Wilcox had first considered a “Star Wars” theme before ruling it over the top. She and her husband, who live in Somerville, Mass., had bonded over reading when they lived in separate states earlier in their relationship, so the couple settled on a literary theme instead.

It inspired her bouquet, which featured a paper flower fashioned from the page of a book; the seating cards for their 106 guests, which recalled library cards; and the centerpieces on each table, each of which included three to four books for attendees to take.

The two and their parents procured around 40 titles, figuring that would be enough for everyone who wanted one, and purchased them all at used bookstores and Goodwill for less than $250.

Well before the event ended, all of the centerpieces’ books had been taken, Mrs. Wilcox said. She added that one guest hid an entire table’s worth under her boyfriend’s jacket to safeguard them.

“People had so much fun with it,” she said, but perhaps no one more so than the couple.

“We care about all the other worlds you can visit through reading,” Mrs. Wilcox added. “I don’t care if everyone else thinks we’re nerdy. We are and I’m fine with it.” 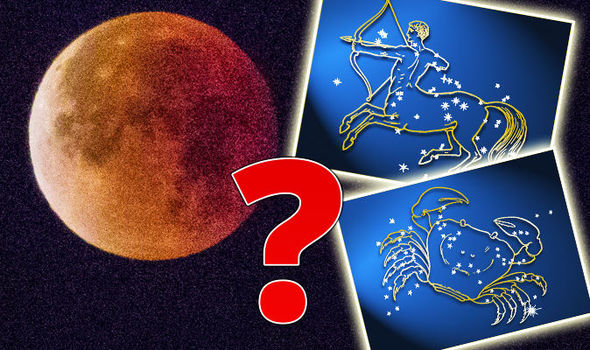 Your star sign suggests elements of your character and happenings in your future, according to astrology. With the 27 July 2018 blood […] 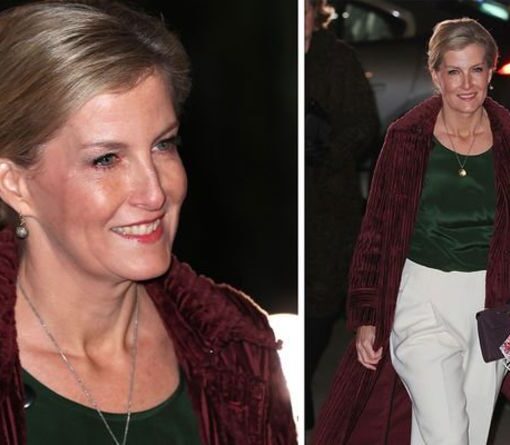 For the occasion, Sophie opted for white trousers, a green blouse and a maroon jacket.   Following Covid regulations, the royal was seen carrying […] I’m starting a new chapter in my life. I’ve got a closet full of beautiful blazers, denim shirts, crewnecks and scarves that […] 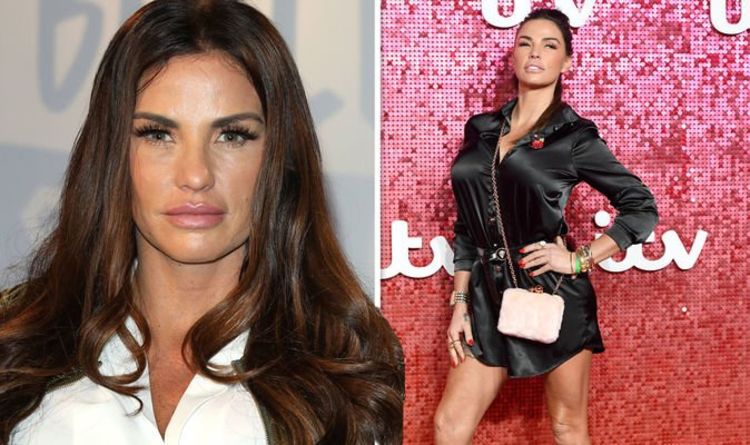 Katie Price was rushed to A&E in Turkey and is now preparing to fly home for an emergency operation. She has reportedly […]