Russia’s Black Sea flagship has been badly damaged and may have sunk after Ukraine claimed to have shot it with two cruise missiles in what would be another humiliating loss for Vladimir Putin’s armed forces.

The Moskva, a Soviet-era Slava class guided missile cruiser, was struck with two Neptune cruise missiles on Wednesday evening off the coast of Odesa, according to the Ukrainian government.

Moscow has acknowledged a fire on board the vessel with state media saying its 510-strong crew were evacuated after the blaze threatened to ignite ammunition – though it refused to say what caused the blaze, saying only that the incident is being ‘investigated.’

But Ukrainian media and open-source intelligence sources claimed to have intercepted distress and Morse code signals that suggested the ship was sinking, with a Telegram channel with links to the Russian military saying the ship had rolled on to its side after being struck.

If confirmed, the loss of the Moskva would mark the single-largest casualty inflicted by Ukraine on the Russian military during the war so-far and would be yet another hugely embarrassing loss for the Kremlin’s forces.

Destroying the Moskva is all the more symbolic because it was the warship that had demanded the surrender of 13 Ukrainian troops on Snake Island in the early days of the war – receiving the now-iconic response: ‘Russian warship, go f*** yourself.’ 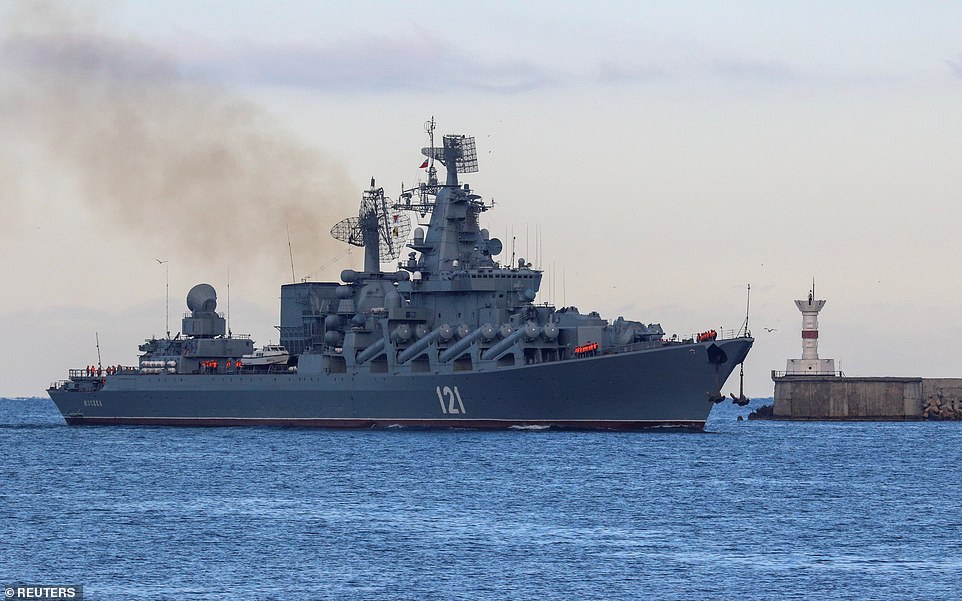 The most important ship in Russia’s Black Sea fleet, the Moskva (pictured, file photo) missile cruiser, was badly damaged after ammunition on board blew up, Russia said on Thursday

She replaced the Kynda-class cruiser Admiral Golovko as the flagship of the Russian Black Sea Fleet.

Although it is not a new ship, the impressive cruiser was named after Moscow and is armed with 16 fixed launchers for P-1000 anti-ship missiles and rail launchers for 40 Osa missiles.

The missile cruiser usually has a crew of over 500 and contains intricate vertical tubes for 64 S-300 air-defence missiles and an array of guns, making her fire power one of a kind.

Despite Moskva’s impressive features, the ship was badly damaged when ammunition on board blew up, Interfax news agency quoted the defence ministry as saying on Thursday.

Interfax said all the crew had been evacuated. It cited the ministry as blaming the blast on a fire and said the cause was being investigated.

A Ukrainian official earlier said the Moskva had been hit by two anti-ship missiles but did not give any evidence.

Russian news agencies said the Moskva was armed with 16 anti-ship ‘Vulkan’ cruise missiles with a range of at least 440 miles. Interfax did not give more details of the incident.

In April 2021, the agency quoted a retired Russian admiral as saying ‘this is the most serious ship in the Black Sea’.

Neither Ukraine or Russia has given an official account of what happened to the Moskva – though sources speaking to Telegram channel Reverse Side of the Medal, which has links to the shady Russian Wager military group, have given a detailed account.

According to those sources, Moskva was sailing in the Black Sea between the Ukrainian port cities of Odesa and Mykolaiv when it was targeted on Wednesday evening.

They struck the ship on the port side, the sources claimed, causing it to partially roll over. Choppy conditions at sea combined with the roll meant the ship began taking on water.

Due to fears that the ship’s ammunition could detonate, the Moskva was evacuated and has now sunk, the sources added.

Ukraine has not confirmed this account, though has claimed to have carried out a successful strike on the Moskva.

Ukrainian presidential advisor Oleksiy Arestovych said that ‘a surprise happened with the flagship of the Russian Black Sea Fleet’, the Moskva – a 600-foot, 12,500 tonne Project 1164 Slava class guided missile cruiser that was first launched in 1979.

‘It burns strongly. Right now. And with this stormy sea it is unknown whether they will be able to receive help. There are 510 crew members,’ he said in a YouTube broadcast. ‘We don’t understand what happened.’

As news came in of the explosion, weather conditions in the Black Sea were reported to be poor, raising questions over whether the warship could stay afloat if it was severely damaged in the explosion and evacuated.

Russian news agencies said the Moskva was armed with 16 anti-ship ‘Vulkan’ cruise missiles with a range of at least 440 miles. Interfax did not give more details of the incident.

In April 2021, the agency quoted a retired Russian admiral as saying ‘this is the most serious ship in the Black Sea’.

CNN reported in 2015 that the Moskva was stationed off the coast of Syria at the time as a deterrent against aircraft intervening in the conflict at the time. It was deployed after a Turkish jet shot down a Russian fighter in Syria a month prior.

The report, which included footage of a journalist on-board the warship having been invited on by Russian forces, detailed the Moskva’s on-board arsenal, including eight huge missile launchers which – the report said – could house nuclear warheads.

At the time, the reporter said there were none on board, and it was then being used for its sophisticated ground-to-air defence system.

In February, Putin ordered Russia’s nuclear forces to be put on high alert, and threatened NATO allies with ‘consequences greater than any you have faced in history’ should they intervene in the Ukraine conflict.

The Mosvka (Moscow) gained notoriety early in Moscow’s war when Ukrainian border troops defending the strategic ‘Snake Island’ were heard in a viral audio recording telling the warship to ‘go f**k yourself’ after its crew called on them to surrender.

The 13 defenders of the island were taken into custody by Russian forces, and later released. Roman Gribov, who made the now-famous comment, received a medal.

Last month Ukraine said it had destroyed a large Russian landing support ship, the Orsk, on the smaller Sea of Azov to the northeast of the Black Sea.

Moscow has not commented on what had happened to the ship, but satellite imagery showed a large vessel destroyed and partially sunk in Berdyansk. 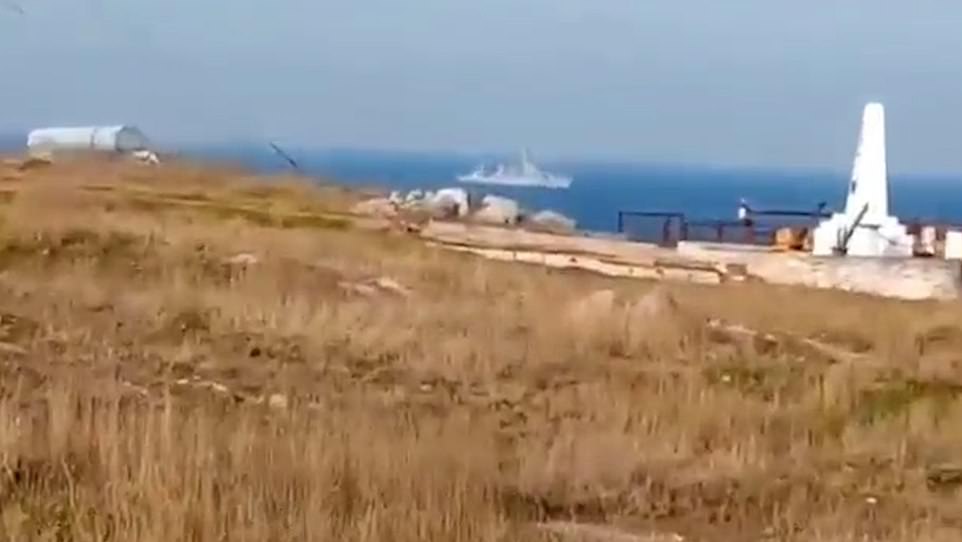 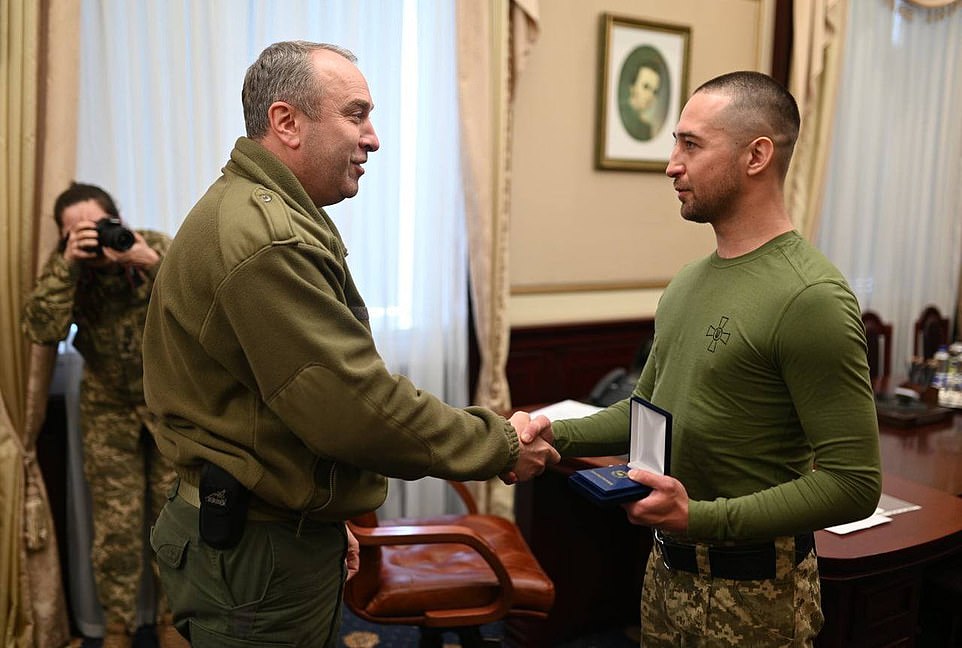 Border guard Roman Gribov right, who served on Snake Island and on the first day of Russia’s invasion, became famous for his response to an ultimatum from the Russian missile cruiser Moskva, shouting to the invaders: ‘Russian warship, go f**k yourself’. He later returned home from captivity and was awarded a medal (pictured)

The Moskva missile cruiser left Sevastopol, Crimea in February for the Black Sea as part of Russia’s invasion of Ukraine, launched by Vladimir Putin on February 24.

Roman and his friends had been stationed on the 40-acre Snake Island near the Ukrainian and Romanian coasts on the Black Sea, and were on the small speck of land when the Moskva arrived.

The rocky island – known as Zmiinyi Island in Ukrainian – has a marine research station and is understood to be strategically important because of its resources including petroleum.

The recording of a Naval radio channel featured a Russian officer aboard the Moskva giving an ultimatum to Ukrainian forces on the island to surrender, or face being annihilated by the warship’s missiles.

After a short period of silence, Roman is heard asking a colleague, ‘Well this is it, should I tell him to go fuck himself?’ Another voice said, ‘Just in case…’

The volume was turned up as Roman responded: ‘Russian warship, go f**k yourself.’

His words came to epitomise the David v Goliath spirit that has marked Ukraine’s spirited resistance against the Russian war machine. Roman’s pugnacious message even prompted a patriotic poster campaign across the nation.

Although Ukrainian officials initially said all 13 guards had died in the subsequent Russian attack, President Zelensky later said some of them survived.

A civilian ship called ‘Sapphire’ was sent to Snake Island to check on casualties after the island was seized by the Russians, but the crew also ended up being captured.

They held for a month in a secret jail in Russia where Roman  lost 22 pounds and was ‘degraded’, but he later insisted he is ‘not a hero’.

Ukraine warned late on Wednesday that Russia was ramping up efforts in the South and East as it seeks full control of Mariupol, in what would be the first major city to fall. Western governments are sending more military aid to bolster Kyiv.

Russia’s defence ministry on Wednesday said 1,026 soldiers from Ukraine’s 36th Marine Brigade, including 162 officers, had surrendered in Mariupol, which has been besieged for weeks, and that the port was fully under its control. 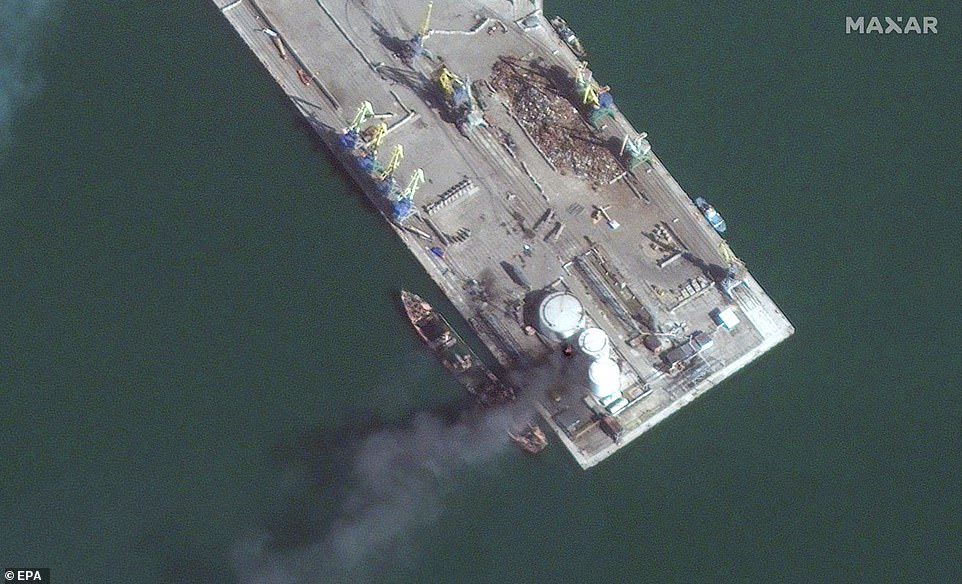 LAST MONTH: A satellite image made available by Maxar Technologies shows a burned and partially submerged Russian landing ship – the Orsk – near one of the port’s loading/unloading quays, in the southern port city of Berdyansk, Ukraine, 25 March 2022

Capturing its Azovstal industrial district, where the marines have been holed up, would give the Russians full control of Ukraine’s main Sea of Azov port, reinforce a southern land corridor and expand its occupation of the country’s East.

Ukraine’s general staff said Russian forces were attacking Azovstal and the port, but a defence ministry spokesman said he had no information about any surrender.

‘Russian forces are increasing their activities on the southern and eastern fronts, attempting to avenge their defeats,’ President Volodymyr Zelenskiy said in a Wednesday night video address.

Reuters journalists accompanying Russian-backed separatists saw flames billowing from the Azovstal area on Tuesday, a day after Ukraine’s 36th Marine Brigade said its troops had run out of ammunition.

Senior U.S. officials are weighing whether to send a top cabinet member such as Secretary of State Antony Blinken and Defense Secretary Austin Lloyd to Kyiv in a show of solidarity, a source familiar with the situation said.

It will impose tit-for-tat sanctions on 398 members of the U.S. House of Representatives and 87 Canadian senators, Interfax cited the foreign ministry as saying, after Washington targeted 328 members of Russia’s lower house of parliament.

Ukraine says tens of thousands of people are believed to have been killed in Mariupol and accuses Russia of blocking aid convoys to civilians marooned there.

Its mayor, Vadym Boichenko, said Russia had brought in mobile crematoria ‘to get rid of evidence of war crimes’ – a statement that was not possible to verify. 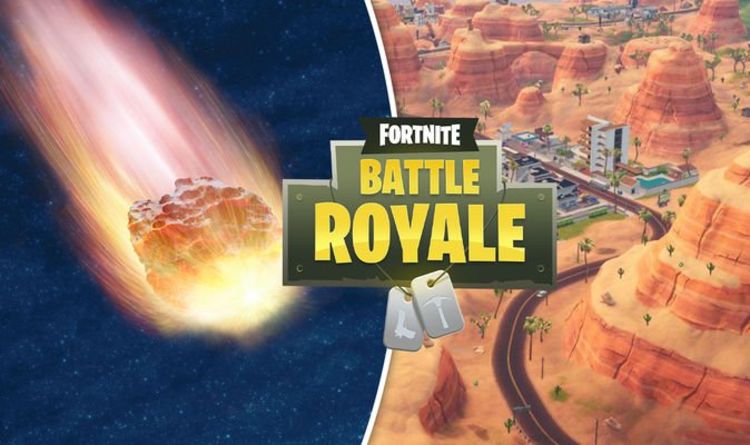 The Fortnite Season 11 map has leaked ahead of the Season 10 in-game event. According to a new leak on the Italian […] 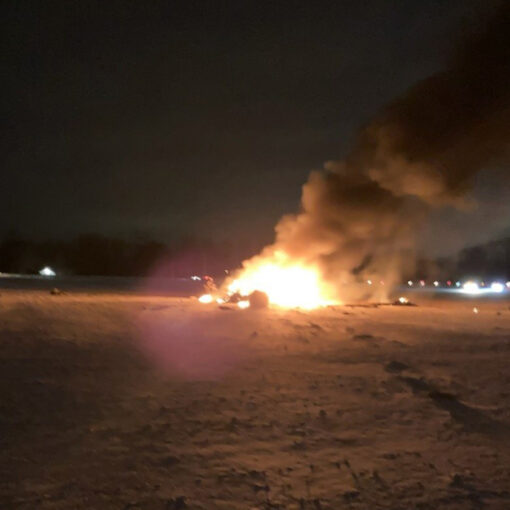 Three people were killed when a military helicopter crashed in upstate New York Wednesday evening, according to reports. The fatal crash occurred […]

Get the Mach newsletter. SUBSCRIBE Scientists at MIT have created a four-legged robot that can climb debris-ridden stairs and leap almost three […]