Dustin Martin WILL return to the field for the Tigers despite rumours grieving star is going to retire, says club heavyweight: ‘Not a matter of whether, but when’

Richmond star Dustin Martin will definitely return to play for the club because of his great love for football, according to Tigers senior advisor Neil Balme.

Martin, 30, has missed the club’s last two games as he takes indefinite leave from playing as he grieves over the sudden death of his father Shane, who passed away in December last year aged 54.

‘It is a personal issue for him that he has to get organised and we know he loves playing footy, so it is not a matter of whether, it is a matter of when,’ Balme told the RSN Breakfast Club radio show on Wednesday. 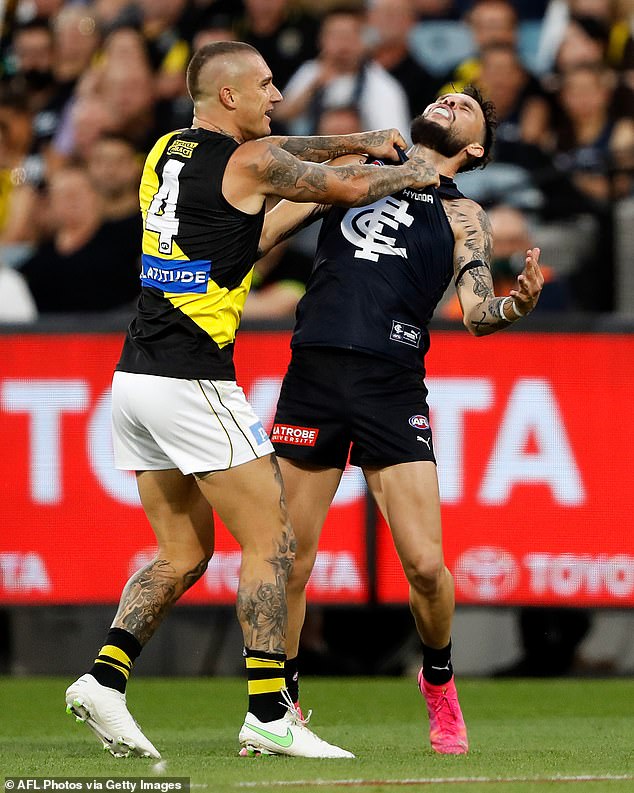 Martin clashes with Carlton’s Zac Williams in Richmond’s first match of the 2022 season. He hasn’t played since as he takes indefinite leave to deal with the death of his father 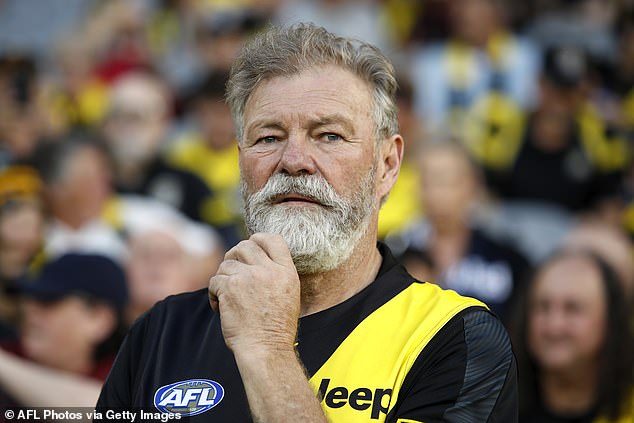 ‘We know that if we do the right thing by him and allow him to work through his stuff, that when it is his turn, he will give back a lot more to us as well.

‘If it were up to us, we would say today is the day (he should return), but obviously there is a lot more going on than we can control.’

Balme added that he’s proud of the fact Richmond is putting Dustin’s need to resolve personal matters ahead of the club’s need to have him on the field.

Martin has been spotted enjoying his time away from footy in recent days. 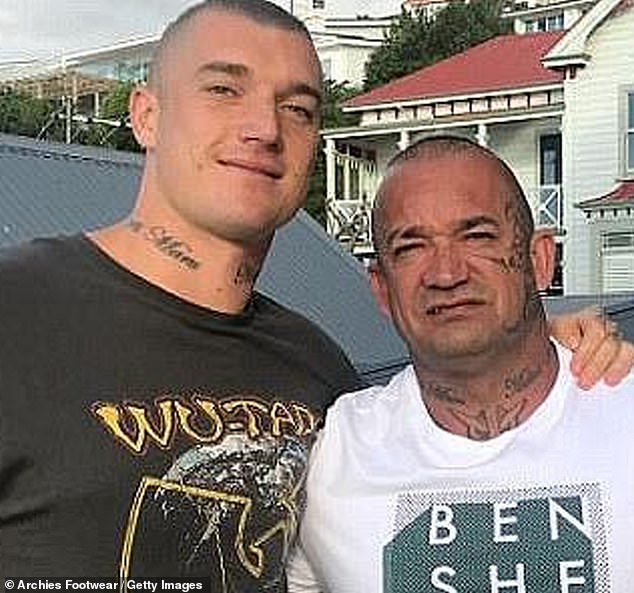 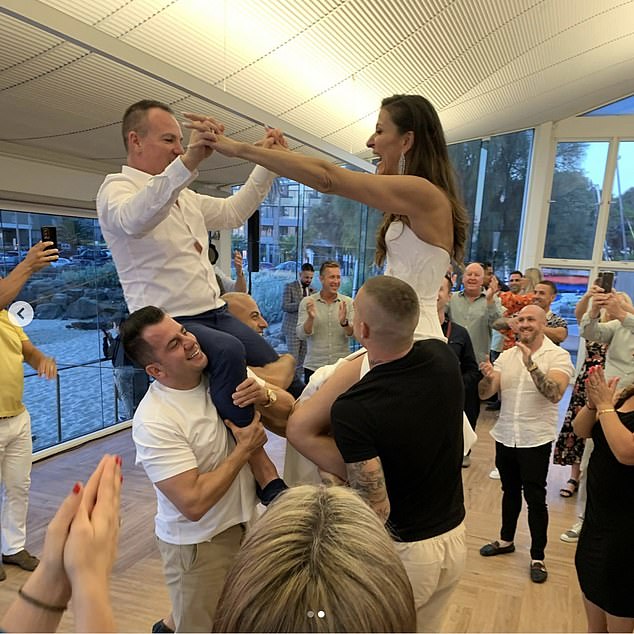 The Tigers gun (in black shirt with back to camera) has been spotted enjoying his time away from the game, seen here at the wedding of his mate Mick Hargraves last Saturday

He attended the wedding of BoxingFit boss Mick Hargraves and his partner Vicky Sim at the Port Melbourne Yacht Club last Saturday, and was seen having breakfast with an unnamed friend at a cafe in the Sydney beachside suburb of Cronulla on Tuesday.

There has been speculation the three-time flag winner could retire from the AFL after playing 261 games since his debut in 2010. He was also badly hurt in 2021 when his kidney was lacerated in a hit that left him in hospital for nine days.

Tigers coach Damien Hardwick gave some insight into Martin’s state of mind when he told the AFL 360 program, ‘He’s had a really tough six months … first with the injury and then with the loss of his father.

‘He just needs some time to heal. Grief is like an injury, there’s no two ways about it, you have to get some treatement to make yourself heal, and he’s just taking the time to do that.’

6.19pm GMT18:19 The teams! The team sheets have been handed in, and the key names tonight are these ones: Arsenal: Leno, Bellerin, […] 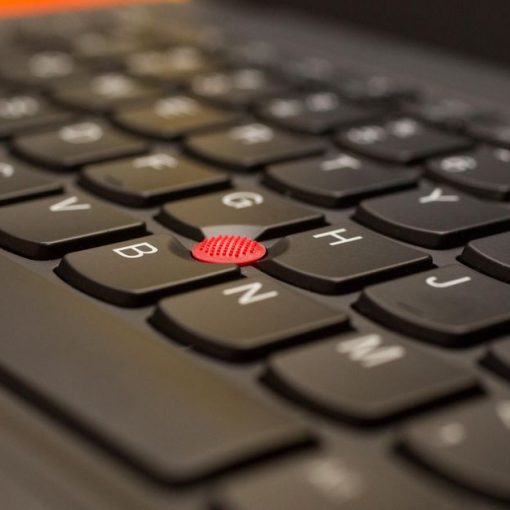 Lenovo’s annual Presidents Day sale is on. You’ll find huge price cuts on all variety of laptops, from business-class ThinkPads to two-in-one […]

Agustin Creevy has described England as boring and claimed that the World Cup match on Saturday will be “like a war”. The […]