The Lands Between is a deadly place, so it’s only right that the fates bestow you with a boon before pushing you into hell. Each of these Elden Ring keepsakes provide its own particular benefit, and depending on which Elden Ring class you choose, you’ll likely want a certain starter gift to go with it.

When creating your character in Elden Ring, you get to choose a starting boon that will offer you a little assistance in the world. Similar to Souls’ grave gifts, these range from free upgrades, to items and keys that you might use later in the game. Here’s what you can get:

These special items follow a similar theme to the Dark Souls games: the Crimson Amber Medallion replaces the Life Ring, the Golden Seed swaps out for the Estus Shard, and there’s even the Elden Ring Stonesword Key that will lead to treasure a little further down the road. If you’re intent on making your experience tougher, you can even say no to the starting gift, or choose the one that aggros enemies.

In this Elden Ring starter gift guide, we’ll take a look at each of these boons, and which will likely prove more powerful than others or pay dividends later on.

There are lots of great gifts available at the beginning of Elden Ring, but it really depends on what you want to make easier. An Elden Ring golden seed, for example, will give you an extra charge of your flask for healing or FP, which is a really powerful starting boon. The Bewitching Branch gives you five opportunities to charm enemies to fight for you, and that can be very powerful if you pick the right foes.

However, we think the best keepsake is the Stonesword Key, since golden seeds become a lot easier to find later on. These keys stay rare throughout the game. Like Pharros Lockstones from Dark Souls 2, you can plug this key into a statue to open a doorway that usually leads to treasure or a secret location. There’s one such doorway right at the start of the game leading into Elden Ring’s Fringefolk Hero’s Grave dungeon. This is probably the hardest dungeon in Limgrave, with a really tough boss especially if you’re trying it at the start of the game.

This dungeon does give some great rewards, though, such as NPC Spirit Ashes in the form of Oleg, a golden seed, a powerful talisman, and a hefty sum of runes to spend on leveling. So, if you want a challenge and some rewards, I recommend taking the Stonesword Key. Failing that, go for the golden seed. The Fanged Imp Ashes are also fun, but you’ll need the Spirit Calling Bell first, and when you get that, you’ll get the Lone Wolf ashes for summoning anyway.

Crimson Amber Medallion
“A medallion inlaid with Crimson Amber. Raises max HP.”
It doesn’t get much simpler than that, really. The Crimson Amber Medallion will make Elden Ring’s early game just a little bit more forgiving. HP boosting items like this don’t tend to be particularly useful long-term, however, so you’re probably better off with the next item on our list.

⭐Golden Seed
“A golden seed washed ashore from the Lands Between. Said to reinforce Sacred Flasks.”
The Golden Seed is Elden Ring’s equivalent of an Estus Flask Shard from Dark Souls, and will let you upgrade the amount of charges your Sacred Flask can store. This is a more flexible and useful item that accomplishes the same purpose as the medallion.

Lands Between Rune
“The gold of grace shining in the eyes of the people of the Lands Between. Use to gain many runes.”
This one is definitely a skip, as Elden Ring is littered with runes, the game’s equivalent of XP or or Dark Souls’ well, souls.

Fanged Imp Ashes
“The ashes of small, diminutive golems. Ashes are said to hold spirits within.”
Spirit ashes are a new form of summoned help in Elden Ring, distinct from the game’s co-op or story-based NPC helpers. Spirit Ashes may be used in certain fights to bring in some backup, usually weaker than a real human compatriot or those aforementioned NPCs, but still useful. While you could do worse than the Fanged Imp Ashes, you can quickly find superior minions with our guide on where to find Spirit Ashes in Elden Ring.

Cracked Pot
“Three strange cracked pots that somehow mend themselves. A container for certain thrown items.”
Cracked Pots function in Elden Ring’s crafting system, and are reusable components in the making of this game’s equivalent to Firebombs from Dark Souls. Definitely one of the more useful keepsakes.

⭐Stonesword Key
“Two stone keys shaped like swords. Breaks the seal on imp statues but can only be used once.”
This is the S tier keepsake. The rewards behind imp statue fog doors trump everything the other keepsakes have on offer.

Bewitching Branch
“Five sacred branches charged with beguiling power. Said to originate from Demigod Miquella.”
The ability to charm enemies to fight on your side can certainly turn the tide of some fights, and could yield some very funny results if used on the right target. However, the Bewitching Branch’s nature as a consumable makes it inferior to the Fanged Imp Ashes if what you want is combat support.

Boiled Prawn
“Five pieces of boiled prawn. Boosts physical damage negation.”
Again this item’s nature as a consumable makes it immediately inferior to the Crimson Amber Medallion or Golden Seed. The bottom-tier Boiled Prawn may have some utility as the meme option of Elden Ring Keepsakes, however.

Shabriri’s Woe
“The crazed likeness of a goddess with no eyes. Attracts enemy aggression.”
A choice for a masochist who wishes to eschew stealth, or more tactically, a player looking to engage in jolly cooperation and tank for their hosts.

Since I started Elden Ring a little later than most, I’ve decided to trust Sean and Ted and go with their “S-Tier” recommendation. The Golden Seed was tempting, but I’m trusting that, as Sean says, they crop up more regularly than these elusive keys.

Key for me. I absolutely cannot abide passing unopenable doors in games, and I know that even if I mark them on the map I’ll never remember to return to them later. Let me in.

I have a few saves now, but the very first keepsake I picked was the Crimson Amber Medallion. Elden Ring is hard, that’s nothing new. I was going to die a lot. So why not give me just a little health boost to keep me around just a little longer? I’m also regularly guilty in other FromSoftware games of putting all my levels into damage rather than vigor. Oops.

The early going of a FromSoftware game is often the most brutal part—you’re dropped into a scary world not quite sure how it all works, with no idea how long it might be until you get some good equipment. An extra flask goes a long way in those opening hours, making finding your feet just that bit more forgiving.

To me there was no other choice! A permanent flask upgrade right from the start? Thank you very much. 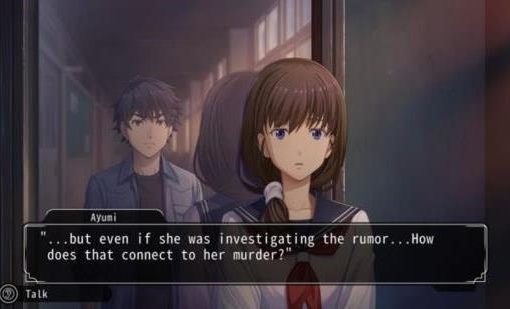 James Galizio: “Frustrations aside, Famicom Detective Club still manages to captivate all the same. It’s a miracle that these two Nintendo classics […] 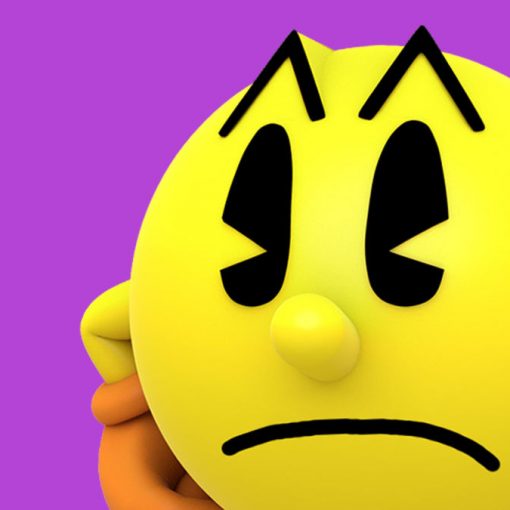