In jaw-dropping court documents filed on Friday morning, Baldwin says she’s the one that asked the gun be pointed at her; that the production was a smooth, well-oiled machine; that her widower, Matthew, has inexplicably gone from amenable to vengeful — and oh, how confusing and upsetting this is to Baldwin; and that hey, no matter what, Baldwin’s contract indemnifies him for any damages.

That $1.75 million antique Vermont farmhouse that Baldwin and his wife just bought must be top of mind.

That’s how delusional Baldwin is, how confident that he’s been that Matthew Hutchins would never sue — he’s busy adding to his NYC-Hamptons real estate portfolio, despite facing multiple lawsuits for pointing a gun at that poor woman.

Yes: Alec Baldwin did that.

“I would never point a gun at anyone,” Baldwin told ABC’s George Stephanopoulos, “and pull the trigger at them. Never.”

That contradicts Baldwin’s court filing, page 20, subsection 61: “She [Hutchins] directed Baldwin to hold the gun higher, to a point where it was directed toward her.”

Alec Baldwin is a liar and a coward. Blaming the dead — how unspeakably reptilian.
Baldwin also claims that it was Hutchins who directed him to pull back the hammer on the gun.

But then how can we trust him, when his view of the whole film seems far-fetched?

“From the moment Baldwin arrived,” reads the filing, “the morale on the set and the camaraderie of the crew was apparent. Everyone seemed to be enjoying the experience. Rust’s filming was proceeding smoothly.”

Another lie. The L.A. Times reported that guns had accidentally been fired on that set three separate times before Halyna’s death, that there were no safety meetings to follow, that the low-budget production was cutting corners — the armorer was a 24-year-old with next to no experience — and overworking the crew.

The morning Halyna was shot, six crew members walked off over these unsafe conditions.

Alec wasn’t just a jobbing actor here: He was a producer. The filing includes a sycophantic email from Alec attempting to lure Eric Bana — “I indulged my passion for you in this role a bit further last night and rewatched MUNICH, which I believe is Spielberg’s best film . . .” — which, alas, didn’t work.

Nor did Kevin Bacon respond to director Joel Souza.

A quick glance at the script’s opening pages — oh yes, they are included here too, as if the sheer artistry, the majesty of moviemaking, could somehow mitigate what happened — might explain why:

Slate. Unflinching. A raging sea. A roadmap of hardship, toil in every furrow and contraction of the iris. BLINKING now —

— replaced by another pair of EYES. Bottomless. Young. Something we didn’t see in the others. A faint glimmer but still there . . .

At least such overwrought writing is nowhere else in this filing. Instead, we get anodyne to the point of passive.

“The gun used by Baldwin,” it reads, “discharged a live round.”

Yes, an inanimate object pointed itself and “discharged” — such a softer verb than “fired” — the bullet that killed a young wife and mother.

As Hollywood firearms and special effects expert Steve Wolf told me back in December, “I’m not aware of any gun firing itself . . . If this becomes an acceptable defense, there goes any accountability when it comes to shooting people. We can’t have this kind of ‘guns shoot themselves’ thing. They don’t.”

If you thought the Stephanopoulos sit-down was bad, with Baldwin’s fake tears and his lament that this catastrophe has been so hard on him, that it’s ruined his love of moviemaking — and hours before this interview aired, Baldwin was photographed with his pathological wife Hilaria loading up their car for a family trip to the Hamptons, Hilaria vogueing for the cameras in four-inch heels and a $1,900 Moncler vest — consider this declaration:

“October 21 has become the worst day in the lives of the Hutchins family . . . It does not diminish that loss to say that October 21 was also the worst day of Alec Baldwin’s life.”

The entry goes on to detail the traumas that “accidental killers” often suffer — “flashbacks, hallucinations, nightmares, and what’s known as ‘moral injury.’ ”

Moral injury could not be more apt. In this case, it’s fully self-inflicted.

However, that entry doesn’t claim that Baldwin suffers from any of these symptoms, because Baldwin clearly hasn’t reported these to his lawyer or doctor. Instead, his lawyer is quoting here from a 2017 New Yorker article.

Zero claims of Baldwin having PTSD. Zero claims that he’s been diagnosed or is in treatment for any such thing.

“The facts make clear that Baldwin is not culpable for these events or failures.”

To revisit the hypothetical Wolf posed to me: If that scene had called for Baldwin to put that gun to his head and pull the trigger, don’t you think he would have checked the gun?

In subsection 57, Baldwin’s lawyer argues: “An actor cannot rule that a gun is safe. That is the responsibility of other people on set.”

Subsection 2: “ ‘Cold gun!’ announced Dave Halls, the assistant director” — no admission here that only the armorer should have been bringing the gun to set, not the A.D. But sure, this was a perfectly run, incredibly safe production.

“In industry jargon,” the filing continues, “with which Mr. Baldwin was well familiar after working as an actor for 42 years, that meant the pistol contained either nothing or only ‘dummy’ rounds.”

Again, just when you think Alec Baldwin can’t sink any lower, he expresses outrage and disbelief that Matthew Hutchins, once so sympathetic and understanding towards his wife’s shooter, could have changed his mind and sue in civil court.

Hmmm. Wonder what did it? Was it that bizarre roadside presser Baldwin held with Hilaria? The torrent of Instagram posts, the Baldwins gleefully displaying their happy family, their children and health and wealth, while Hutchins’s 9-year-old son was so traumatized he was left unable to speak? Their narcissistic self pity?

“Parenting through this has been an intense experience, to say the least.”

You know, before this tragedy, people generally felt sorry for Baldwin, saddled with such a fraudulent fame-monster. As if he was conned or something, some aging, past his prime star who just wanted a wife and a home life.

But now we see it: They are so well suited, so equally terrible, both so much more comfortable with denial than reality.

Alec continues to insist he didn’t pull that trigger.

What else? Was it the solipsistic ABC interview, with softball questioning from Baldwin’s friend and fellow Hamptonite Stephanopoulos?

Was it the photo of Alec holding a drawing of a person laying on the ground, dialogue box reading, “Oh God, please help me I’m dying,” the person standing above replying, “Do I know you?”

Or maybe it’s his current tagline on Instagram: “Spare me your advice and judgments . . .”

Then again, never underestimate a malignant narcissist. Baldwin, don’t you know, made real sacrifices after he killed Halyna Hutchins.

“In the days following the tragedy,” says the filing, “Baldwin was in shock and anguish over the events and desperately wished to return home to his family.”

“However,” it goes on, “he remained in New Mexico to honor Hutchins at an impromptu memorial and to meet with her husband, Matthew Hutchins, and their son, Andros Hutchins, who traveled from California to New Mexico shortly after her death.”

Truly, it was the least Baldwin could do.

Most telling here, however, are screenshots of texts between Baldwin and Matthew Hutchins.

Baldwin clearly thinks these exchanges show him in a glowing, magnanimous light.
What they actually depict is a complete lack of empathy, no sense that Matthew was initially in total shock, that as the days and weeks went on — as Baldwin and his wife exhibited increasingly callous and sociopathic behavior — that Hutchins might, just might, change his mind.

By which I mean see Baldwin for who he truly is.

On December 1, after a missed call from Hutchins, Baldwin texts: “I am with my kids.”

What’s up?!?! Like Hutchins could be calling about anything.

This was the day before Baldwin’s interview was to air on ABC — an event Baldwin had apparently kept from Hutchins.

Same text exchange, Baldwin: “Make sure you tell your lawyer that you reached out to me and not vice versa.”

Hutchins: “Of course. You can always text me if you have something on your mind.”
Baldwin: “Your lawyer sent a variant of a cease and desist to me. Told me not to contact you. So there’s that.”

So there’s that. Can’t get much more coldblooded.

Is it any surprise that Matt Hutchins recently said that Baldwin’s interview made him “so angry”?

“The idea that the person holding the gun and causing it to discharge is not responsible is absurd to me,” Hutchins told Today.

He also felt violated: Only very few people, he implied, should ever know the details of Halyna’s suffering and death.

In making all that public, Baldwin has made sure that Halyna’s young son will be able to Google exactly what happened to his mother. So will his friends, his classmates, his teachers. Imagine that.

“I was just so angry to see him talk about her death so publicly in such a detailed way,” Hutchins said. Baldwin’s victim blaming and crocodile tears, he added, were disgusting.

“Almost sounds like he was the victim,” Hutchins said. “And hearing him blame Halyna in the interview and shift responsibility to others and seeing him cry about it — I just feel, are we really supposed to feel bad about you, Mr. Baldwin?”

Based on this court filing, Mr. Baldwin would say yes.

But that will never happen, not even if Baldwin loses everything.

And keep leaving zero doubt that Matthew Hutchins and his little boy deserve everything Matthew sues you for — and more. 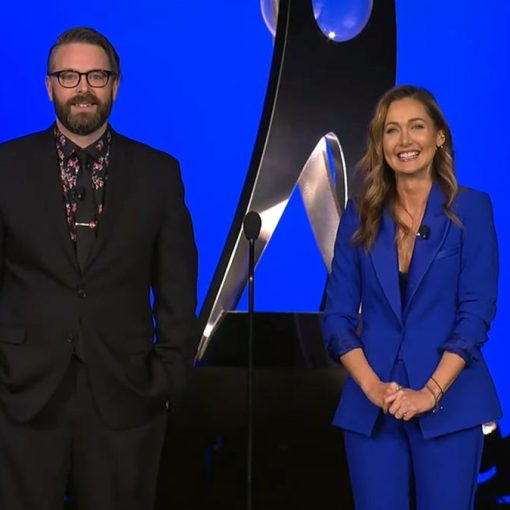 So the DICE Awards, the video game industry’s Oscar equivalent, was held last night. A bunch of games took home trophies, including […] 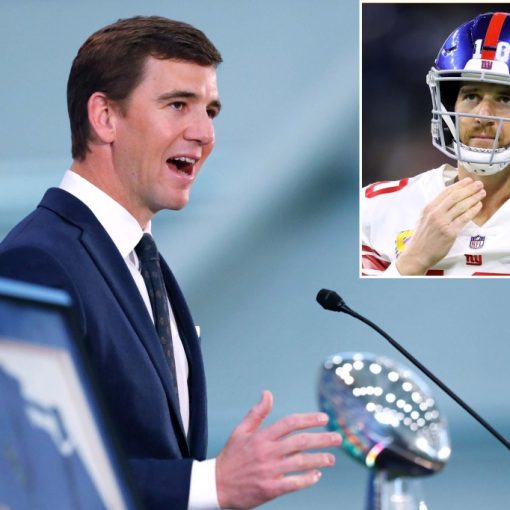 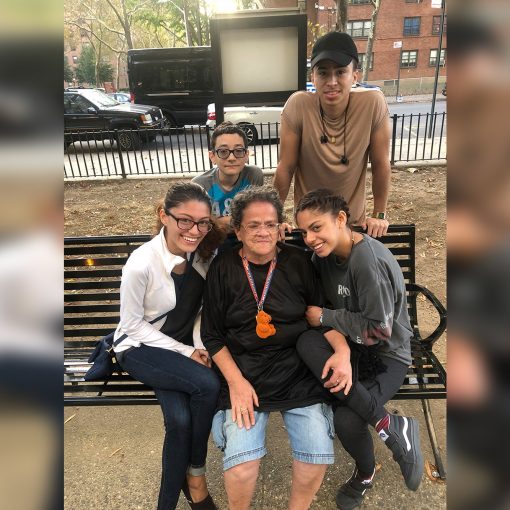 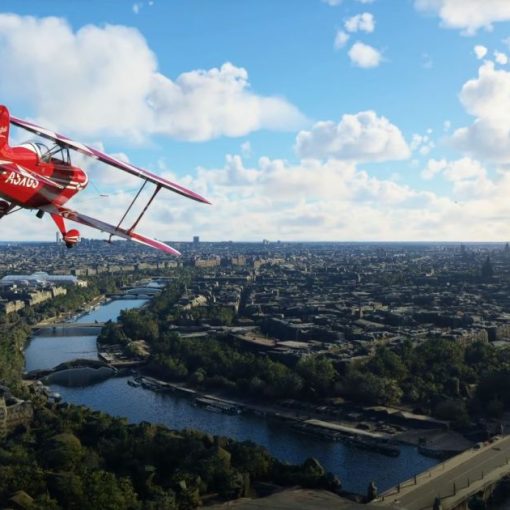 Microsoft Flight Simulator has a legion of hardcore fans, many of whom build dedicated high-end rigs to enjoy it at its best. […]