The tourist cafes are behind barricades. The grand opera house is surrounded by a wall of sandbags. Tank traps block the approaches to the legendary Potemkin steps.

Nobody in Odesa can quite believe that Vladimir Putin would launch an assault on this city, a place bound to Russia by family, literary and cultural ties, a place of almost mythical resonance for many Russians.

But then, Putin’s armed forces have done lots of things in recent days that seemed unthinkable just two weeks ago.

“I don’t know what kind of a bastard, idiot or scumbag you have to be to press the button for missiles to fall on Odesa,” said the city’s mayor Gennady Trukhanov, in an interview at a building in the centre of the city where he has moved for security reasons.

“It’s beyond the limits of my understanding,” he said.

On Sunday, French president Emmanuel Macron called Putin to express concerns over intelligence that an assault on Odesa would start soon. Ukraine’s president Volodymyr Zelenskiy also referenced the possibility in one of his latest video addresses to the nation, each one delivered with increasing amounts of defiance and exhaustion.

So far, the Russian assault on southern Ukraine has largely spared Odesa, but military analysts suggest it is only a matter of time, especially if the Russians succeed in taking Mykolaiv, further east. Monday morning saw a renewed rocket barrage against the city, while warships have been moving ominously between the coast outside Odesa and annexed Crimea.

Each morning, Odesa’s remaining residents wake up and check the progress of the warships and the status of Mykolaiv. Text messages warn them what to do in the event of an amphibious assault or a sustained airstrike.

At a recently renovated food hall in the centre of the city, the stalls offering oysters, champagne and novelty coffees have not functioned since the Russian attack on Ukraine began on 24 February.

Now, the hall has been decked with Ukrainian flags and anti-Russian slogans, and serves as a sorting point for donations for the army. Orange-jacketed volunteers receive bags from locals who want to help the Ukrainian effort.

“We write on Telegram what we need: medicines, sleeping bags, thermal clothes. Help from the West is coming, but in these first weeks we need to help them,” said Nikolai Viknyanskyi, who runs a furniture business in Odesa and is now heading the donation drive.

Each day, the centre also coordinates around 8,000 hot meals, cooked in shuttered restaurants around the city, which are distributed to soldiers and territorial defence units.

The city, as every Odesan will note at the first opportunity, is a particular kind of place. It revels in its reputation as a centre of jovial swindlers and tellers of labyrinthine tales, and it has often felt more like a city-state than a centre of Ukrainian patriotism.

While there has certainly been an intensified interest in Ukrainian language and culture in the eight years since the Maidan revolution, especially among young people, Odesa is still a very different place to Kyiv or cities in western Ukraine.

A survey in September last year showed that 68% of Odesa residents agreed with Vladimir Putin’s statement that Russians and Ukrainians are “one people”, while only 20% of people thought the future of Ukraine was in European integration, with 38% wanting closer ties with Russia and 27% neutrality.

However, the events of the past two weeks may have dramatically altered such figures.

Trukhanov is a good example. Formerly a member of president Viktor Yanukovych’s Party of Regions, Trukhanov has been dogged by allegations of corruption, links to organised crime and to Russia. He denies all the allegations, and has been forced to deny repeatedly claims that he had a Russian passport.

Now, he has become an unlikely champion of Ukrainian sovereignty. In response to Putin’s claim that the Russian military assault was meant to defend Russian speakers, Trukhanov posed a rhetorical question in a video address: “Who the fuck are you planning to defend here?”

On Sunday, he wore the armband of yellow tape that denotes Ukrainian forces in this war over his jacket, and a grey peak cap over his permanently furrowed brow. He rubbished Putin’s claim that the war against Ukraine was one of “denazification”, and said it was Putin’s Russia that was behaving like fascists.

“Bombing Kharkiv, who would do that? Only Nazis,” he said.

Events in Odesa in 2014 play a large part in Russia’s narrative about a fascist Ukraine. After co-ordinated pro-Russian groups in numerous Ukrainian cities seized government buildings over the spring, Ukrainian ultras hit back against a violent pro-Russia march in Odesa. The result was a fire in the trade union building, in which 48 people died, most of them pro-Russians.

The tragedy was immediately seized on by the Kremlin, who painted it as a pre-meditated, fascist massacre.

In the angry televised address that presaged the current war, Putin specifically mentioned Odesa, noting that Russia knew the names of those responsible for the May 2014 tragedy and “would do everything to punish them”. The chilling words bolstered western intelligence claims that Russia has prepared lists for those to be arrested or killed in the event of an occupation.

The events of 2014 drove a wedge between friends and families in Odesa. Boris Khersonsky, a 72-year-old poet, psychologist and philosopher, estimated he lost “more than half” of his friends when he decided to take a staunchly pro-Ukrainian position.

“I was raised speaking Russian but after 2014 I sat down with a dictionary,” he said. Now, he writes in both Russian and Ukrainian.

In light of the shocking attacks on civilians over the past two weeks, even many of those who remained staunchly pro-Russian are re-examining their convictions.

Alexander Prigarin, an Odesa-based anthropologist, described his current mood as “confusion”. The events of 2014 had only strengthened his affection for Russia, he said, but the sight of Russia attacking Ukrainian cities with rockets and missiles has completely floored him.

“It’s a nightmare, a tragedy, a catastrophe,” he said.

Khersonsky believes the current war has brought many people in Odesa closer to patriotic Ukrainian positions. “Putin has worked hard to make that happen,” he said.

In their house on the outskirts of the city, Khersonsky and his wife have turned one room into a makeshift bomb shelter, barricading the windows with piles of books to protect them from a potential Russian assault.

If Russia occupies Odesa, the couple plans to leave as quickly as possible. “It’s possible that in a month we’ll have to leave this house here and become homeless refugees,” he said, matter-of-factly.

Perhaps the most inexplicable aspect of Putin’s decision to invade is the idea, apparently based on a lack of understanding about how much Ukraine has changed in the past eight years, that locals in places like Odesa would welcome Russian troops with delighted cheers and bouquets of flowers.

Instead, the images coming out of occupied southern cities such as Kherson have shown that however much air power Russia brings to the conflict, the endgame looks unclear. Brave unarmed Ukrainians have faced down tanks, and taken to the streets waving Ukrainian flags, with Russian soldiers looking on confused at the defiance of the people they believed they were liberating.

“They can capture the city, OK, and then what? Where are the resources to create an administration, to run the city?” said Natalia Zhukova, a 42-year-old chess grandmaster and member of Odesa’s local parliament.

“We will become partisans,” she said. 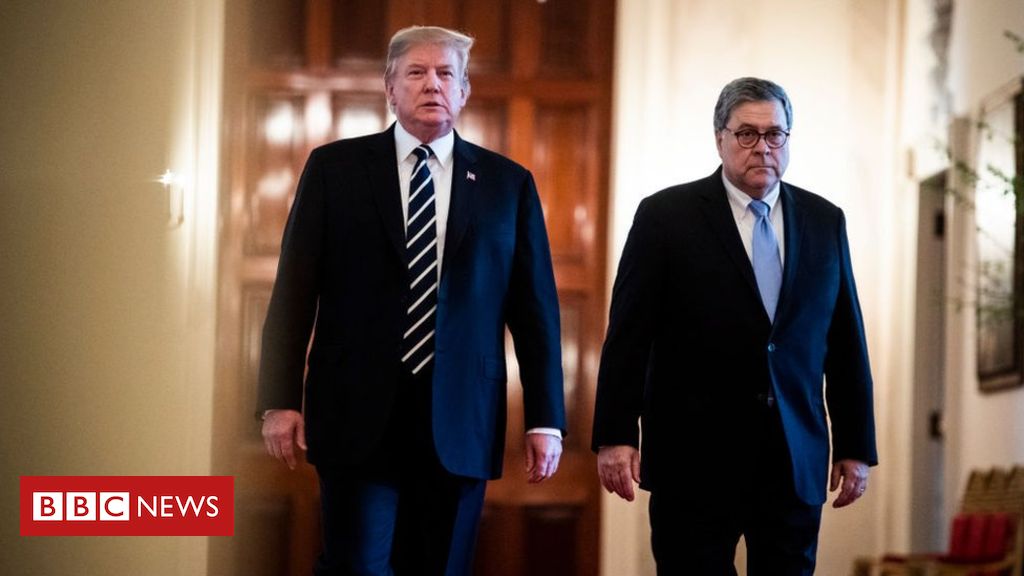 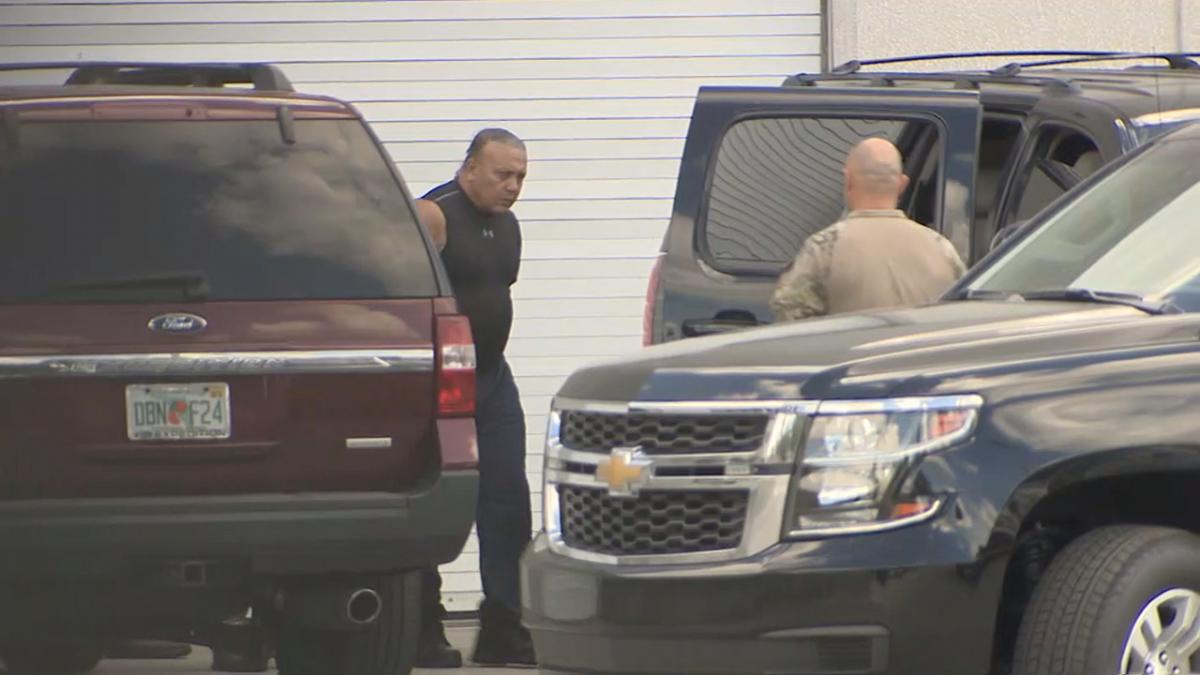 PLANTATION, Fla. (Reuters) – The man suspected of mailing at least 14 pipe bombs to some of U.S. President Donald Trump’s leading […] 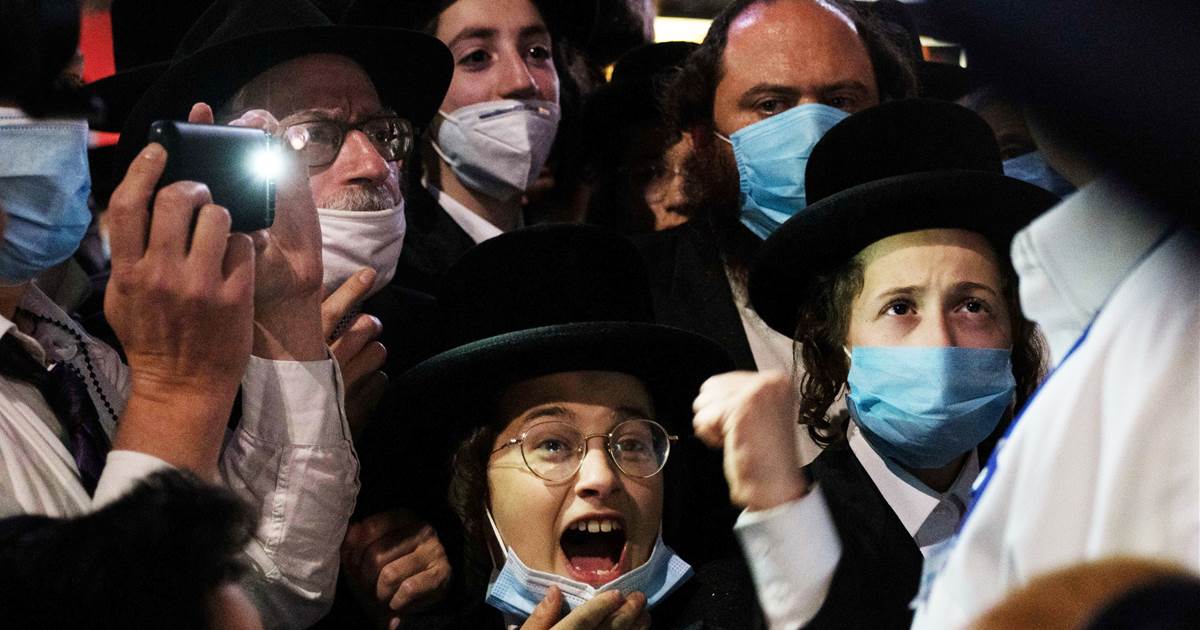 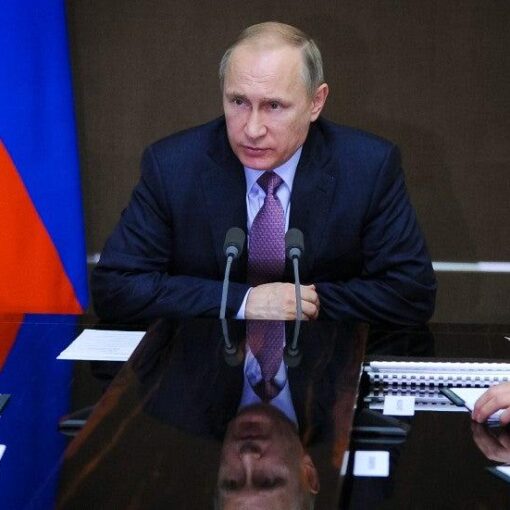 The U.S. is threatening to use sweeping export controls against key Russian industries if Moscow invades Ukraine, a senior administration official confirmed […]