The Ukrainian sailor who tried to ‘SINK’ £5m yacht of Russian weapons-maker boss: 55-year-old arrested in Majorca after sabotaging ship now vows to join fight against Putin’s forces in Ukraine

By Martin Robinson, Chief Reporter For Mailonline and Natalia Penza


This is the first picture of the irate Ukrainian sailor who tried to sink a rich Russian’s £5million-plus yacht in the Med after war broke out at home having declared to police: ‘I’d do it again’.

Mechanical engineer Taras Ostapchuk, 55, today revealed that having scuppered the vessel in Mallorca he now plans to fly home this afternoon to fight with the brave soldiers fighting Vladimir Putin’s invaders.

The 156ft luxury yacht, named Lady Anastasia, was moored at Pord Adriano by Alexander Mijeev, a former head of the Russian Helicopter Corporation who took over state-owned weapons supplier Rostec six years ago.

Mr Ostapchuk opened valves on the vessel moored in Mallorca because he claims his boss sells weapons to Putin that are being used to kill and maim his countrymen.  He told police who turned up to arrest him: ‘I don’t regret anything I’ve done and I would do it again.’

And as he was named for the first time, Mr Ostapchuk made the pledge to sign up the Ukrainian Army and admitted: ‘I’ve lost the first battle, which was to sink my Russian boss’s ship but I will win the next one.’

He confirmed he went berserk around midday on Saturday after seeing a helicopter carrying weapons he believes were made by Mijeev’s firm attacking an apartment block in Kyiv similar to one where his family live. 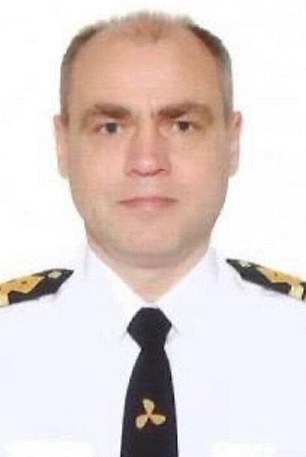 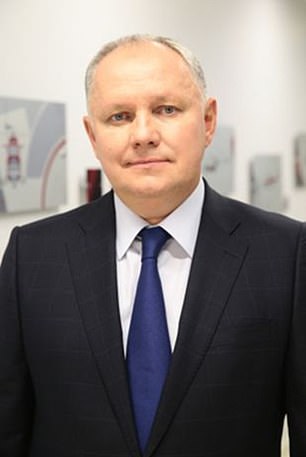 Mechanical engineer Taras Ostapchuk, 55, (left) today revealed that he has scuppered the vessel belonging to Alexander Mijeev (right), a former head of the Russian Helicopter Corporation who took over state-owned weapons supplier Rostec six years ago, in Mallorca 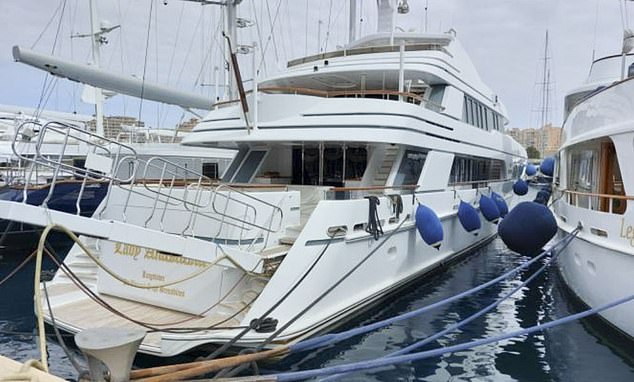 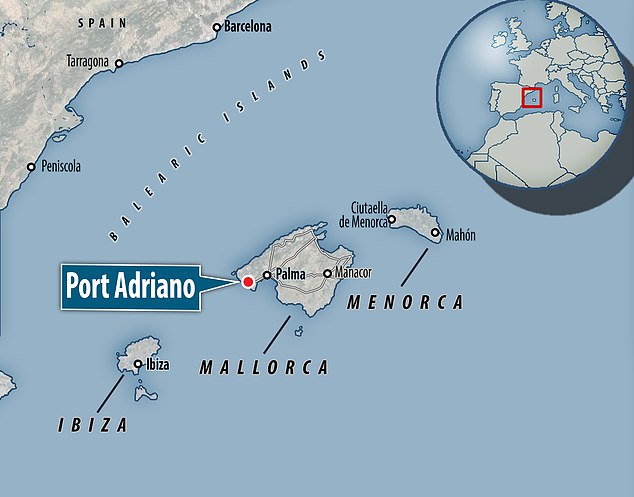 The 156ft luxury yacht, named Lady Anastasia, was moored at Pord Adriano when it was scuppered

The unrepentant sailor, speaking after being released by a court in Majorca pending an ongoing probe, told island paper Ultima Hora he would catch a flight to Poland from Majorca this afternoon before getting on a train or bus to the Ukrainian capital.

He told the paper: ‘I’m going to fight. As soon as I reach the first Ukrainian city I will look for a military commander and ask him if they need me.

‘I told myself: ‘Why do I need a job if I have my country. I had a good job as a head mechanic on the boat and a good salary but I am going to fight for my nation.

‘I am not going to lose my country. I am not a hero, I’m a middle-aged man, but I have a lot of experience as a mechanic. I’ve never held a weapon but if necessary I will. Why not’.

Speaking of the TV footage he was watching on a Spanish news channel that led to him allegedly carrying out the attack on Lady Anastasia, he added: ‘I live in a very similar building.

‘From my window I can see the Ukrainian parliament. I was wondering what’s had happened to my house when I saw the footage because its in a very similar position.’

Mijeev’s member of staff, who had worked for him for several years, decided to sink the ship after Russia’s invasion began. He opened three valves on the five-cabin yacht so it would take on water ‘in an act of revenge. 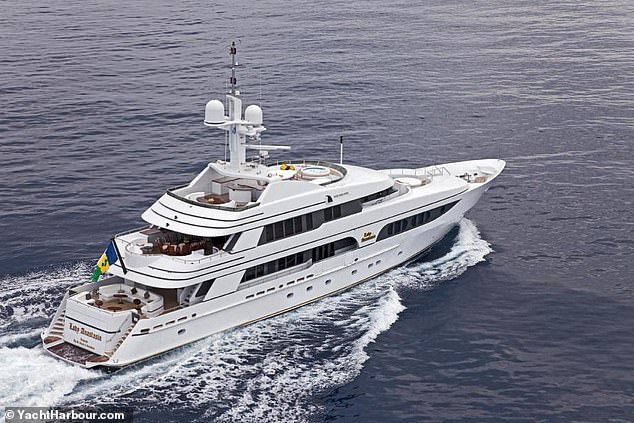 The 156ft luxury yacht (pictured), named Lady Anastasia, was moored at Pord Adriano when it was flooded by the Ukrainian engineer 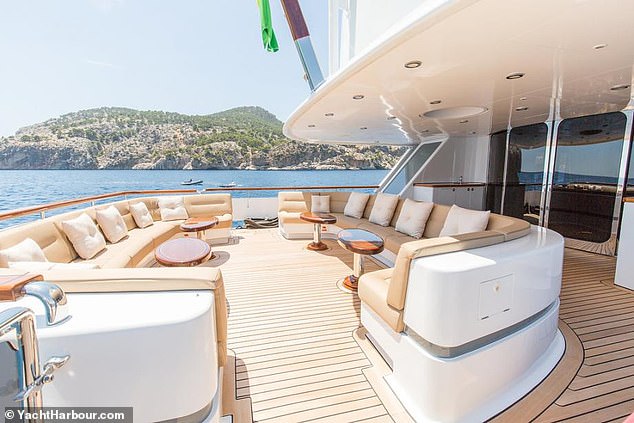 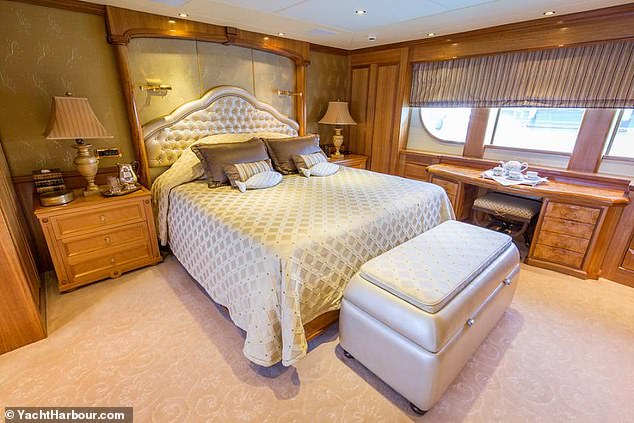 The ship has five luxury cabins (pictured). The damage to the vessel is not yet known

The three other crew members had no idea of the plot until he is alleged to have rushed in and told them to abandon ship saying: ‘Don’t worry because I will take all the blame’.

When the police arrived he is said to have been waiting next to the boat as it went down and reportedly told a Civil Guard: ‘My boss is a criminal who sells weapons that kill the Ukrainian people.’

The court heard that he was watching the news and saw a Russian missile attack on Kyiv.

Within two hours he had gone to Lady Anastasia and decided he would sink it. He even decided to shut the fuel valves to avoid polluting the marina.

The saboteur opened a valve in the engine room to bring in water – and two more in living quarters for the staff and crew.

The result is that the yacht became partially submerged but still tied to its moorings.

After his arrest he admitted responsibility but was freed by a judge. It is still not clear if he has been charged with an offences. 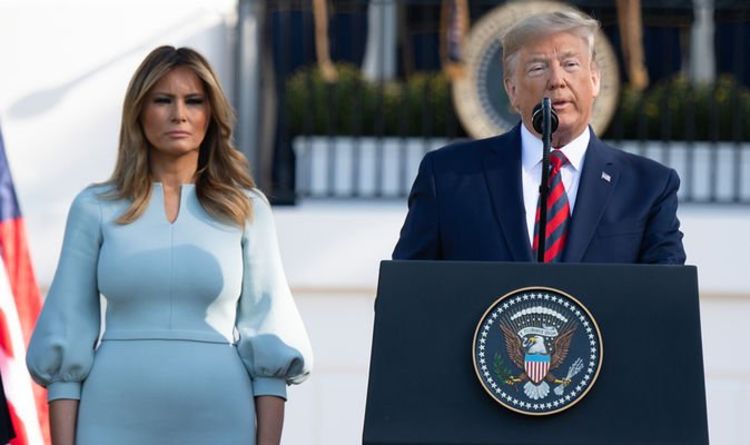 The state dinner was the second to be co-hosted by Melania. It was held to honour Scott Morrison, Prime Minister of Australia, […] 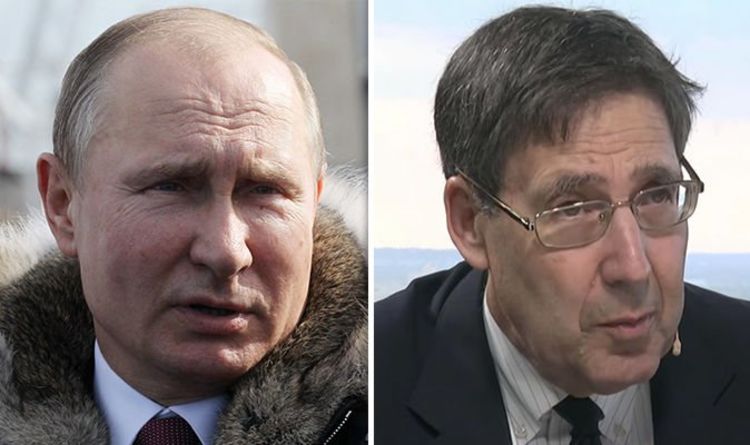 The suggestion was made by John Herbst, previously the US Ambassador to Ukraine. Three Ukrainian naval vessels were seized by the Russian […]

All eyes are on Mr Babiš, the billionaire businessman and ANO movement leader, as the people of the Czech Republic go to […] 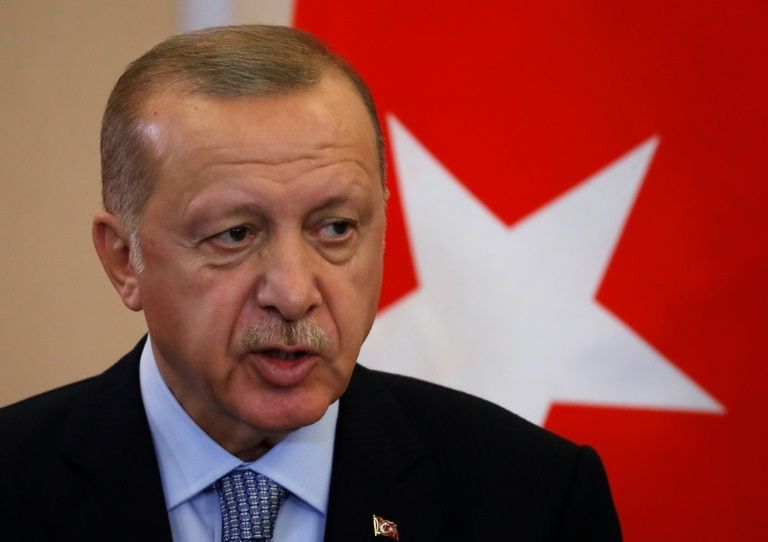