WASHINGTON — SpaceX CEO Elon Musk said Saturday that he’s sending Starlink terminals to Ukraine to help keep the embattled country connected to the outside world as Russia steps up its invasion.

Details of SpaceX’s Starlink assistance remain under wraps. And while it’s not clear how quickly the promised Starlink broadband terminals will be up and running inside Ukraine, SpaceX’s response was another remarkable example of private companies and connected citizens pushing back on Russia’s effort to subjugate its neighbor.

“I wish I could say more,” Musk told SpaceNews. “But, yeah, I was thinking the same thing. Strange that SpaceX can do this.”

As Russian forces were closing in on Kyiv on Saturday afternoon local time, Ukraine’s minister for digital transformation called on Musk via Twitter to send Starlink terminals.

“@elonmusk, while you try to colonize Mars — Russia try to occupy Ukraine! While your rockets successfully land from space — Russian rockets attack Ukrainian civil people! We ask you to provide Ukraine with Starlink stations and to address sane Russians to stand [down],” tweeted Ukrainian Vice Priminister Mykhailo Fedorov.

While Musk declined to talk about what transpired behind the scenes, just over 10 hours later — half past midnight in Kyiv — Musk publicly responded that help was on the way.

Late Sunday, a senior Ukrainian space official told SpaceNews that Starlink terminals had not arrived but were on the way.

“I’ve heard from the minister himself that the first batch of terminals is coming. Not here yet. But this is not critical at all. No problems with connection for now in all regions of Ukraine,” Volodymyr Usov, former chairman of the Ukrainian State Space Agency and co-founder of Kyiv-based Kurs Orbital, told SpaceNews via a messaging app.

Early Monday, Kyiv time, Usov said that telecommunications were still up and running inside Ukraine, easing the urgency for Starlink terminals. “We anticipated the disruption of our comms, but didn’t happen,” he said.

Nevertheless, he expressed gratitude for SpaceX’s quick response. “Thanks to Elon for his support and good outreach,” Usov said. “Starlink can prove to be useful, especially outside big cities.”

Shortly after 10 p.m. Monday, Kyiv, Fedorov tweeted that a truckload of Starlink terminals had arrived.

Analyst John Scott-Railton, a senior researcher at the University of Toronto’s Citizen Lab who studies connectivity in conflict regions, warned over the weekend that Starlink uplinks could make Ukrainian combatants and noncombatants alike a target for Russian airstrikes.

“[E]arly in a conflict w/disrupted internet, satellite internet feels like a savior. But it quickly introduces very real, deadly new vulnerabilities. If you don’t understand them, people die needlessly until they learn & adapt,” Scott-Railton wrote.

“#Russiahas decades of experience hitting people by targeting their satellite communications. In 1996, Chechen president Dzhokhar Dudayev was careful, but Russian aircraft reportedly found his satphone call & killed him with a missile strike.”

“Satellite phones tend to send signals out in all directions. Making them easy targets. The technology for locating & intercepting them is well-honed. This is different from [S]tarlink…In more recent years, other [kinds] of tech has entered the conflict-zone game. Like VSATs. In Syria, Libya, etc etc. VSATs have played a pivotal role in communications. Everyone uses them. They have a more *directional* signal & typically provide broadband data.”

“In Syria, ISIS reportedly came up w/ various tactics to avoid being killed by strikes against their satellite internet terminals,” Scott-Railton wrote. “These [include] distancing dishes away from their installations and covertly taking a connection from civilian internet café VSATs”

For a Russian invasion force that appears to be having trouble with core logistics, like keeping its armored vehicles fueled, the sort of sophisticated signals-intelligence operation that would be necessary to distinguish friend from foe and combatants from noncombatants is largely theoretical at this point, at least for Ustov and his fellow Ukrainians.

“No concerns at all regarding location security,” Ustov said.

Brian Weeden, a former U.S. Air Force officer and military space specialist at the Secure World Foundation think tank in Washington, said that Scott-Railton is correct that Starlink terminals are potentially targetable, he doesn’t think they would rank as high-value targets.

“It is true that the Starlink ground terminals will be broadcasting, and thus potentially targetable using RF signal detection equipment. But I doubt they’d be that high of a priority for Russian targeting, so I think the odds of them being targeted is probably low,” Weeden said Monday by email. “A much bigger challenge would be Russian ground-based mobile jamming, which is sophisticated and can already deal with existing satellite signals such as GPS and satellite communications.”

Weeden said the near-term utility of sending Starlink terminal to Ukraine could be limited by a lack of teleports covering Europe’s largest country by area (after Russia).

While Russian targeting of Ukrainian combatants via Starlink uplink signals might not be an immediate danger, Scott-Railton said Ukrainians should heed lessons from past conflicts.

“A well-resourced military tracks a massive variety of radio emissions during a war. Even if capabilities are not initially specced out for a novel new communications protocol, if the transmission is interesting enough / the users worth killing, it will be worked on…”

To that end, he shared a link to a 2013 case study he wrote for the U.S. Naval War College. 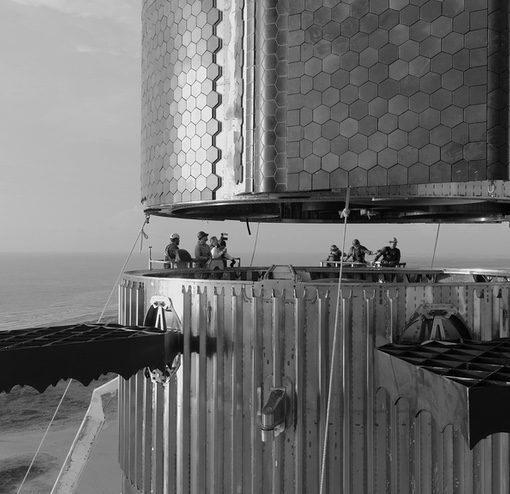 KIHEI, Hawaii — A draft environmental assessment released by the Federal Aviation Administration suggests that SpaceX will be able to proceed with […] 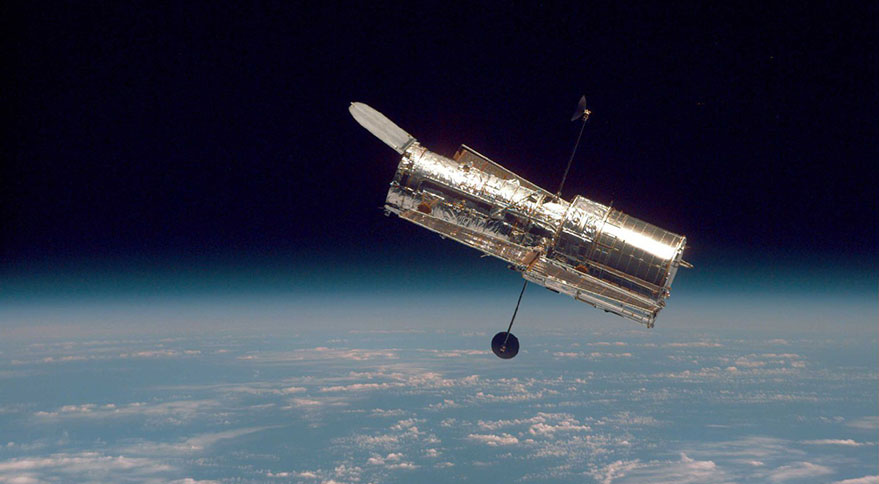 SEATTLE — Despite a recent problem with one of its instruments, managers of NASA’s Hubble Space Telescope are confident that the mission […] 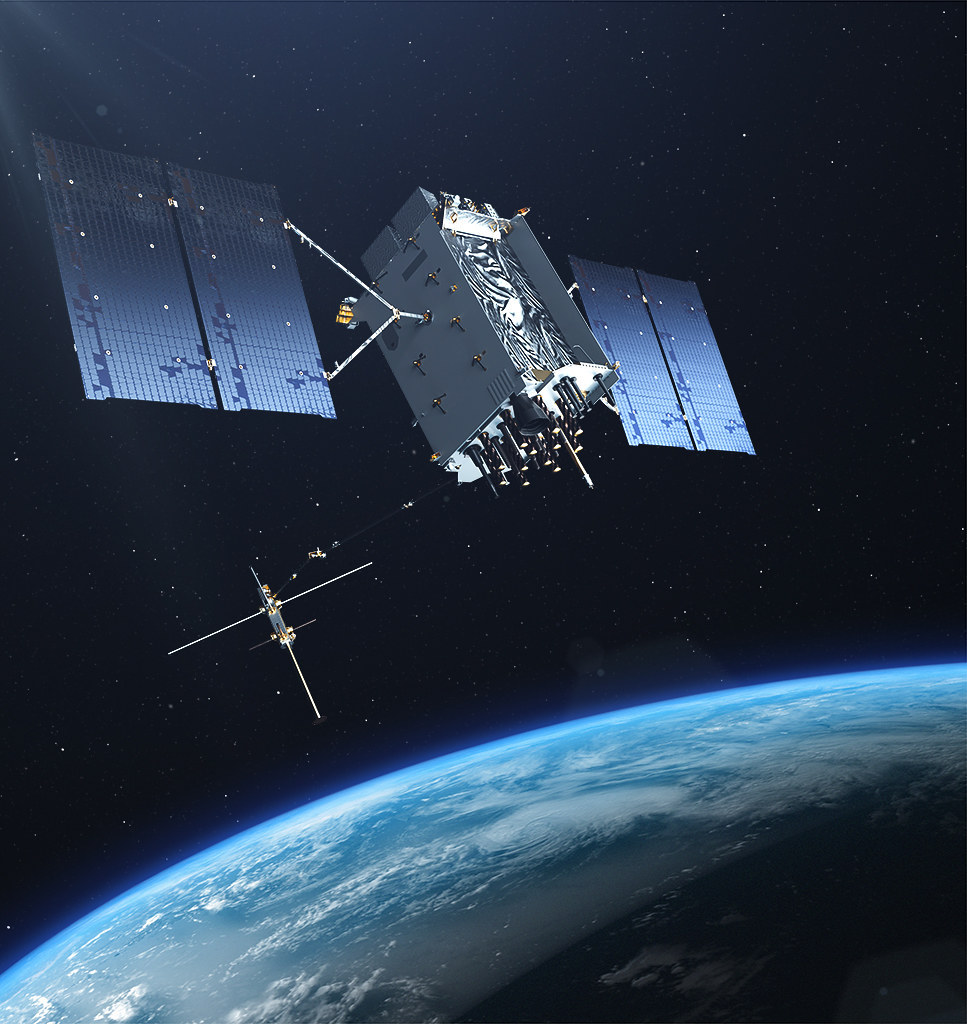 The new generation of military GPS circuit cards are low power and about the size of a silver dollar. WASHINGTON — Raytheon […] 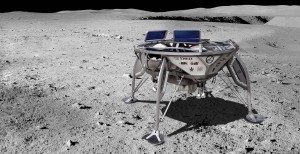 WASHINGTON — With less than four months remaining in the competition, two of the remaining teams in the Google Lunar X Prize […]