In a new interview, Joseph Baena opened up about the moment his paternal history became national news. ‘I remember the day very vividly,’ he said.

Joseph Baena, 24, covered the March 2022 issue of Men’s Health and reflected on the media circus that ensued when news broke that he was the son of Arnold Schwarzenegger. “I remember the day very vividly,” he said in the interview, published on Feb. 8. “I was in the eighth grade. Fifth or sixth period. And I get called out of class to leave. And my mom’s there, and she’s like, ‘We gotta go—everyone is finding out about you and who your father is,’ ” he added.

Joseph, who was born to the 74-year-old actor and his former housekeeper Mildred Patricia Baena during his marriage to Maria Shriver in Oct. 1997, recalled how the media didn’t leave he or Mildred alone. “I’m 13,” he told Men’s Health while reflecting on the situation. “Your body’s transforming; your mind is transforming. And now my life transformed before my eyes.”

Eventually, Joseph developed a close bond with his father that the pair still share today. They specifically bonded over Joseph’s interest in fitness. “Even though I could call him anytime, I was too proud,” he said to Men’s Health. “I went straight to the book. I wanted to figure it out myself.” The father-son duo finally worked out for the first time together when Joseph was 18 at Arnold’s Gold’s Gym. “I was so nervous,” Joseph said. “I was being observant, trying to see what he was doing and the way he was acting.”

Joseph’s opened up about being Arnold’s son before. He told Unwaxed podcast hosts Sophia and Sistine Stallone in January that he was initially “nervous” to create a bond with the Terminator star. “I also have to point out that with my relationship with my dad it took a little while for me and him to get really close and just [feel] like I can joke around with him and talk about anything,” he said. “Now it’s like awesome. I’m so close to my dad and we joke about everything.” Andrew confirmed earlier today on Twitter how he was moving to Global after 21 years at the BBC. Retweeting the news to […] 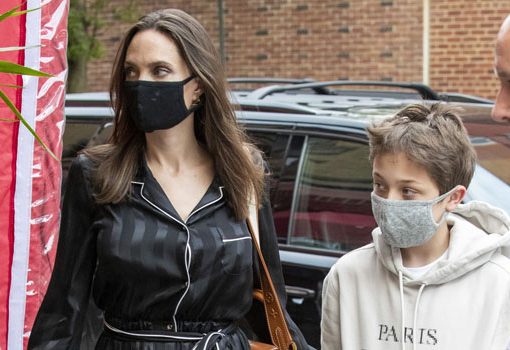 He added: “If I’m on the floor and I fall over, I can catch myself in a certain way or like I […] Stassi Schroeder’s family has her back. The reality TV personality’s mother, Dayna Schroeder, is directing Vanderpump Rules fans to a campaign titled […]