Glacial ice is slightly compressible — or ‘squishy’ — meaning that, over the large scales seen ice sheets, it can contain more water than was previously thought.

This is the conclusion of earth scientist Brad Lipovsky of the University of Washington, who has calculated the impact of this compressibility on models.

On the scales of the Antarctic and Greenland ice sheets this compressibility means that the ice is denser than it would be otherwise and its surface tens of feet lower. 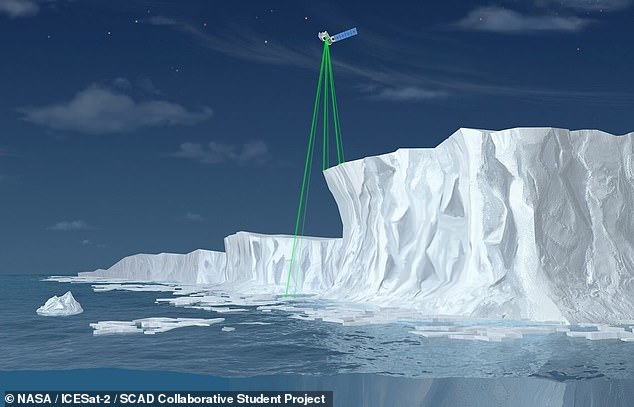 Glacial ice is slightly compressible — or ‘squishy’ — meaning that, over the large scales seen ice sheets, it can contain more water than thought. Pictured: an artist’s impression of a satellite using lasers to measure the elevation of an ice sheet. Considering the compressibility of ice will improve how these observations are used to monitor ice sheet changes

THE IMPACT OF ICE’S COMPRESSIBILTY

Professor Lipovsky calculated that the compression of glacial ice has effectively lowered the surface of the Antarctic ice sheet by up to 37 feet (11.3 meters) — equivalent to an average drop of 2.3 feet (0.7 meters) across the whole ice sheet, or 30,200 gigatons of extra ice.

‘It’s like finding hidden ice. In a sense, we discovered a big piece of missing ice that wasn’t accounted for correctly,’ explained Professor Lipovsky.

‘The long-term behaviour of the ice is that it flows, and it also slides a bit. But at the same time, if you hit the ice with a hammer, it goes bing, bing, bing.’

‘On short timescales the glacier is a solid, and on long timescales it’s a fluid.’

According to the earth scientist, the compression of the Antarctic and Greenland ice sheets is only in part due to the weight of the ice sheet.

Almost as much compression is brought about by the fact that the colder ice is, the more dense it becomes — making the coldest ice, near the surface of the ice sheet, more compact than that found nearer the underlying bed.

Together, the combination of the gravitational and thermal compression adds around 0.2 per cent to the total mass of the Antarctic and Greenland ice sheets over that of previous volume-based estimations.

While this figure is small, including this extra mass in calculations will allow scientists to better understand how glaciers are changing in response to climate change — especially with the precise glacier elevation measurements available via satellites.

‘I think if you had really pressed people and said “There’s seismic pressure waves in glaciers, they must be compressible,” they would have agreed.

‘But it’s not something people have been thinking about,’ he suggested. 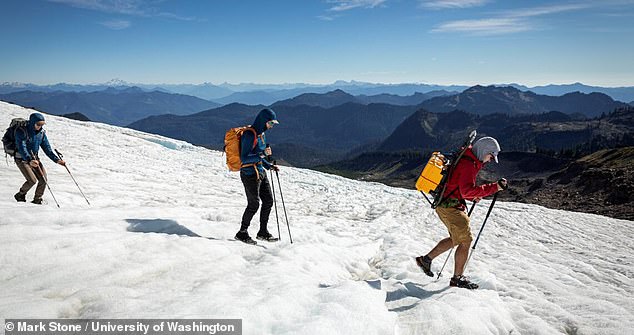 As to whether this extra density of the ice sheets is something more to worry about in terms of future sea level rise, its ramifications are likely insignificant, Professor Lipovsky has explained.

Were all the planet’s glaciers to melt, he said, the extra water would only add some 8 inches (20 centimetres) to the 260 feet (80 metres) of anticipated sea level rise.

However, this compressibility will, he added, affect measurements of the difference in glacier elevation between winter, when the ice is weighted down by fresh snow, and the summer, when such has melted away,

It is these measurements that are used to assess how glaciers are changing over time — and, Professor Lipovsky has calculated, accounting for ice compressibility could eliminate around a tenth of the error in these estimates.

The full findings of the study were published in the Journal of Glaciology.

The three ice sheets that cover the continent contain around 70 per cent of our planet’s fresh water – and these are all to warming air and oceans.

If all the ice sheets were to melt due to global warming, Antarctica would raise global sea levels by at least 183ft (56m).

Given their size, even small losses in the ice sheets could have global consequences.

In addition to rising sea levels, meltwater would slow down the world’s ocean circulation, while changing wind belts may affect the climate in the southern hemisphere.

In February 2018, Nasa revealed El Niño events cause the Antarctic ice shelf to melt by up to ten inches (25 centimetres) every year.

El Niño and La Niña are separate events that alter the water temperature of the Pacific ocean.

In March 2018, it was revealed that more of a giant France-sized glacier in Antarctica is floating on the ocean than previously thought.

This has raised fears it could melt faster as the climate warms and have a dramatic impact on rising sea-levels. 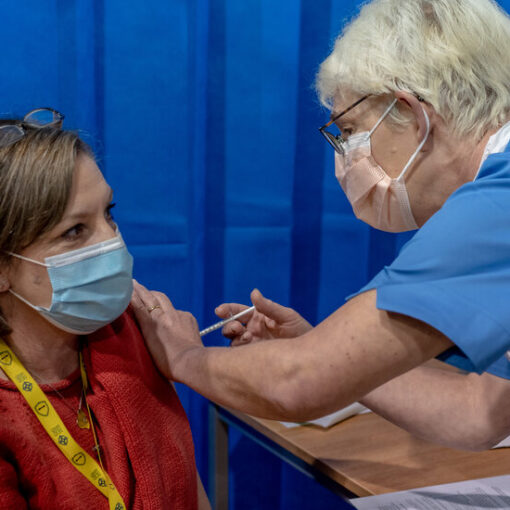 Representatives of Public Health England and AstraZeneca did not respond to requests for comment. Both Pfizer’s and AstraZeneca’s vaccines introduce into the […]

Kicking old habits is just too hardJGalione/Getty THE Paris Agreement aspires to limit global warming to 1.5°C above pre-industrial levels. But is […]

Crowds on Bourbon Street in New Orleans in late July. The Delta coronavirus variant is driving record-breaking case counts in Louisiana and […] 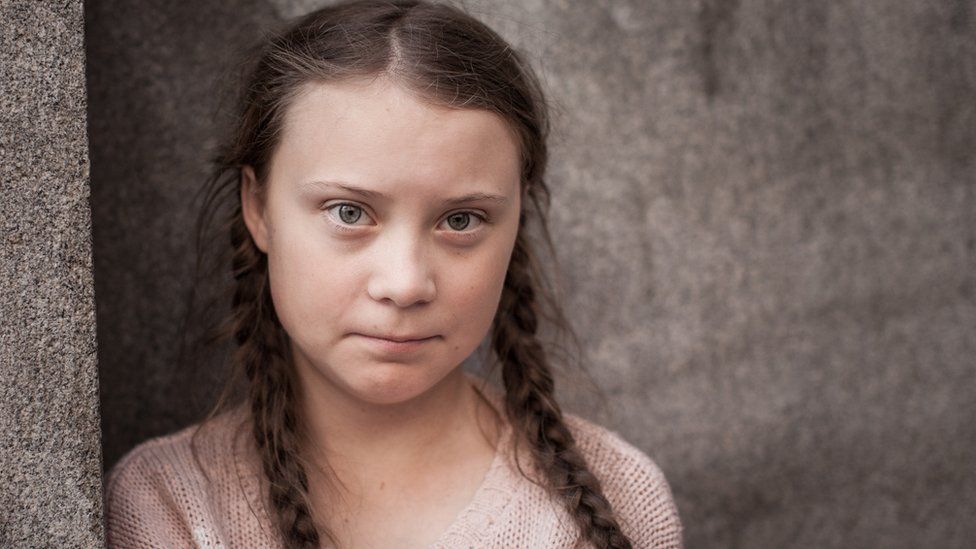 Great Thunberg There are many extraordinary things about the new documentary I Am Greta. The first is that the film happened at […]