Magnus Carlsen leads his nearest rival, Anish Giri, by half a point going into the weekend’s final three rounds of the “chess Wimbledon” at Tata Steel Wijk aan Zee, but the world champion’s declared target of an all-time record 2900 rating is proving harder to achieve.

Play is, as usual, free and live to view online, starting Friday and Saturday at 1pm BST, and Sunday at 11am. Chess.com is the place to watch for close-ups of the players in action.

Carlsen, who has won Wijk a record seven times, began the tournament on a rating of 2865, far ahead of his rivals and with a personal peak of 2889 already recorded in 2014, but his unbeaten total of 7/10 after Wednesday’s 10th round is only enough for a measly one point gain.

To state such an ambition in public is an open invitation for a spoiling reply. Sergey Karjakin, who narrowly lost his 2016 world title match with Carlsen, responded in their 10th-round game, which was drawn by repetition in 16 moves and 15 minutes play after a Berlin Ruy Lopez sequence played many times before.

Karjakin made a joke of it on Twitter, using the hashtag “saynoto2900” and adding “learned some tricks from the world champion” in reference to Carlsen’s three previous games with the identical sequence. Carlsen fans were furious, though the champion himself was relaxed about it, pointing out that it was the day before the rest day and that Karjakin was consolidating his move into the top half of the score table following a poor start.

Carlsen’s most impressive win has been against Shak Mamedyarov at a stage when he and the world No 9 from Azerbaijan were tied for the lead. White’s use of his doubled rooks on the a1-a8 file to exercise board control is a rare technique well worth remembering.

One Twitter comment was: “He’s been reading the Guardian Chess Book,” while Nigel Short also recalled the same source. Published in 1967 as a Hodder and Stoughton paperback and timed just as the Fischer boom was getting under way, the book went to two editions and several reprints.

It gave general advice for improvers and also provided a primitive opening repertoire, including the Goring Gambit 1 e4 e5 2 Nf3 Nc6 3 d4 exd4 5 c3 dxc3 6 Bc4 with variations gleaned from Jonathan Penrose, who often used it against weaker opponents. The book’s recommendation of the Von Hennig-Schara as one offbeat reply to 1 d4 (the Tchigorin 1 d4 d5 2 c4 Nc6 was another) was based on the plan of speedy long castling followed by g7-g5 and an early attack on White’’s short castled king.

Later it was shown that Black’s king is weaker than White’s after an energetic b2-b4 counter, but the gambit has recently gained a new lease of life as a strategic sacrifice with the aid of LeelaZero, as shown in this analysis.

Its basic theme is that precise play, including castling short, can give Black a position where his piece activity coupled with White’s passive c1 bishop behind e3 and b2 pawns give full compensation for the gambit pawn. That is how Carlsen played it, with the innovatory Nb8-a6, against Shankland, but the surprised American found a way to return the pawn for a drawn ending.

Anish Giri was only half a point behind Carlsen after round 10. The world No 5, who lost out on a tie-break in 2021, has had two lucky breaks. Fabiano Caruana blundered in a winning position, then next round Daniil Dubov defaulted because of a facemask dispute with the organisers. There are no spectators to urge on the Netherlands home favourite this year, and Giri has one White in the last three rounds to Carlsen’s two,

Gibraltar’s annual open has been replaced this year by a Battle of the Sexes between 10-player teams of men and women, equally matched in terms of average age and Fide international rating.

Both teams are rated around 2400, IM standard. Joe Gallagher, a former British champion and now Swiss, and England’s rising star Ravi Haria are playing, though some of their colleagues are little known. The women almost all rank in the top 50, and include two former world champions.

The prize money is £100,000, split 75-25 rather than 60-40 as for the world championship. It will be a lifetime best chess payday for some participants, so a highly competitive match is assured.

Status is at stake, too. A wide margin victory for the women’s team would probably be the biggest boost for female chess since Beth Harmon, and a major shock seemed possible when the men lost both the two (of 10) opening rounds by 3.5-6.5, but they struck back with 7-3 in round three despite having Black in every game. The men also won round four, 5.5-4.5.

Play starts at 2pm daily and can be watched free on Youtube. Thursday’s fourth-round action is here.

Miguel Almirón’s availability for two of relegation-threatened Newcastle’s games in early April is effectively in the hands of the UK government. The […] 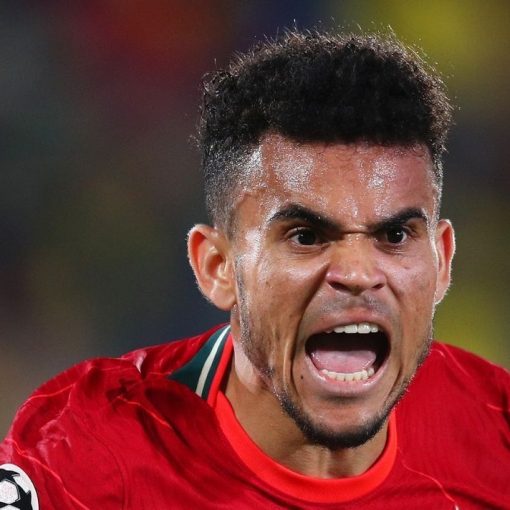 Ascot must be Charlie Fellowes’ favourite course, considering the young Newmarket trainer has won more races there than at any other track […]