From milk at the grocery store to new and used cars, prices across the US are rising. This means your dollar can’t buy as much as it could a few months ago, and that’s a problem. In response to this, the Federal Reserve — the government body in charge of keeping inflation in check — is taking action.

The Federal Reserve announced on Wednesday that it will “soon” be appropriate to raise interest rates in order to slow inflation, with broad support from members on the Federal Open Market Committee, or FOMC.

“In light of remarkable progress in the labor market … the economy no longer needs sustained high levels of monetary support,” said Federal Reserve Chairman Jerome Powell during a press briefing. “That is why we are phasing out asset purchases and why we expect it will soon be appropriate to raise the target range for the federal funds rate.”

Interest rate hikes could come as soon as the FOMC’s next meeting in two months, with Powell adding, “assuming that conditions are appropriate for doing so.” Powell acknowledged that the “economic outlook remains uncertain” due to the still unknown financial implications of the COVID-19 omicron variant.

For context, inflation climbed by 7% through December of last year, marking its highest level since 1982, according to the Consumer Price Index. Rising prices of food and fuel are two of the largest contributors to this increase. But, even excluding these two factors, inflation still rose by 5.5% last month, marking the largest 12-month change since 1991. This kind of sustained and increased inflation may point to something more enduring.

We’ll keep you updated on new economic developments, but here’s a primer on inflation and what it means for you.

How inflation impacts you

Inflation isn’t inherently good or bad. When kept in check, it’s a sign of a healthy economy. It keeps us spending rather than tucking our cash under a mattress. Inflation rates have remained steady in recent decades, but now some commenters worry that current prices will keep climbing to the point where consumers are squeezed, undermining the economic recovery. And it may threaten labor market participation by messing with price stability, which the Fed is working to get back on track in the post-pandemic era.

Simply put, inflation is a sustained increase in consumer prices. It means a dollar bill doesn’t get you as much as it did before, whether you’re at the grocery store or a used car lot.

Inflation is usually caused by either increased demand — such as COVID-wary consumers being finally ready to leave their homes and spend money — or supply-side factors like increases in production costs.

Inflation is a given over the long term, and it requires some historical context to mean anything.

For example, in 1985, the cost of a movie ticket was $3.55. Today, watching a film in the theater will easily cost you $13 for the ticket alone — nevermind the popcorn, candy or soda. A $20 bill in 1985 would buy you almost four times what it buys today.

Over the past century, there have only been a few years when the annual inflation rate in the US has been a negative number. But we also measure inflation in the short term, where we can see sharper rises, such as the one we saw for June.

How do we know if we’re in a period of inflation?

Inflation isn’t a physical phenomenon we can observe. It’s an idea that’s backed by a consensus of experts who rely on market indexes and research.

One of the most closely watched gauges of US inflation is the Consumer Price Index, which is produced by the federal Bureau of Labor Statistics and based on the diaries of urban shoppers. CPI reports track data on 80,000 products, including food, education, energy, medical care and fuel.

The BLS also puts together a Producer Price Index, which tracks inflation more from the perspective of the producers of consumer goods. The PPI measures changes in seller prices reported by industries like manufacturing, agriculture, construction, natural gas and electricity.

And there’s also the Personal Consumption Expenditures price index, prepared by the Bureau of Economic Analysis, which tends to be a broader measure, because it includes all goods and services consumed, whether they’re bought by consumers, employers or federal programs on consumers’ behalf.

The Labor Department announced that the CPI increased by 5% in May, following an increase of 5% in April — the rise that first caused a stir among market watchers. Some specific market segments are experiencing even more dramatic price surges: The index for used cars and trucks shot up by 10.5% in June.

But that rise in the CPI, in and of itself, doesn’t mean we’re necessarily in a cycle of rising inflation. That’s where the Federal Reserve comes in.

How the Federal Reserve can fix things

The Fed, created in 1913, is the control center for the US banking system and handles the country’s monetary policy. It’s made up of 12 regional Federal Reserve banks and 24 branches and run by a board of governors, all of whom are voting members of the Federal Open Market Committee, which is the Fed’s monetary policymaking body

Many expected the Fed to increase interest rates in November, and perhaps again in December, but interest rates remained untouched through 2021. However, the majority of Fed officials see at least three interest — if not four — rate hikes coming in 2022 in response to rising inflation.

With rates well over the 2% inflation goal, Powell announced that it would be appropriate to raise interest rates soon, that is, as early as March when the FOMC has its next meeting. A Jan. 26 press briefing indicated that the Fed hasn’t made solid decisions yet on when federal funds rate will go up nor by how much. The FOMC will wait and see how the economy develops.

Maybe, though it’s too soon to say — and the Fed seems to have a handle on the situation. While you’re seeing the cost of day-to-day living go up, it’s possible it’s just the normal and expected response to the previously stalled-out pandemic economy, which is rapidly strengthening.

There’s been no consensus among experts that inflation will become a sustained cycle. It’s just on their radar, especially now. However, the accelerating pace of inflation — and the fact that it’s seeping into portions of the economy undisturbed by the pandemic — could mean the situation is worse than originally thought.

For now, the Fed continues to be on track to end its bond-buying program by early March, and will continue to monitor the economy to see when it is appropriate to raise interest rates, which could be as soon as late March.

It’s worth noting that the Fed has been generally successful in keeping inflation at or below its target of 2% for almost a decade. But these are unprecedented times, and this is definitely an issue to keep an eye on.

What about the other ‘flations’: Deflation, hyperinflation, stagflation?

There are a few other “flations” worth knowing about. Let’s brush up.

As the name infers, deflation is the opposite of inflation. Economic deflation is when the cost of living goes down. (We saw this, for example, during parts of 2020.) Widespread deflation can have a devastating impact on an economy. Throughout US history, deflation tends to accompany economic crises. Deflation can portend an oncoming recession as consumers tend to halt buying in hopes that prices will continue to fall, thus creating a drop in demand. Eventually, this leads to consumers spending even less, lower wages and higher unemployment rates.

This economic cycle is similar to inflation in that it involves an increase in the cost of living. However, unlike inflation, hyperinflation takes place rapidly and is out of control. Many economists define hyperinflation as the increase in prices by 1,000% per year. Hyperinflation is uncommon in developed countries like the US. But remember Venezuela’s economic collapse in 2018? That was due in part to the country’s inflation rate hitting more than 1,000,000%.

Stagflation is when the economy enters a period of stagnation. In these instances, unemployment is high, prices are rising and economic growth is slow. Stagflation was first recognized in the 1970s after the energy crisis. Simultaneously, inflation doubled, the US experienced negative GDP growth and unemployment reached 9%. Memories of this dark economic time factor into current fears of inflation spiraling out of control, even though the circumstances are very different.

Michelle Meyers and Justin Jaffe contributed to this report.

A direct deposit of news and advice to help you make the smartest decisions with your money. 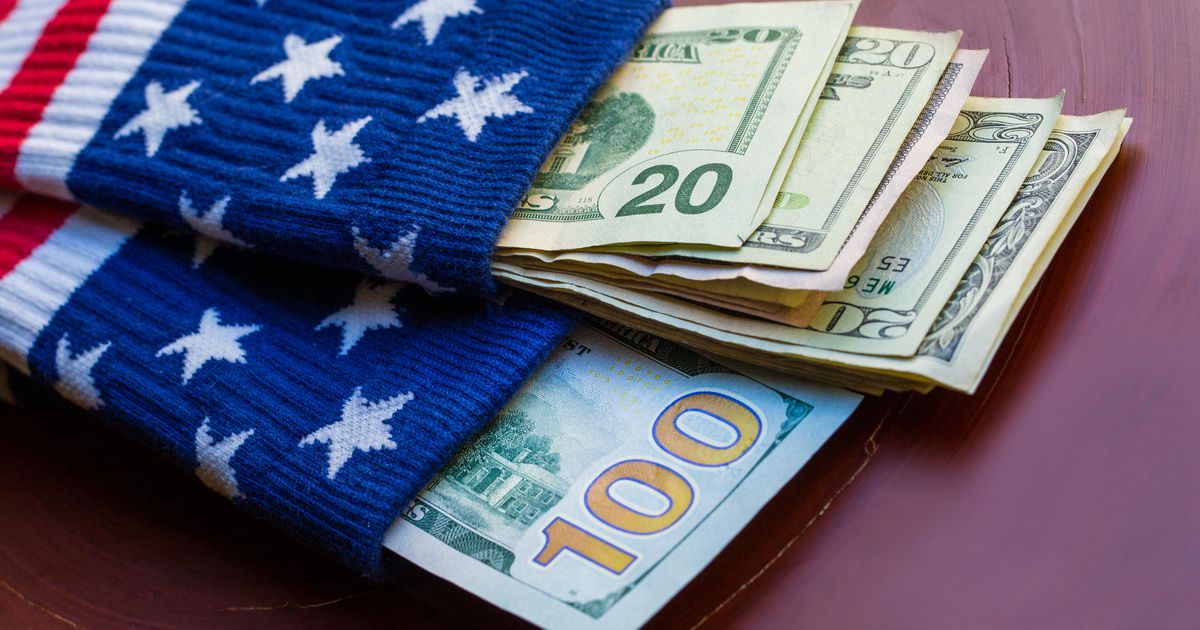 What are the rules around the third payment and child support? Angela Lang/CNET For families with children, the new stimulus bill offers […] 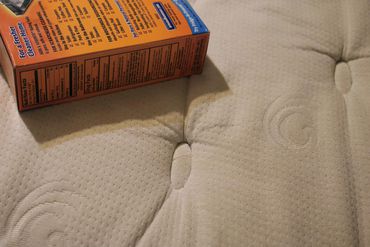 Baking soda can get rid of odors.  Alina Bradford/CNET Your mattress is probably the last thing you think about cleaning, but chances […] 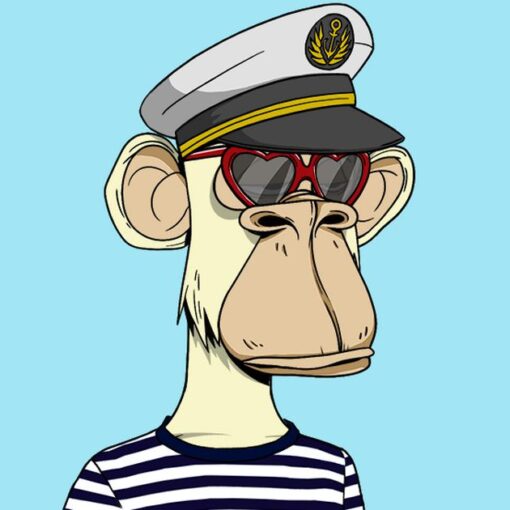 There are 10,000 NFTs in the Bored Ape Yacht Club collection. Here are three examples. The middle one is owned by Jimmy […] 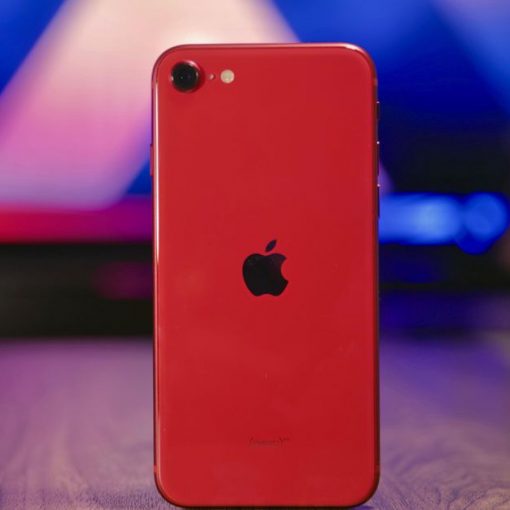