Andrew Bailey was the first central banker out of the blocks when the Bank of England brought an end to pandemic era interest rates with the December rise to 0.25 per cent.

Bigger players may not be far behind. The direction of travel from the US Federal Reserve chairman Jay Powell at this week’s session of the interest-rate setting open markets committee was clear enough to shake share markets.

Powell talked of supply chain price hikes becoming more persistent. He said a rate increase, from the current zero to 0.25 cost of federal funds, ‘will soon be appropriate’. 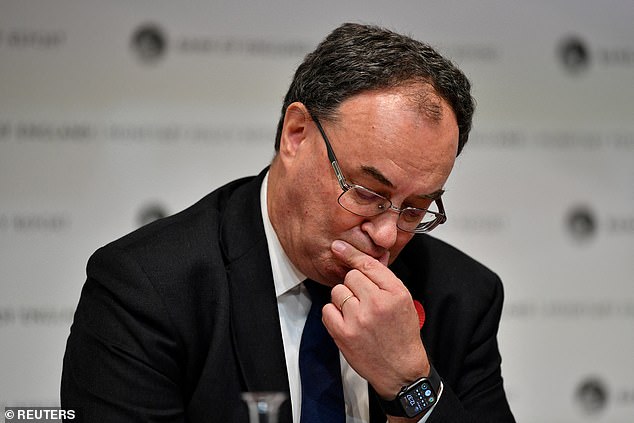 Tough call: Andrew Bailey was the first central banker out of the blocks when the Bank of England brought an end to pandemic era interest rates with the December rise to 0.25%

The Fed is doing some housekeeping by bringing a conclusion to the monetary splurge caused by asset purchases.

The broad version of the US money supply is estimated to have jumped by as much as 35 per cent over the last couple of years.

It was a big factor in igniting the flood of cash into bitcoin, the surge in Gamestop shares, the Nasdaq boom and other speculative activity.

Recognition that the Fed is about to raise the drawbridge has seen bitcoin battered and the Nasdaq in retreat.

In the UK, the Bank’s quantitative easing has ground to a halt and there is no immediate plan to unwind its holding of gilts.

So the main weapon for hosing down inflation, set to surge to 7 per cent in the spring, is higher interest rates.

As often is the case, money markets are jumping the gun and the yield on two-year Government bonds increased to the highest level since May 2011 in latest trading at a shade under 1 per cent.

The return on the ten-year gilt stands at 1.3 per cent. All this appears to signal a further rise in bank rate to 0.5 per cent as soon as next week, and 1.5 per cent by year end.

Even though these interest rates are remarkably low by historic standards, it will make a difference to home buyers with variable and tracker rates.

There is another significant fallout from the inflation and interest rate response. It raises the cost of servicing Britain’s national debt, which stands at 85 per cent of output.

Higher interest rates will add some £15billion to the bill for servicing index-linked gilts in the next financial year. If rates were to rise to 1.25 per cent, the overall cost of servicing debt would climb even further.

Rising interest rates is one of the arguments marshalled by the Treasury in defence of the 1.25 per cent NHS and social care levy.

It is argued that any fiscal head room will be quickly swallowed, so the tax is needed, not just for the NHS, but to maintain fiscal discipline.

Maybe. But the last thing a recovering economy needs is the double blow of higher rates and bigger tax burden at the same time.

Diageo is a British consumer goods group which regularly shoots out the lights.

In the quarter-of-a-century since it was forged from the merger of Grand Met and Guinness it has changed beyond recognition, with a laser focus on premium brands.

Out of the door went dated food franchises Burger King and Pillsbury, the Chateau and Estate wine holdings and most recently a package of some of its lesser spirits such as Seagrams. There has been huge investment in Johnnie Walker (with sales up 36 per cent in the UK), upmarket tequila Casamigos and Don Julio, Tanqueray gin and Guinness, especially in Africa.

Strong control of the supply chain, in spite of problems with glass and corrugated cartons, should mean consumers will not be paying much more for their pint at the Pig & Whistle or a bottle of Black Label (aged over nine years).

Buoyant first half sales, up 16 per cent, fuelled by premium brands means that in addition to a 5 per cent uplift in the dividend it is able to advance its £4.5billion share buyback plan by a year to 2023.

Could another, powerful branded UK consumer group learn from this?

Cut off from the speedy growth of Prudential’s Asian arm, fund manager M&G has looked a forlorn beast and been touted as a takeover target.

Latest foray is the purchase of a 90 per cent stake in Zurich specialist responsAbility which manages £2.7billion of emerging market assets. None of this is transforming.

But it is a small step towards creating something more durable. 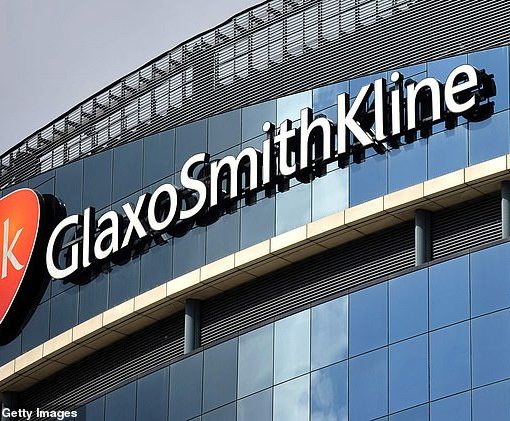 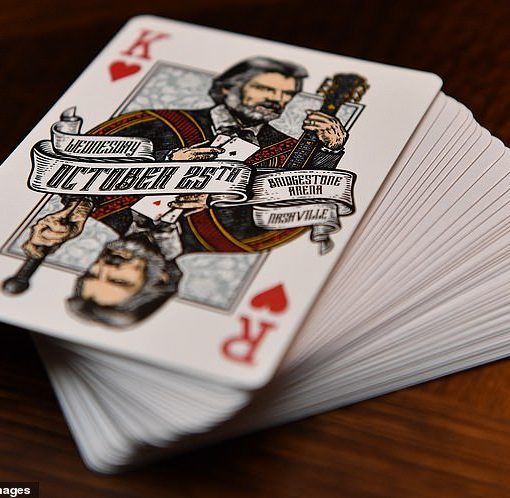 ‘You’ve got to know when to hold ‘em, know when to fold ‘em.’ Many bitcoin investors may wish they’d heeded Kenny Rogers’ […] 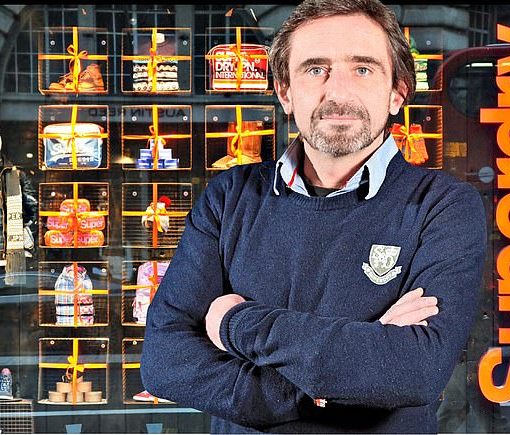