PARIS — The last time the couture collections took place was the first time most of the fashion world, that traveling circus that reunites only during shows, had seen one another after more than a year of pandemic trauma.

That was in July 2021, and the streets of Paris were afizz with excitement; air kisses were exchanged for full-body hugs and there was talk that a corner had been turned. Vaccines were here. Restaurants were reopening; festivals were taking place. Everyone would need something to wear!

Designers would give it to them. Fashion capital-F was back, baby.

All that promise evaporated under the reality of Omicron. Now, in Paris, antigen-test tents speckle the sidewalks, which otherwise are mostly empty. Cocktails and dinners are off.

And though the couture shows have returned (albeit absent some brands: Armani, which canceled its Privé show outright; Azzaro and Giambattista Valli, which took refuge in digital), what is on the catwalk seems like nothing so much as a requiem for all that lost hope.

Or, as Daniel Roseberry, the creative director of Schiaparelli — which had something of a banner 2021, dressing Lady Gaga for the U.S. presidential inauguration, Beyoncé for the Grammys and Bella Hadid for the Cannes Film Festival — wrote in his show notes: “the loss of certainty; our loss of surety; the loss of our collective future.”

The loss, he might have added, just before the season began, of two of fashion’s most vivid personalities: André Leon Talley, the operatic editor and couture true believer; and Thierry Mugler, the first ready-to-wear designer to be asked to join the couture schedule, whose camp power dressing productions made shows into Shows. Even the Kanye West/Julia Fox what-will-he-put-her-in-next? tour of the front rows only provided momentary distraction.

Fashion is in limbo, baby? Well, for once, maybe everyone can relate.

It would have been awfully depressing, if sometimes it didn’t look so good. That’s the alchemy of the gig: to take even our general malaise, and make it into something beautiful.

It doesn’t always work: In his second collection for Alaïa, which falls somewhere between couture and ready-to-wear, Pieter Mulier seemed stuck betwixt and between the legacy of the house’s founder and his own ideas.

Knit bodycon dresses made to resemble Picasso’s Tanagras, ceramics from the late 1940s that played with the female body, were terrific, but a riff on the signature flares of the Alaïa skirt as exaggerated bell-bottoms fell flat. They appeared in lacy knit jumpsuits (sometimes crocheted one-legged jumpsuits), jeans — and on the tops of boots. Worn with clingy thigh-length tops to expose a strip of skin so the “skirt” appeared suspended on the leg, they were trompe l’oeil in search of a point. Or a (now canceled) party.

But at Schiaparelli, in his ambivalence and where-do-we-go-from-here? questioning, Mr. Roseberry found inspiration, stripping away some of the over-the-top scenery-chewing effects that have marked his past work in favor of a more reductive silhouette almost entirely in black and white and gold.

So there were some of the metallic double-entendre accessories he has made famous, like “toe shoes” (shoes with gold digits and jutting nails) and palm trees sprouting en tremblant from shoulders, as well as a showstopper of a matching dress, headdress and gloves made from what looked like molded flames covered in gold leaf and gems that turned the wearer into a living burning bush.

But mostly there were bike shorts and nipped-in jackets with curvaceous face-framing collars, corsets and pencil skirts. One little black off-the-shoulder dress had orbital rings built into the arms and body; another extruded thin metallic strips from the top of a strapless sheath like the memory of a meteor shower. A big black jacket came embroidered in gold like a vestment; an ecclesiastical velvet collar rested above a slither of white silk. The net effect was of an otherworldly religious order.

(Mr. Roseberry conceded he had become a “little obsessed with ‘Dune’” during isolation.)

When one model appeared, her eyes dripping crystal tears, a gold hat shadowing her head like a halo, her body a slip of black, it looked like an elegy.

As a symbol, the only other visual that came close were the dark circles painted around one eye of select models at Chanel. Which were, according to a brand spokeswoman, meant as a nod to the constructivist set by the contemporary artist Xavier Veilhan, but in practice suggested nothing so much as a black eye.

This was in part because that’s where thoughts often go these days: to the worst-case scenario. And in part because Charlotte Casiraghi, a brand ambassador and committed horsewoman, opened the show by riding down the runway on a gelding, and it was hard not to start imaging all kinds of possible equestrian accidents. There’s just a general sense of having been kicked in the face.

The black eyes gave a connecting punch to the bouclé skirt suits layered like a protective outer covering atop filmy underthings and graceful 1920s négligée dresses that lay lightly on the body. Save for some weird slit-up-the-side harem pants paired with tweed jackets, that meant the best collection the designer Virginie Viard has produced since she took over in 2019 after Karl Lagerfeld’s death. At least it did not protest its contemporary youthful relevance so desperately much.

It’s clear now that no one can predict the future, not even what we will want to wear in six months. All designers can do is provide some palliative care for a life stuck on pause.

At Dior, the artistic director Maria Grazia Chiuri did. Working (like Mr. Roseberry at Schiaparelli) almost entirely in shades of black and white and silver, and preoccupied (like Mr. Roseberry) with the role of fashion today, she offered up a show that valorized craft; the telling detail rather than the bombastic statement. Her couture is increasingly minimal — sometimes it’s so understated, it feels like it might blow away — forcing the viewer to look closer, and closer still, to see what it’s all about: embroidery so delicate it looks like fabric; dresses suspended from pleats at the neck.

Ivory wool tunics cowled at the back to reveal sheer beaded panels and suiting almost nun-like in its purity alternated with sheer leggings encrusted in elaborate beadwork worn with tiny, glittering one-shoulder bodysuits or under sheer midi skirts — either way paired with embroidered metallic ankle socks and court shoes covered in jewels, the better to display the painstaking work of her atelier.

It was all set against a backdrop of 340 square meters (3,660 square feet) of wall hangings created by the Chanakya embroidery school in India (this is the third time the school has worked with Dior on a show) and replicating the paintings of the husband and wife artists Manu and Madhvi Parekh. The point being, Ms. Chiuri said backstage, that “craftsmanship has no nationality.” And that the value of handwork, oft-dismissed as folk art, is as great as the value of any decorative art.

That’s a more politically radical, and interesting, idea than the feminism she often espouses on the runway, and one with potentially more impact. She’s thinking small, in the biggest way. 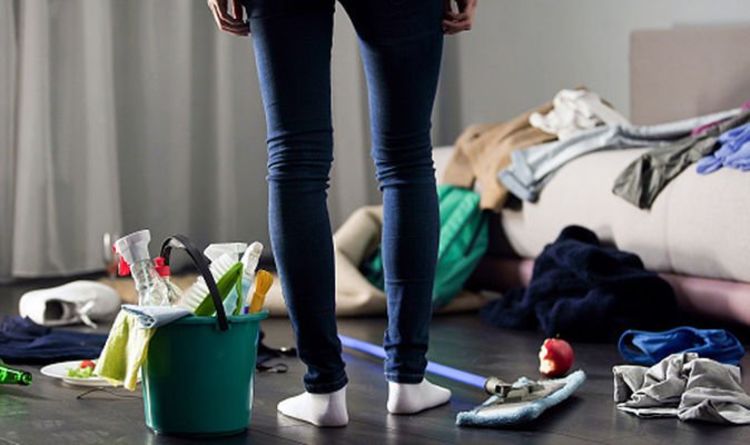 A poll of 2,000 adults found almost half yearn to move to a larger home, with more than a third considering their […] 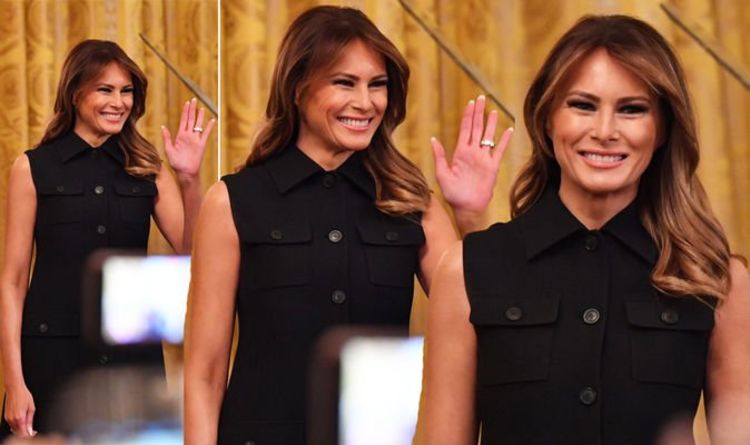 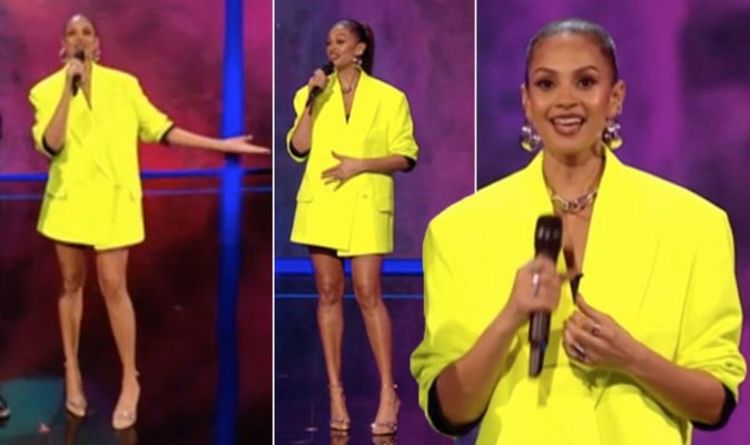 Alesha Dixon, 41, hosted the BBC1 show The Greatest Dancer alongside Ashley Banjo tonight. The stunning star made sure to stand out […] 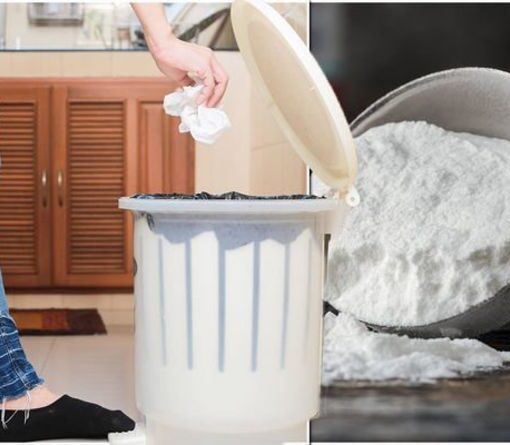 From food waste to discarded packaging, your kitchen bin can become a breeding ground for unwanted smells in the home. This typically […]