There couldn’t be a better time for wearable technology to shine. In the coronavirus era, we’re all concerned about our well-being. So wearable computers with tiny sensors that offer insight into our health seem particularly useful.

One such gadget that stands out as intriguing is the third-generation Oura Ring, which was unveiled last November. It’s a tiny $300 health-monitoring device worn on a finger as if it were a piece of jewelry.

The ring, according to Oura Health, offers the unique ability to measure minute changes in body temperature to help women accurately predict their menstrual cycles and potentially detect when a person is getting sick. That might even reveal early symptoms of Covid-19, the company has said.

Who wouldn’t want that these days?

The Oura Ring has also made a splashy debut. You may have seen it in a recent episode of “And Just Like That,” the reboot of “Sex and the City.” Prince Harry, Kim Kardashian and Jennifer Aniston have been seen wearing one. And ads for it have surfaced on Instagram and other social media, portraying the ring as a replacement for devices like the Apple Watch.

Despite all the hype, I’m disappointed to report after two weeks of wearing an Oura that it was a letdown. The ring failed to accurately measure basic data like my footsteps, which raised broader questions about my general health data. (More on this later.) And while the charts about my heart rate and sleep patterns sure looked neat, I didn’t feel more enlightened about my overall health.

I also can’t confirm whether the Oura can detect Covid-19 or any disease because I (fortunately) haven’t gotten ill.

For a second opinion, I turned to Dr. Ethan Weiss, a cardiologist at the University of California, San Francisco, who owns an older version of the Oura Ring that he used to track sleep, body temperature and fitness activity. Dr. Weiss said he had stopped wearing it years ago.

“It didn’t give me anything I could use to help me,” he said. “A lot of these technologies are looking for problems to solve. This is one of them.”

There might be some people who would like the Oura Ring — body hackers and competitive athletes who are striving to optimize their fitness levels jump to mind — but I wouldn’t recommend it for most of us.

Getting started with an Oura Ring is a multistep process. First, you order a free sizing kit from the company’s website to measure your finger. Then you tell the company your size. When the ring arrives, you place it on a dock to charge it and sync it with a smartphone app. Once worn, it takes about two weeks for the software to calculate the baseline of your health data and make accurate estimates.

After Week 1 of testing, something unusual came up. A relative needed help with an emergency, so I hopped on my motorcycle and rode 50 miles to his house.

After I rode home, I opened the Oura app. It said I had walked 20 miles. This was obviously wrong. I had walked only a mile that day when I took my dogs out for an afternoon stroll.

It was clear what had happened. The Oura had incorrectly logged a portion of my 100-mile motorcycle ride as footsteps.

A quick web search revealed that Oura customers complained about this issue last year with the ring’s previous version. The company’s response at the time, posted on Reddit, was that the ring falsely detected “excess motion” from motorcycling as a fitness activity, and it suggested removing the ring and putting it in a pocket while riding a motorcycle.

Chris Becherer, Oura Health’s head of product, told me that the company was aware of the problem and researching a fix. He suggested that in the meantime, I could go back and delete workouts to inform the app that I wasn’t walking.

This didn’t work. The app had permanently recorded my movements as walking, and the data could not be purged. I ride motorcycles regularly, including for errands around town, so that meant nearly a week of activity data was ruined. Having to manually edit my data would also have defeated the purpose of an automatic tracker.

For comparison, I also wore an Apple Watch while testing the Oura. Even after my 100-mile trip, the Apple Watch correctly reported that I had walked only about a mile and had not exercised much that day.

Around the world. The European Union recommended that residents traveling within the bloc who have been vaccinated or have recovered from the virus should not face additional restrictions like testing or quarantine. In China, officials reported a case within a bubble set up to insulate Olympic participants from the rest of the country.

Days later, I wore the Oura again while riding my motorcycle to the gym. The app reported that I had walked about six miles in 3,500 steps.

Some aspects of the Oura are interesting. The ring’s battery lasts about seven days, much longer than devices, like the Apple Watch, that need to be recharged every other day. That longer charge means the ring can stay on your body longer, which then enables it to collect more data about you over time, including detailed information about your heart rate and sleep.

Each day, the app tallies up those various measurements to calculate a “readiness” score. A high readiness score indicates that you have recovered well from the previous day’s activities. My readiness scores were probably inaccurate in general because of my motorcycle riding — but for nonriders who are athletes, this could be a useful way to determine whether to do a hard workout or to rest for the day.

I also liked the way the Oura app visualized data for sleep. It showed a chart illustrating when I was in different stages of sleep and when I was awake. It also showed my lowest heart rate while asleep — a higher heart rate could be the result of stress or having a late meal. Finally, the app offered advice: When bedtime approached, the software recommended against caffeine and alcohol consumption to get a better night’s slumber.

At the end of the experiment, though, I asked myself if I actually needed technology to be aware of my habits and health. After I removed the Oura and stopped checking the app, I didn’t feel that I missed out on anything.

My experiences aside, Oura’s greatest failure is reflected in customer feedback. The second Google search result for “Oura Ring” is a collection of overwhelmingly negative customer reviews for the product. Dozens of angry customers complained about a support team that refused to respond to questions or solve problems.

That suggested Oura Health had underinvested in customer support. This is something I hate to see. How a company treats its customers is part of the experience of owning a product, and a brand’s service reputation is always in the back of my mind when I review products.

Mr. Becherer acknowledged the negative feedback and said the company had struggled to build up its customer support operations as its product evolved. He said the company had been unprepared to handle the volume of customer queries after it recently added a subscription plan, asking customers to pay $6 a month for the app’s services after a six-month trial. (Previously, the software features were free.)

“It’s getting better,” Mr. Becherer said about the support operations. “We monitor that stuff very closely. It was a very significant load.”

The upshot: Let’s wait and see if this product improves. For now, there’s a cheaper way to find out if you’re sick with Covid-19: rapid at-home test kits, which the U.S. government has started offering free. 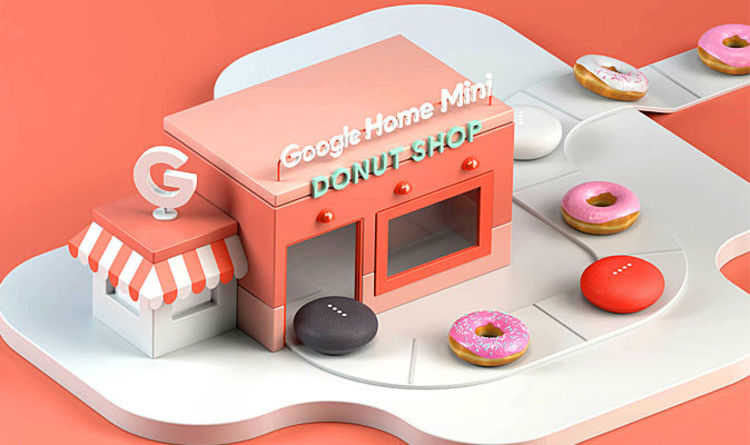 Google will be handing-out Google Home Mini smart speakers during a series of pop-up events across London this weekend. Starting from March […] 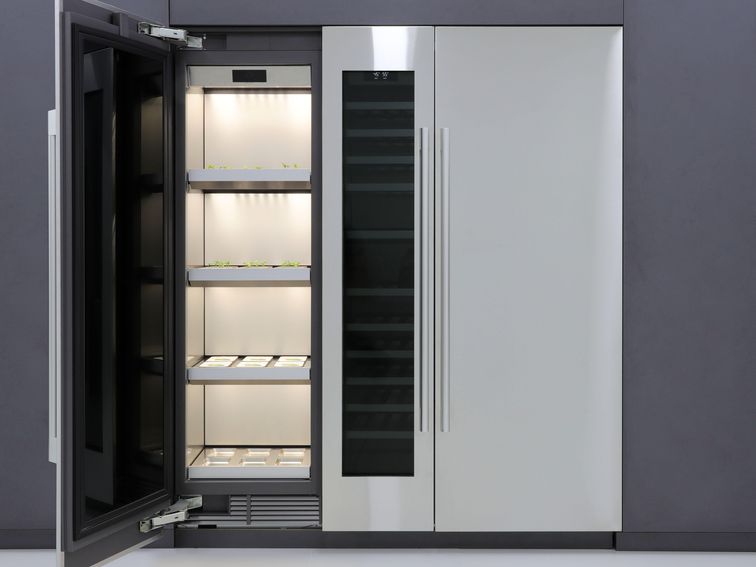 LG When you think of growing herbs indoors (calm down, not that kind), most people image terra cotta pots lined neatly on […] 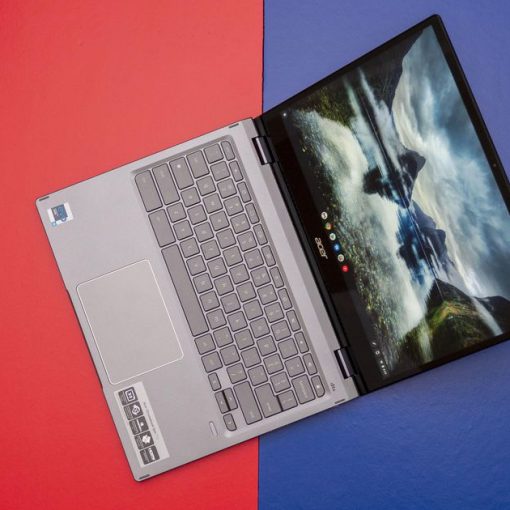 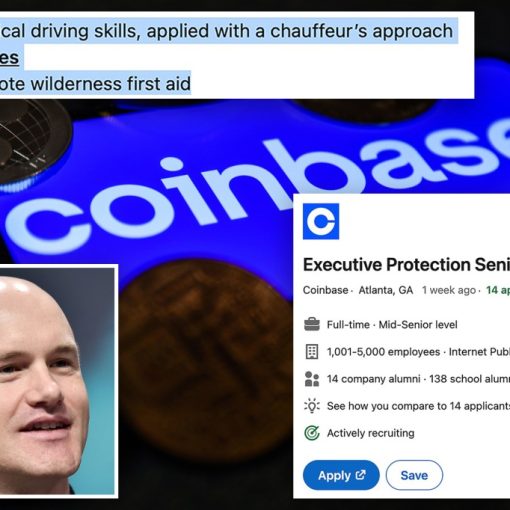 Coinbase wants to hire James Bond — but only if he likes NFTs.  The American cryptocurrency exchange posted a bizarre opening for […]