“If we make the World Cup people will know who we are,” Cyle Larin says. The Besiktas forward knows that Canada are on their way to achieving something special. They have only once qualified for the World Cup, only to go out in the first round after losing all of their group games at Mexico 86, but a place in Qatar is there for the taking.

November’s 2-1 victory over Mexico has made people take notice of Canada, who are one point clear of the USA at the top of the standings. They had not beaten Mexico since 1976 and Larin, who scored both his side’s goals on a freezing night in Edmonton, feels that momentum is building. “We can compete against anybody,” Larin says. “If you’re playing for this team, it’s special. You saw it in the Mexico game.

“We hadn’t beaten Mexico in a long time. The last three times we’d played Mexico I was injured and had to watch. We always had a chance to win and this time I told myself we’d beat them. We did and it showed how good we are. I think it’s the team and brotherhood we have. A lot of players play in Europe and we’ve never had that before. Now we’ve been together for a while and keep growing.”

Canada’s rise is eye-catching. They have rarely registered as a force on the global stage, but they demand attention at the moment. Canada, whose next qualifier is away to Honduras on Friday, have a talented squad. They are managed by an English, John Herdman, who has some of the most exciting young players in the world at his disposal. Everyone knows about Alphonso Davies, Bayern Munich’s flying left-back, and Jonathan David’s goals helped Lille win Ligue 1 last season. Larin, meanwhile, won a league and cup double with Besiktas last season and is the leading scoring in Concacaf qualifying with 11 goals.

“I always wanted to play in a World Cup,” Larin says. “When I was growing up a lot of the flags on the streets were for different countries. I always wanted to change that and make a World Cup with the national team. We have a chance to make all those flags change to Canadian flags. That’s one of the main reasons I want to go and show that Canada can compete with the big teams. I watched all the previous World Cups and it pushes me to get even better.”

Larin, who grew up in Brampton, Ontario, says that he always had a ball at his feet. The 6ft 2in forward played basketball and ice hockey but he was more drawn to football. “Hockey’s expensive and I didn’t have that money,” the 26-year-old says. “Soccer was always the one thing I knew I was really good at. I loved the game. I idolised Didier Drogba. I played against him in MLS and I always watched Chelsea. They were my favourite team.”

Larin, who has been called the “Silent Giant” because of his quiet demeanour, started out at Brampton Youth and his development picked up when he joined Sigma, a highly successful Canadian academy. He went to Europe to see what it would take to make it at the highest level and soon landed a move to Major League Soccer, joining Orlando City in 2015.

Orlando were good for Larin. He scored freely and had a chance to play alongside Kaká, the former Brazil, Milan and Real Madrid great. “He was a very smart player,” Larin says. “It was a good time of my career and I enjoyed playing with him. He always got me the ball.

“He always knew what to do a couple of steps before he got the ball. He was always looking off his back shoulder and was a step ahead of everyone. He could dribble too. You see his level and where he’s played, you know you’d like to get to that standard.”

Larin was determined to go to Europe. Driven and single-minded, he was not willing to let the opportunity pass him by when Besiktas came calling in 2018. He left Orlando under something of a cloud and moved to Turkey for a new challenge.

Yet it was not easy at first. David, who is only 22, has made an instant impact since moving to Europe. The striker impressed in Belgium for Gent, who sold him to Lille for £27m in 2020, and is expected to join one of Europe’s top clubs if he leaves the French club next summer. But Larin has been more of a slow burner. He took time to adapt to Turkish football and moved to Belgium in 2019, joining Zulte Waregem on loan.

It was a challenge. Yet Larin stuck at it. He stayed at Besiktas and helped them win the title by scoring 19 goals in 38 league appearances last season. “I adapted well,” he says with typical understatement.

Others are taking notice, even though Besiktas are out of Europe after finishing bottom of their Champions League group. Larin is out of contract next summer and he has been linked with a move to the Premier League. “I’m just focused on the season,” he says. “Hopefully win another championship.”

1) Way back when in January, Rod Stewart was invited to conduct the Scottish Cup fifth round draw. And what a job […] 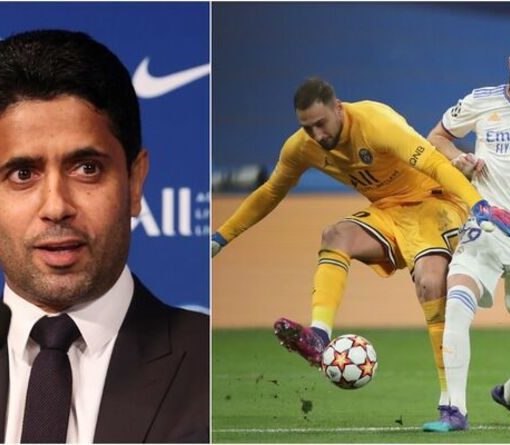 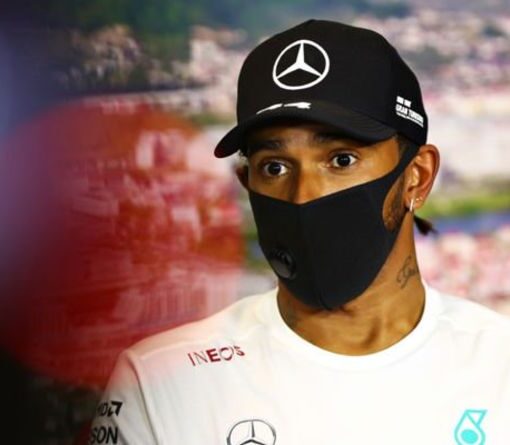 Lewis Hamilton reportedly has ‘no problem’ with his contract situation and is still in no rush to get the deal done, despite […]