Armed gunmen have fired shots into the air outside the headquarters of the Security Service of Ukraine in Kiev. The SBU is Ukraine’s law-enforcement authority and main government security.

It has added to sky high tensions in the capital. Concerns are escalating about the possibility of all-out war with Russia.

Since 2014, more than 14,000 people have been killed as a result of conflict in eastern Ukraine.

And, according to reports, Moscow’s commanders have ordered large amounts of multi-launch rocket systems to be transported into Belarus which could be used for an invasion.

In September, Ukrainian President Volodymyr Zelenskiy warned an all-out war with Russia could be a “possibility”.

On Monday, more than 8,500 US troops were placed on high alert ready to deploy to Europe at short notice to bolster NATO efforts amid tensions between Russia and Ukraine.

In a latest move by Washington to counter Moscow’s military build up on the border of Ukraine, at least 8,500 US troops are readying themselves to be deployed.

Pentagon spokesperson John Kirby said no decision whether to deploy or not had been made yet.

The troops could be called upon in case of an escalation between Ukraine and Russia.

Mr Wallace told MPs: “In light of the increasingly threatening behaviour from Russia and in addition to our current support, the UK is providing a new security assistance package to increase Ukraine’s defensive capabilities.

“We have taken the decision to supply Ukraine with light anti-armour defensive weapons systems.

“A small number of UK personnel will provide early-stage training for a short period of time, within the framework of Operation Orbital, before returning to the United Kingdom.

“This security assistance package complements the training capabilities Ukraine already has and those that are also being provided by the UK and other allies in Europe and the United States.

“Ukraine has every right to defend its borders and this new package of aid further enhances its ability to do so.

“Let me be clear: this support is for short-range and clearly defensive weapon capabilities; they are not strategic weapons and pose no threat to Russia; they are to use in self-defence.”

The Defence Secretary said any invasion by Russia would be viewed as an “occupation”.

He added: “I fear it could lead to a huge loss of life on all sides.

“The current difficult relationship with the Kremlin is not the one we wish it to have with the United Kingdom, it does not have to be this way.”

He went on to stress things in common between the two countries. When they came to take Jonnish Saganash away, he was only five years old. It was 1954, and the Canadian government had […]

Barron Trump has enrolled in a $34,800-a-year private school just 15 minutes from his dad’s Mar-a-Lago country club. The Oxbridge Academy in […] 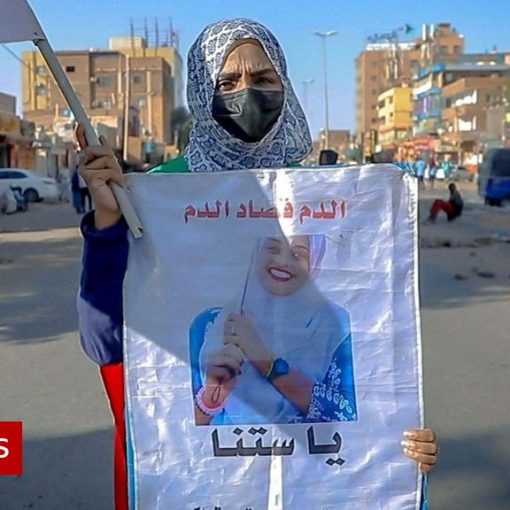 Sudan has seen weeks of large pro-democracy protests against a military coup that ousted the civilian transitional government last October. More than […]