NASA on Friday released stunning footage of a powerful flare shooting out from Earth’s sun.

The burst of energy appears like a bright flash of light in the upper right region of the massive star, which the American space agency classified as a M5.5-level flare – or moderately strong.

The flare was released around 1:01am EST and was captured by the Solar Dynamics Observatory (SDO), which observes the sun constantly.

NASA’s Solar Dynamics Observatory monitors the sun with a fleet of spacecraft that study everything from its atmosphere to the particles and magnetic fields in the space surrounding Earth.

M-class flares are the second-highest type behind X-class flares, which can go all the way up to X20, representing an extreme solar flare event.

Extreme space weather, or solar storms, occur when the sun shoots out boiling-hot plasma in the form of solar flares and winds.

Although the most solar storms are usually harmless, a large enough one hitting Earth could have catastrophic effects.

Friday’s solar flare, however, was not as intense as others emitted from our sun in the past – one observed in 1582 was referred to as a ‘great fire.’ 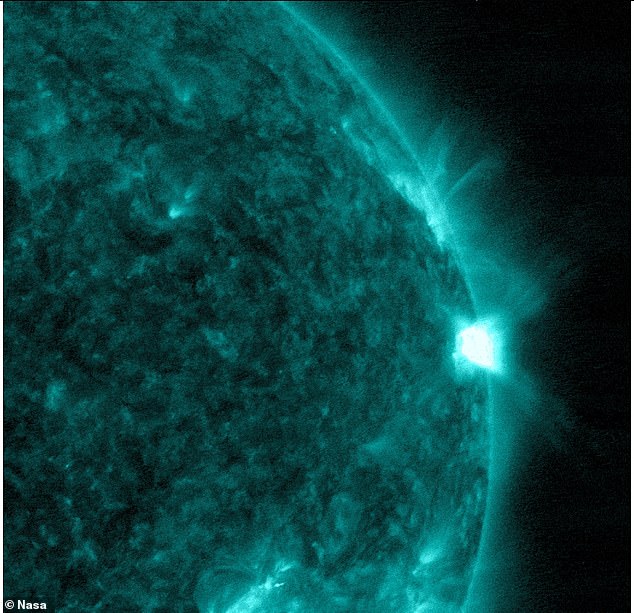 The burst of energy appears like a bright flash of light in the upper right region of the massive star, which the American space agency classified as a M5.5-level flare – or moderately strong

The flare was actually seen over dozens of cities across Europe and Asia, and eye-witness accounts of the event were just uncovered in April 2021.

Scientists at Cornell University found a report of a ‘fiery red display in the sky’ that lasted three days, while another said ‘fire rays arose above the castle which were dreadful and fearful.’

People of this time were unaware of that the event was a massive solar storm, but modern-day astronomers are using the storms to help predict future solar activity.

The solar storm that hit the Earth on March 8, 1582 is comparable to those in 1909 and 1989, which suggest they are a ‘a once-in-a-century occurrence and ‘one or two can be expected in the 21st century,’ experts say.

If a similar intense solar storm were to hit our modern world, it would cause billions of dollars in damages and knock out power grids worldwide.

Pero Ruiz Soares, an eyewitness of the 1582 solar storm, wrote: ‘All that part of the sky appeared burning in fiery flames; it seemed that the sky was burning.’

‘Nobody remembered having seen something like that…At midnight, great fire rays arose above the castle which were dreadful and fearful.

Scientists at Cornell University found eye-witness observations who report a ‘fiery red display in the sky’ that lasted three days, while another said ‘fire rays arose above the castle which were dreadful and fearful.’ Pictured accounts reported over the three day event 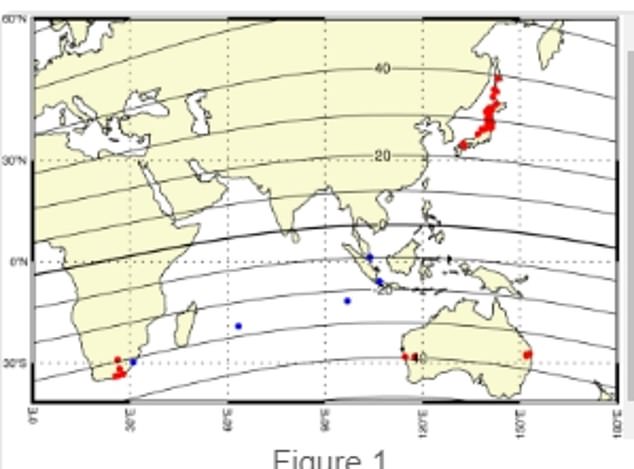 The solar storm that hit in 1909 is said to be one of the most intense of the 20th century. According to Japanese auroral records, bluish color started to appear first, followed by reddish color

‘The following day, it happened the same at the same hour but it was not so great and terrifying. Everybody went to the countryside to see this great sign.’

The solar storm that hit in 1909 is said to be one of the most intense of the 20th century, as first reported on by Universe Today.

Historical records show it impact Earth on September 9, which came in as a shock wave from the solar wind that was later linked to the ejection of plasma from an active sunspot.

According to Japanese auroral records, bluish color started to appear first, followed by reddish color. And it disrupted telegraph communications in mid to low latitudes.

Solar storms, or solar activity, can be divided into four main components that can have impacts on Earth:

While these may seem dangerous, astronauts are not in immediate danger of these phenomena because of the relatively low orbit of manned missions.

However, they do have to be concerned about cumulative exposure during space walks.

This photo shows the sun’s coronal holes in an x-ray image. The outer solar atmosphere, the corona, is structured by strong magnetic fields, which when closed can cause the atmosphere to suddenly and violently release bubbles or tongues of gas and magnetic fields called coronal mass ejections

The damage caused by solar storms

Solar flares can damage satellites and have an enormous financial cost.

Very large flares can even create currents within electricity grids and knock out energy supplies.

When Coronal Mass Ejections strike Earth they cause geomagnetic storms and enhanced aurora.

A large influx of energy could flow into high voltage power grids and permanently damage transformers.

This could shut off businesses and homes around the world. 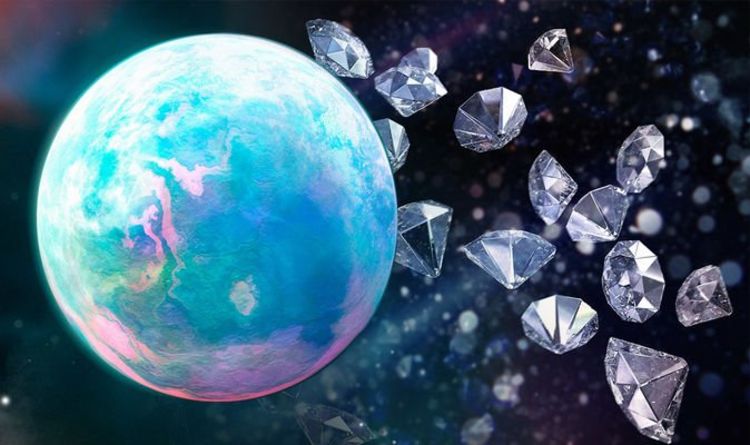 As the number of known exoplanets beyond our solar system grows, so does our knowledge of what these alien worlds look like. […] 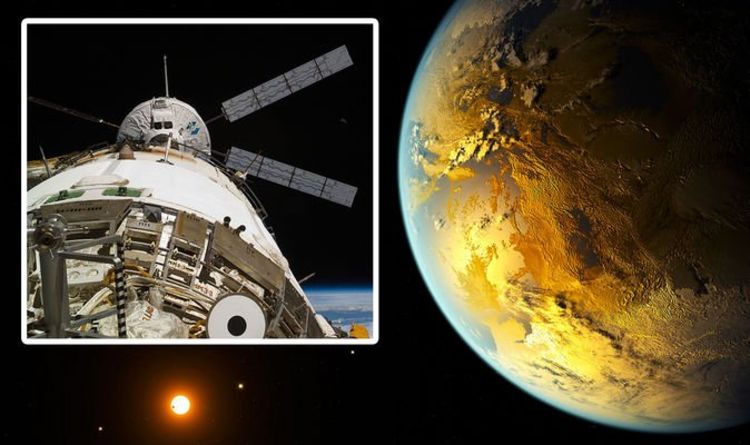 Kepler is a retired space telescope launched by NASA to discover Earth-size planets orbiting other stars. It was designed to survey a […] 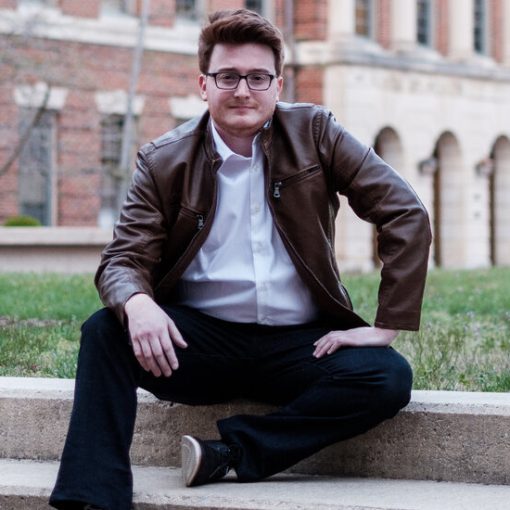 Colin Carlson, a biologist at Georgetown University, has started to worry about mousepox. The virus, discovered in 1930, spreads among mice, killing […] 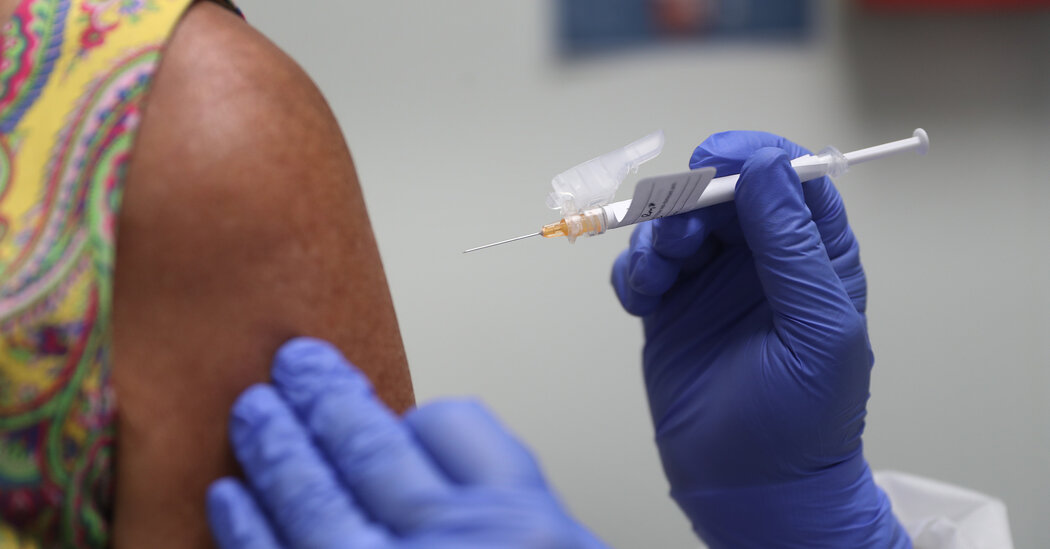 Federal officials outlined details Wednesday of their preparations to administer a future coronavirus vaccine to Americans, saying they would begin distribution within […]