Fox News reporter Jacqui Heinrich tried to get through to Joe Biden during his White House briefings and demanded to know why he was waiting on Vladimir Putin to act first over Ukraine. Mr Biden came under flak for his comments on Wednesday after it appeared he slightly backed off on protecting Ukraine’s sovereignty after he suggested a “minor incursion” from Russia may not garner a huge response from allies. Mr Heinrich challenged the President on the concerns but he branded it a “stupid question” as reporters were once again denied a proper opportunity to hold Joe Biden to account.

Mr Biden met with his Infrastructure Implementation Task Force and Council of Advisor on Science and Technology on Thursday to discuss more details of his infrastructure plan and the ongoing COVID-19 pandemic.

But as Ms Heinrich and other reporters were being escorted out of the room, she yelled: “Why are you waiting on Putin to make the first move, sir?”

Mr Biden gave a wry smile before muttering: “What a stupid question.”

Earlier, once the President wrapped up his meeting, White House staffers were heard yelling over the attending reporters so they could not get their questions clearly through to the President.

Mr Biden earned the ire of Ukrainian President, Volodymyr Zelensky, after it appeared he suggested the US would take a more muted response against Russia if they conducted a “minor incursion”.

He said: “Russia will be held accountable if it invades. And it depends on what it does.

“It’s one thing if it’s a minor incursion and then we end up having a fight about what to do and not do, etc.

“But if they actually do what they’re capable of doing with the forces amassed on the border, it is going to be a disaster for Russia if they further invade Ukraine.”

Secretary of State, Antony Blinken, has been in Germany where he has met foreign ministers from across Europe to address a potential invasion of Ukraine.

Mr Blinken said: “We didn’t expect any major breakthroughs to happen today, but I believe we are now on a clear path in terms of understanding each other’s concerns and each other’s positions.”

Mr Biden has come under repeated attacks from his political opponents due to his apparent avoidance of the US media.

Last week, Mr Biden delivered an update on the Omicron variant and the increased purchases of home-testing kits.

But again, reporters in attendance were hurriedly escorted from the room once he was finished with one journalist sarcastically shouting out: “Maybe a press conference soon Mr President? We’d look forward to that.”

Mr Biden reacted with a chuckle and said: “Me too.”

Mr Johnson answered several questions from UK outlets but handlers quickly began yelling and escorted people out of the room once that was complete.

Ms Psaki raised eyebrows at the time when she suggested the reason for the removal of journalists was because the Prime Minister was not expected to take questions. Countries in the Middle East have dominated a list of the world’s top executioners in 2020 with more than 400 executed, Amnesty […]

CANBERRA, Australia (AP) — The United States is expected to have resettled more than 1,100 refugees by early next year under a […] 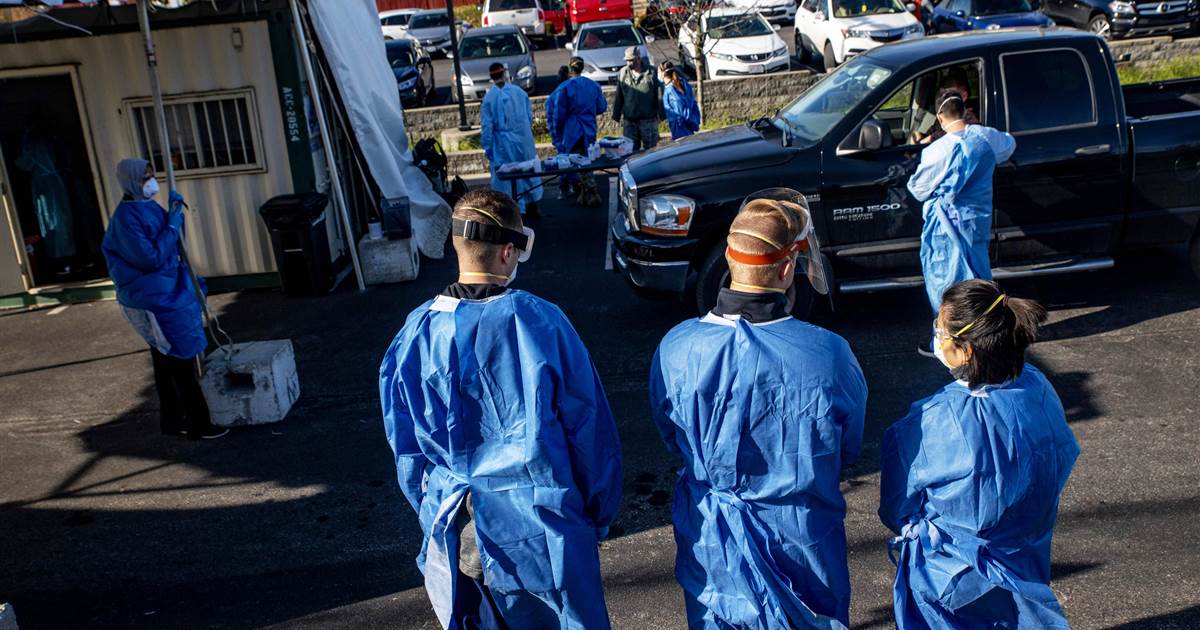 CINCINNATI — With the coronavirus increasingly sweeping across Ohio and hospitalizations surging, Gov. Mike DeWine fears Thanksgiving may be what pushes hospital […]