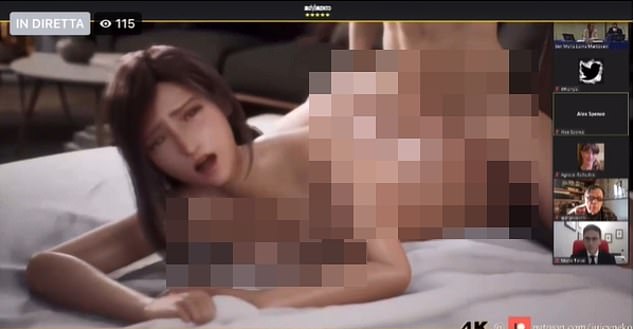 The game is designed for teenagers and does not feature any sex scenes. The clip in question was presumably created by a ‘fan’ with the character inserted into it.

Loud moaning could be heard on the stream as viewers were confronted by around 20 seconds of the clip before visuals were shut down.

Along with the clip, a loud message was played which said, in accented English: ‘I used to be a sex offender, now I am a kindergarten teacher.’

One of the organisers can be heard saying: ‘There’s a person that has snuck in—I apologize. If the other director please can help me kick out this person.’

The conference was then shut down for a brief period while the intruder was removed, before resuming. It continued, uninterrupted, for three hours.

Maria Laura Mantovani, a senator for the Five Star Movement, said afterwards that she intends to report the incident to the police. 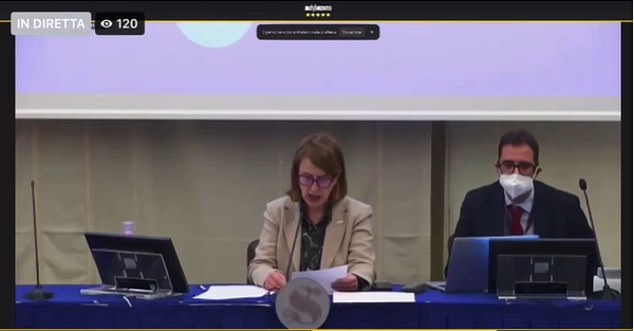 Maria Laura Mantovani, the senator who organised the online talk (pictured), said she has since reported the incident to the police

Ms Mantovani, who organised the conference, said: ‘This afternoon there was a very serious episode, a real attack against which I express absolute indignation.

‘During an online conference organized by me, someone sneaked in by broadcasting a video from pornographic content.

‘I have reported everything to the competent authorities so that they can proceed to identify the person responsible.’

Ms Mantovani added that the conference had initially been organised in-person with an online component, but in light of Italy’s rapidly rising Covid case count, it was decided to move the event entirely online.

She was in attendance in-person in the Palazzo Giustiniani, where Italy’s senate is based, while all other guests dialled in from their homes or offices.

The pornographic clip did appear on monitors inside Palazzo Giustiniani as well as to those attending online, she added.

In unverified footage of the Mexico earthquake, children can be seen being rescued from a crumbling building after the deadly tremors shook […] 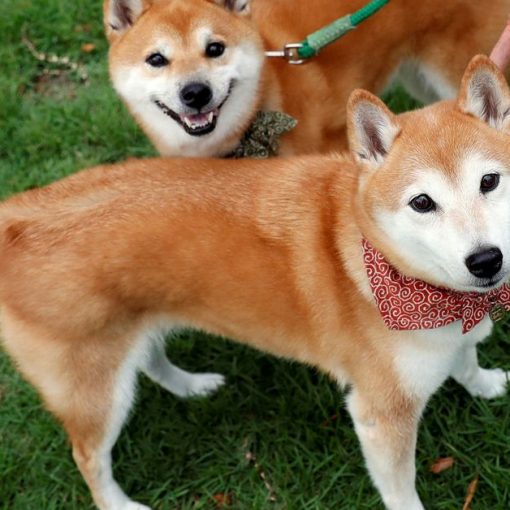 Dogecoin prices hit an all-time high on Tuesday, with a market capitalisation above $50 billion, after social media fans used hashtags to […] 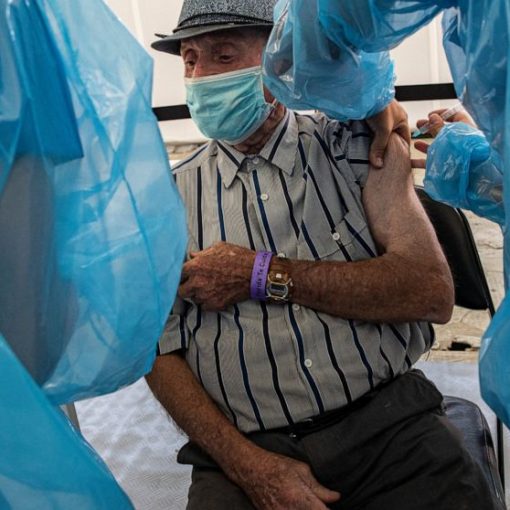 China has given broader approval for the domestic-made Sinovac coronavirus vaccine, expanding those who can receive it beyond the high-risk and priority […] 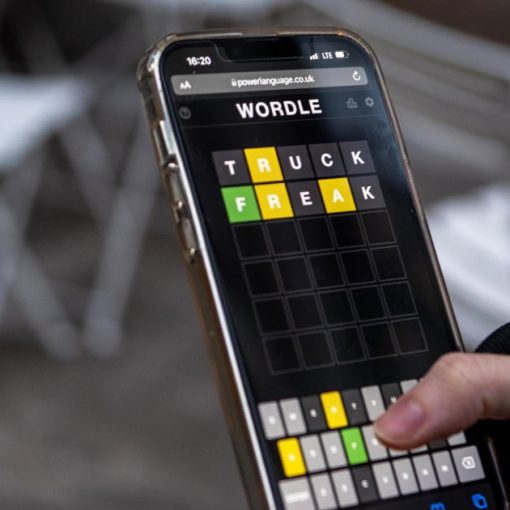 The New York Times purchased Wordle, the popular online puzzle that has become the latest gaming addiction, the company announced Monday. The […]