We already knew that anglerfish have light-generating bacteria in their tissues – now it turns out that one species, the Pacific footballfish, can also glow by fluorescing green

Deep-sea anglerfish illuminate their pitch-black home using a lure that contains a colony of bioluminescent symbiotic bacteria, but now researchers have discovered that one anglerfish species creates a glow in a second, unexpected way.

The Pacific footballfish (Himantolophus sagamius) can also biofluoresce, which means it absorbs one wavelength of light and reflects it as a different colour. It is an ability seldom documented in the ocean’s inky depths, and has never been seen in anglerfish before.

In May 2021, a dead female footballfish washed …

FLAGSTAFF, Ariz. (AP) — In a story July 8 about northern Arizona’s role in astronaut training, The Associated Press reported erroneously the […]

A girl rests next to her brother in a temporary shelter following the eruption of Mount Agung in Klungkung, Bali, Indonesia, Saturday, […] 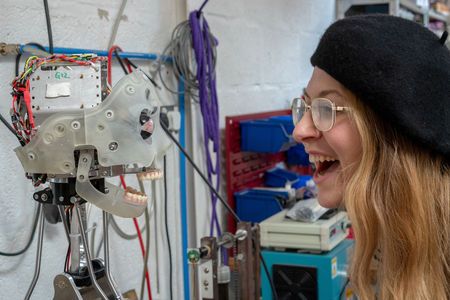