Think your bishop’s opening, queen’s gambit, and pawn play are unique? A new artificial intelligence (AI) algorithm has got your chess style pegged. AI software can already identify people by their voices or handwriting. Now, an AI has shown it can tag people based on their chess-playing behavior, an advance in the field of “stylometrics” that could help computers be better chess teachers or more humanlike in their game play. Alarmingly, the system could also be used to help identify and track people who think their online behavior is anonymous.

“Privacy threats are growing rapidly,” says Alexandra Wood, a lawyer at the Berkman Klein Center for Internet & Society at Harvard University. She says studies like this one, when conducted responsibly, are useful because they “shed light on a significant mode of privacy loss.”

Chess-playing software, such as Deep Blue and AlphaZero, has long been superhuman. But Ashton Anderson, a computer scientist at the University of Toronto and principal investigator of the new project, says the chess engines play almost an “alien style” that isn’t very instructive for those seeking to learn or improve their skills. They’d do better to tailor their advice to individual players. But first, they’d need to capture a player’s unique form.

To design and train their AI, the researchers tapped an ample resource: more than 50 million human games played on the Lichess website. They collected games by players who had played at least 1000 times and sampled sequences of up to 32 moves from those games. They coded each move and fed them into a neural network that represented each game as a point in multidimensional space, so that each player’s games formed a cluster of points. The network was trained to maximize the density of each player’s cluster and the distance between those of different players. That required the system to recognize what was distinctive about each player’s style.

The researchers tested the system by seeing how well it distinguished one player from another. They gave the system 100 games from each of about 3000 known players, and 100 fresh games from a mystery player. To make the task harder, they hid the first 15 moves of each game. The system looked for the best match and identified the mystery player 86% of the time, the researchers reported last month at the Conference on Neural Information Processing Systems (NeurIPS). “We didn’t quite believe the results,” says Reid McIlroy-Young, a student in Anderson’s lab and the paper’s primary author. A non-AI method was only 28% accurate.

“The work is really cool,” says Noam Brown, a research scientist at Meta (the parent company of Facebook) who has developed superhuman poker bots. He looks forward to chess bots that mimic Magnus Carlsen, the reigning world champion, and says style-aware AI could transform other computer interactions. “There’s a lot of interest in chatbots, where you can have a chatbot that would speak in the style of Albert Einstein or something,” he says.

The researchers are aware of the privacy risks posed by the system, which could be used to unmask anonymous chess players online. With tweaks, McIlroy-Young says, it could do the same for poker. And in theory, they say, given the right data sets, such systems could identify people based on the quirks of their driving or the timing and location of their cellphone use.

NeurIPS organizers found the study technically impressive but ethically fraught, and accepted it on the condition that the researchers elaborate on the privacy risks. (It could be “of interest to marketers [and] law enforcement,” one reviewer commented.) Anderson says they’ve decided, for now, not to release the software code.

Because wind speeds are higher on average over ocean than over land, wind turbines in the open ocean could in theory intercept […] 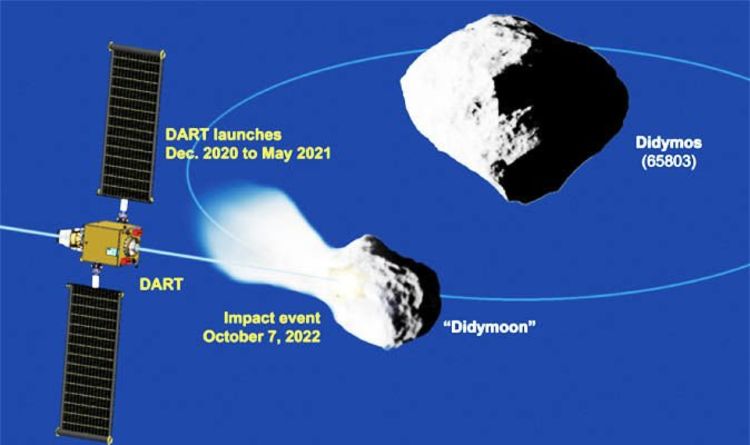 NASA’s Double Asteroid Redirection Test (DART) is scheduled to collide with a binary asteroid system in October 2022. The space mission will […]

Climate change has drastically reduced the number of blacktip sharks migrating down the Atlantic coast to South Florida, posing a threat to […]

International Business Machines Corp. (NYSE:IBM) and MIT are teaming up on a Watson AI lab. IBM, MIT to Team Up on Watson AI […]