FATAL ATTRACTION: P-22 has become a Hollywood hero but mountain lions have been known to kill (Image: STEVE WINTER/National Geographic)

Bears and wolves could once again roam far flung parts of Britain, if the growing campaign for rewilding has its way. It aims to restore ancient natural habitats and reintroduce species that have long been hunted out of existence on our shores.

Not everyone is happy at the prospect of living alongside the carnivorous appetites, powerful jaws and lethal claws of apex predators. Many take a dim view of putting their children, pets and farm animals at risk for the sake of reversing biodiversity loss. But if you worry about reintroducing beasts of prey into your local woodlands, perhaps you should try living on my street, where a mountain lion regularly stalks at night.

It feasts on deer and coyotes, snacks on possums and raccoons, and could easily make a meal of any human if it wished.

But I don’t live in the wilds of the Serengeti or in the heat of the Kalahari.

My home is in Hollywood, California, in the foothills of the peak where the famed Hollywood sign stands, just a stone’s throw from the Universal and Warner Bros. studios.

It’s a leafy stretch of the Hollywood Hills that backs onto the sprawling wilderness of Griffith Park: one of America’s largest urban parks, teeming with wildlife. It’s here that a male mountain lion has made his home for the past ten years.

California’s mountain lions, also called pumas and cougars, have attacked and killed humans, mauling cyclists and ambushing errant pets. In the past three years five children under the age of six have been attacked. In much of America the intrusion of wild animals is feared and reviled. Bears intruding into residential areas are routinely trapped and relocated, or killed.Wild wolves are often shot on sight.

In the UK, according to one poll, a third of people would reintroduce lynxes and wolves and a quarter want to bring back bears – which presumably means two-thirds and threequarters respectively are against such measures.

But in Hollywood the local (and quite deadly) mountain lion, known as P-22 to the scientists who have tagged and continually track him, is a beloved star.

Residents talk of P-22 with affection and admiration: a handsome beast at home in his natural habitat, brushing up against locals whose homes have intruded into what has been mountain lion territory since the last Ice Age more than 11,000 years ago.

“It’s an honour in this neighbourhood to be visited by P-22,” says Hollywood resident KathyValentino.

“We love that we can live here and have these beautiful animals amongst us.”

Christine Rothman agrees: “We love him.”

Artist’s impression of wildlife overpass that will reconnect P-22 to other mountain lions (Image: )

While Erin Ahern Lilly writes on P-22’s Facebook page, which boasts 16,000 followers: “Still out there looking sexy as hell,” P-22 also has his own clothing line with T-shirts, baby onesies, sweaters and plush toys, and is celebrated in documentaries and books.

He thrives in the Hollywood hills, feasting on a smorgasbord of wildlife served up by Griffith Park: an all-you-can-eat mule deer buffet – his favourite – with coyote, raccoon, grey fox, opossum, skunk, rats and mice also on the menu. But P-22 is lonely. He braved the deadly rush of two ten-lane freeways to travel from the Santa Monica Mountains in the northwest to reach the Hollywood hills in the east, where he is now hemmed in on three sides by freeways, and on the fourth by the city of Los Angeles.

Yet after ten years no other mountain lion has managed to safely join him: 12 have been killed trying to cross the freeways since 2002.

“He’s the Brad Pitt of the cougar world,” says Beth Pratt, who heads the non-profit National Wildlife Federation’s campaign to save mountain lions.

“He’s handsome, has aged well, but has struggles with his dating life.” But lion-loving locals have found a solution: construction begins next month on a £64million wildlife overpass across theVentura Freeway, connecting the Simi Hills to the Santa Monica Mountains, hopefully reuniting P-22 with many of California’s estimated 1,500 mountain lions roaming free. It’s further proof of how LosAngeles residents have embraced the dangerous predator in their midst.

“In any other state, this cat would have been removed or killed immediately upon detection,” says Pratt, who sports a P-22 tattoo on her left arm.

“Here we are living with him and celebrating him.”

Don’t imagine that P-22 is some small bobcat or lynx-like feline.The “P” stands for “puma,” and the mountain lion is the world’s fourth-largest big cat. Adults weigh more than 14 stone and sprint at 40 mph.

They routinely range over a territory of 200 square miles, but P-22 has made the eight square miles of Griffith Park his personal fiefdom.

Since he was tagged in 2012, P-22 has become one of Hollywood’s most sought-after celebrities, with sightings reported more eagerly than bumping into Angelina Jolie at the supermarket.

Though paparazzi don’t pursue him, P-22 is now arguably the most photographed of Hollywood’s stars, appearing almost nightly on the home security cameras of local residents.

He strolled past my house three times in the past month, most likely on his way to hunt in the rugged hills above Warner Bros studios, where packs of wild coyotes often gather at night in what is appropriately named Coyote Canyon. Locals watching from their hilltop windows have seen him ripping apart more than one unfortunate coyote in the predawn light.

He ranges across the Hollywood hills like a celebrity with an allaccess backstage pass: strolling past the

FAME AND FORTUNE: P-22 has his own toys, T-shirts and Facebook page (Image: )

P-22 has been seen hunting mule deer in the celebrity cemetery Forest Lawn, where Bette Davis and Carrie Fisher are interred, and drinking before dawn from the cool waters of the Lake Hollywood reservoir.

CCTV has shown him strolling through the sprawling LosAngeles Zoo in Griffith Park like a hungry diner perusing a delicatessen’s meat selection. Many of P-22’s fans refused to believe it when zookeepers accused him of making off with a koala bear – until DNA evidence placed P-22 in the koala’s enclosure.

“If they did not want their koala eaten, they should have taken better care of it,” says LosAngeles author and P-22 fan Simon Stephenson.

In Britain, where the last brown bear was killed by the Middle Ages, and wolves hunted to extinction in the 18th century, many have embraced the move toward rewilding, but draw the line at sharing territory with apex predators.

Tensions are rising in rural areas of Scotland where government-funded programmes have successfully reintroduced lost species including beavers, golden eagles and sea eagles, and apex predators may not be far behind.

Farmers are already concerned that beavers damage farmland and eagles attack lambs – and who knows what carnage wolves and bears might inflict?

“Britain has made great strides with rewilding, but P-22 has shown that people can live harmoniously with nature,” says Pratt. “I can’t say he’ll never attack anyone, but mountain lion attacks are incredibly rare, as long as they’re treated with respect.”

Back in Hollywood, P-22 marks out his territory as he goes, leaving deep paw scrapes in trees, piles of leaves covered with his scent, and unleashes the occasional roar into the night, hoping for the reply of a female lion. None ever comes.

But perhaps soon, with the construction of the freeway overpass for wildlife, P-22 may eventually find a mate, and Los Angeles residents could one day hear the pitter-patter of tiny paws outside their megamansions.

A NASA-backed study looked at astronaut brains before and after different durations of spaceflight. Watch TV shows, movies and more on Yahoo […] 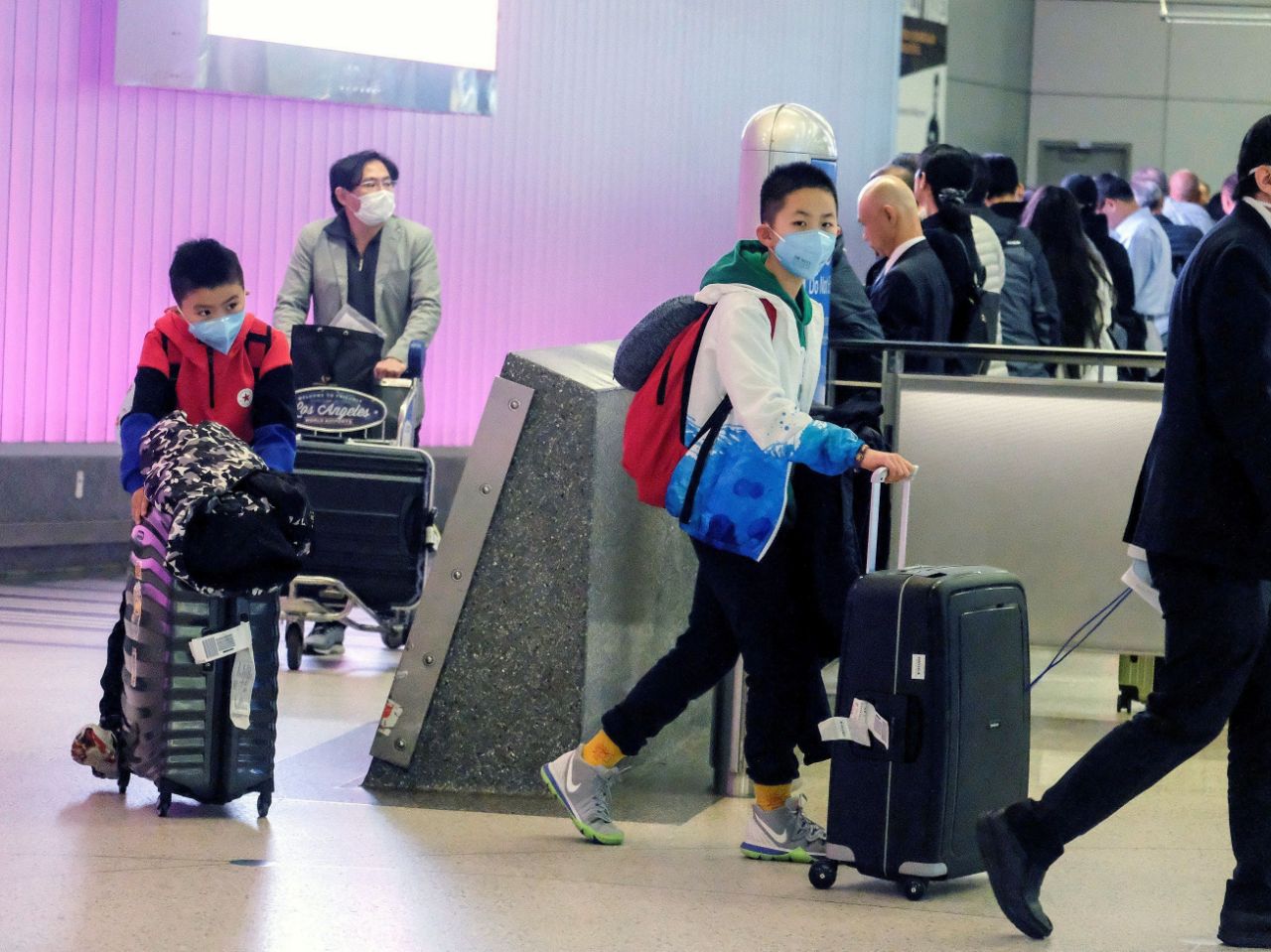 FILE PHOTO: Passengers arrive at LAX from Shanghai, China, after a positive case of the coronavirus was announced in the Orange County […] 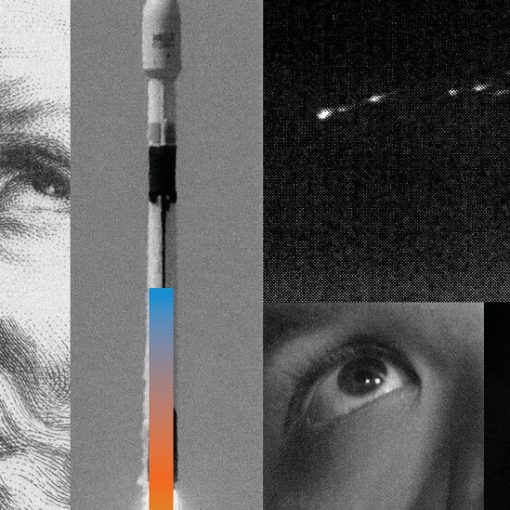