Tony Blair – desperate to remain America’s staunchest ally, but fearful of the repercussions – wanted credit for having British boots on the ground. But his generals were warning of a bloodbath in Kunduz. So the Prime Minister hedged his bets by issuing a “national caveat” barring British troops from offensive operations – the SBS could only shoot if under attack. Based in Poole, Dorset, the SBS had long been regarded as the poor cousins of the Special Air Service. The much-larger SAS were already in southern Afghanistan on the trail of Osama bin Laden. Once Kunduz had fallen, the SBS would be left with little more than mopping up.

Adding insult to injury, the SBS men had been ordered to paint their two WMIK Land Rovers white so they would look like humanitarian vehicles belonging to a warm-and-fuzzy aid group.

On November 25, 2001, four of the SBS team were assigned to guard a US Navy Seal officer on a hospital visit. Morale was flagging. War, however, is infinitely unpredictable and events unfolding that morning would propel the SBS to the forefront of the conflict, changing the elite unit’s history for ever.

Reports were coming in to the US base in Mazar-i Sharif of two CIA officers missing amid an al-Qaeda prisoner uprising at the nearby fort of Qala-i Jangi. Some 400 fanatical jihadists were on the loose and US special forces were assembling a rescue team.

When an American officer suggested Blair’s restrictions meant the British might not be able to take part, one of the SBS men replied: “**** that, mate!” The eight SBS men were trained in assault and rescue ­operations.

They were led by Jess, a captain, and former Royal Marine. His most ­experienced NCO was Sergeant Paul “Scruff” McGough, who a year earlier had rescued British soldiers held hostage in Sierra Leone.

The medic was Tony, a corporal who, despite years of service, had yet to see combat. Without a single medal to his name, he was beginning to think he was destined to be left out of the action for ever.

Four others, also corporals, might have been assembled simply to come up with a range of accents to confuse the Americans. Russ was a huge Cornishman who was strong as an ox. Jonno, a Geordie and another giant, was sometimes called “Little John”. Pat, ­lantern-jawed, hailed from Yorkshire; his bravery in Kurdistan after the Gulf War had earned him a Mention in Dispatches. Flip, from the West Country, was wiry and as hard as nails.

Whereas the American Green Berets dressed in uniform, the SBS wore local scarves called shamags, with jeans, Barbour jackets and tactical vests, some of which were local Calvin Klein knockoffs. Each SBS man carried a Diemaco 5.56mm rifle and a SIG Sauer 9mm pistol. The eighth member of the SBS team was an American, Stephen ‘Steph’ Bass, a 32-year-old Navy SEAL on an exchange programme. From Kentucky, he was the son of a Vietnam veteran.

In London on 9/11, Bass had witnessed the outpouring of support for America and saw the Coldstream Guards band play “The Star-Spangled Banner” outside Buckingham Palace. He personified the “special relationship”. Now, he would fight alongside the British in a bid to rescue fellow Americans.

Their Land Rovers may have been painted white, but each was still mounted with a ­general-purpose machine gun (GPMG) – firepower the Green Berets lacked. “Brits, grab your stuff,” came the call.

The plan to drive through the main gate of Qala-i Jangi fell apart immediately. Smoke spiralled into the air as mortar and RPG rounds exploded. Braking 200 yards short of the fort, everyone but the drivers got out and the vehicles became shields.

Afghans from the Northern Alliance were on the point of being overwhelmed by the al-Qaeda fighters. The SBS wasted no time. Scruff and several comrades unhooked the GPMGs and lugged them up the long eastern tower staircase.

He crawled over to the low wall overlooking the southern compound, where al-Qaeda was concentrated, stood up and unleashed a wall of lead on the enemy below. The SBS men took turns standing up and firing. Within minutes they had mowed down dozens of the enemy fighters – and driven the rest back into the Pink House, a fortified central building, or outhouses.

The tower also overlooked the northern compound, so they used their Diemacos to pick off the al-Qaeda men who had made it through the gate. The combination of highly accurate machine gun and rifle fire was killing the enemy at an astonishing rate.

As Tony heard the radio chatter and the rattle of the GPMGs, he thought: “It sounds like they’re shooting fish in a barrel.”

Tony and Steph had been among five men who had crossed a minefield outside the fort and reached the north-western tower. After an Afghan had unrolled his turban to make a rope for them to climb, they were also busy killing al-Qaeda fighters.

The eight SBS men inside Qala-i Jangi next to one of their armoured Land Rovers (Image: TOBY HARNDEN)

Some enemy were badly wounded but still fighting, some were firing RPGs and a few were hurling grenades. As the SEAL used his Diemaco to pick them off, a machine gun behind him suddenly opened fire. It was Tony, sitting on a Russian DShK, firing away, his legs off the ground because it had been set up for a taller man.

It was his first time in combat and he ­experienced the filtering out of extraneous sounds and the slowing of time so typical of battle. Tony could clearly hear Bass talking to him, and when a target appeared he felt he had ample time to take aim and shoot, when in reality it was just a second or two.

Amid the hubbub, two white doves from a local shrine landed on the parapet beside them. As the two fighters pondered the incongruity of these symbols of peace dropping in on a vicious firefight, the birds cooed contentedly before realising their mistake and flying away.

Some of the Afghan soldiers refused to fight, prompting one commander to beat his men with a stick to force them to pick up their weapons. But Tony found himself bonding with the locals, who had initially been mystified by the shabby SBS men.

The Britons got down to business without fanfare or histrionics. As Tony passed ammunition to the Northern Alliance fighters, they grew in confidence. One gave him a bowl of steaming rice – the Afghans had rustled up a meal as the bullets flew.

Steph and Tony tried to reach David Tyson, a CIA man trapped in the northern tower, timing their move with a US air strike to crawl down a ramp, protected by only a ­shallow lip on the side amid bullets flying inches over their heads. At the bottom, two Northern Alliance soldiers ran into the open and were mown down. Just before nightfall, Steph told an American major he wanted to go forward to look for Mike Spann, the second missing CIA officer.

“No,” he was told. “You need to stay here.” But Steph insisted they use the last traces of daylight to find his fellow American. Before anyone could talk him out of it, the SEAL had jumped over the parapet of the tower and landed outside Qala-i Jangi. He crept around the fort, rifle at the ready, climbed the western tower and hauled ­himself over the battlements.

On top of the tower, he found four Northern Alliance fighters hiding behind a low wall with the corpses of their comrades a few feet away. Steph picked off enemies in the southern compound until they recognised the fresh threat and returned fire.

Concerned he was running low on ammo, he retrieved an AK-47 from a dead Afghan.

As a Navy SEAL firing from an elevated vantage point, he was much more accurate than the al-Qaeda fighters in the compound, and their return fire quickly subsided.

Steph lay on his ­stomach at the front of the tower, overlooking the southern compound, and scanned the area toward the east. In the distance, just in front of the Pink House on its western side, he picked out a figure laying face down, dressed in pale blue jeans and a black fleece, probably Spann, he thought.

If he saw the CIA man being tortured, Steph resolved to shoot him and explain it to the family later. Some things, the SEAL thought grimly, were worse than death.

Steph fired two shots inches from the figure’s feet, to test for signs of life: no movement. He felt sure this was Mike Spann – and that he was dead. Steph jumped over the tower parapet and ran back to where he had left Tony.

It was later confirmed that Spann was dead, killed by two shots to the head, almost certainly in the first moments of the uprising. He was the first US casualty in ­combat since the 9/11 terrorist attacks. His comrade David Tyson, who killed up to 40 al-Qaeda men, eventually escaped.

Had the SBS been allowed to fight in Kunduz, the al-Qaeda uprising at Qala-i Jangi might well have succeeded, freeing 400 al-Qaeda fighters and reversing the tide of the war.

Between them, the eight-man team killed an estimated 150 escapees. By the end of the six-day battle, just 86 of the original 400 prisoners had survived.

For their actions on November 25, 2001, Captain Jess and Corporal Tony were both awarded the Conspicuous Gallantry Cross, second only to the Victoria Cross.

Steph Bass received the Navy Cross – the American equivalent – and also a Military Cross, ­presented to him by the Queen at Windsor Castle.

Sergeant Scruff McGough, who later died in a 2006 paramotoring accident in Cyprus, was Mentioned in Dispatches for his bravery at Qala-i Jangi.

His comrades felt he had deserved a more significant award, but took solace in the knowledge that his place in SBS lore would never be in doubt. 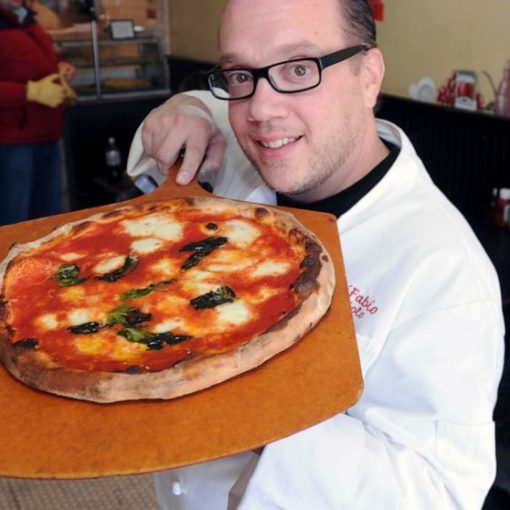 Celebrity pizza chef Bruno DiFabio has been sentenced to 30 days in prison for tax evasion ByThe Associated Press May 6, 2021, […] 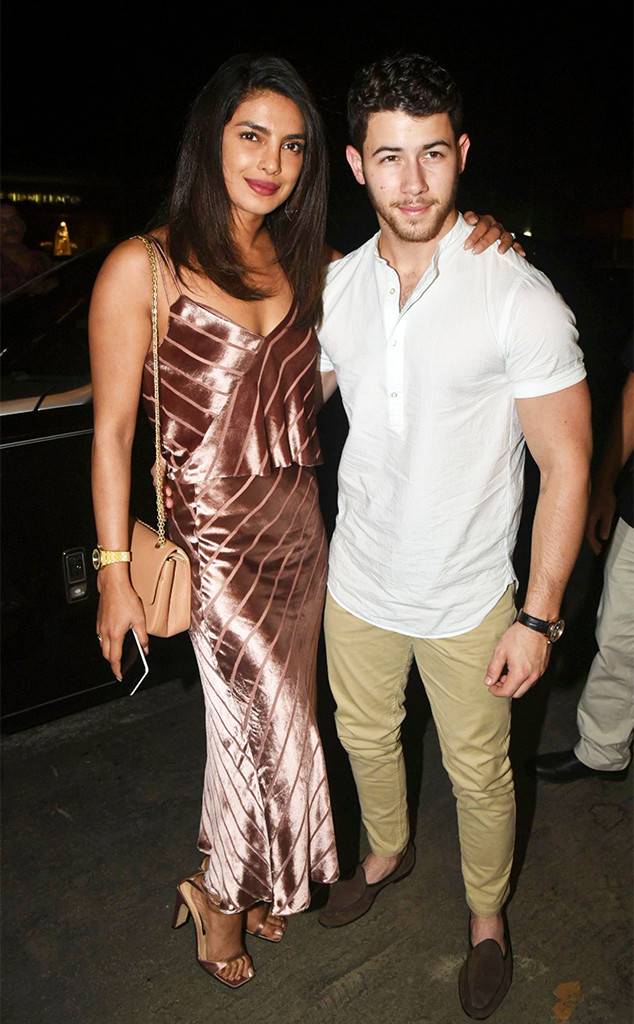 AP/Shutterstock Priyanka Chopra and Nick Jonas‘ whirlwind romance is about to reach a new chapter: marriage! The star-studded couple, who got engaged just […] 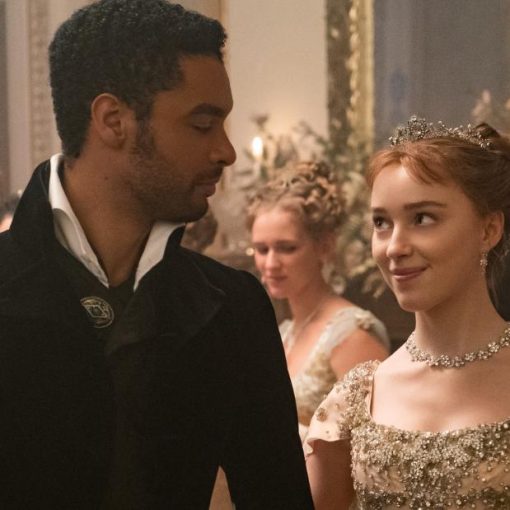 Actress Simone Ashley has been cast as Kate Sharma, according to a tweet from Netflix. “Get ready to fall in love with […] 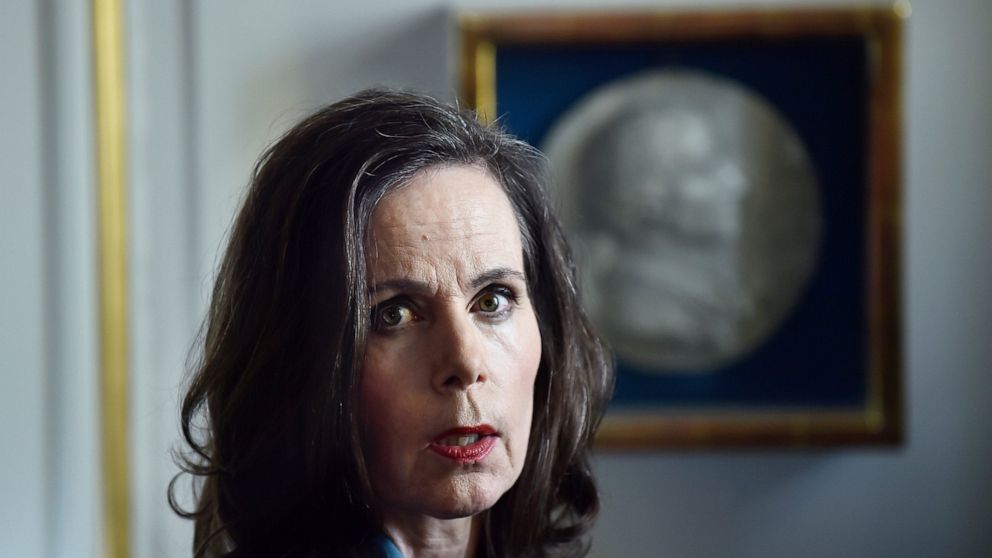 Sara Danius, the first woman to lead the Swedish institution that awards the Nobel Prize in literature, has died at age 57. […]