Robert Lewandowski paid tribute to Ballon d’Or winner Alexia Putellas for her ‘passion’ and ‘love’ for the game as well as being an ‘inspiration’ to the next generation.

The pair attended the Globe Soccer Awards on Monday night with Barcelona star Putellas winning the women’s player of the year gong, while Bayern Munich talisman Robert Lewandowski claimed awards for best goalscorer and fans’ player of the year.

‘I am proud and happy that women’s football is developing so fast and is winning the hearts of millions of fans all over the world,’ Lewandowski wrote on his Instagram profile alongside a picture of the duo together. 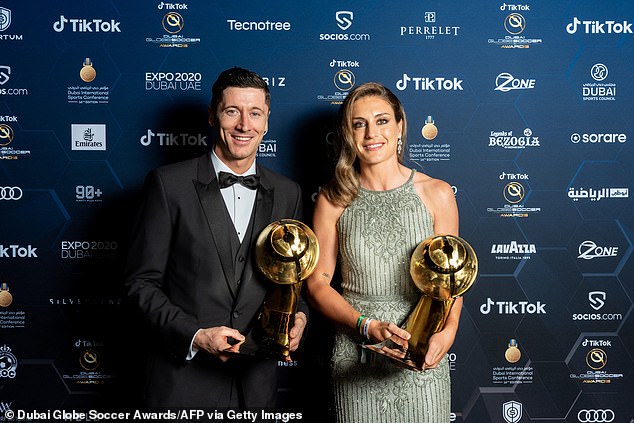 ‘It was a great pleasure to meet again and talk to the best player in the world @alexiaputellas — a person full of passion and love for football, who is an inspiration for many young players.

‘Congratulations on your successes, I will certainly watch your games and I will keep my fingers crossed!’

Fans have been quick to laud the Poland international for his ‘class’ touch to Putellas and for taking the time to highlight the growth of women’s football.

One wrote on Twitter: ‘Lewandowski is class …a good football player and a good person. Male footballers take note.’

Another added: ‘Nothing short of class from @lewy_official,’ while one said: ‘Lewandoski is class. Sorry to Suarez but he is the best striker of this generation in my opinion.’

One fan wrote on Twitter: ‘Robert Lewangoalski is class. In day to day lives professional footballers have so many works and yet Lewandowski took his valuable time to appreciate Women’s football great Alexia Putellas.’ Arsenal are on the hunt for acquisitions in wide areas having had Alex Iwobi as their only permanent natural winger last season, […]

Start all the clocks, plug in the telephone … Joe Willock’s to sign following his half-season loan. Yes, the Mill’s back, albeit […] 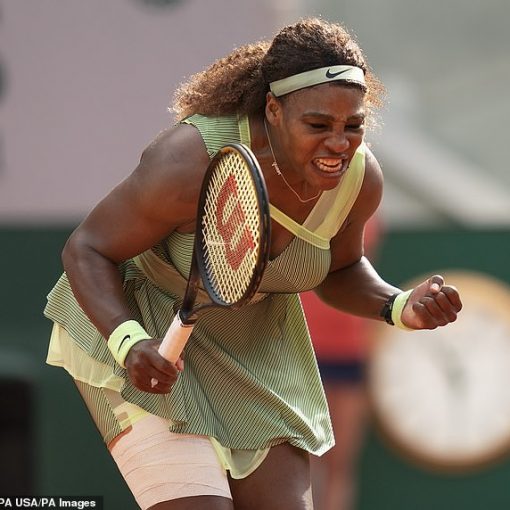 Cameron Norrie reached the third round of a third consecutive grand slam tournament with a gritty victory against Lloyd Harris. It continued […]