Hole in the ozone layer increased hugely in 2021 show charts

Rebecca Pow backed the Daily Express Green Britain Needs You crusade and said she felt “heartened” by readers’ attitude and their willingness to help protect our planet. The environment minister made her plea after visiting Horse Common, in the New Forest, Wiltshire.

She learned how generous readers have raised more than £45,000 to help the Royal Society for the Protection of Birds restore the land there.

Ms Pow said: “The Express’s Green Britain campaign has done tremendous work in highlighting some of the pressing environmental issues we face, as well as showing readers how their own actions can have a positive impact when it comes to protecting our sacred planet for generations to come.

“Yet, we all need to think about what more we can do.

“So for 2022, I am calling on everybody to think about what change they can make, however big or small it may be.

“Government, of course, has a vital role to play in protecting the environment, but we all need to work together if we are to truly make a difference.”

The Government has taken several steps this year to ensure the UK is at the forefront of global efforts to protect the environment.

An area in the New Forest will be restored to become nature rich again. (Image: Mike Hewitt/Getty Images)

Nations pledged to support vulnerable countries and scale down fossil fuel use at the COP26 UN Climate Change conference in Glasgow in November.

And the Environment Bill was made law as the Environment Act 2021, two years after its first reading in Parliament. It aims to focus on protecting and enhancing the environment through regulating improvements in air and water quality, tackling waste and increasing recycling.

Ecotricity founder Dale Vince has partnered with us throughout the Green Britain crusade.

He said: “The key messages are: climate change is a big deal, a threat like no other we have faced, way bigger than coronavirus.

“But we know what we need to do, we have all the tools we need – and quite crucially, the changes we need to make will make our lives better and our economy stronger.”

Alternatively, you can donate via www.rspb.org.uk/horsecommonappeal

In addition, you can also raise money just by using your mobile phone. If you switch your mobile SIM card to an Ecotalk + RSPB SIM, the RSPB will receive donations every month for as long as you remain a customer. All the profits are invested in nature – and have already helped the RSPB secure the Fairburn coal tips in Yorkshire. You can also keep your current number. To raise money with the Ecotalk + RSPB SIM, visit www.ecotalk.co.uk/express

We all need to work together to make a difference, says REBECCA POW

The year 2021 has been a momentous one for tackling climate change and protecting our precious planet – and the UK has been at the forefront of global efforts.

As the Environment Minister, I meet with community organisations, charities, businesses and the public and I have noticed a significant shift in the way we think about the future of our planet.

We are a more climate-conscious nation than ever before and this government is making tangible progress in facing up to the twin challenges of climate change and biodiversity loss.

In November, we led the world at COP26 with nearly 200 countries agreeing the Glasgow Climate Pact to “keep 1.5C alive”.

We won historic commitments from countries to act on coal, cars, cash and trees.

For the first time ever, the COP agreement set out how the world would scale down fossil fuel use, end international coal finance and support vulnerable countries with loss and damage.

We have seen a marked commitment to protect precious natural habitats. From the northern forests of Canada and Russia to the tropical rainforests of Brazil and Colombia, 90 per cent of the world’s forests are now covered by a pledge from 142 countries to end deforestation by 2030. I do believe the world is stepping up, but we must see these pledges become a reality.

For our part, we have made landmark commitments to protect 30 per cent of our land to boost biodiversity. We are trebling tree planting by the end of this Parliament and investing millions in protecting 35,000 hectares of peatland to lock up carbon for the future.

We are transforming the way we support farmers as stewards of our natural environment, allowing them to access funds to protect landscapes in the rich habitats of our national parks and areas of outstanding natural beauty. Our Environment Act is now law. Through the Act, we will clean up the country’s air, restore natural habitats, increase biodiversity, reduce waste and make better use of our resources.

Crucially, it will halt the decline in certain species by 2030, helping to reverse those of the hedgehog, red squirrel and water vole by restoring vital habitats.

We have already banned the sale of plastic straws, stirrers and cotton buds, increased the plastic bag charge to 10p and extended it to all retailers and launched a consultation on banning single-use plastic cutlery, plates and polystyrene cups. Before the plastic bag charge was introduced, the average household used around 140 carrier bags a year, and this has now been reduced to just four.

But where I have been heartened most this year is by the attitude of many of you – the public, and Daily Express readers in particular, and your willingness to help protect our precious planet. Last month, I visited the degraded Horse Common in the New Forest, and thanks to Express readers who have been raising money together with the Royal Society for the Protection of Birds, the area will be restored to become nature rich again.

Project…Horse Common in the New Forest is being restored. (Image: Adam Gerrard/Daily Express)

The Express’s Green Britain Needs You campaign has done tremendous work in highlighting some of the pressing environmental issues we face.

It has also shown readers how their own actions can have a positive impact when it comes to protecting our sacred planet for generations to come.

Yet we all need to think about what more we can do.

So, for 2022, I am calling on everybody to think about what changes they can make, however big or small.

Government has a vital role to play in protecting the environment, but we all need to work together if we are to make a difference.

Dale Vince is urging Britons to push for a greener Britain. (Image: PA)

The first year of our Green Britain campaign is coming to an end and we’ve had a big impact.

We’ve got the attention of government; got important information in front of our readers and influenced other newspapers. It’s been quite incredible.

And the Express’s John Ingham won the environment journalist of the year award – well deserved.

The key messages are like this: climate change is a big deal, a threat like no other we have faced and way bigger than coronavirus.

But we know what we need to do.

We have all the tools we need and quite crucially, the changes we need to make will make our lives better and our economy stronger.

It’s a change for the better. The two big things we need to do are stop using fossil fuels and stop industrial animal farming. They are the drivers of the big problems. Not just the climate crisis but a wildlife and a human health crisis too.

Fossil fuels and animal farming are killing us and the planet. (Image: Xurxo Lobato/Cover/Getty Images)

Fossil fuels and animal farming are killing us and the planet. Renewable energy and plant-based living are the answers.

Renewable energy is our new fossil fuel – abundant and cheap. Unlike fossils, it is clean and will never run out.

The next industrial revolution is being built on renewable energy. Plant-based diets are easier, cheaper and safer. We need 75 per cent less farmland if we eat plants instead of animals.

We can give that land back to nature and reverse wildlife extinction. We have the technology we need and it’s good economics to do this.

We just need a government that gets it, that doesn’t just talk a good game but plays a good game.

The UK doesn’t have that yet but we hosted the United Nation’s annual Climate Conference (COP26) this year in Glasgow. For many people this will have been their first experience of a COP, but these have been running for nearly 30 years.

In that time, scientists have been tracking the actuality of climate change and refining their models and forecasts.

Politicians have been discussing what to do and incrementally setting ever more ambitious targets, as the reality of the crisis has become ever more clear.

Living this kind of life is not about giving stuff up. This is a crucial message. Whether we’re talking burgers, cars, football or even diamonds, we don’t need to give up the things we love in order to live sustainably. We just need to do things differently.

I’ve been demonstrating this through businesses like Ecotricity and most recently Skydiamond as well as in sport, through Forest Green Rovers.

Fighting the climate crisis is not an altruistic crusade and it’s not about living a life of denial.

It’s simply time to move to the next industrial revolution and the next phase of human development.

Artificial intelligence can predict a person’s chances of dying within a year by looking at heart test results, but doctors can’t work […] 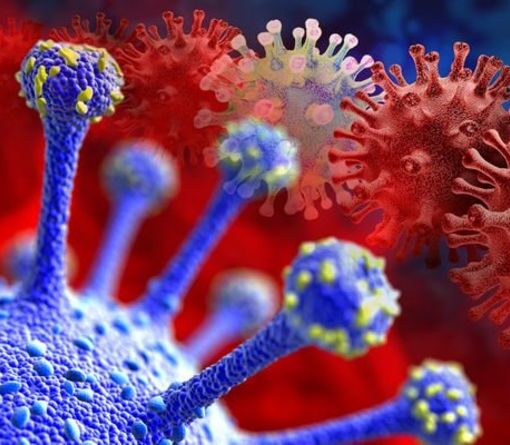 The coast of Westerly, Rhode Island, is lined with cheerful beaches and fresh, blue-green waves. In recent years, the biggest news to […] 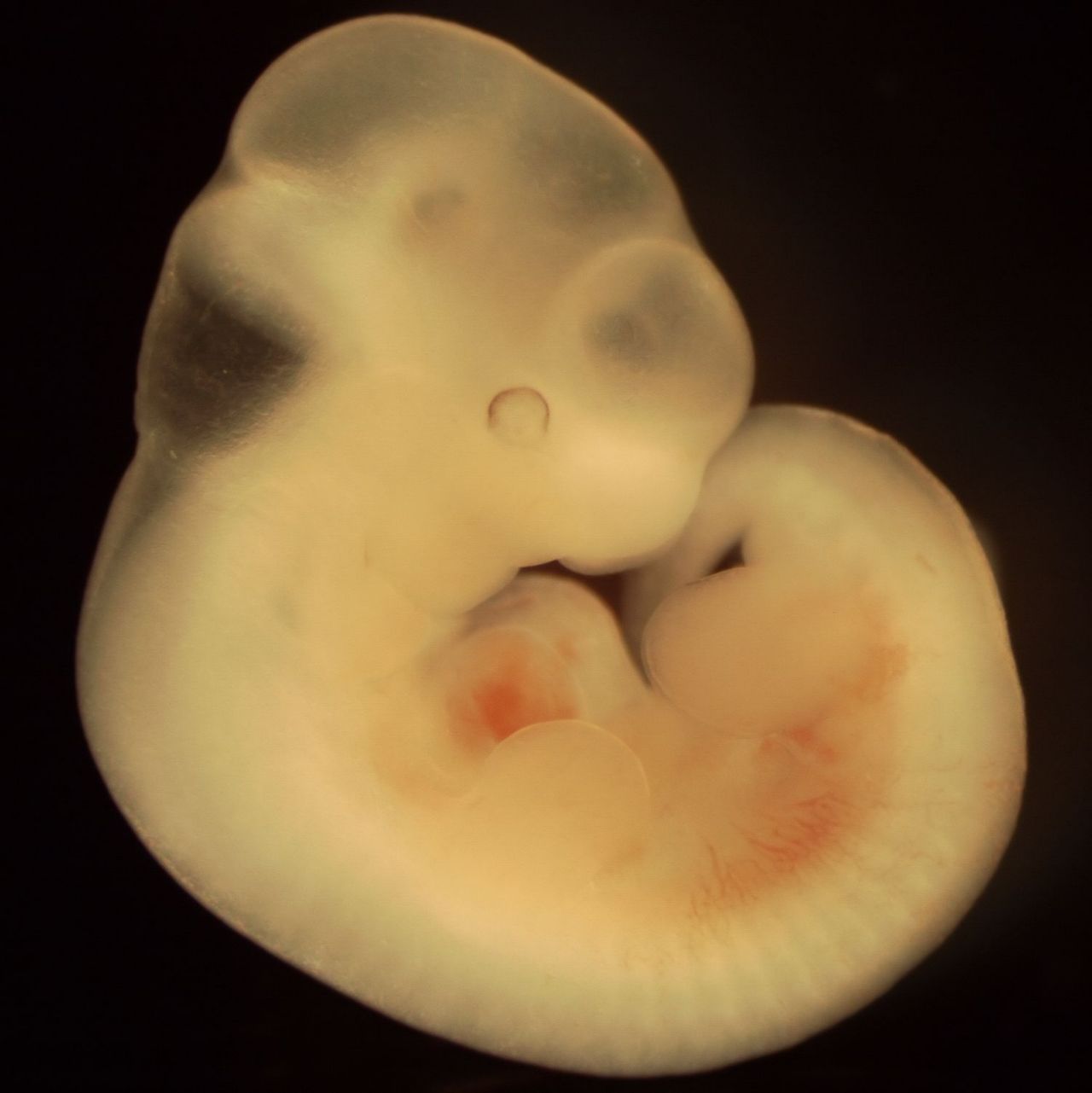 Some unusual embryos may soon be growing in Japan: those of human-mouse and human-rat hybrids, news sources are reporting. A research group […]