In the historical imagination, astronomers look through telescopes, and photonic wisdom pours in at the speed of light. Taking what they can get, they passively receive information about far-off stars and planets. These objects are fixed, and their conditions cannot be tweaked.

But that’s not how all astronomy works. Planetary and exoplanetary scientists, for instance, don’t just wait for data to come to them: They also construct miniature versions of other places using convenient geological landscapes, gravel crushers and simulation chambers on Earth. In these simulacra, they see, feel and control worlds — or at least metaphors for them — in an attempt to decipher parts of the universe they’ll likely never visit.

In making the untouchable physical and the abstract concrete, they are creating not just similes but ways to conceive of these planets as actual places.

“Throughout science, we reason by comparison all the time,” said Pascal Lee of the Mars and SETI institutes. “And so there’s something very fundamental to the approach of using analogues.”

Their methods are in keeping with scientific traditions that value both laboratory-based research and direct contact with nature.

“It actually makes a lot of sense why planetary scientists, whose phenomena are removed in time and space, would think that simulation and replication would be how they could still study that which is remote,” said Lisa Messeri, an anthropologist at Yale University and the author of the book “Placing Outer Space,” “because that’s what science has been doing for hundreds of years.”

The most direct arrow between this world and those beyond is the “terrestrial analogue,” a physical location on Earth that resembles some aspect of another world — usually the moon or Mars. That relevance can take the form of geological formations, like lava tubes or sand dunes, or it can be a whole region with lunar or Martian flair, like the Atacama Desert in Chile or volcanoes in Hawaii.

Dr. Lee runs the Haughton-Mars Project, an analog research facility on Devon Island, an uninhabited, barren Arctic outpost in Nunavut, Canada. “There’s an incredibly wide array of features that are similar to what we see on the moon and on Mars,” he said.

The island is permacold and dry, with valleys and canyons, and boasts a 14-mile-wide crater left from a cosmic impact. That’s about the same size as Shackleton Crater at the lunar South Pole, where NASA plans to send astronauts this decade.

During dozens of field campaigns, the Haughton research station has provided a permanent place where scientists can pretend to be on the moon or Mars, study similar geology, test equipment for future missions and train humans to take part.

“It’s a bit of a turnkey operation,” Dr. Lee said, although he notes that it’s not like an Airbnb anyone could show up and use. A core habitat facility spokes into a series of tents for geology, astrobiology, medicine and administrative and repair work. A greenhouse stands alone, while ATVs and Humvees support travel and simulate rovers.

Dr. Lee spent 23 straight summers at the facility, eating canned sardines in the cold on day trips away from the main camp. But in 2020 and 2021, the pandemic forced him to skip his annual journeys to that other world on Earth. He missed the simplicity, and isolation.

“When you are there, you are the population of Devon Island,” Dr. Lee said, just like a lonely astronaut.

There are times, though, when scientists don’t need to go to an analogue: They can bring it home in the form of simulants, or material that resembles the surface of the moon or Mars.

Mars, for instance, is covered in sand and dust that together are called regolith. It makes travel difficult and can also block solar panels, clog filters and seize up moving parts. To determine how robotic rovers, power sources and other hardware will withstand those red-planet rigors, scientists have to test them against something similar before they make the journey.

That’s why, in 1997, NASA developed a dusty substance called JSC-Mars 1, based on data from the Viking and Pathfinder missions. It’s made from material found on the Pu’u Nene cinder cone volcano in Hawaii. There, lava once oozed into water, eventually forming regolith-esque particles.

NASA scientists later improved on this material, while preparing the Mars Phoenix lander, and concocted Mars Mojave Simulant. It is sourced from the lava deposits of the Saddleback volcanic formation in the Mojave Desert in California.

Still, the test process isn’t foolproof: Phoenix collected icy soil samples on Mars in 2008 that were too “sticky,” in NASA’s words, to move from the scoop to an analysis instrument. A year later, the Spirit rover got stuck in sand, forever. Its sibling robot, Opportunity, was lost when a dust storm coated its solar panels, a fate that has also hindered the more recent InSight mission.

Today, private companies use NASA’s data and recipes for private simulant supplies. This “add to cart” version goes into science-fair projects, alien cement and otherworldly gardening soil. Mark Cusimano, the founder of one such company, The Martian Garden, says cultivating a red planet victory garden using Saddleback’s soil is his hobby. It’s satisfying, he says, to grow “a weird little radish or carrot in it.”

Wieger Wamelink, an ecologist at Wageningen University in the Netherlands, has taken such work further with the “Food For Mars and Moon” project, growing crops like peas and potatoes. He’s currently at work on a full agricultural system, including bacteria, earthworms and human excrement. The idea, Dr. Wamelink said, is “to boldly grow where no plant has grown before.” Today, Mars on Earth. Tomorrow, perhaps Mars itself.

Mimicking more exotic solar-system spots takes some doing, so scientists often turn to simulation chambers — essentially test tubes in which they recreate the conditions of other worlds. The idea goes back to the 1950s, when a military scientist brought to the United States from Nazi Germany pioneered the use of low-pressure chambers sometimes called “Mars Jars” to learn about whether biology might persist in Martian conditions.

Today, researchers like Tom Runčevski of Southern Methodist University in Dallas are looking at a different place: Titan, a moon of Saturn, the only world in the solar system other than Earth that currently has standing bodies of liquid on its surface.

“I always personally go talking about how hostile and terrifying Titan is,” Dr. Runčevski said. Lakes and seas swim with ethane. It snows benzene, and rains methane. But if you look up through the haze, you’ll see the rings of Saturn.

Although a European space probe, Huygens, parachuted to its surface in 2005, Titan’s magnificent hostility is, in its totality, hard to understand from a hospitable planet like this one. “Titan is a world,” says Dr. Runčevski. “It’s very difficult to study a world from Earth.”

But he’s trying, having created in his lab what he calls “Titan in a Jar.”

You won’t see Saturn’s rings from the bottom of Dr. Runčevski’s jars. But you will learn about the organic compounds and crystals occupying its most famous moon. Inside the jars — test tubes, truthfully — Dr. Runčevski will put a drop or two of water, and then freeze it to mimic a tiny version of Titan’s core. He’ll add to that a couple drops of ethane, which will condense straightaway, making mini moon-lakes. After that, he’ll add in other organic compounds of interest, like acetonitrile or benzene. Then, he’ll suck the air out and set the temperature to Titan’s, around minus 292 degrees Fahrenheit.

NASA is planning a return to Titan, launching a nuclear-powered quadcopter called Dragonfly in 2027. By watching the crystals and structures that form in his jars, Dr. Runčevski hopes to help scientists interpret what they see when the robotic explorer arrives in 2034. “We cannot send a full laboratory,” he said, so they have to rely in part on the laboratories of Earth.

In a lab at Johns Hopkins University, Sarah Hörst does work similar to NASA’s and Dr. Runčevski’s, including simulating Titan. But her test tubes also stretch to simulate hypothetical exoplanets, or worlds that orbit distant stars.

Dr. Hörst initially steered away from exoplanets, because specifics are scant. “I’m spoiled from the solar system,” she recalls thinking. But a colleague convinced her to start mimicking hypothetical worlds. “We put together this matrix of possible planets,” she said. Their fictional atmospheres are dominated by hydrogen, carbon dioxide or water, and they range in temperature from around minus 300 degrees Fahrenheit to 980 degrees Fahrenheit.

Her test tubes start with the major constituents that might make up an atmosphere, set to a given temperature. She flows that mixture into a chamber the size of a soda bottle, and exposes it to energy — UV light or electrons from a plasma — which breaks up the initial molecules. “They run around in the chamber making new molecules, and some of those new molecules also get broken up,” Dr. Hörst said. That cycle repeats until the energy source is cut off. Sometimes, that process produces solid particles: an otherworldly haze.

Figuring out which potential exoplanets produce smog can help scientists point telescopes at orbs they can actually observe. Plus, haze affects a planet’s surface temperature, making the difference between liquid water and ice or evaporation, and it can shield the surface from high-energy photons — both of which affect a planet’s habitability. Atmospheres can also supply the building blocks of life and energy — or fail to.

Despite her initial hesitations, Dr. Hörst has grown attached to her lab-grown planets. They feel familiar, even if fictional. She can usually tell when she walks into the office what kind of experiment is running, because different plasmas glow different colors. “‘Oh, we must be doing Titan today, because it’s kind of purple,’ or, ‘We’re doing this specific exoplanet, which is kind of blue,’” she said.

Compared with the landscapes of Devon Island, fistfuls of regolith simulant or even a test-tube moon, Dr. Hörst’s lab planets lack physicality. They don’t represent a specific world; they don’t take its shape; they are only ethereal atmosphere, with no ground to stand on. But that makes sense: The farther an astronomer wants to peer from Earth, the fuzzier their creations become. “I think the fact that the exoplanet simulations are more abstract is this stark reminder that these aren’t places you can go,” Dr. Messeri said.

Still, Dr. Hörst recalls days when her lab simulates searing planets: Then, the chamber heats its whole corner of the room. That little world, which doesn’t exactly exist anywhere else, warms this one. 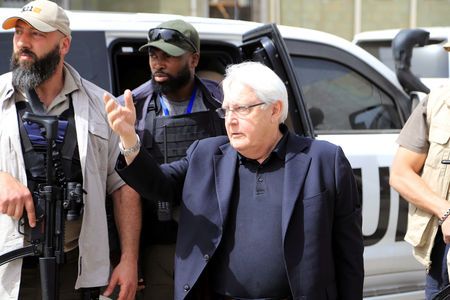 DUBAI (Reuters) – The U.N. special envoy to Yemen on Monday said the urgency of accessing grain stores trapped in a frontline […] 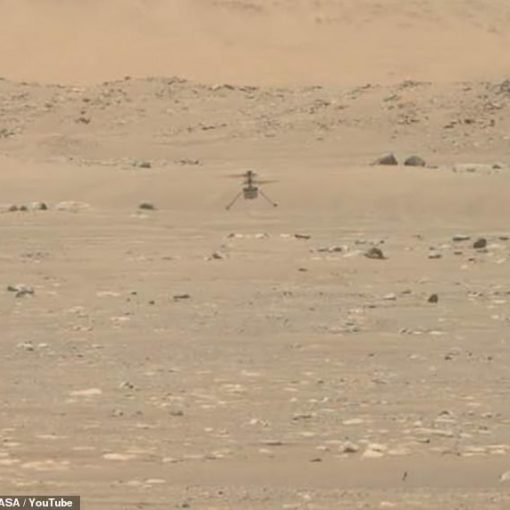 NASA’s Ingenuity was set for its farthest and fastest flight yet, but the helicopter did not liftoff from the surface of Mars […] 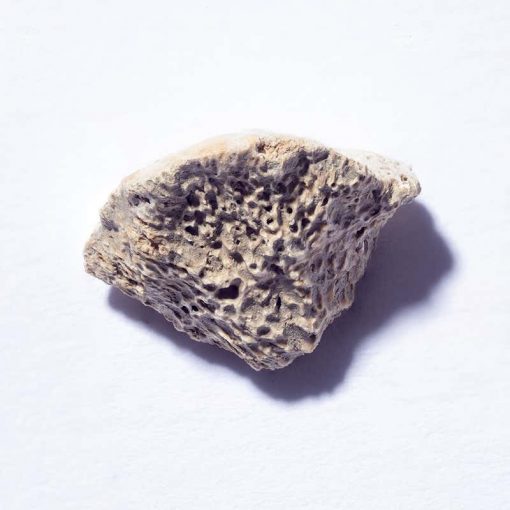 By Karina Shah A bone fragment, found in south-east Alaska, belonging to a dog that lived more than 10,000 years ago Douglas […] 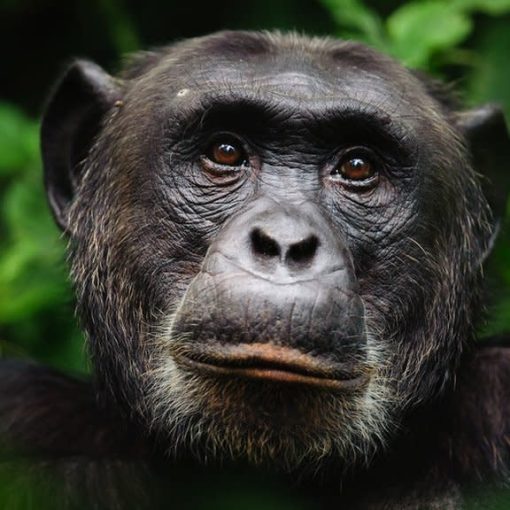 Wild chimpanzees have their own “signature drumming style” according to scientists. Researchers who followed and studied chimps in the Ugandan rainforest found […]