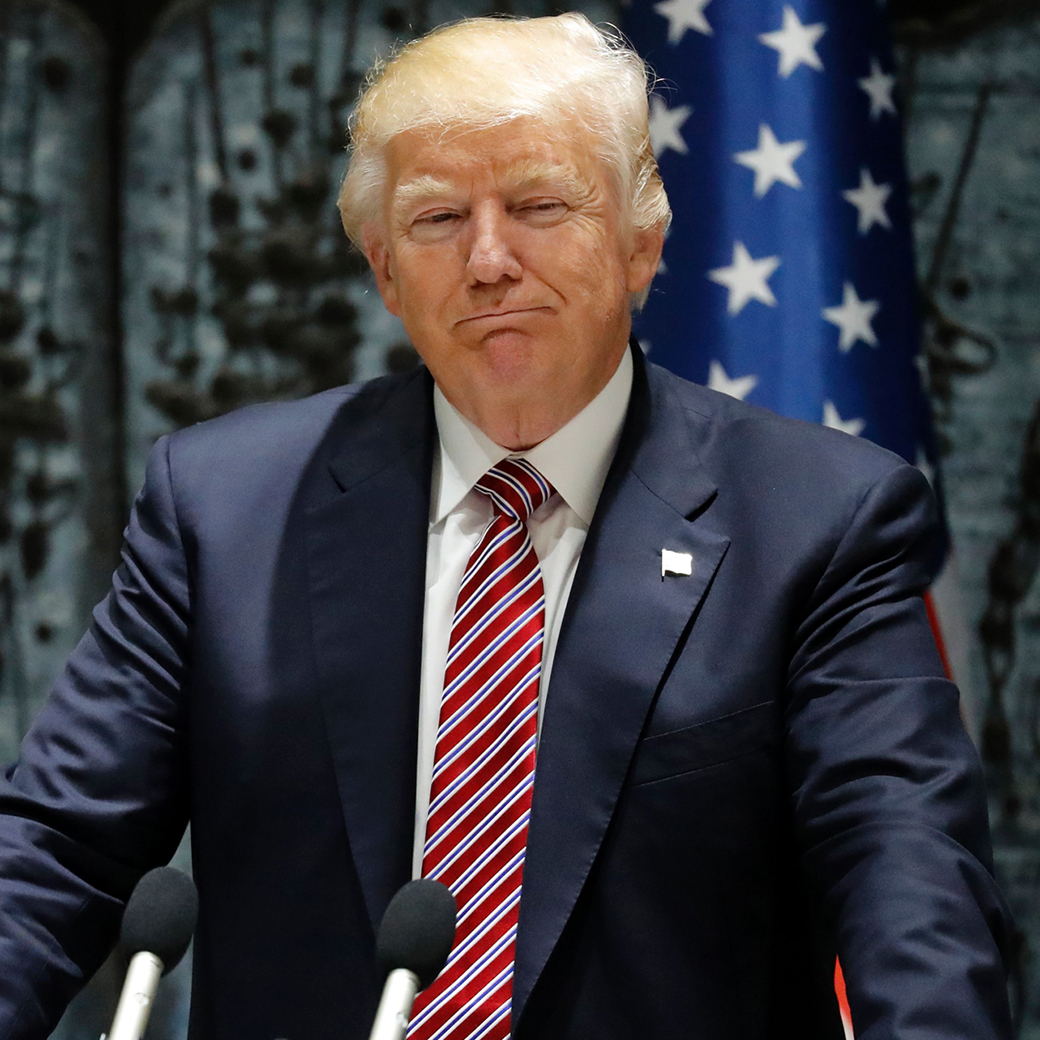 “People in this country that are Jewish no longer love Israel,” former President Donald Trump said in a podcast interview last week, before going on to sneer that Jewish people “run The New York Times.”

It’s not the first time Trump has made comments like this. He has mocked his own son-in-law, Jared Kushner, who is Jewish, for supposedly being “more loyal to Israel than the United States.” He’s told American Jews that former Israeli leader Benjamin Netanyahu is “your prime minister.” He’s also said Jewish Americans who vote for Democrats are showing “great disloyalty” to Israel and Israel’s best friend: himself.

As many Jewish organizations and leaders have pointed out, Trump’s comments reflect and leverage antisemitic stereotypes.

As many Jewish organizations and leaders have pointed out, Trump’s comments reflect and leverage antisemitic stereotypes. They also, though, show how central conspiracy theories, bigotry and ethnonationalism are to his worldview. Jewish people have not been the main target of Trump’s ire or bigotry. But his remarks about Jewish people illuminate the fascist core infecting the current Republican Party.

Trump’s comments consistently tap into antisemitic ideas that Jewish people are not really Americans and that Jews in the diaspora supposedly have a dual loyalty — second to the United States, but first to Israel and the Jewish people. For Trump, America is a land of and for white Christians; Jews are outsiders belonging of and to their own ethnonationalist state of Israel.

Jews, for Trump, are essentially in the United States on sufferance. And since Trump sees himself as the chief friend of Israel, Jews are supposed to be loyal to him. If Jews resist ethnonationalism or question Trump or vote for Democrats, then they are traitors to Israel, to the United States and to themselves.

When Trump characterizes Jews as disloyal backstabbers corrupting ethnonationalist purity, he’s repeating some of Hitler’s favorite slanders. Following World War I, many antisemitic Germans, including Hitler, blamed the country’s loss on the perfidy and betrayal of Jews and communists (whom Hitler often lumped together). Hitler promised that a rejuvenated Germany would purge these treacherous outsiders and thereby fulfill its true destiny of nationalist strength and purity.

Trump’s antisemitism is obviously more casual and less central than Hitler’s. The former president pushed laws targeting many marginalized groups: He attempted to ban Muslim immigrants and did ban trans people from serving in the military, to cite just two egregious examples. There has so far been no comparable legislative assault on Jewish people.

But the themes of fascist antisemitism — purity, ethnonationalism, conspiracy theories, paranoia — are widespread in Trumpism. You can see them in Trump’s rabid anti-immigrant rhetoric, as in 2018 when he suggested repeatedly that America should blame Democrats for a caravan of Central American migrants who he claimed would bankrupt the United States.

Similarly, Trump shamelessly and without evidence claimed Jewish billionaire and Democratic donor George Soros might be funding the caravan. Soros has become a central focus of global antisemitism. In 2018, the right pushed lies that Soros was funding immigration to replace and overwhelm white voters. These conspiracy theories reportedly motivated the man accused of killing 11 people at Tree of Life synagogue in Pittsburgh.

The arguments Trump used in his efforts to overturn the 2020 election results also echoed antisemitic stabbed-in-the-back narratives. Just as Hitler claimed that Germany’s World War I loss was caused by internal corruption, so Trump has insisted that his loss was the result of treachery and cheating. “This election is about great voter fraud, fraud that has never been seen like this before,” Trump declaimed, without evidence, although he has not blamed Jewish fraud specifically.

For Trump, anyone who voted for Joe Biden isn’t a real American; their votes are illegitimate. This is the rationale behind Republican efforts to disenfranchise Black voters. America for the GOP is still a majority-white-identity country.

For Trump, anyone who voted for Joe Biden isn’t a real American; their votes are illegitimate.

It’s clear that Trump did everything he could to overturn the 2020 election, up to and including encouraging a violent insurrection. He separates Jewish people into those who are loyal and those who are not and insinuates that those who do not support him are neither real Jews nor real Americans.

That’s a blueprint for how Trump treats everyone. If you oppose him, you aren’t American, and you don’t deserve a voice or a vote.

Hitler framed Jews as the ultimate internal enemy. He claimed that Jews manipulated and were responsible for all internal and external opposition to the pure ethnonationalist leader. This allowed him to conflate opposition with disloyalty, corruption and alien racial otherness.

Trump generally substitutes other groups for Jews in his conspiracy theories — Democrats, Black people, Muslims, immigrants. The structure of his argument is the same, though. And sometimes, he nods his orange head to his predecessors and takes a swipe at Jewish people, as well.

DUBAI, Aug 11 (Reuters) – A senior Houthi official in Yemen and brother of the movement’s leader was killed because of infighting, […] 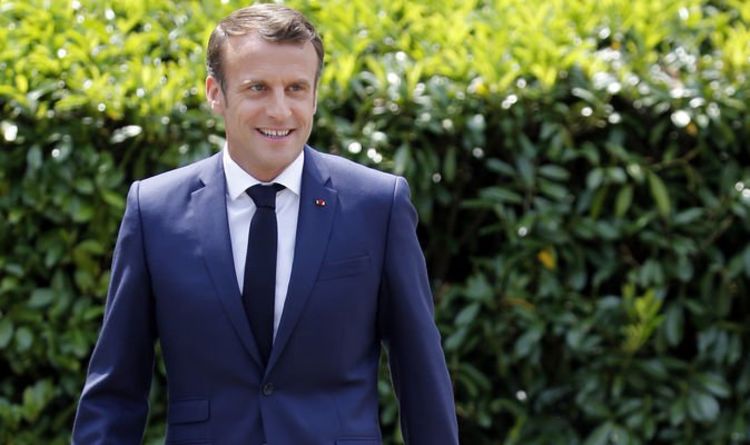 The Harris Interactive survey, conducted on May 28-30 for LCI television, said Mr Macron’s trust rating stood at 40 percent – a […] 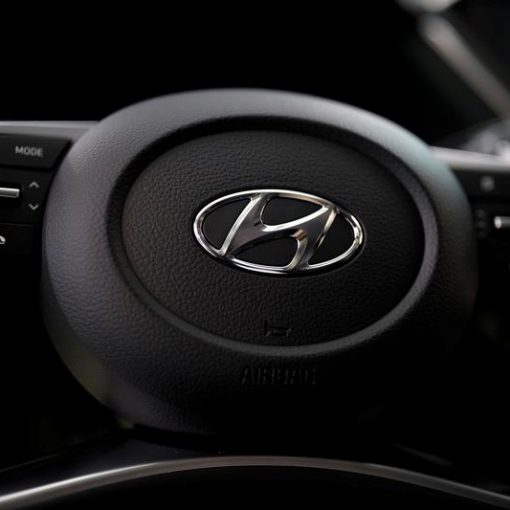 FILE PHOTO: The logo of Hyundai Motors is seen on a steering wheel on display at the company’s headquarters in Seoul, South […]

The setting alone was shocking: a pastoral, oceanside city in New Zealand, the country ranked the planet’s second-most peaceful, after Iceland. When […]