The omicron variant now accounts for over 73% of new coronavirus cases in the US, according to estimates posted Monday by the US Centers for Disease Control and Prevention.

For the week ending December 18, Omicron accounted for 73.2% of cases, with Delta making up an additional 26.6%.

The week prior, ending December 11, Omicron was estimated at 12.6% of circulating virus, versus Delta’s 87%. Previously, the CDC estimated omicron accounted for about 3% that week.

With the Delta and Omicron coronavirus variants spreading across the nation as the new year approaches, health experts are urging Americans to get vaccinated or boosted to protect themselves and others before they face greater chances of infection.
Airport travel before Christmas is up by nearly double from a year ago, according to Transportation Security Administration data, with more than 2 million people screened each day from December 16-18. And the indoor gatherings among friends and family could ultimately infect more who are at higher risk for Covid-19 complications.

As the virus spreads, more cities are adding restrictions, including New York and Washington, DC.

Mayor Muriel Bowser announced an indoor mask mandate for the District will be reinstated starting at 6 a.m. Tuesday, December 21 through January 31.

The announcement comes as DC has been experiencing its highest daily coronavirus case count since the start of the pandemic.

Bowser also said she plans to reinstate the District’s state of emergency and announced a six-part action plan to limit the spread of the coronavirus.

New York City Mayor Bill de Blasio said Monday the city is testing “more people than ever” for Covid-19 and city officials are working with federal officials and the private sector to get more testing supplies. Officials are also working to get more in-home test kits to offer to people as an alternative testing option.

Currently, the outdoor event is still scheduled to go on and all guests must be fully-vaccinated to attend.

However, de Blasio said city officials are reviewing plans for the event in light of Omicron and said if plans need to be modified in any way, the announcement will come sometime this week before Christmas.

Dr. Francis Collins, the outgoing director of the National Institutes of Health, told CNN’s Anderson Cooper on Friday that the Omicron variant could result in as many as a million new cases a day.

Collins suggested the impact of that level of spread on an already stressed health care system remains uncertain.

“The big question is, are those million cases going to be sick enough to need health care and especially hospitalization?” Collins said on CBS’ “Face the Nation” on Sunday, his last day as NIH director.

Covid-19 hospitalizations trended upward over the past month as medical facilities in some parts of the country have been inundated with patients infected with the Delta variant. Now, the presence of Omicron — which scientists believe to be more contagious though most cases so far appear to be mild — may push some strained health care systems to the brink.
“It is quite likely that we are going to see in some sections of the country, a significant stress on the hospital system as well as on the health care workers who are getting exhausted by all of this,” Dr. Anthony Fauci told ABC’s “This Week” on Sunday, noting that a more transmissible form of Covid-19, such as Omicron, will have a greater impact on the tens of millions of Americans who have not been vaccinated.
Fauci, the director of the National Institute of Allergy and Infectious Diseases, has said traveling and gathering for Christmas and New Year’s can be done safely among those who are inoculated, and getting booster shots into the arms of vaccinated Americans remains paramount to increase antibody response.

“If we’re going to deal with Omicron successfully, vaccinated people need to get boosted,” Fauci told NBC on Sunday.

President Joe Biden is set to meet with his Covid-19 response team Monday. He will address the nation Tuesday regarding the latest developments with Omicron and to issue another “stark warning of what the winter will look like for Americans who choose to remain unvaccinated,” the White House said.

Omicron will lead to a spike in cases in the upcoming weeks, but those who are vaccinated and unvaccinated will have a “stark difference” in experience, US Surgeon General Dr. Vivek Murthy told anchor Tony Dokoupil on “CBS Mornings” Monday.

“In the coming weeks, Tony, we are going to see a spike in cases. And that’s because Omicron is incredibly transmissible, and you know, we have to be prepared for that,” Murthy said. “But there will be a stark difference between the experience of those who are vaccinated and boosted versus those who are unvaccinated.”

People who have maximum protection from vaccines and boosters either won’t get an infection, or if they do, it will most likely be mild, said Murthy.

Omicron has been identified in at least 47 US states as of Monday, according to public statements from hospital systems and state officials in their respective states, as well as Puerto Rico and Washington, DC. And with Delta still present, cases in some areas are rising.

New York — which was among the hardest-hit states at the beginning of the pandemic — set a new record for single-day Covid-19 cases for a fourth consecutive day Monday, according to Gov. Kathy Hochul.

There’s generally about a three-week lag behind Covid-19 case trends and hospitalizations, according to a CNN Health analysis, but officials are hopeful the state will be in a more favorable position than last year.

“This is not March of 2020, we are not defenseless,” Hochul said. “We have the tools to protect ourselves and the vulnerable loves ones in our families: Get vaccinated, get the booster and wear a mask when indoors or in large gatherings. Don’t take a chance during the winter surge.”

New Jersey just hit its highest daily positive case count in nearly a year with 6,533 positive PCR tests, according to Gov. Phil Murphy and Health Commissioner Judy Persichilli; the statewide percent-positivity rate is 12.11%. Still, the governor said hospitalizations are not growing at the same rate as cases. The state reported Monday that there were 1,902 people currently hospitalized with Covid-19, far fewer than peak in April 2020 when there were 8,270 reported Covid hospitalizations.

New Hampshire Gov. Chris Sununu told CNN’s “State of the Union” Sunday that the state has been preparing for a winter surge and hopes to combat Covid-19 spread with measures including state-issued at-home testing and flexing beds within hospitals. Bringing in health care workers from other states has been key as well, Sununu said.

Maryland Gov. Larry Hogan predicted that the state will see “probably the worst surge we’ve seen in our hospitals throughout the entire crisis” over the next three to five weeks, telling “Fox News Sunday” that officials are “trying to do everything we can to get the last 9.2% of our population vaccinated.”

Schools and sports are making changes

The tenor of the conversation around Covid-19 may shift depending on whether hospitalizations spike or plateau in the coming weeks. Yet some universities and sports leagues are already working to curtail possible spread.

Citing the “uncertainty” around the Omicron variant, Stanford University announced it is shifting to online instruction for the first two weeks of the upcoming winter quarter, slated to begin January 3.

Harvard University is also moving to remote learning for the first three weeks of January classes, stating in an open letter that the move was “prompted by the rapid rise in Covid-19 cases locally and across the country, as well as the growing presence of the highly transmissible Omicron variant.”

The growing number of Covid-19 cases have forced postponements in several major sports leagues. Seven NHL teams have been temporarily shut down as of Sunday, and the league and its players’ union announced that games through Christmas that required cross-border travel between the US and Canada will be postponed.

Five NBA games have been postponed as several teams in the league have numerous players under Covid-19 health and safety protocols. More than a dozen games in NCAA men’s basketball have been canceled or postponed.

And the NFL delayed three of its Sunday games and updated its Covid-19 testing procedures, which will no longer call for testing of asymptomatic, fully vaccinated players, coaches and other staff with close contact to players. All individuals will be screened for Covid-19 symptoms prior to entering team facilities, according to a copy of the protocols obtained by CNN.

Biotechnology company Moderna announced Monday that preliminary data suggests its half-dose booster shot increased antibody levels against Omicron compared with the levels seen when a fully vaccinated person does not receive a booster — but a larger-sized dose of the booster increases antibody levels even more.

It remains unclear what these increases mean as far as how well the booster doses clinically work against Omicron.

“The dramatic increase in COVID-19 cases from the Omicron variant is concerning to all. However, these data showing that the currently authorized Moderna COVID-19 booster can boost neutralizing antibody levels 37-fold higher than pre-boost levels are reassuring,” Moderna CEO Stéphane Bancel said in the company’s announcement. 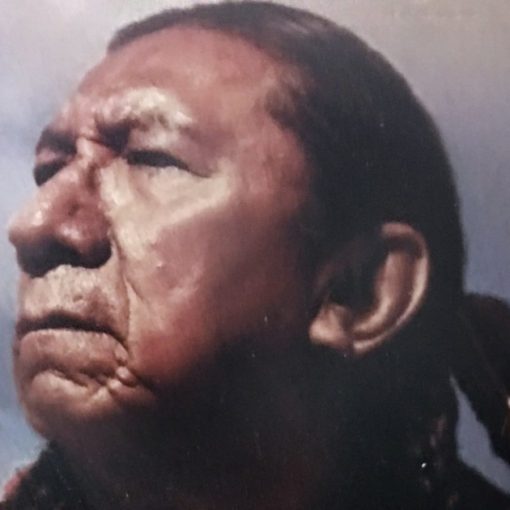 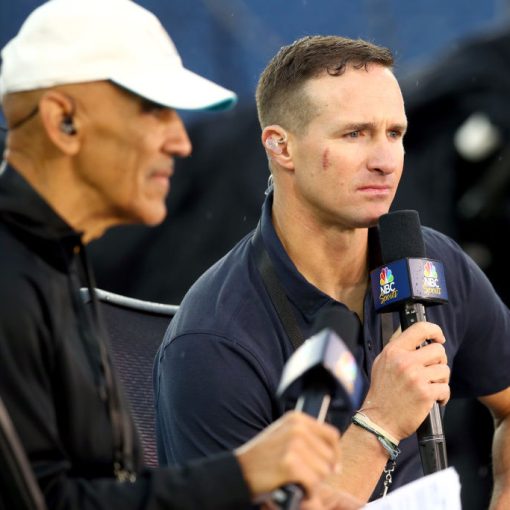 Drew Brees will not announce football games this year, but he left the door open for the future. In a new interview […] 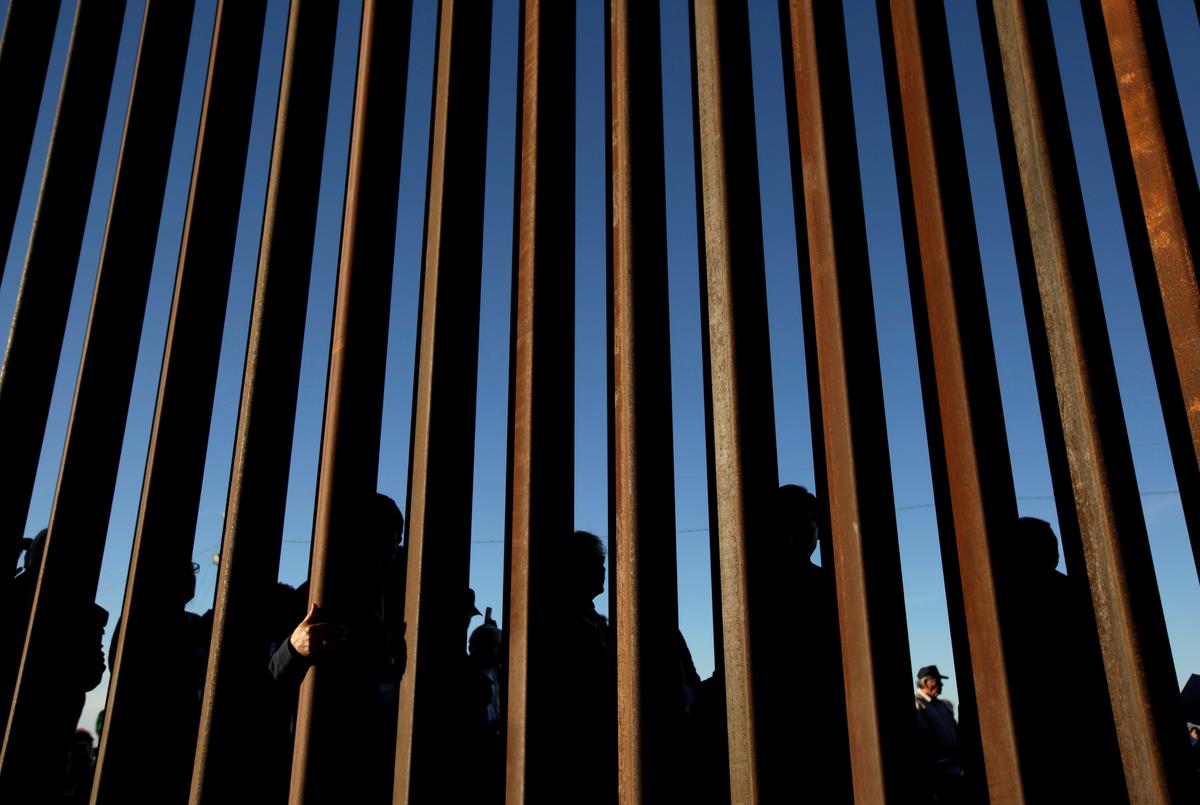 (Reuters) – In a blow to the Trump administration’s U.S.-Mexico border strategy, a federal court judge in California has expanded the number […]