Rescuers worked into the night searching for survivors after what could be the longest tornado in US history left a trail of destruction from Arkansas to Kentucky, part of a vast stormfront that is believed to have killed up to 100 people.

Kentucky governor Andy Beshear said the path of devastation was about 227 miles (365km) long, which, if confirmed, would surpass the 218-mile Tri-State tornado in 1925, which killed at least 695 people and destroyed 15,000 homes across Missouri, Illinois and Indiana.

Friday night’s storm was all the more unusual because it came in December, when colder weather normally limits tornadoes, said Victor Gensini, an extreme weather researcher at Northern Illinois University.

On Saturday, at least five central and southern US states reported deaths after what president Joe Biden said was “likely to be one of the largest tornado outbreaks in our history”, with an estimated 22 tornadoes touching down.

Hardest hit was Kentucky, where Beshear said a death toll of more than 70 “may, in fact exceed 100 before the day is done”.

“The level of devastation is unlike anything that I have ever seen,” he said.

Many of the deaths came in a candle factory in the city of Mayfield, where about 110 employees were working the night shift when a tornado roared through, destroying the building. Jeremy Creason, emergency services chief for the city of 10,000, described how rescuers had to, at times, “crawl over casualties to get to live victims”.

Elsewhere, the death toll from multiple tornadoes included six people in Illinois, where an Amazon depot was hit; four in Tennessee; two in Arkansas, where a nursing home was destroyed; and two in Missouri.

Biden has approved a state of emergency declaration in Kentucky, adding federal resources to boost the state’s activation of more than 180 national guard members as well as state police. The state also is using armouries as places of refuge for those in need of shelter.

In Mayfield, which is now under curfew, Sarah Burgess, a trooper with the Kentucky state police, said of the candle factory that “the entire building is essentially leveled”.

The city’s mayor, Kathy Stewart O’Nan, said: “It looks as if a bomb has dropped on it. We hope there are still rescues to be made. We fear that it is now just recovery.”

Burgess said it could take a day and potentially longer to remove all the rubble. Creason added the rescue efforts had been complicated by tornado damage to the main fire station and emergency services hub.

He also released details of a relief fund to help those affected.

‘I did not think I was going to make it’

Kyanna Parsons-Perez, an employee at the factory, said she felt the building was making them “rock from one side to the other” right before it collapsed on her and her co-workers. She was freed after being trapped for at least two hours under 5ft (1.5 metres) of rubble.

She told NBC news it was “absolutely the most terrifying” event she had ever experienced. “I did not think I was going to make it at all.”

In Illinois, six people were killed in the collapse of the Amazon warehouse in Edwardsville, with another injured worker airlifted to a hospital, fire chief James Whiteford said.

Investigators searched the rubble throughout the day for additional victims. Whiteford said 45 people had survived, but authorities were uncertain Saturday evening whether anyone was still unaccounted for, as workers were in the midst of a shift change when the centre was struck by the tornado about 8.30pm Friday.

Jeff Bezos said on Saturday night that he was “heartbroken” by the news and offered support to those affected.

The Retail, Wholesale and Department Store Union, which has been trying to organise workers at an Amazon facility in Alabama, criticised the company for keeping the Illinois site open during a weather emergency.

The European Council nominations for leadership of institutions in the European Union signal the bloc is “falling apart at the seams,” Brexit […]

CAIRO (AP) — Libya’s coast guard intercepted about 400 Europe-bound migrants off the country’s Mediterranean coast over the past two days, and […] 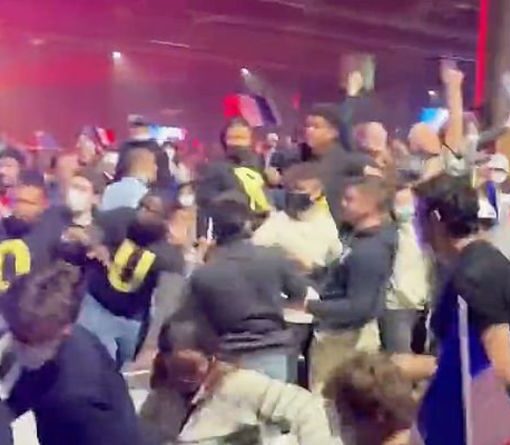 The France 2022 presidential candidate held his first official rally on the outskirts of Paris in the commune of Villepinte. An estimated […] 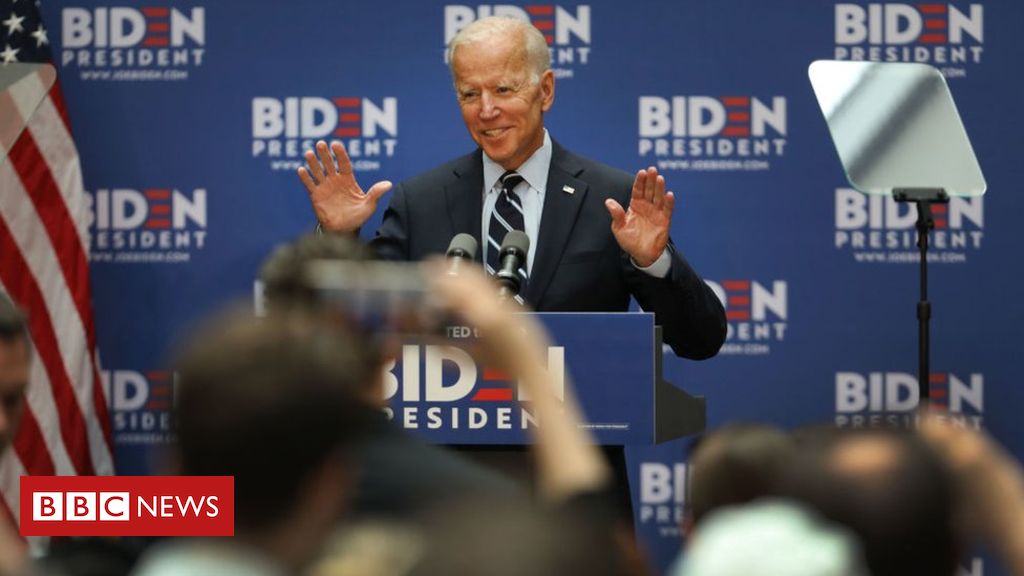 Image copyright Getty Images Image caption A year-and-a-half ahead of the 2020 presidential election, former Vice-President Joe Biden has the support of […]