Remember when No Time To Die was scheduled to be released at the end of 2019? Oh, what a simple time that was.

Two years later, the final Daniel Craig James Bond has finally hit cinemas. This year, we were (seemingly) spoiled for blockbusters, from Dune (2021) to The Suicide Squad, A Quiet Place Part 2, Eternals, F9, Venom 2, Godzilla vs. Kong and Shang-Chi and the Legend of the Ten Rings.

This list will partly appreciate some of those blockbusters. But it’s also (read: mainly) for CNET staffers to lovingly discuss their favorite movies of the year, many of which are probably not going to show up on other critics’ lists. I love — and am surprised that — Barb and Star Go to Vista Del Mar made this list, for example.

Here are our picks of best movies (released in the US) this year.

No Time To Die

Deadly secret agent James Bond is a man who risks his life a dozen times before breakfast, but the Bond movie formula has always been a little bit safe. That’s not quite true for No Time to Die, though. With the help of Cary Joji Fukunaga and Phoebe Waller-Bridge, Daniel Craig zooms into the sunset in his Aston Martin with a superspy swansong that throws a bomb under the Bond formula. The riskiest, weirdest, most character-driven James Bond film ever, No Time to Die has its share of problems but was definitely worth the wait.

Dune could so easily have been a disaster. It’s impenetrable, deeply weird sci-fi. The name is tainted by the whiff of failure from past versions. And its director vocally grumbled about Warner Bros releasing it simultaneously in theaters and on streaming service HBO Max. And yet Dune was a much-deserved hit, commanding the big screen in the best possible way with a world more richly imagined than most blockbusters could dream of, no matter how much Spice they inhaled. The abrupt ending still drives me nuts, but it’s telling that the twin theatrical/streaming release had one unexpected advantage: as soon as I’d seen this vast cosmic drama on the huge screen, I wanted to go home and watch it again.

I’m a sucker for movies based on true events. I’m also a big fan of tennis. Combine those two passions and it’s impossible not to be enamored by King Richard, a touching tribute to the father of tennis superstars Venus and Serena Williams who was central to launching their careers. At times heart wrenching and at others inspiring, the film is a tender portrayal of love, kinship and sacrifice, and a testament to the power of hard work and dreaming big. The acting is phenomenal, with Will Smith, who plays lead Richard Williams, offering one of his best performances. It’s one of those films that’ll leave you feeling motivated and hopeful — much-needed sentiments in today’s world.

I Care a Lot

Two words: Rosamund Pike. Yes, she’s doing what feels like a shade of Amy Dunne from Gone Girl. But her I Care a Lot con artist Marla Grayson is just as memorable, unashamedly stealing money from old people. I Care a Lot is inspired by real news stories of professional guardians in the US and a legal loophole they exploited. It moves at a slick pace, features characters in aviator sunglasses and a doomed anti-heroine who becomes wrapped up with larger-than-life crime lords. All movies should be this entertaining.

The Mitchells vs. the Machines

Producers Phil Lord and Christopher Miller have one of the best strike-rates in the game, particularly when it comes to animated features. The Mitchells vs. the Machines doesn’t hit the dizzy heights of, say, Into The Spiderverse but it’s almost certainly my favourite animated movie of 2021. In a year that’s already brought us Raya and the Last Dragon and Luca, that’s no mean feat.

The directorial debut of Mike Rianda, The Mitchells vs. the Machines brings an indie aesthetic to what is essentially a kids movie. It’s a little patronizing and borders on cliche, but carries a charm and wit that barrels through your concerns with the energy and subtlety of a good old Rick Mitchell Special. It’s a rewatchable through and through, with a number of memorable set pieces and a million and one quotable lines. Get on it.

Barb and Star is the perfect movie for 2021: no think, just pastel-colored tropical absurdity. It’s also a great escapist movie for when you’re, say, stuck in lockdown in Australia and can’t really see yourself being able to sip cocktails on the beach anytime soon. Bridesmaids dream team Kristen Wiig and Annie Mumolo both write and star in this glorious campy acid trip as middle-aged, Middle-American women who step out of their comfort zones and go on holiday and find their sparkle– and have a threesome with Jamie Dornan. Because of course! It’s ridiculous, it’s hilarious, and there’s plenty of whacky twists that make it truly memorable. I’m sorry, but that’s all I can say without ruining too much of it. You just have to let it happen to you and you’ll have a great time.

I went into the Fear Street trilogy with very low expectations– and they exceeded all of them. Fear Street is based on the R.L. Stine series of the same name and are catered towards older teens rather than Goosebumps, which are more for kids. They’re fun and campy slasher movies with a surprisingly good and heartbreaking story. Of course, there’s some classic R.L. Stine twists that keep you guessing until the very end of part three.

If you’re looking to get more into horror, or even introduce your older teens to the genre (and I mean 15/16 plus– there are some over the pants action and sex scenes which is just not fun to watch as a family) I really recommend these movies! There’s just enough fright and creep factor to leave you on the edge of your seat, but it’s still fun and silly enough to not have to hide behind a pillow the whole time.

I love a good musical as much as the next theater kid, but I think we can all admit that the past five or six years haven’t been the best for movie adaptations. In The Heights, however, is the one film adaptation I have recommended to people even outside the musical theater sphere — and it will wipe out the memory (so to speak) of the nightmare that was Cats.

In The Heights adapts Lin Manuel Miranda’s first production and features a talented (though admittedly not as representative as it absolutely should be) cast as they experience life in Washington Heights bodega. There’s love, loss, drama, intrigue, piragua and a whole lot of stunning choreography. If you enjoyed Hamilton and you’re the type of person who finds themself bopping along to tunes, you’ll probably get a kick out of In The Heights — and yes, there’s a Lin Manuel Miranda cameo.

This movie about the child of deaf adults has an amazing soundtrack — and it uses that music to show us about the otherness that people who are different feel as they navigate a society that doesn’t really know how to include them. Yes, I pulled out the tissues for this feel-good movie that’s also about a family coming together in a new way.

But what so impressed me and makes this a movie I’d recommend is how writer and director Sian Heder used sound — and the lack of sound — to showcase the beauty and emotional power of music to connect with people. I’ve heard Joni Mitchell’s Both Sides, Now and You’re All I Need to Get By by Marvin Gaye & Tammi Terrell many, many times — but I promise you, listening to how CODA serves up these songs as musical experiences is magical.

Honestly, they had me at Michelle Yeoh, Carla Gugino, Angela Bassett and Lena Headey. And while this stylized action thriller, with its neon and bubble-gum palette, isn’t actually all that original, it is a whole lot of fun for those who don’t mind a whole lot of violence.

The hero of our story is played by Karen Gillan, a likeable actor who’s mastered playing kick ass women as the grown-up Martha in Jumanji and as Nebula in Marvel’s Avengers series. She gets to build on those personas as Sam, a highly-successful assassin with a moral code that leads her to save a young girl from other hit men. Worthwhile action movies usually have at least one fight scene where you go, ‘Well, that’s crazy but cool.’ Gunpowder Milkshake delivers: Sam goes up against a whole lot of bad guys after she’s injected with a drug that temporarily paralyzes her arms. Now that’s some elegant twirling.

My sister and I are big Rami Malek fans. When she recommended The Little Things — a crime thriller starring Malek, Denzel Washington and Jared Leto — I was more than on board. The Little Things follows Joe “Deke” Deacon (Washington), disgraced former detective-turned-deputy sheriff and detective Jimmy Baxter (Malek). When Deke notices similarities in the M.O. of a recent murder and an unsolved case that still haunts him, The pair team up and begin a somewhat unorthodox investigation. Deke and Baxter home in on Albert Sparma (Leto) who taunts the detectives a la Silence of the Lambs and Zodiac.

The actors bring a lot to the table in The Little Things — which lives up to its name in terms of plot. The contrast of Deke’s brooding, jaded character and Baxter’s professional innocence and binary view of good and evil set up heart-pounding moments with Sparma, who’s piercing stare likens to a snake ready to strike. Every moment is agitated by the volatility of 90’s LA with a jaw-dropping conclusion.

Chloé Zhao’s Nomadland has been sweeping awards at film festivals and unsurprisingly won best picture, best director and best actress at the Oscars. Zhao’s a true workhorse, directing, editing and writing this contemplative and fascinating drama about a woman (Frances McDormand) who leaves her home to travel around the American West. Get this: Members of the supporting cast are real-life nomads playing fictionalized versions of themselves. See this extraordinary piece of filmmaking from the director who’ll bring her unique lens to Marvel’s Eternals later this year.

Minari stars Steven Yeun in a sensitive and authentic portrait of a family of South Korean immigrants trying to assimilate to life in 1980s rural America. It rightly saw Youn Yuh-jung sweep awards shows, capping it all off with a best supporting actress win at the Oscars.

Listen up. A Quiet Place Part II is a near-silent sequel but it’s got even more to say in the pandemic era. Written and directed by John Krasinski, with Emily Blunt and Cillian Murphy on screen, the suspenseful thriller is filled with precision-tooled suspense even if it doesn’t expand on the 2018 original as much as it could.

Judas and the Black Messiah made waves at the Oscars, earning a best supporting actor win for Daniel Kaluuya, among its many nominations. It was much deserved. Kaluuya is mesmerizing as Fred Hampton, chairman of the Black Panther chapter in Illinois, lighting up the screen alongside Lakeith Stanfield, who plays an FBI informant sent to infiltrate the party. The biopic, dramatizing real-life events in the late ’60s, is riveting, shocking and sizzles with themes about racial injustice. A big, hefty film that demands your full attention.

Epic Games and Apple are battling it out in what’s being called one of the most important tech antitrust cases in years. […] Windows 10 users have been warned by security experts about a shock Microsoft threat. Windows 10 is the most popular operating system […] 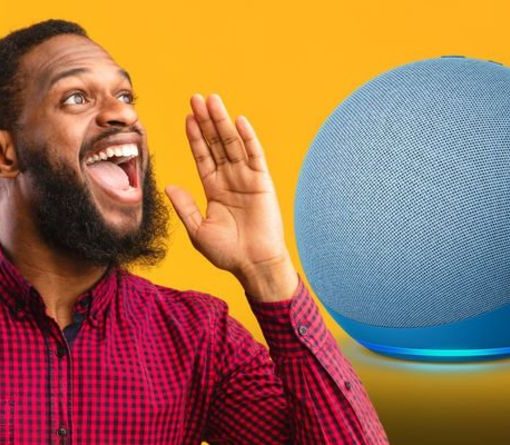 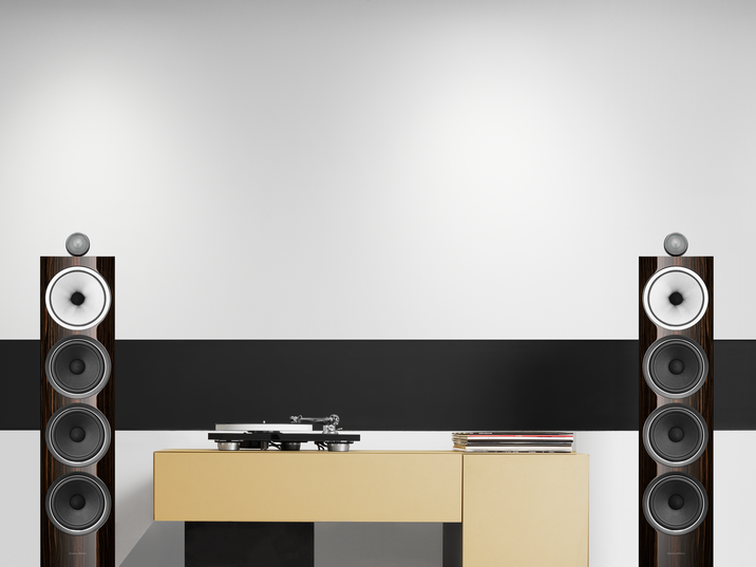