The Formula 1 title race is hotting up as Lewis Hamilton secured pole position for this weekend’s Saudi Arabian Grand Prix. On his final hot lap, Verstappen looked set to steal the spot at the front until his Red Bull car thumped the wall at the Jeddah street circuit, meaning he will now start third. After qualifying, Hamilton said: “It was intense but enjoyable. This was heart in your mouth for all of us. If Max had finished his lap he would have been ahead.” Verstappen added: “It’s extremely disappointing. We had a good car, everything seemed to be coming together, in Q3 it was good but unfortunately I couldn’t finish the lap. At least it seems like we can fight here.”

Their tense rivalry this season could be about to get even more competitive, as Hamilton sits just eight points behind the Dutchman going into the final two races.

It’s a rivalry that has been bubbling since before this dramatic season, as seen at the USA Grand Prix in 2019.

It was during qualifying when Hamilton and Verstappen’s cars nearly touched as the Briton tried to overtake his Dutch counterpart.

Following qualifying, Verstappen said: “We were all lining up to do our flying laps.

“We were slowing down to make space and Lewis drove through like nobody was there and he didn’t care.

He said: “Yup. I think every driver is slightly different. Some are smarter, some are aggressive, some are silly with it.

“Through that experience of racing with people, you give some more space than others.

“Max, it’s very likely you’re going to come together with Max if you don’t give him extra space, so most of the time you do.

“So I thought if he doesn’t care, I don’t care. Everyone else was respecting each other.”

Hamilton said: “It’s nothing. There is no rule that says you have to stay single file.

“I kept going and he started racing me.”

Hamilton called the Dutchman’s racing in Mexico “silly” last Sunday and claimed he could be “torpedoed.”

Just a week prior to this incident, Hamilton was asked whether Verstappen was treated any differently to other drivers.

“I don’t think it’s intentional or anything like that.”

A similar incident happened between the two drivers at this year’s USA Grand Prix, when Hamilton and Verstappen went side by side during a practice session.

It was only the latest in a long line of incidents this season which has seen Verstappen and Hamilton crash at both Silverstone and Monza.

The flashpoint in Italy saw Verstappen’s car end up on top of Hamilton’s in a scary incident, but both men thankfully escaped unhurt.

Former Formula 1 driver Timo Glock speculated that Verstappen would have ‘punched’ Hamilton had the crash happened earlier in his F1 career.

But Verstappen insists that is not the case, however he does accept that he has mellowed over the course of his time in the sport.

He said: “I have got older and I have more experience, but I don’t necessarily think I would have punched Lewis.

“It is just that you experience more things and you learn how to deal with the sport better – that is just a natural process.

“I have been very relaxed the whole year. I cannot speak for Lewis, but from my side, there is no real extra pressure.”

Verstappen also played down the rivalry between the two title rivals, and insisted all was forgiven after the incident at Monza.

He added: “We have got together a few times and we were not happy with each other.

“But a few races later you can see us sitting together in a press conference and laughing with each other again, and that is how racing goes.

“A lot of people look at you and rate the rivalry, but at the end of the day it is not all that bad.

“We all have those times where we have low moments with someone, but we are human beings. We move on, and we forgive.” Manchester United have recently returned to winning ways, overcoming the likes of Tottenham, Manchester City and AZ Alkmaar to ease the pressure […] Manchester City are looking to retain the Carabao Cup after beating Arsenal in the final last season. City and the Premier League […] 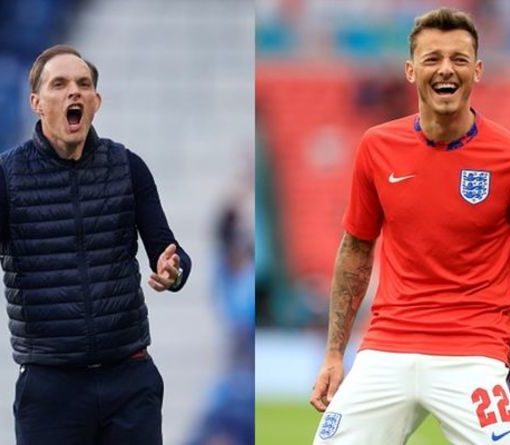 Chelsea are said to have made contact with Brighton defender Ben White over a move to Stamford Bridge this summer, reports claim. Arsenal have been leading the […]

Holland vs Spain LIVE: Latest score and updates from friendlies including Finland vs France, Belgium vs Switzerland and the rest of the […]