“Senator Robert Joseph Dole died early this morning in his sleep. At his death, at age 98, he had served the United States of America faithfully for 79 years,” according to a statement from his family.

“Bob was an American statesman like few in our history. A war hero and among the greatest of the Greatest Generation. And to me, he was also a friend whom I could look to for trusted guidance, or a humorous line at just the right moment to settle frayed nerves,” Biden said. “I will miss my friend. But I am grateful for the times we shared, and for the friendship Jill and I and our family have built with Liddy and the entire Dole family.”

Dole, who was seriously wounded during World War II, had suffered a series of health ailments in previous years. In 1991, he received surgery for prostate cancer, received abdominal aortic aneurysm surgery in 2001, was hospitalized in 2005 after a fall in his home and was treated for a leg infection in 2009.

Arriving in Washington at the dawn of the Kennedy administration, Dole would serve for 27 years as a US senator from Kansas, including two stints as the Senate majority leader, though he might be best known for his unsuccessful run as the Republican presidential nominee against Bill Clinton in 1996, his third attempt at the White House. He also served as President Gerald Ford’s running mate in 1976 after Nelson Rockefeller declined to stay on as vice president.

Early in his Senate career, he was labeled a “hatchet man” by his critics and drew national attention for his vehement defense of President Richard Nixon throughout the Watergate scandal. He considered Nixon a friend and a mentor — later eulogizing Nixon at his funeral in 1994 as the “most durable public figure of our time.” In a notable departure from his sour public image, he choked up at the end of his remarks.

But in taking up the mantle of GOP leader in the Senate, Dole’s reputation became that of a whip smart lawmaker and a tough negotiator willing to work across the aisle with Democrats on issues such as Social Security reform, the Americans with Disabilities Act and landmark nutrition legislation.

“By all rights, he and I should have had a lousy relationship,” former Democratic Sen. Tom Daschle, who was the Senate’s top Democrat during Dole’s second stint as majority leader, said in a 2000 speech. “The fact that we did not was due to Bob Dole — to his civility, to his pragmatism, to his quick wit and self-effacing humor, and to his love of this country and to this United States Senate. His sense of fairness and decency is a standard for which everyone in public life should aim.”

In his book “What It Takes” about the 1988 election, journalist Richard Ben Cramer described Dole as a Senate leader who was always ready with a joke and a greeting and was “never more cheerful, more at peace, than he was in the wee hours, when a deal was going down and he was waiting for someone to crack, while he drank a milkshake and told old stories in the Senate dining room.”

In 1996, he resigned from the Senate as the chamber’s then-longest serving GOP leader to focus on running for the White House, quipping it was either “the White House or home.” He entered the race as the front-runner and fended off an early challenge from his right from Pat Buchanan to secure the nomination, then selected former congressman and supply-side economics champion Jack Kemp as his running mate.

But he lost the election handily to incumbent President Bill Clinton, who at the time was riding a strong economy and drew a contrast between his image as a Baby Boomer and the 73-year-old Dole, who was portrayed as old and out of touch.

It was the last of Dole’s bids for the White House. His first, in 1980, gained little traction, but his second, in 1988, initially provided a strong challenge to eventual nominee George H.W. Bush after Dole won the Iowa caucuses. The race between the two men eventually turned nasty, culminating with Dole testily telling Bush in a live television moment on the night he lost the New Hampshire primary, “Stop lying about my record.”

The rivalry between the two men would fade over time; in 2018, when Bush laid in state at the Capitol Rotunda, Dole was helped to his feet from his wheelchair to salute his one-time opponent.

Despite never winning election as either president or vice president, Dole’s long career on the national stage and as a leader of the Republican establishment is abundantly clear in one piece of party history: 14 GOP presidential tickets from 1952 to 2004 (all of them except for 1964) included either Dole, Richard Nixon, George H.W. Bush or George W. Bush.

Dole also had a notably warm personal relationship with Clinton, who told the audience at their first presidential debate, “You can probably tell we like each other.”

A few months after his loss to Clinton, Dole would receive the Presidential Medal of Freedom for his service in World War II and Congress from his former rival and flashed his sense of humor.

“I, Robert J. Dole, do solemnly swear …” he quipped during the ceremony, pretending to take the oath of office. “Sorry, wrong speech. But I had a dream that I would be here this week, receiving something from the president, but I thought it would be the front door key.”

Clinton and Dole later co-chaired a scholarship fund that initially raised over $100 million for families of those killed in the September 11 terrorist attacks and subsequently teamed up for a weekly debate segment on CBS News’ “60 Minutes.”

He also demonstrated his ability to take a joke when he appeared on “Saturday Night Live” in 1996 following his loss alongside Norm MacDonald, who had mercilessly lampooned him during the election.

As he put it to NBC in 2005, humor is needed in Washington “to break the tension sometimes and you can do it with just — without offending anybody.”

Dole was born on July 22, 1923, in the small town of Russell, Kansas, and grew up during the years of the Great Depression. At the age of 19, while a student-athlete at the University of Kansas studying to become a doctor, Dole enlisted in the Army in 1942 following America’s entry into World War II and was called up to active duty the following year, he wrote in his memoir “One Soldier’s Story.” Sent to fight in Italy in 1945, Dole was seriously wounded while trying to carry a fellow soldier to safety. He spent 39 grueling months in and out of hospitals, recuperating from his near fatal injuries, which left his right arm permanently disabled and his left arm minimally functional. Dole received the Purple Heart twice and two Bronze Stars with an oak leaf cluster for his service in World War II.

His injuries changed the trajectory of his life, leading him to pursue a law degree and a career in politics. He served a term in the Kansas House of Representatives and later for eight years as Russell County prosecutor. Dole was elected to the US House to represent Kansas in Washington in 1960, serving four terms before he was elected to the US Senate in 1968.

Beyond his career in Washington, Dole advocated for the nation’s veterans throughout his career, including serving as co-chair of a 2007 presidential commission that investigated Walter Reed Medical Center. After leaving public office, he served as the National Chairman of the World War II Memorial Campaign, helping to raise millions to construct the first memorial dedicated to all World War II veterans. In his 90s — as one of the longest-living and most prominent members of the Greatest Generation — he spent his Saturdays greeting his fellow veterans as they visited the memorial in Washington after it opened to the public in 2004.

In January 2018, Dole became the eighth US senator to receive the Congressional Gold Medal, the highest civilian honor bestowed by Congress. Dole was the only former Republican nominee to support Donald Trump’s candidacy in the 2016 election, and Trump recognized his service to his country at the medal ceremony.

“In hearing (Dole’s) story they will truly learn what it means to be a great American,” Trump said at the medal ceremony. “Bob, that is the legacy that you have left our nation and it will outlive us all.”
Dole was one of the key Republicans to say plainly after the 2020 election that Biden had won. In a July 2021 interview with USA Today, Dole said that while he is still “a Trumper,” he was “sort of Trumped out.”

WASHINGTON (Reuters) – The U.S. House Intelligence Committee on Wednesday said it had narrowed a subpoena to Deutsche Bank AG (DBKGn.DE) for […] 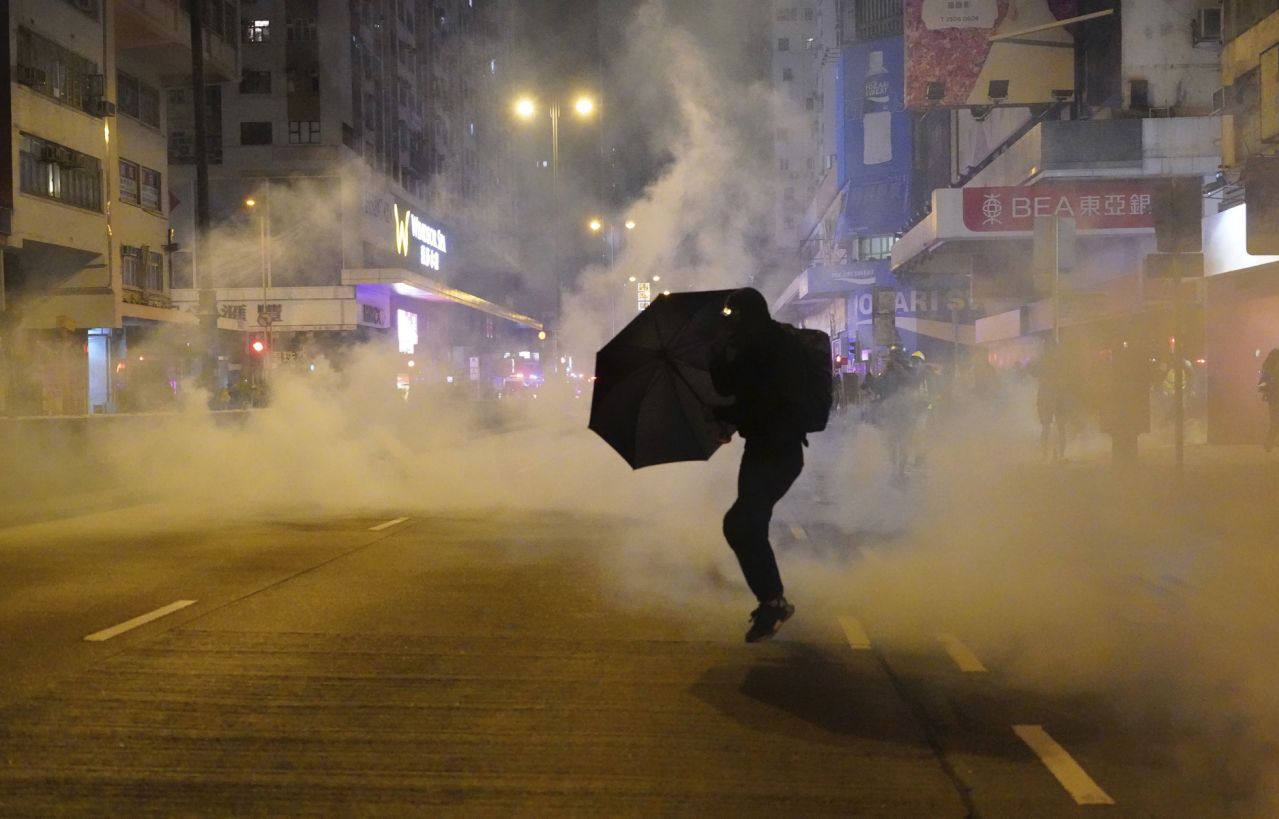 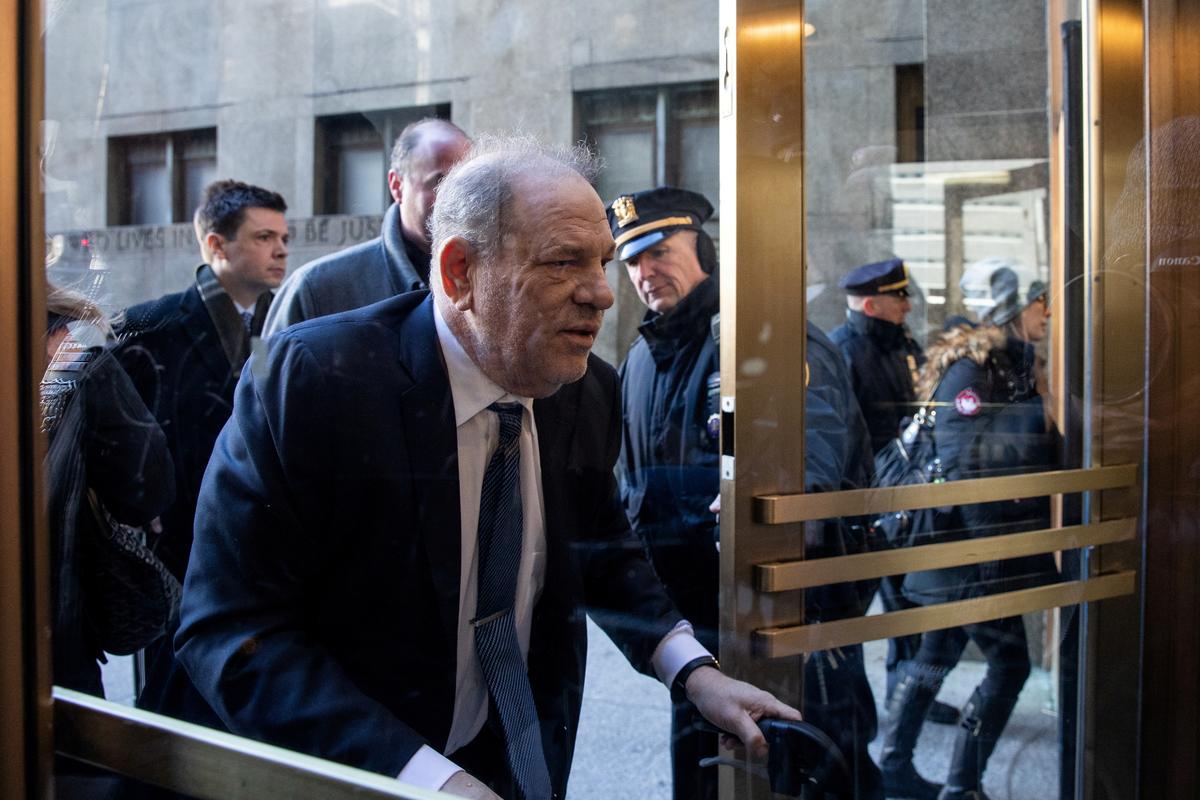