On the opening day of the British socialite’s trial in New York, prosecutor Lara Pomerantz told jurors the pair committed crimes over 10 years. The assistant US attorney claimed Maxwell had been “the lady of the house” and was key to the sexual abuse committed.

Ms Pomerantz told jurors at the Lower Manhattan court one alleged victim, a 14-year-old girl referred to as “Jane”, had been approached by the pair at a summer music camp. Epstein told her he gave scholarships to children and asked for her phone number.

Ms Pomerantz added: “What Jane didn’t know then is that man and woman were predators…and this meeting was the beginning of a nightmare that would last for years.”

Maxwell’s role, she said, was to “normalise abusive sexual conduct”.

The lawyer added: “Between 1994 and 2004 the defendant sexually exploited young girls.

“She preyed on vulnerable young girls, manipulated them and served them up to be sexually abused.

“The defendant was trafficking kids for sex.”

Ms Pomerantz said Maxwell “walked the girls into a room where she knew [Epstein] would molest them, and there were times she was in the room when it happened, making it all feel normal and casual”.

Of the British socialite’s relationship to the billionaire paedophile, she said Maxwell was “Epstein’s best friend and right hand”.

The pair were in a “personal relationship” and when the relationship ended “they remained… the best of friends”.

“During the 10 years, they committed these crimes together…they were partners in crime,” said Ms Pomerantz.

“They had a playbook. First, they got access to young girls. Then they gained their trust. They promised these girls the world.

“They figured out what the girls dreamed of being when they grew up and promised to help. They made these girls feel seen.They made them feel special. But that was a cover.

“They were wealthy and influential people who used that cover to make the girls and their parents feel comfortable and safe.

“But what came next was anything but safe. The next stage involved getting the girls comfortable with sexual contact involving Epstein.”

“Make no mistake: She knew exactly what Mr Epstein was going to do to those children when she sent them inside those massage rooms,” she added.

She said Epstein would give those he abused hundreds of dollars in return for the massages, knowing they needed the money. He also gave cash to anyone who brought him more victims.

“And when a girl brought someone new, they were rewarded with cash.”

Detailing Maxwell and Epstein’s alleged methods, the prosecutor said they began with compliments, trips out and gifts before turning sinister with sexualised massages.

“Those girls were not professional masseuses. They were kids being sexually exploited and abused. Under this pyramid scheme of abuse, the defendant could just call girls to schedule massage appointments and hand them cash afterwards. “For decades, the defendant played a central role in this scheme. She knew exactly what she was doing. She was dangerous. She was setting young girls up to be molested by a predator.”

Ms Pomerantz told jurors how Jane, whose identity has been protected, was not the only victim. She then laid out more details of the case against Maxwell.

She said: “You will learn about multiple girls who were targeted by Epstein and the defendant for sexual abuse. You will learn about a 16-yearold girl, who travelled to Epstein’s ranch in New Mexico, who found herself alone with Maxwell and Epstein.”

Once Maxwell got the girl alone, Ms Pomerantz claimed she took steps to prepare her to be abused by Epstein.

“You will also learn about a 17-year-old girl,” she told the court, whom Ms Maxwell allegedly spotted in a car before telling her driver to pull over, to approach and recruit her.

However, Maxwell’s lawyer Bobbi Sternheim, outlining the defence case, said prosecutors would not be able to prove any of the charges. She said her client was a “scapegoat” as Epstein – who killed himself aged 66 in a Manhattan jail cell before he could be tried – was not in court. And she told the jury: “She is not like Epstein.”

And she claimed the memories of the four accusers due to give evidence had been “corrupted by things that have happened throughout the years. Manipulated by a narcissistic man and self-interested civil lawyers and a desire for a big jackpot of money.”

Ms Sternheim said “each accuser” testifying in the trial “received millions of dollars” from a compensation fund.

She said the alleged victims would point a finger at Ms Maxwell “but what they say and the evidence that you will see are not going to support these charges beyond a reasonable doubt”.

Epstein, she said, was a “21st-century James Bond” and a “manipulator, but he was also a mysterious man without attachment.

“He had no wife. He had no children. And he had no boss. Yet he attracted all these rich and powerful people before and after his fall from grace back around 2008.”

Referring to the victim known as “Jane”, Ms Sternheim said she only came forward once a compensation scheme had been launched.

“She is a consummate actress and is a pro at playing roles,” she claimed.

Maxwell appeared in court wearing a white turtleneck and dark trousers and was supported by her older sister Isabel.

She seemed relaxed, played with her hair, and smiled from behind her mask and waved at her sister.

The daughter of disgraced media tycoon Robert Maxwell, she is claimed to have carried out the crimes in the US and UK.

If convicted on all six counts, Maxwell, a friend of Prince Andrew, faces a maximum of 70 years in prison. It would effectively mean her dying behind bars.

Among those watching the trial were alleged victims’ lawyer Lisa Bloom and Sarah Ransome, one of several women to accuse Epstein and Maxwell, who said: “I never thought this day would come.” 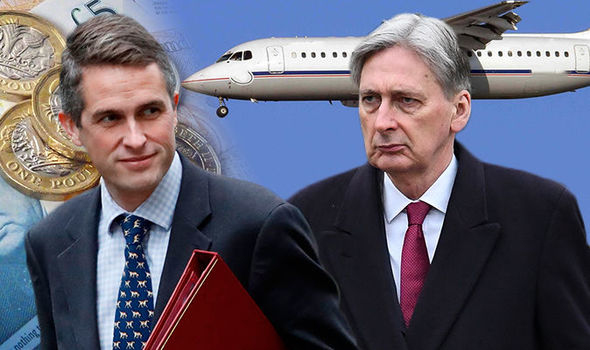 CAIRO (AP) — Egypt’s president on Saturday announced an initiative to end the civil war in neighboring Libya, a move accepted by […] 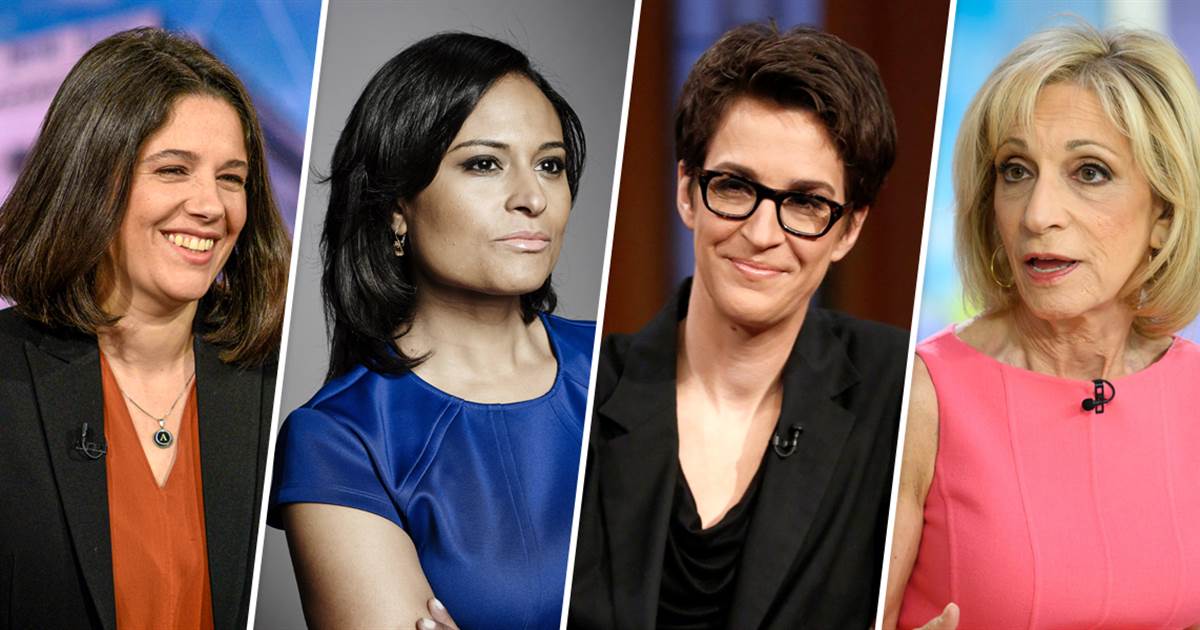 The fifth Democratic presidential primary debate in Georgia will have four moderators, MSNBC announced on Wednesday — and all of them are […] 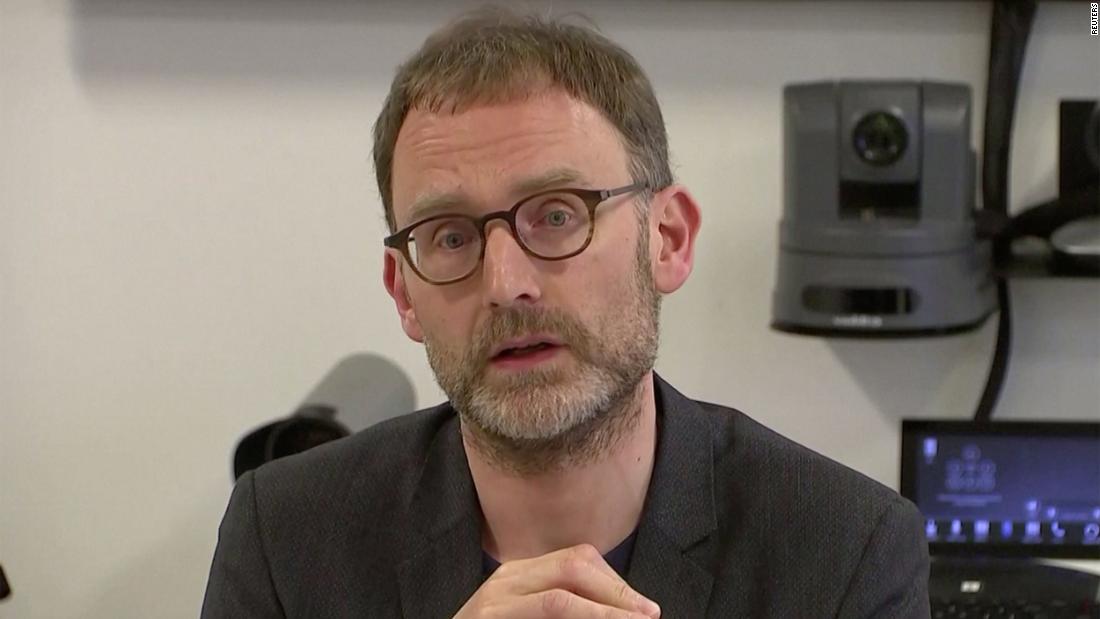 Professor Neil Ferguson, who is based at Imperial College in London, is one of the architects of the UK government stay-at-home strategy […]