GLASGOW — Inver restaurant is but a speck on the longest sea loch in Scotland. From its windows, a diner can see the remnants of a 15th-century castle and the rolling hills of the Highlands, but the breakout star is not the view. It’s a meaty halibut head that the chef Pam Brunton grills over wood and finishes with melted homemade ’nduja and a tangle of grilled green onions.

The small halibut she butchers have been raised in sea-fed pens on the Isle of Gigha, a nearby community-owned island whose farmed halibut have become the darling of people who care a lot about where their fish and shellfish come from.

Ms. Brunton, who could be Alice Waters’s Scottish niece, runs Inver with her partner, Rob Latimer. The tiny restaurant and inn is about 70 miles from Glasgow, where in November heads of state, including President Biden, thousands of diplomats and a flood of environmental activists like Greta Thunberg gathered for COP26, the United Nations global climate conference.

Ms. Brunton’s halibut heads may not seem like much of a hedge against the catastrophic effects of fossil fuel and methane gas emissions, but a group of cooks and diners here say that putting sustainable Scottish seafood on the plate is at least one tangible (and delicious) move toward a better planet. The shift is away from fin and shellfish whose populations are threatened by climate change or harvesting practices.

“It’s all part of an incremental change,” Ms. Burton said in an interview before participating in a panel on food waste, hosted by The New York Times Climate Hub, that coincided with COP26. “Inver restaurant is not going to change anything in its life span, but hopefully we are helping the current move in this direction, not that direction. We are changing the flow.”

Guy Grieve of the Ethical Shellfish Company, on the Isle of Mull, looks at his work in the same way. He brings hand-harvested Scottish scallops, rope-grown mussels and creel-caught crab and langoustine to city-bound cooks in Britain.

In 2010, Mr. Grieve began diving for king scallops in the waters of western Scotland. His catch — with shells six inches across and crescents of orange roe attached to the muscle — went to restaurants whose chefs didn’t want to sell scallops dredged from the ocean floor using methods that reduce their population and ruin marine habitats.

“We’re trying to pick the apples in the garden without trampling the flowers,” he said.

When the coronavirus pandemic arrived, restaurants in Britain shut down. Mr. Grieve and fellow divers on other boats went from gathering about 10,000 scallops a week to zero. He had to sell his fishing boats. To make money, he began helping other divers sell their catch to whatever markets he could find.

One promising market, much to his delight, was home cooks in Edinburgh. Although the restaurant trade is back, his company still delivers about 50 cardboard boxes of scallops to private homes, each order carefully packed in sheep’s wool for insulation.

Those customers are just one indication that the number of Scottish cooks and diners who care about the provenance of their fish is growing, he said.

Some of the appeal is the romance of food from Scotland’s west coast, where Scottish kings are buried and the first Celtic church in Scotland was built in about 563 A.D.

“It’s a really compelling place for people to be sourcing their food,” he said. “In people’s minds, you’re bringing them stuff from their dreamland.”

But the health of the climate and the environment matter, too.

“There’s a degree of indignation that is coming out, and it’s great,” he said. “Unfortunately, there is a never-ending tide that will never stop and it’s called greed. All we can do is create little diversions.”

Seafood is Scotland’s largest food export. Almost 400,000 tons were landed in 2020. That doesn’t include wild salmon, which are no longer fished commercially anywhere in Britain. Scotland, however, is the third-largest producer of farmed Atlantic salmon. Langoustine, the slender, delicate relative to the lobster, is the most valuable catch; more than two-thirds of the world’s supply comes from Scottish waters.

Before Britain’s split from the European Union, or Brexit, most Scottish seafood went straight to markets like Spain and France. Brexit red tape has made European trade extremely difficult and the local Scottish and broader British markets more attractive.

But getting seafood — especially niche items like Mr. Grieve’s scallops or the Gigha halibut — into the kitchens of home cooks is still a challenge, said Rachel McCormack, a food writer and broadcaster based in Glasgow.

“The difficulty of promoting Scottish fish within Scotland is a very big topic,” she said. Scottish fishmongers are few and far between. “Supermarkets have a stranglehold on the food supply, and aren’t interested in Scottish fish unless it’s cheap farmed salmon.”

Ms. McCormack’s two favorite things from Scottish waters are the Gigha halibut, which she roasts with salsa verde made from capers, parsley and coriander, and langoustine, which she cooks in butter, garlic, ginger and white wine and then works her way through “with bread and some langoustine pliers I got in Spain.”

She sends visitors who are looking for a restaurant with a lot of Scottish seafood to Crabshakk. The architect John Macleod and his wife, Lynne Jones, opened the cozy, two-tiered restaurant in what was then a desolate part of the city, in 2009, when the economy was crashing and most of the fish at restaurants was covered in batter.

It was an instant hit and has remained so popular that the couple plans to open a second outpost in West Glasgow early next year.

Over an espresso, Mr. Macleod talked about how he is constantly adjusting his menu with the climate in mind. The conversation followed a long lunch that starred scallops from the waters around the Isle of North Uist, sizzling in anchovy butter, and crab cakes made with mounds of Scotland’s sweet brown crabs. He grew up on the Isle of Lewis, part of the ancestral homeland of the Highland Clan MacLeod on the far reaches of the Scottish west coast, where almost everyone he knew was in the fishing business.

“Cod was in my bones and right into my toenails and fingernails,” he said.

He’s specific about what he likes. He still serves wild halibut because he prefers the firmer flesh, but he is most likely going to replace the Scottish cod with hake, whose fishery isn’t under as much pressure. His chefs have dedicated themselves to finding more uses for all parts of the fish.

“We’re not in the business of just taking it and ‘what the hell,’” he said about the environmental impact, “but it’s not quite as easy as people might imagine to feed people at volume and be right in there with every single product on the menu being as sustainable as it can be.”

But the pressure is building, especially from a new generation of eaters who care about both what’s on the plate and how it got there.

“It’s a new day,” said Ruaridh Fraser, 24, who waits tables at Crabshakk. “People have the fear in them now.” 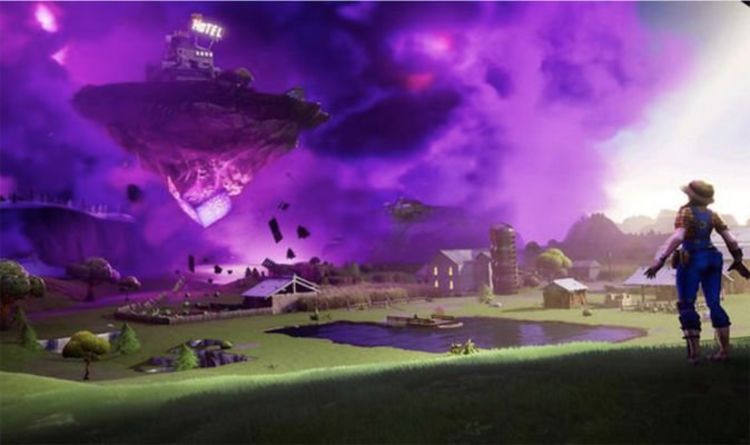 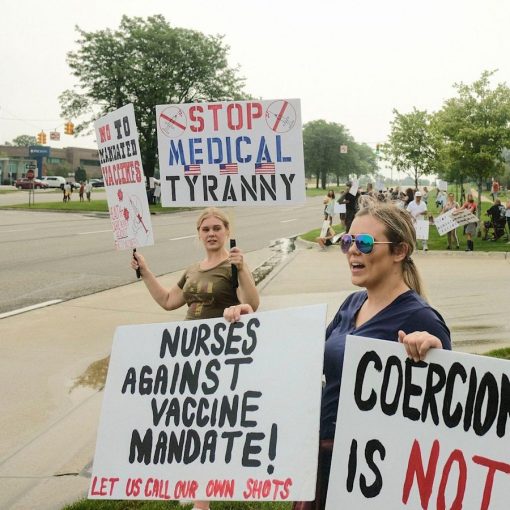 Protesters holding placards expressing their opinion while chanting outside St. Joseph Mercy Oakland Hospital, during the demonstration. Health care workers and others […] 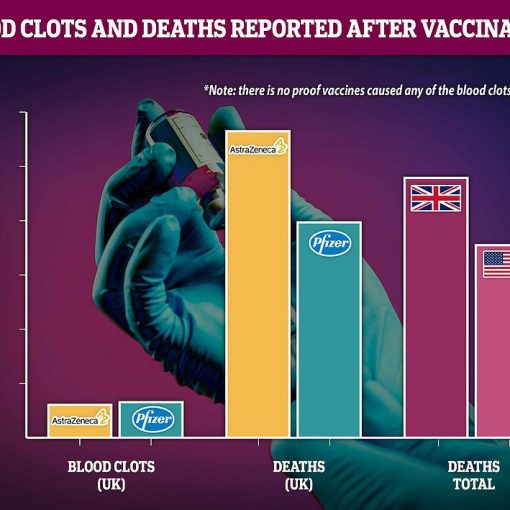 Pfizer’s Covid vaccine has been linked to more blood clots than AstraZeneca’s in reports from the UK, statistics show amid Europe’s ‘baffling’ […]

Etchings of fighting camels found on 13,000-year-old mammoth tusks in Siberia are the earliest known drawings of the animal ever found in […]