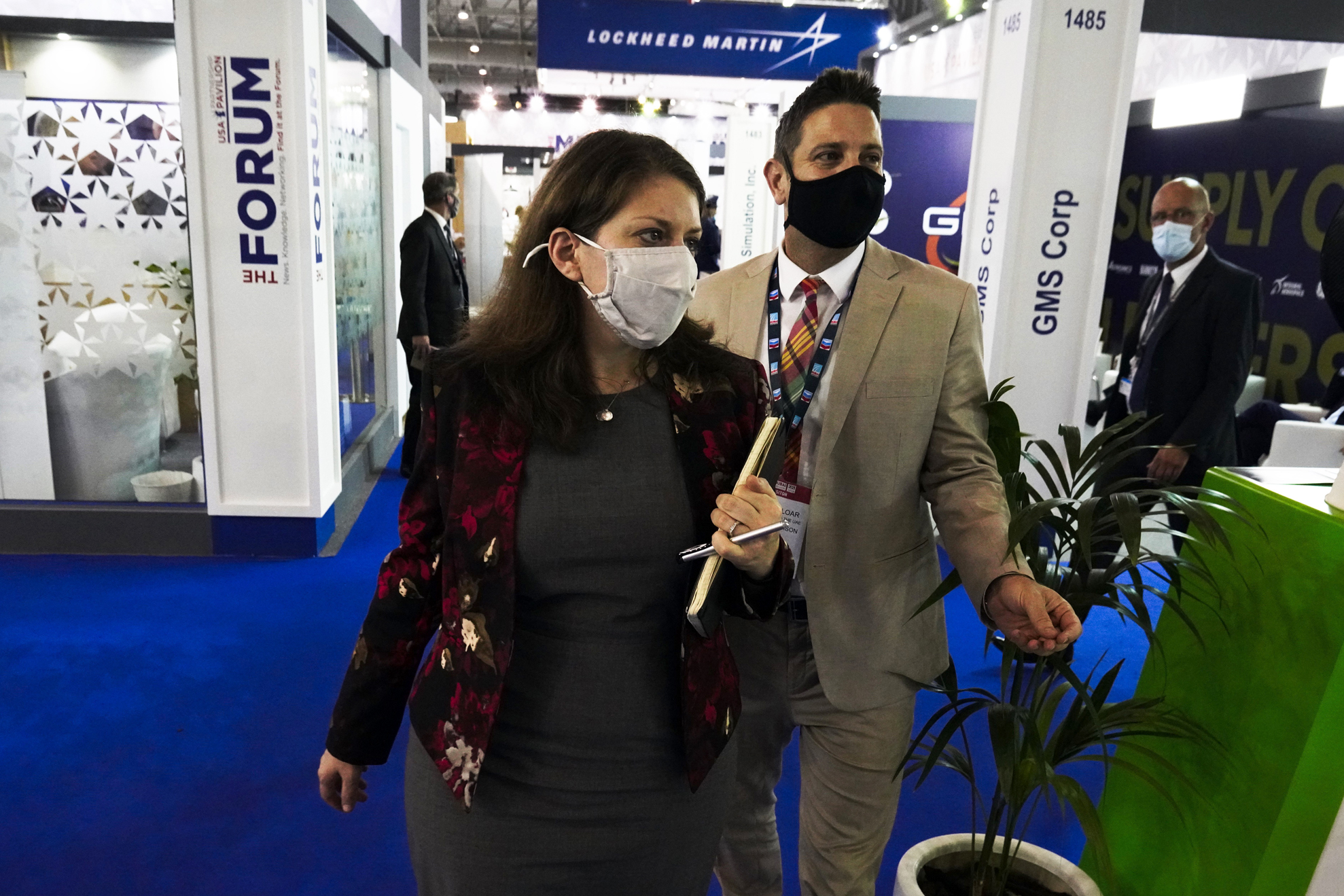 DUBAI, United Arab Emirates — Russia does not have a history of giving its aircraft catchy names. NATO typically does that for them, with code words like Flanker, Bear and Foxtrot.

That has changed with Moscow’s newest stealth fighter jet. For the first time, Russia has christened its aircraft before the United States and its allies could: Checkmate.

As far as names go, it isn’t subtle. As it suggests, Russian arms manufacturers are making bold claims about the capabilities of the aircraft.

“In terms of technical characteristics, you can really only compare our airplane with the [American] F-35,” Sergei Chemezov, an old KGB colleague of Russian President Vladimir Putin and now CEO of Russia’s largest defense-industrial holding, Rostec, told NBC News during the 2021 Dubai Airshow on Nov. 14.

Chemezov said Checkmate’s name was chosen because Russia realized that branding is an important part of winning over customers in the high-stakes international arms trade. And the name is yet another sign that Russia — the world’s second-largest arms exporter, behind the United States — is targeting traditional clients and allies of its old rival.

A single F-35 costs around $80 million, and while Checkmate’s pricing has not yet been announced, estimates flying around the Russian media suggest it will cost around $30 million per plane in its base configuration. But that’s just one part of a larger financial picture that will likely include delays and cost overruns, with test flights not slated to begin until as early as 2023.

Then comes the issue of production, maintenance and upkeep — all things that make America’s cutting-edge stealth jets so expensive relative to older airplanes.

The Russian military has already committed to Checkmate’s bigger, older brother, the Su-57. But it has yet to procure that jet in any meaningful quantities. And it has not shown strong interest in the new model, either. This means Rostec likely needs a big foreign buyer to get Checkmate flying.

“They need an external sponsor,” said Rob Lee, an analyst and doctoral student specializing in Russia’s military and defense industry at King’s College in London. “One of the issues for a lot of the new weapons systems that Russia develops is they need to find a foreign sponsor who can pay for the R&D, and then the Russian military will procure it domestically.”

The Russian military does not strictly need a fighter jet like Checkmate, Lee said. This is where the power politics of Russia’s domestic elite come into play.

“Chemezov is extremely powerful,” Lee said “Obviously he is very close to Putin, so if there’s a fight between Chemezov and [Russian Defense Minister Sergei] Shoigu, Chemezov would likely win.”

Nonetheless, from the moment it was first unveiled in July, Checkmate has been intentionally pitched for export to nations like Turkey, India, Saudi Arabia and others that have either been shut out of America’s F-35 program or don’t want to spend that much on a jet.

“Everyone is looking to buy something that is not too expensive but does not fall short of more expensive things from the Americans,” Chemezov said.

As a core business strategy, this model has served Russia well in recent years.

A report issued last month by the Congressional Research Service noted that one of the key reasons a potential customer might look to Moscow is that “Russian weaponry may be less expensive and easier to operate and maintain relative to Western systems.”

“Business!” Chemezov said, in English, when asked about recent Russian efforts to target traditional U.S. allies and customers with this model.

But it is also more than that.

The arms industry is inherently political, and Russia, like the United States, closely coordinates its arms exports with its foreign policy. About 80 percent of the country’s arms industry is under the umbrella of state-owned Rostec. Chemezov, its CEO, is an old friend of Putin’s. They have known each other since serving in the KGB in the ‘80s.

“Arms sales are a central element of Russia’s foreign policy and are closely controlled by the government to advance economic and strategic objectives,” the CRS report noted. “Russian arms sales … promote Russia’s defense and political relations with other countries.”

In recent years, Russia has sold arms to Egypt — traditionally an American customer — and it is targeting clients in the Middle East, such as Saudi Arabia and the United Arab Emirates, which purchase billions in U.S. equipment. Russia still has work to do on that front, but it has already shown it can sway even NATO allies, such as Turkey, to buy Russian.

At the Dubai Airshow, Rostec went all out on presenting Checkmate to potential buyers. It erected a large, branded pavilion and presented the jet with an elaborate lights and laser show. Watching the presentation, it would be easy to imagine you were watching the unveiling of a flashy new sports car — rather than a stealth warplane.

One explanation for the pageantry: The UAE, host of the airshow, is in the market for stealth fighter jets, and the F-35 is at the top of its shopping list.

But it isn’t clear that Moscow can sway the country to Checkmate. At the Dubai Airshow, the Biden administration’s top arms sales official, Mira Resnick, told reporters that Gulf states are not looking to buy Russian.

“The F-35 is already in this region,” Resnick told The Associated Press, pointing to Israel’s use of the U.S. jet. “We would like the UAE to be able to operate the F-35 in a way that (they) can be our security partners and deter threats, including from Iran.”

But Russia does have an opening.

Under the Trump administration, the U.S. and UAE penned a $23 billion arms deal that included 50 F-35s, but that sale has slowed under President Joe Biden amid concerns about the Gulf kingdom’s role in the ongoing Yemen conflict.

Russia has already demonstrated it can leverage a rift in U.S. relationships in the region.

In 2017, despite intense pressure from Washington, Turkish President Recep Tayyip Erdogan signed a $2.5 billion contract for the purchase of Russia’s latest air-defense missile system, the S-400. This prompted the Trump administration to impose sanctions on Turkey.

When asked if it gave him pleasure to sell to an American ally, Chemezov laughed.

“We also know how to sell and get a client interested,” Chemezov said. “Therefore, we think that we won in this case.” 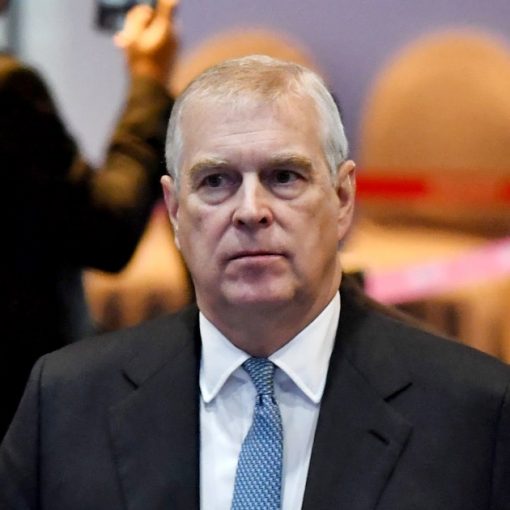 LONDON — British police said Monday that they would take no action after reviewing a document related to a U.S. civil sexual […]

Imagine raiding Versailles with a herd of bulls. You probably won’t make it past the gates, and you certainly won’t wind up […]