In the dead of the night, the Seattle resident gets panicked calls and messages from members of the LGBQT community in the Middle East — mostly gay men, thousands of miles away, terrified for their lives.

He listens and comforts them as best he can from the other side of the world. His phone is always on.

On other days, the callers want help fleeing their country and seeking refuge elsewhere. With a network of friends and human rights organizations in different continents, Failla, jumps into action. He works to get these people to safety, on his own dime, while they seek asylum in a Western country. He also helps them through the long, arduous UN refugee immigration process, which can take years.

The retired chiropractor’s compassion for refugees dates to his time as a young man in Detroit, where his closest friends were refugees from Hungary. After he moved to Seattle, he began helping refugees settle there.

But over the past decade, helping LGBQT people in the Middle East — where they face persecution and even death — has became his life mission.

“I realized that I had spent my life helping refugees and my own people were some of the most persecuted refugees on the planet,” Failla says. “Nobody was aware of it. Most of my gay friends who I talked to, they had no idea how severe the persecution is in various parts of the world.”

So far, Failla, 69, has helped orchestrate the safe exit of about 80 LGBQT people to the United States, Canada, the UK and other countries.

“Gay people are discriminated against in every society and every country, by their own countrymen and by their families,” he says. “That’s what makes gay people such a unique and vulnerable population of refugees.”

Failla stays in touch with most of the people he helps and refers to them as his “kids.” Some of them have paid it forward by opening their doors to others in similar predicaments.

CNN talked to half a dozen of his “kids” in Seattle, the United Kingdom and Turkey. Some did not want to be identified for fear of endangering their relatives’ lives in the Middle East. But they described a selfless man who answers his phone at ungodly hours and is always eager to help.

Failla hates drawing attention to himself, they say, so most of his help is done under the radar.

“I have Michael saved on my phone as my guardian angel,” says Justin Agha, a Tunisian gay man he helped relocate to Seattle from Turkey.

“He is the main reason I’m alive and have reached this point in my life,” Agha says. “If it wasn’t for Michael, if he hadn’t stepped in, I’d be dead and buried in a cemetery in Turkey. Or I would still be in Turkey, struggling.”

Failla and Agha were introduced through an LGBQT organization. At the time, Agha had been in hiding with his boyfriend in the northern Turkish town of Amasya. To stay safe after attackers beat him up for being gay, Agha says, they’d moved to 27 different apartments within their four years in the country.

That was in 2018, and his application for refugee status was in limbo. Without having ever met him, Failla intervened, and reached out on his behalf to US immigration officials and the United Nations’ International Organization for Migration.

Failla pledged to find the couple a place to stay, jobs and help for their PTSD. Their application for refugee status was approved shortly afterward.

When Agha and his boyfriend landed in Seattle in November 2019, Failla and his partner of 21 years, Gary Hamer, met them at the airport.

After years of living in the shadows, Agha says it was surreal to see openly gay men living without fear. On their first weekend in the United States, Failla took them to a Seattle Men’s Chorus retreat.

“And there’s 300 gay men in the men’s chorus who all invite them on that stage and are clapping and welcoming them to the United States,” Failla says. “Can you imagine what that must have been like for these two kids who have just been hiding their entire life, who have been beaten up and thrown in jail because they’re gay, to come someplace where 300 gay men are welcoming them? I was in tears.”

Often Failla doesn’t meet the people he’s helping until after their cases have been approved and they show up at the airport.

Once they arrive, he helps them build their resumes, pushes them to take English lessons, and learns their interests so he can help them find jobs. He provides advice when they need career changes and finds counseling for those who are grappling with past trauma.

“It’s important for me to coach them and teach them how to get jobs,” he said. ” I don’t want them living off the system. I want them to have the pride of working hard and doing it for themselves. And when that happens, it really pays off.”

The first gay couple Failla helped, Btoo Allami and Nayyef Hrebid, live in Seattle, where they work in maintenance and kitchen design, respectively.

“Michael is our angel,” Hrebid says. “I learn from him how to be kind and help people. The world needs more angels like Michael.”

Allami and Hrebid both worked with the US military during the Iraq war. Allami was a sergeant in the Iraqi military while Hrebid was a US translator. The US filed for asylum for Hrebid, allowing him to come to the US but leaving Allami alone in Iraq trying to hide from militants who were targeting gay people.

Some of Allami’s relatives accused him of bringing shame to the family and wanted him killed, he says. Terrified, Allami stuffed a backpack with pants and a few T-shirts and fled to Lebanon.

Hrebid met Failla at a party in Seattle and told him their story. By then, Allami had filed for asylum with the United Nations refugee agency, a process he says was taking longer than usual due to translation errors. Failla flew to Beirut and attended several interviews with him.

Allami eventually got a visa to come to Canada, where he and Hrebid got married. In March 2015, Allami moved to Seattle to be with his new husband.

Their love story was made into a documentary film, “Out Of Iraq.” The couple now opens their home to other LGBTQ people who’ve fled the Middle East. They try to help them get jobs and they teach them about their new culture in the US.

Their goal is to pay it forward.

He’s been receiving more pleas for help in recent months

Since the fall of Afghanistan to the Taliban three months ago, Failla has received more pleas for help than ever.

“It’s been challenging. I have so many people contacting me every day. There are stories of people getting killed. People are quite desperate, there’s a lot of fear,” he says.

Failla has a network of volunteers who help refugees with everything from legal services to accommodations. He wants people to know he does not do this alone.

“With every case, there has been a lot of people who’ve helped each step of the way,” he says.

Failla plans to do this work for as long as he can.

“Nobody else is doing it and we need more people to help, to get people through the complexities of getting them (into) hiding, getting them through all of the bureaucracy to resettlement,” he says. “It really takes somebody who is going to be on their side and advocate for them.”

But he won’t stop stepping in personally to help LGBTQ refugees himself.

“I like doing it,” he says. “There’s nothing that makes me happier than when I finally see one of these happy faces arrive at the airport.” 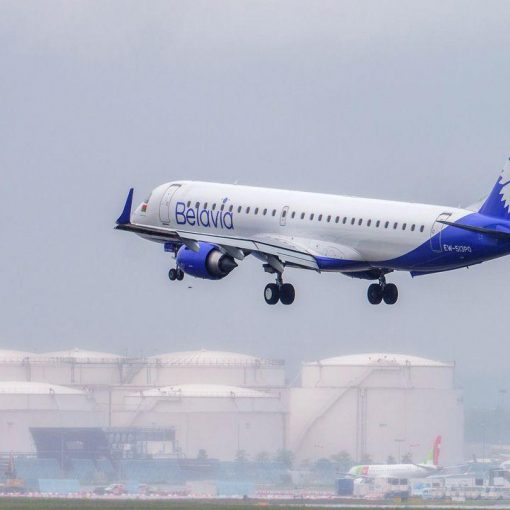 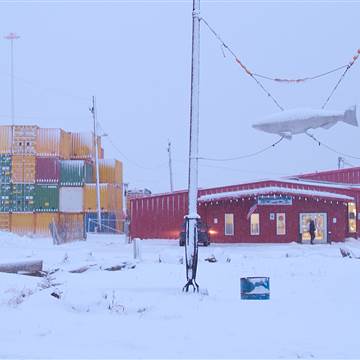 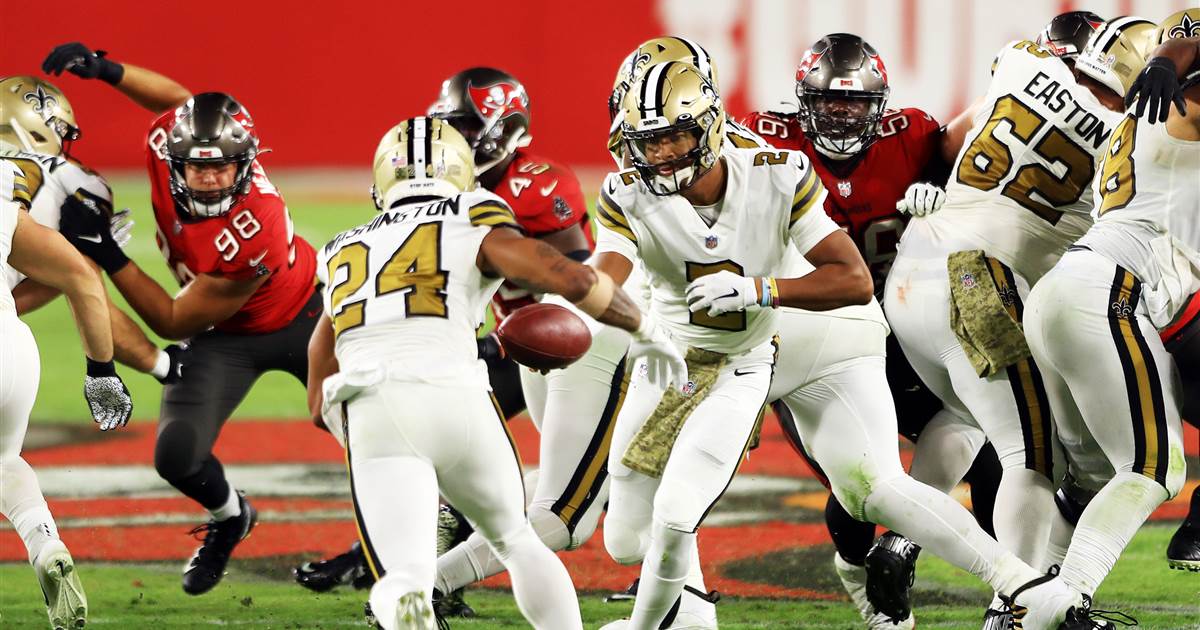 The New Orleans Saints and New England Patriots have been ordered to pay major fines for violating the NFL’s Covid-19 protocols, the […] 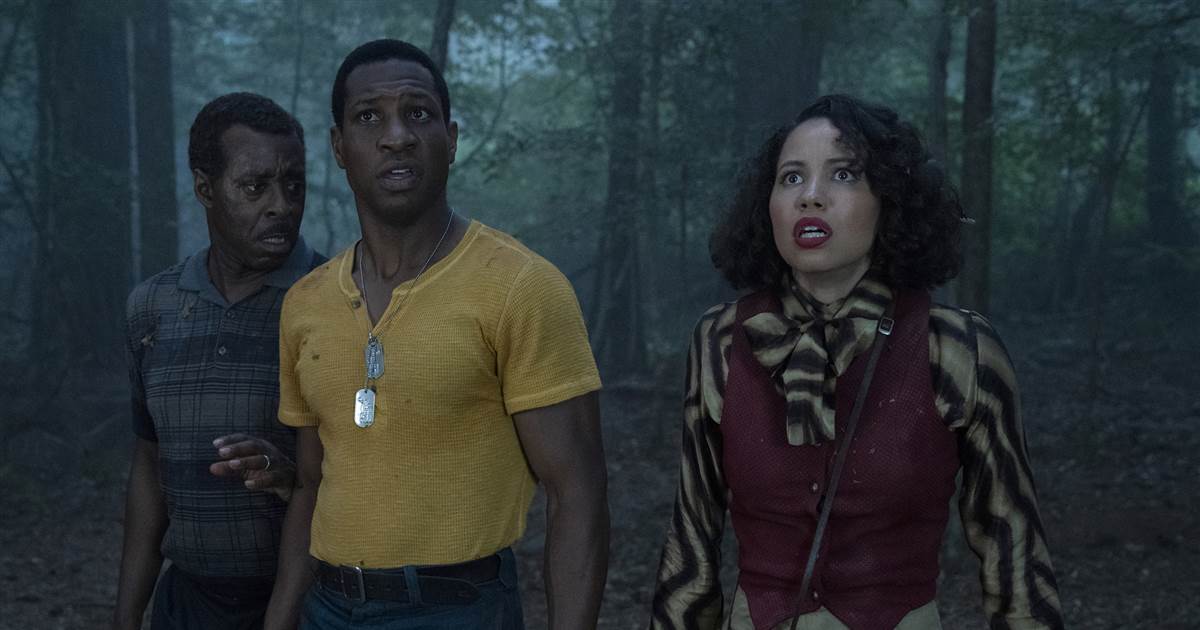