Mercedes team principal Toto Wolff has refused to rule out the possibility of another war of words with Red Bull in Saudi Arabia next weekend. The two rival teams have been at odds with each other for the majority of the season to date, with Lewis Hamilton and Max Verstappen still finely poised in the battle for Drivers’ Championship glory.

Tensions between Mercedes and Red Bull initially boiled over at the British Grand Prix after Hamilton was deemed to have pushed Verstappen into the barriers at high speed on the opening lap.

The Dutchman was left frustrated and his team attempted to get Hamilton into further trouble by appealing to the FIA after the race.

The roles were reversed at the Brazilian Grand Prix earlier this month, with Mercedes asking for a review after Verstappen escaped punishment for running his championship rival wide as they jostled for position.

Hamilton managed to seal a remarkable victory in spite of the incident and came out on top once again in Qatar, cutting Verstappen’s lead in the standings to seven points with just two races left to run.

The 36-year-old will be aiming for yet another win in Saudi Arabia and will have the added benefit of a relatively fresh power unit, with the Silver Arrows set to reinstall the engine that powered him to victory in Brazil.

Speaking ahead of next weekend’s race, Wolff has conceded that he is expecting Red Bull to reignite their off-track battle to slow the progress of Mercedes as this year’s title fight nears an exciting conclusion.

“In a way, the debates that are being kicked off or launched, I cannot follow any more.

“I have taken the decision for myself and the team that we’re struggling to keep up with commenting on the rumours that are being made from that side.”

It remains to be seen whether Hamilton will be able to register a third successive Grand Prix victory at the expense of Verstappen in Saudi Arabia with the aid of his returning power unit.

Red Bull team principal Christian Horner recently felt compelled to question the legality of Hamilton’s engine after the 36-year-old defied all odds to win in Brazil despite starting the race from 10th on the grid.

“We know the straight line speeds that we’ve seen in Mexico and in Brazil, I think everybody could see in Brazil was not a normal situation,” said Horner during a heated press conference at the Qatar Grand Prix.

“And yes, a new Mercedes engine comes with increased performance, but when you have a 27km/h closing speed and you have witness marks on the rear wing end plates, that have been marking up from wings that have been flexing, it’s very clear to us what has been going on.

“So of course, that’s why it’s down to the FIA. Does our car comply with the rules? Absolutely.

“Do we have concerns over the [Mercedes] gains in straight line speed that we’ve seen since Budapest, but really they’ve been exponential in the last couple of races? Absolutely.

“But if we feel that to make sure that the cars are in compliance, if they’re not, you protest if you believe that a competitor isn’t complying with the rules.

“Make no bones about it, if we believe the [Mercedes] car is not in compliance, we will protest.” 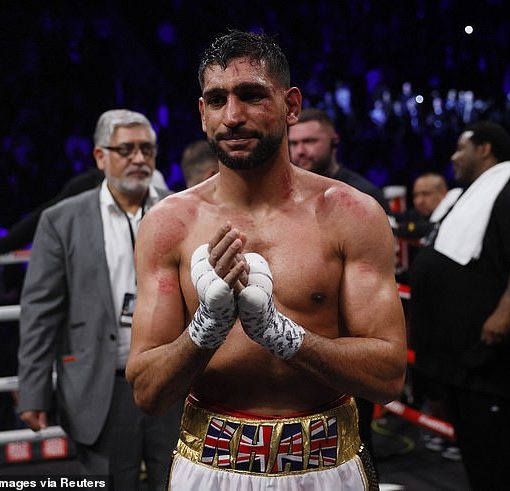 Amir Khan reveals he’s planning to RETIRE after being ripped apart by Kell Brook, insisting the love for boxing ‘isn’t there anymore’… […]

“Dreeew!” howled the exultant man on my laptop from his Fort Lauderdale home, filling the screen with the toothy, dimpled grin that […]

The NFL is increasing the regular season to 17 games and reducing the preseason to three games. Team owners on Tuesday approved […]