The discovery of another Covid variant has raised new concerns about the ability of existing vaccines to protect against the mutating virus — and whether they’ll need to be updated.

The answer isn’t clear yet.

That’s because the new variant — named omicron and labeled a “variant of concern” by the World Health Organization on Friday because of its high level of mutations — has been spreading for only a couple of weeks. It was first reported in southern Africa, where it showed signs of rapid transmission.

The variant has also demonstrated a greater ability than others in dodging prior immunity, either in vaccinated people or those who’d been infected by Covid before, according to researchers in South Africa. Several countries, including the U.S., said they would restrict travel from South Africa and seven other countries because of concerns over the omicron variant.

But it remains to be seen whether omicron poses a greater risk of hospitalization or death, including among the vaccinated. That data won’t be available for another two weeks or so, said Jinal Bhiman, principal medical scientist at the National Institute for Communicable Diseases in South Africa, which was the first country to report the new variant to the World Health Organization.

If existing vaccines don’t offer the same level of protection against serious infection, that may spur vaccine makers to tweak their products, Bhiman said.

“An increase would be a sign that we may have to come up with something new,” Bhiman said.

Several companies said Friday they are already researching the new variant to see if it eludes immunity from their vaccinations. Developing new batches to test against would take several weeks, the companies said.

Moderna said it was testing existing boosters to see if they could be used against the omicron variant.

Pfizer, which developed a vaccine with BioNTech, said in a statement that if a “vaccine-escape” variant emerges, the two companies would be able to develop and produce a “tailor-made vaccine” in about 100 days.

Vaccine makers have been able to avoid doing that against prior variants, including the delta variant, which spread across the world this year and remains the predominant strain in the United States. Existing vaccines turned out to be effective in protecting against serious infection by the delta variant.

That may turn out to be the case with the omicron variant, too.

“It could be that we don’t need to update the vaccinations,” David Kennedy, who studies the evolution of infectious diseases at Penn State University, said.

The omicron variant has raised legitimate worries based on a limited amount of data from South Africa and elsewhere, Kennedy said. “It’s enough to make me think we should watch this and be concerned but not enough to make me panic — yet.”

Deepti Gurdasani, clinical epidemiologist at Queen Mary University of London, said it was smart to be preparing for updated vaccines. But those efforts are most effective if the world manages to also contain the virus’ spread.

“It’s possible that Pfizer might come up with this vaccine in three or four months’ time and by the time it becomes available, there’s a new globally dominant variant,” Gurdasani said. “So, vaccine development and re-engineering has to go hand-in-hand with efforts to contain transmission, which is the only way that we’re going to be able to get on top of the virus adaptation.” 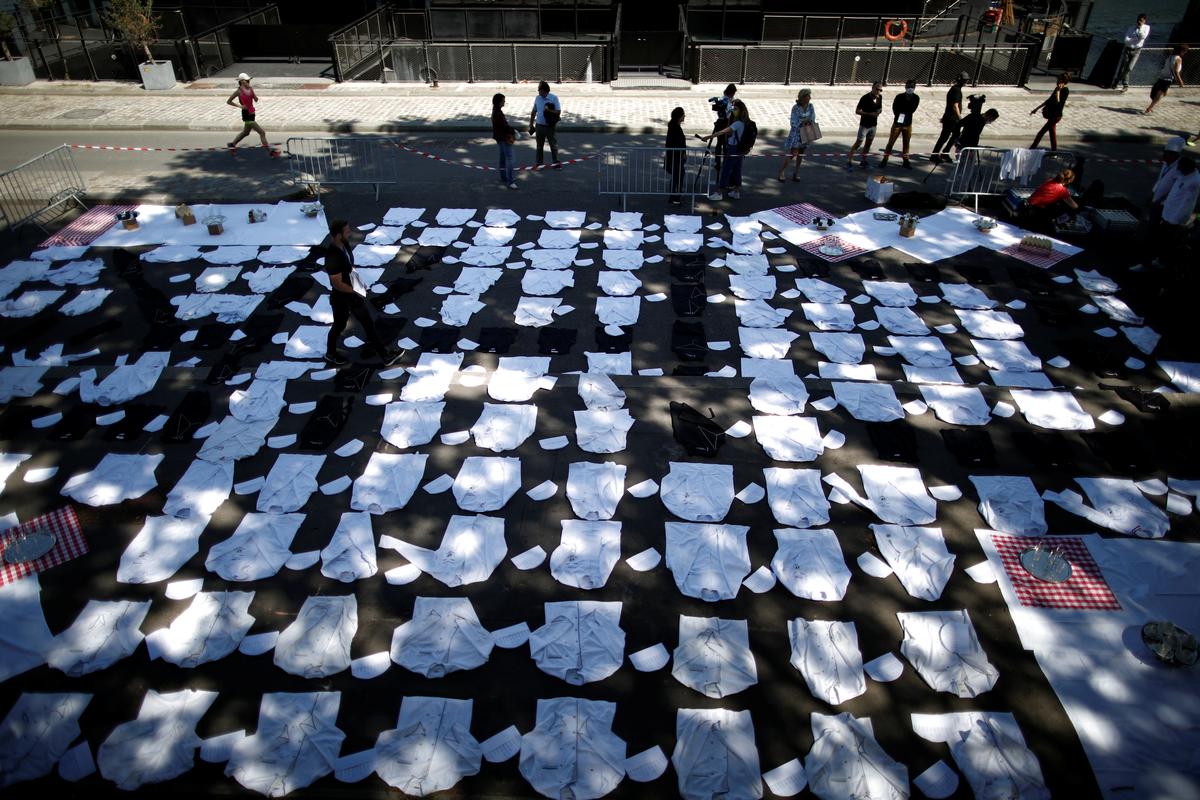 PARIS (Reuters) – Restaurants, bars and hotels across France set empty tables and draped chef’s aprons outside on Wednesday to protest against […] 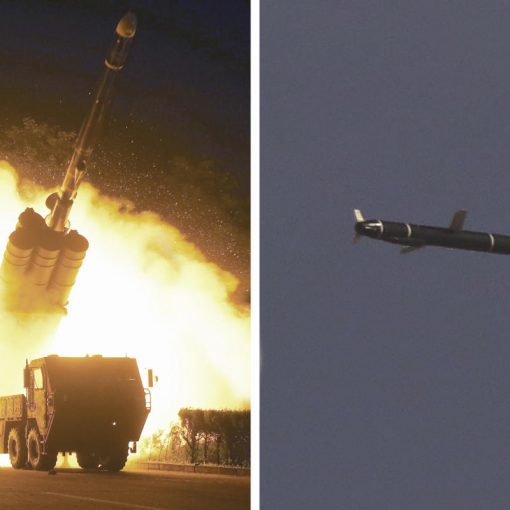 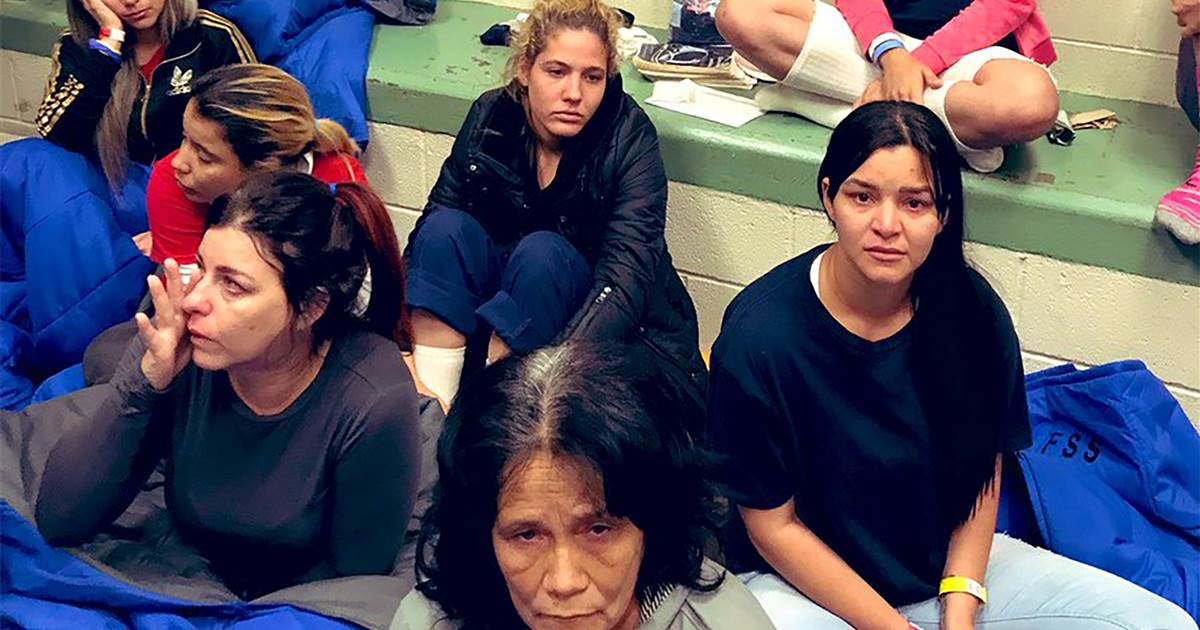 Rep. Alexandria Ocasio-Cortez on Monday described the abysmal conditions she and other members of the Congressional Hispanic Caucus and other House Democrats […] 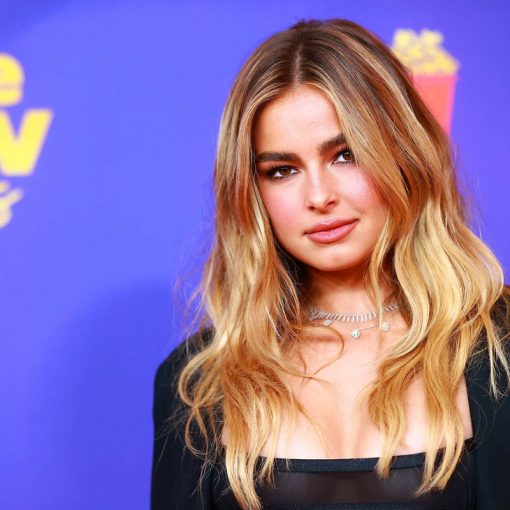 Addison Rae may be retiring her reporter’s notebook — for now, at least. The influencer said she got “fired” after sports fans […]