The long-awaited trial of convicted sex trafficker Jeffrey Epstein’s confidant Ghislaine Maxwell, getting underway Monday, can be likened to an iceberg — many of the unanswered questions about their alleged enterprise will remain hidden, for now.

Maxwell, a British socialite who insists she is innocent, is not likely to face questions about allegedly helping Epstein arrange “dates” with women over the age of 18 for a constellation of rich and powerful men. She is also not likely to be questioned about the allegations from an alleged victim who said in a civil lawsuit that Maxwell trafficked her to Britain’s Prince Andrew when she was 17. He has denied the allegations.

Nor is it likely the prosecution will be allowed to delve too deeply into the social and business relationships of Epstein, a multimillionaire financier, with other bold-faced names like former Presidents Bill Clinton and Donald Trump, and Ohio billionaire Leslie Wexner.

Instead, U.S. District Judge Alison Nathan of the Southern District of New York has limited the scope of federal prosecutors by focusing the case against the British socialite-turned-suspect specifically on allegations that she helped Epstein recruit and abuse four underage girls in the 1990s.

“This is going to be a narrow slice of what happened,” said civil attorney Dan Kaiser, who represents several alleged Epstein victims though none involved in this particular trial. “This is a ring that ensnared dozens and dozens and dozens of girls. And Maxwell was an integral player. You could say she was Epstein’s chief operating officer.”

Opening statements in a trial that is expected to last six weeks begin Monday. And those four, now-grown, women will take the stand and testify against Maxwell, prosecutors have said.

Epstein was found dead in August 2019 in a Manhattan jail while awaiting trial on sex trafficking charges. His death was ruled a suicide.

“Maxwell was the center of that sex trafficking ring,” alleged Epstein victim Jennifer Araoz told NBC News after Maxwell was arrested in July 2020 at her luxurious hideout in Bedford, New Hampshire.

NBC News generally does not identify rape victims, but Araoz went public in an interview in July 2019 during which she said she was 15 when Epstein raped her. She has sued Maxwell claiming that she and other staffers “conspired with each other to make possible and otherwise facilitate the sexual abuse and rape of Plaintiff.” Maxwell has repeatedly denied the accusations against her.

Araoz is not one of the women expected to testify against Maxwell, all of whom will be identified at the trial only by their initials. She is represented by Kaiser.

Maxwell’s older brother, Ian, has said his sister is a “patsy” and that federal investigators zeroed in on her only after Epstein hanged himself.

“They lost him and so there has to be somebody to pay the price. There has to be the patsy. Ghislaine is paying that price and she’s paying it every day,” he said in a CBS News interview in November.

Not true, prosecutors have said.

“Maxwell played a critical role in helping Epstein identify, befriend and groom minor victims for abuse,” then-acting U.S. Attorney Audrey Strauss told reporters after Maxwell was arrested. “In some cases, Maxwell participated in the abuse herself.”

If convicted on all counts, Maxwell, 59,who is being held without bail in a Brooklyn jail, could face years in prison.

In a 24-page second superseding indictment, prosecutors alleged that from 1994 to 2004, Maxwell “assisted, facilitated, and contributed” to Epstein’s abuse of minor girls by recruiting them, grooming them, and ultimately sexually abusing the victims herself.

The victims were as young as 14 years old when she and Epstein sexually abused them, prosecutors contend.

Both Epstein and Maxwell knew that some of the victims were minors, the prosecutors say. And as part of her alleged scheme, prosecutors say, Maxwell worked with Epstein to entice the minor victims to travel to his luxury residences across the globe.

The abuse allegedly happened at Epstein’s luxurious residences in Palm Beach, Florida; Santa Fe, New Mexico; and on the Upper East Side of Manhattan, prosecutors have said.

The youngest daughter of British press baron Robert Maxwell, who drowned in 1991, Maxwell also faces two counts of perjury tied to a deposition in a civil case in 2016. The indictment alleges that when Maxwell was questioned about her involvement in the alleged abuse and trafficking, she lied under oath.

But Nathan has severed those perjury counts from this trial.

Maxwell was arrested a year after Epstein was nabbed at a New Jersey airport after returning from Paris on a private jet.

According to a government motion opposing Maxwell’s request to be released on bail, her arrest had a bit of drama.

After FBI agents breached the gate of her New Hampshire home and then directed her private security guards to open the front door, the agents allegedly spotted Maxwell trying to flee.

“The agents saw the defendant ignore the direction to open the door and, instead, try to flee to another room in the house, quickly shutting a door behind her,” the court papers say.

The agents forced open the door and ultimately found Maxwell inside the house, according to the court filing.

Her lawyers argued in court papers that she was living in seclusion to protect herself and her family members from “unrelenting and intrusive media coverage.”

In depositions in a civil case, Epstein’s former masseuses, staffers and associates have painted a portrait of Maxwell as the chief enabler of a serial sexual predator.

Alleged Epstein victim Virginia Roberts Giuffre, in a September 2019 “Dateline” interview, stated that Maxwell lured her into the financier’s web.

At the time, Giuffre said she was working as a locker room attendant at Trump’s Mar-a-Lago resort and happened to be reading a book on massage therapy when she was “approached by this beautiful, well-spoken, well-mannered woman with an English accent, prim and proper.”

“And she says it’s so funny that you’re reading a book on that, because I know this older gentleman who’s looking for a traveling masseuse,” Giuffre recalled. “He’s super rich. He flies around everywhere.”

But by the end of her first visit to Epstein’s Palm Beach mansion, Giuffre said, Maxwell had manipulated her into having sex with her boss.

And soon, Giuffre said, she found herself being trafficked by Maxwell and Epstein to rich and powerful men like Andrew.

Whatever the outcome of the trial, the fact that Epstein is no more and Maxwell has been put on trial is already a comfort to some of their accusers.

“Now that the ring has been taken down, I know that I can’t be hurt anymore,” Araoz said. 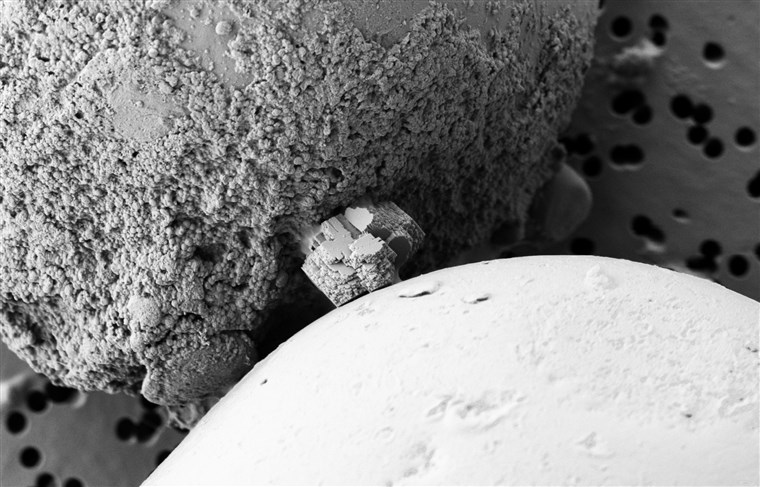 Get the Mach newsletter. SUBSCRIBE As more heat-trapping carbon dioxide continues to concentrate in our atmosphere — and to wreak havoc on […] 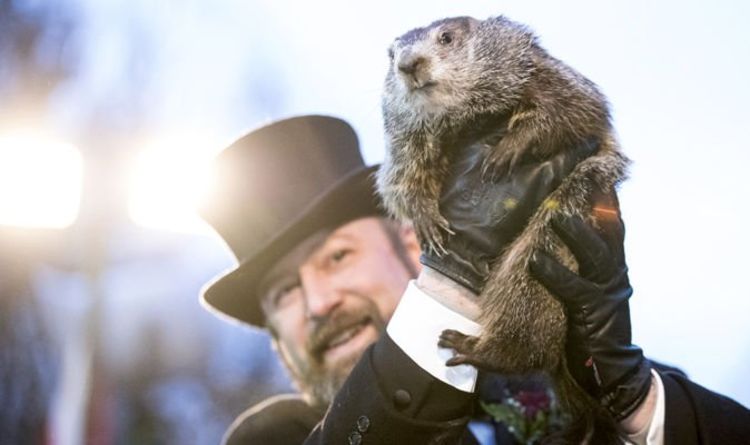 Groundhog Day is the popular tradition supposedly predicting the arrival of spring. The endearingly eccentric custom occurs every year on February 2 […] 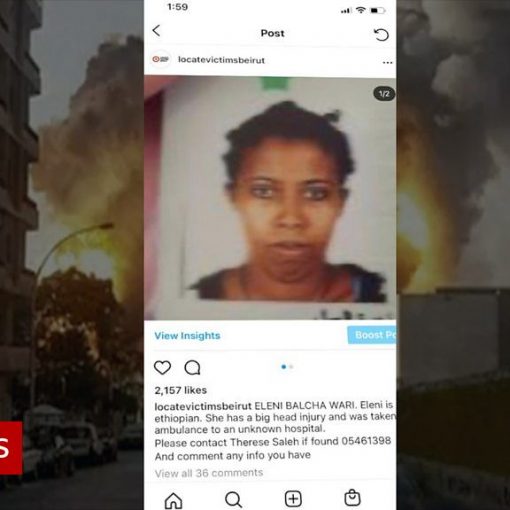 When the Beirut blast destroyed a tower block many people were missing, including an Ethiopian woman who lived there. With the help […] 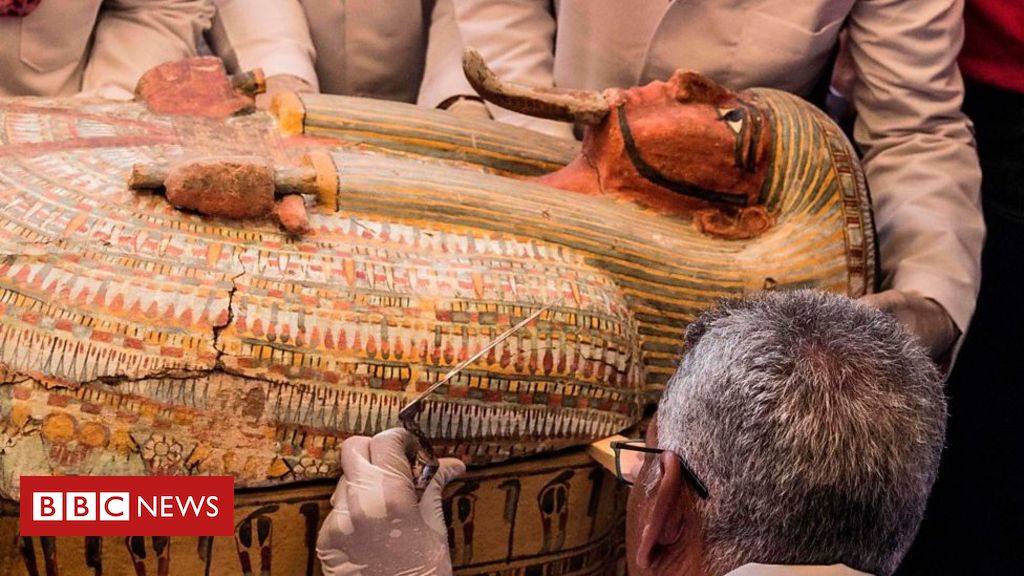 In the largest haul of its kind in over a century, thirty mummies have been unearthed in Egypt. source: bbc.com