The Dow Jones Industrial Average dropped about 905 points, or 2.5 percent, for its worst day of the year, while the S&P 500 and Nasdaq Composite slid 2.3 percent and 2.2 percent, respectively. The Dow was down more than 1,000 points at session lows. Friday was a shortened trading day, with U.S. markets closing at 1 p.m. ET because of the Thanksgiving holiday.

The drop comes after officials on Thursday warned of a new Covid-19 variant that’s been detected in South Africa.

Scientists are still learning about the variant, which was first identified earlier this week and is currently known as B.1.1.529. While scientists fear it could have increased resistance to vaccines, WHO said further investigation is needed

Maria Van Kerkhove, an infectious disease epidemiologist and Covid-19 technical lead at the organization, said Thursday that if the new variant was designated it would be given a Greek name.

The WHO warned that it would take a few weeks for it to understand the impact this variant could have.

“At this point, implementing travel measures is being cautioned against,” spokesperson Christian Lindmeier told a U.N. briefing in Geneva Friday, according to Reuters.

A few cases have been confirmed beyond Africa.

The Hong Kong government said Thursday that it had detected two cases, while Belgium became the first E.U. country to announce a case of the variant on Friday. Israel also said it had identified a case in a traveler returning from Malawi, with two other suspected cases placed in isolation.

“When I read that there’s one [case] in Belgium and one in Botswana, we’re going to wake up next week and find one in this country. And I’m not going to recommend anyone buy anything today until we’re sure that isn’t going to happen, and I can’t be sure that it won’t,” CNBC’s Jim Cramer said.

But several investment professionals told CNBC on Friday that the sell-off could be a buying opportunity.

“Friday is the day after Thanksgiving, probably not as many traders on the desks with an early close today. So potentially lower liquidity is causing some of the pullback,” Ajene Oden of BNY Mellon Investor Solutions said on CNBC’s “Squawk Box.” “But the reaction we’re seeing is a buying opportunity for investors. We have to think long-term.” Tropical Storm Sally was strengthening as it moved through the Gulf of Mexico, taking aim at southern Louisiana and Mississippi, and National […] 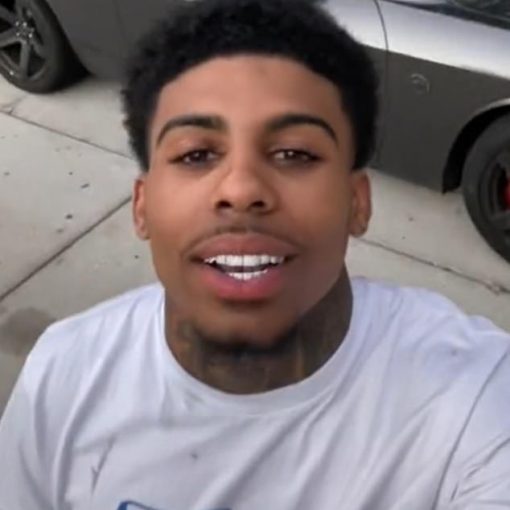 ‘I’m young, rich and can do what I want’: What Florida TikTok star, 18, said when he was arrested after ‘DELIBERATELY provoking […] Top scientists today claimed the Indian ‘Delta’ variant is not spreading as quickly as chickenpox, despite US health officials saying it is […]