Reuters report that Orbán said the government would extend a special campaign making vaccinations available without any prior registration to next week following a surge in Covid-19 cases.

He said he would “not exclude anything” but that if the spread of the virus can be curbed with vaccines then there will not be a need for lockdown measures.

Orban said the government would make vaccines available to parents if they want their children aged between 5 and 11 be vaccinated, and has ordered 2 million doses for this purpose, with the first shipment coming next month.

Thursday’s data showed 5.81 million people, or just under 60% of the population, have been fully vaccinated, while 2.15 million have received booster shots.

Hungary has made booster shots mandatory for healthcare workers and protective mask wearing has again been required in most indoor places since Saturday. But the changes fall short of the strict measures urged by Hungarian doctors as hospitals are filling up.

Germany will declare South Africa a virus variant area later today after the detection of a new Covid-19 variant there, a health ministry source said.

The decision, which will come into effect from tonight, will mean airlines will be allowed to fly only Germans to Germany from South Africa, according to the Reuters source. Returning Germans, even those who are vaccinated, will then have to spend 14 days in quarantine.

“This newly discovered variant worries us. That is why we are acting pro-actively and early here,” health minister Jens Spahn said. “The last thing we need now is a new variant being introduced that causes even more problems.”

Indonesia has significantly recovered from a mid-year outbreak of coronavirus cases and deaths that was one of the worst in the region, but with its vaccination drive stalling due to logistical challenges and other issues, and with holidays approaching, experts and officials warn the island nation could soon face another surge.

Associated Press report that the world’s fourth most populous nation is only 33% fully vaccinated and 16% partially.

Most vaccinations have been distributed in the more urban areas on the archipelago nation’s biggest islands of Java and Bali, while many on smaller, more rural islands — where health care systems are often rudimentary and the population tends to be older — have not been reached, said Dicky Budiman, an Indonesian epidemiologist and academic adviser to the government.

As more people travel back to these areas over the holidays, there is a greater risk the virus will spread to those populations, some of which have been partially protected by their isolation, he said.

“It will not be as bad as what we saw in July and August, but if we maybe look at the first wave, in January 2020, maybe it will be similar due to their vulnerability,” he said.

Because Indonesia started early with its vaccination program, there’s also more likelihood that the effectiveness is now waning, he said. Boosters are planned but probably will not begin until early 2022.

The government is urging people to avoid travel if they can and has increased restrictions in all provinces over Christmas and New Year’s, but some 20 million people are still expected to vacation on the popular islands of Java and Bali over the holidays.

Prof Adam Finn, a member of the Joint Committee on Vaccination and Immunisation (JCVI), said more needs to be learned about a new variant of the virus which causes Covid-19 to assess the threat it poses, but that new restrictions could not be ruled out.

PA Media report he told ITV’s Good Morning Britain that a jump in cases in South Africa could be linked to the variant’s enhanced transmissibility. “We now need to wait and see just what kind of threat this new variant may pose,” he said. “If we’re lucky, it won’t be a serious one, but it could be very serious.”

As you can probably imagine, the questioning immediately turned to “What about Christmas?”

He said “On the one hand, I don’t want to induce unnecessary anxiety in people, but on the other hand, I think we all need to be ready for the possibility of a change in the restrictions,” he said.

South Africa, Namibia, Lesotho, Botswana, Eswatini and Zimbabwe have been put on England’s travel red list, and officials are reviewing a number of travel measures including whether there should be a limited reintroduction of the use of PCR tests for arrivals.

Prof Finn said sequencing is being carried out around the UK to determine if any cases have already been imported.

If you haven’t read it yet, then here is the latest news on the detection of a new variant in South Africa that has been concerning authorities:

The World Health Organization will meet on Friday to assess a new variant detected in South Africa that is feared to be the worst Covid-19 variant yet identified.

The meeting will determine if the B.1.1.529 variant should be designated a variant of “interest” or of “concern”. The variant, which was identified on Tuesday, initially attracted attention because it carries an “extremely high number” of mutations.

Dr Maria Van Kerkhove, WHO’s technical lead on Covid-19, said in a press briefing on Thursday: “We don’t know very much about this [variant] yet. What we do know is that this variant has a large number of mutations. And the concern is that when you have so many mutations, it can have an impact on how the virus behaves.”

The infectious disease epidemiologist said that researchers would meet to “understand where these mutations are and what this potentially may mean” in terms of whether it is more transmissible or has potential to evade immunity.

A high number of mutations does not necessarily make a variant more transmissible. In August, similar concerns emerged about a variant in South Africa, known as C.1.2, but it was never listed as a variant of interest or concern. At the meeting the WHO may decide whether or not to give the B.1.1.529 variant a name from the Greek alphabet. If it does, it is likely to be named Nu, the next available letter.

Hello, it is Martin Belam here in London taking over from my colleague Samantha Lock in Sydney. First off, here is a quick reminder of where we stand in the UK with the latest coronavirus numbers. The UK has recorded 303,504 new cases of Covid in the last week.

Those case numbers are up by 9.5% week-on-week. Deaths are down by 14.8% on the previous week, and the number of patients being admitted to hospital is also trending downwards – 11.4% fewer than the previous week.

Japan is now the latest country to tighten border controls for visitors from South Africa and five other African countries, as per a Jiji news service report.

India also issued an advisory to all states to rigorously test and screen travellers from the African nation and other “at risk” countries earlier on Friday.

South Africa’s foreign ministry said Britain’s decision to ban flights from South Africa because of the detection of a new Covid-19 variant “seems to have been rushed” as even the World Health Organization is yet to advise on the next steps, Reuters reports.

“Our immediate concern is the damage that this decision will cause to both the tourism industries and businesses of both countries,” Foreign Minister Naledi Pandor said in a statement, adding South Africa would engage with British authorities to try to get them to reconsider their decision.

Singapore will restrict arrivals from south Africa and countries nearby in an effort to keep out a new Covid-19 variant, its health ministry said in a statement on Friday.

All non-Singaporean or non-permanent residents with recent travel history to Botswana, Eswatini, Lesotho, Mozambique, Namibia, South Africa, and Zimbabwe will be denied entry or transit through Singapore, it said.

The additional border restrictions will apply for four weeks, after which the ministry will review and extend the restrictions if necessary.

Welcome back to our global Covid live coverage.

I’m Samantha Lock and I’ll be with you to report on all things coronavirus.

News of the recently identified B.1.1.529 variant has raised concern among scientists and world leaders, with the WHO set to assess its severity and potential impact in a meeting today.

Indian health officials on Friday put states on alert, asking them to carry out “rigorous screening and testing” of travellers who had arrived from South Africa, Botswana and Hong Kong, and to trace and test their contacts.

Health secretary Rajesh Bhushan urged all states to ensure that samples from Covid-positive travellers be swiftly sent to genome sequencing labs for testing.

China is continuing to pursue its strict Covid-zero policy in light of three new cases detected in the city of Shanghai.

Hundreds of flights have been cancelled while some schools were shuttered and tour groups suspended, AFP reports. Six Shanghai hospitals have also suspended outpatient services. 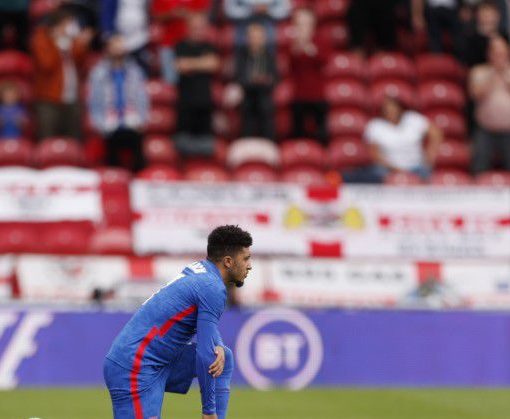 SINGAPORE (AP) — U.S. Vice President Kamala Harris is preparing to lay out the Biden administration’s vision for the Indo-Pacific region, an […] 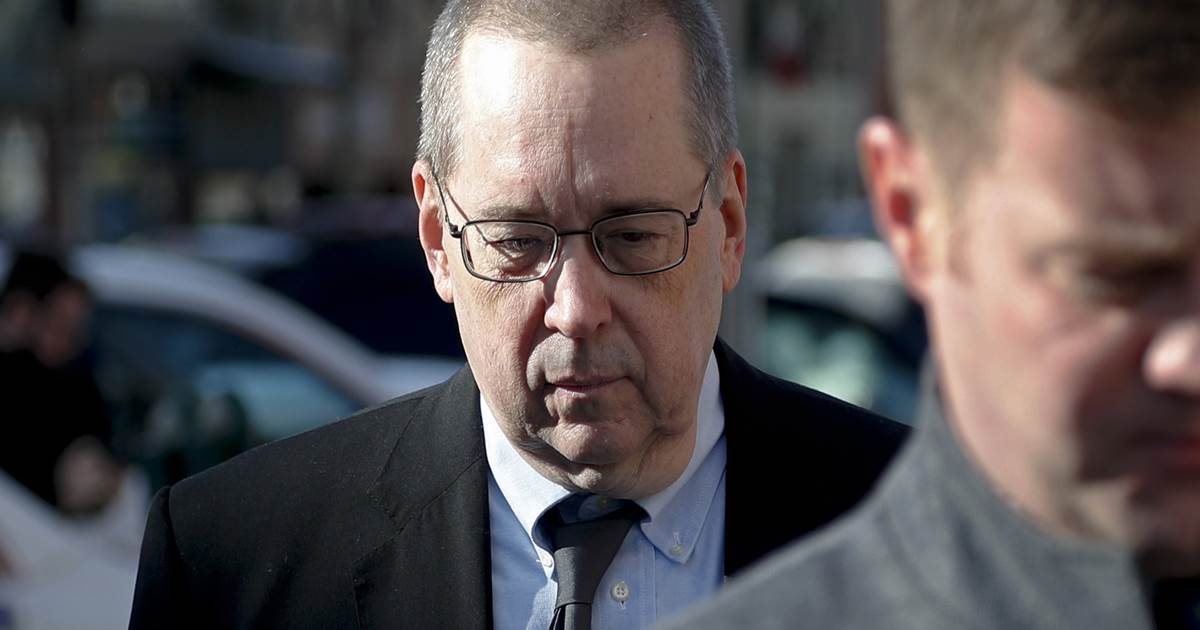