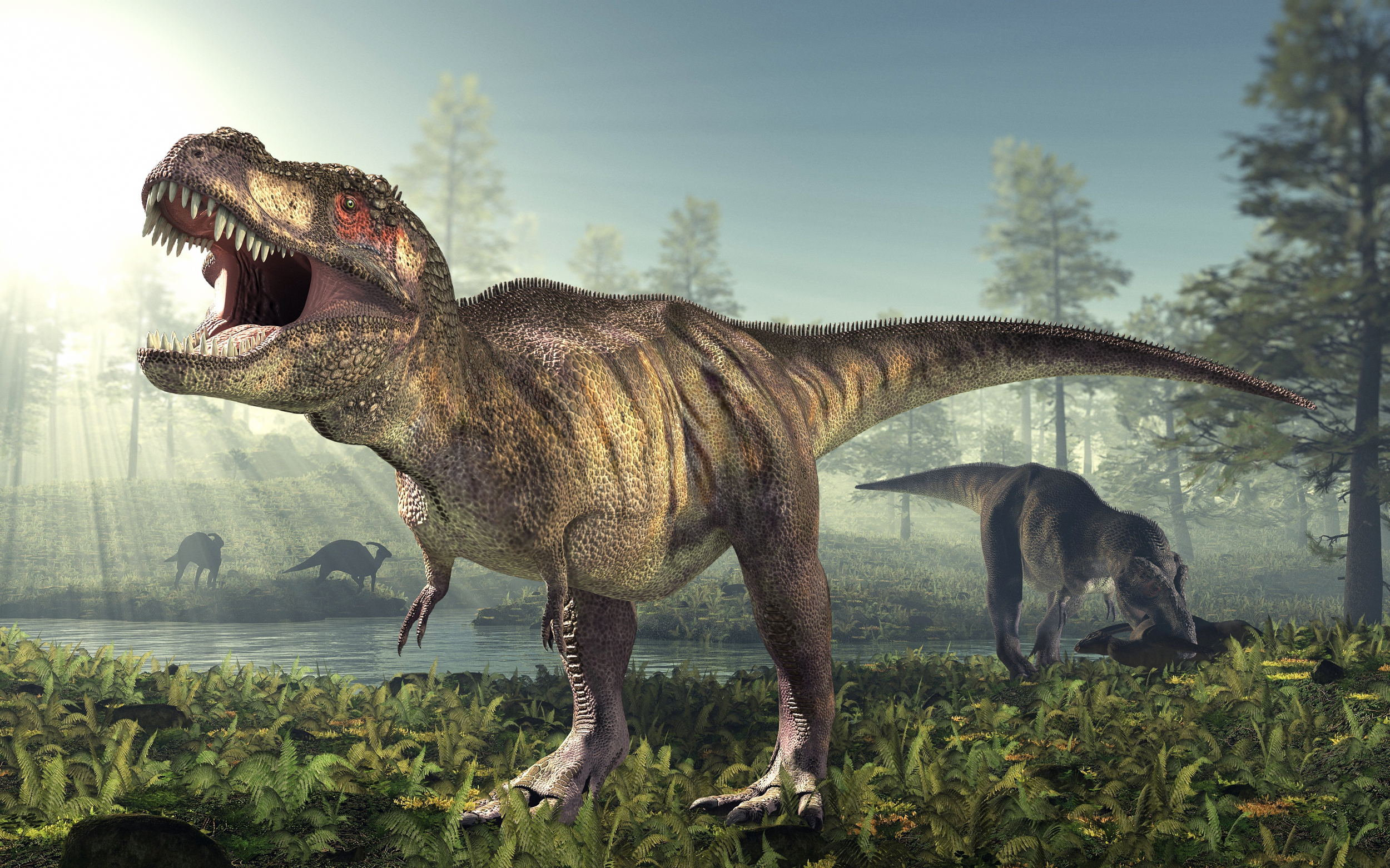 The traditional history of Thanksgiving begins exactly 400 years ago in New England with a meal shared by Pilgrims and Native Americans. But that’s a very narrow way to understand the origins of this beloved American holiday. Focusing on one dinner in Plymouth, Massachusetts, in 1621 means we ignore the meal’s fascinating — and more far-flung — prehistory.

It wouldn’t be Thanksgiving without surprises from relatives — and turkeys certainly have surprising relatives: meat-eating theropod dinosaurs.

Many of the foods we enjoy on Thanksgiving and associate with Northeastern U.S. agriculture are the products of millions of years of evolution that took place all around the world, from South America to Asia. By taking the larger historical view, we can see how our feast is not just national but also global, and millions of years in the making.

All living things on Earth today, including everything on your dinner table and the people sitting around it, are descended from a common ancestor that lived more than 3 billion years ago. While this single-celled common ancestor might have resembled some of the microbes in the crumbs on your tablecloth, there’s no way you’d mistake it for any of your usual holiday dishes.

That’s because it took a few billion years just for life to become multicellular, and it took several hundred million years after that for multicellular life to branch out into some of the first major forms of complex life we see today, like sponges and worms. I’m willing to hazard a guess that sponge casserole won’t be on many dinner tables this year (though your Aunt Mabel’s sponge cake might unfortunately remind you of one). You would have to continue further ahead in time to the Late Cretaceous Period to find plants and animals recognizable as the ancestors of our Thanksgiving foods.

Of course, it wouldn’t be Thanksgiving without surprises from relatives — and turkeys certainly have surprising relatives: meat-eating theropod dinosaurs like Tyrannosaurus rex. In fact, Tyrannosaurus rex, the king of the dinosaurs, and living turkeys shared a common ancestor about 190 million years ago. To put it simply, birds are living dinosaurs. And turkeys, along with chickens, have kept even more of the DNA they shared with dinosaurs than other birds alive today, making them a little closer to their deceased dino granddaddies than more fearsome birds like eagles and falcons.

Birds like turkeys might not seem like they’re well-adapted to survive much of anything, given how they’re a common game bird for hunters and can’t even survive getting tossed out of a helicopter in sitcoms. But evidence suggests that the ground-dwelling lifestyle of their ancestors actually kept them alive as tree-dwelling birds (not to mention Tyrannosaurus rex) bit the dust.

At the end of the Cretaceous Period 66 million years ago, an asteroid hit the Earth, causing a mass extinction that killed two-thirds of all species on the planet, including the non-avian dinosaurs. Besides triggering seismic disturbances and kicking up dust that blocked out sunlight, it ignited fires that burned forests to a crisp. Birds that lived in trees would have found themselves homeless and starving, while ground-dwelling birds could have hunkered down and subsisted on seeds until the environment began to rebound. Research suggests that all birds alive today, whether they live on the ground or in trees, can trace their ancestry to these ground-dwelling birds that managed to survive a mass extinction.

But while their Tyrannosaurus rex relatives lived in what is today the Western U.S. before their untimely demise, these proto-turkeys didn’t live here when Tyrannosaurus was alive. In the Late Cretaceous, the ancestors of modern turkeys were most likely in the Southern Hemisphere, thousands of miles from North America. Over millions of years, continental drift and migration brought them to North America. Today, modern turkeys, which were first domesticated 2,000 years ago in Mexico and the Southwestern U.S., still live in the wild throughout the U.S. and parts of Canada and Mexico.

Similarly, while modern pumpkins are native to North America, in the Late Cretaceous before the mass extinction, the pumpkin’s ancestors lived in Southeast Asia. They were able to make the journey because they were well-suited to move long distances by hitching a ride on winds, sea currents or birds. This helped the pumpkin’s prehistoric predecessors make the trek from Asia to Africa, from Africa to South America and from South America to North America, where people started eating them at least 9,000 years ago.

But people haven’t always found pumpkins palatable. Before humans domesticated gourds, gourds had thick rinds and high levels of bitter biochemical defenses called cucurbitacins, which can cause “toxic squash syndrome” in humans. Through millennia of selectively breeding the most edible gourds with one another, we created many types of gourds that are pleasant instead of poisonous, including pumpkins.

It’s only recently that turkeys have found themselves cooked and served with stuffing, but in the Late Cretaceous the ancestors of turkeys might have walked past blades of prehistoric grasses related to the grains we use to make stuffing. Fossils found in what is today India suggest that at that time grasses were widespread in the Southern Hemisphere (where India was back then). Wheat, the type of grass most commonly used to make stuffing, didn’t come to North America until the arrival of Europeans.

It’s worthwhile noting what the fossil grasses were found inside: coprolites, or fossils of what you could call, ahem, waste material. This material is probably from a titanosaur, a type of long-necked sauropod dinosaur. Sauropods are the largest animals to ever walk on land, potentially reaching 122 feet in length and weighing as much as 76 tons. And you thought you had big eaters in your family …

The plucky ancestor of your Thanksgiving turkey wasn’t in North America 67 million years ago, but its great-great uncle Tyrannosaurus was. You can be thankful that you have to fight only your cousin for the last bit of stuffing and not a sauropod. And everything that was alive on your table, the wood that your table is built out of and the people sitting around it share a common ancestor if you go back far enough. Now that’s one heck of a family reunion.

Adam Larson is a writer from Kenosha, Wisconsin. He has a bachelor’s degree in biology from Carthage College, where he studied growth and development in mammoths and elephants, and he has worked as a seasonal park ranger with the Maryland Park Service, a paleontology instructor with Liberty Springs and an intern at the Wyoming Dinosaur Center.

Hong Kong International airport has cancelled all departures, as anti-government protests in its main terminal continue for a fourth day. Thousands are […] 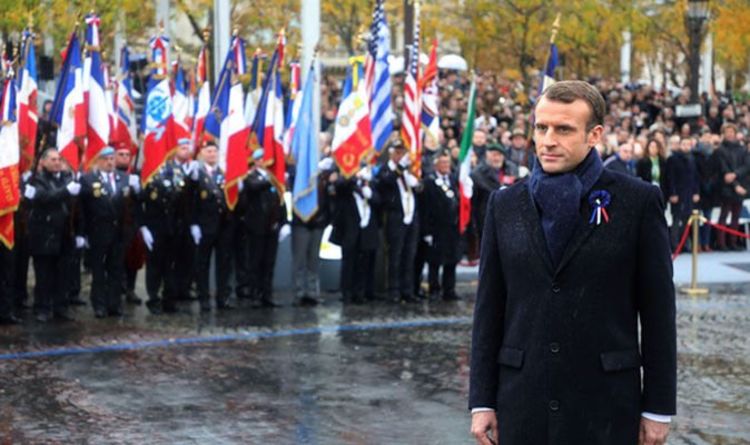 President Emmanuel Macron’s government “has just set the retirement age at 64. This is both unfair and inequitable,” Jean-Luc Mélenchon, leader of […] 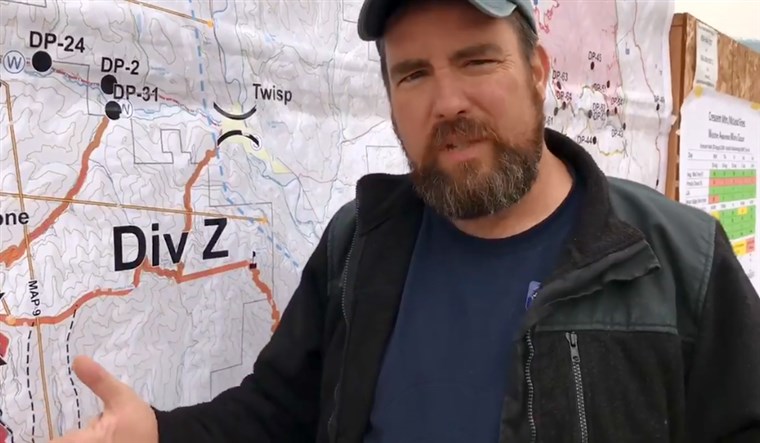 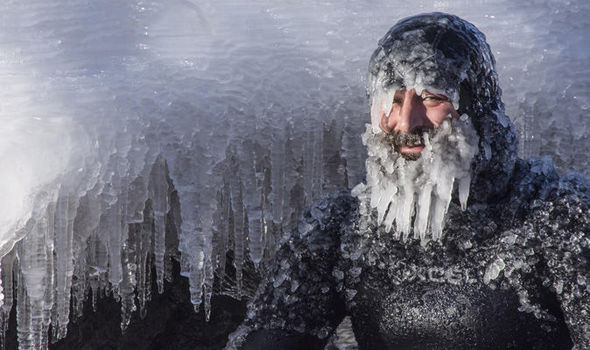 Daniel Schetter grew up surfing on Lake Superior in Michigan, US, and wears a wet-suit designed to withstand the freezing temperatures of […]