Former F1 driver Ralf Schumacher believes Max Verstappen has “no chance” against the might of Mercedes and Lewis Hamilton despite leading the driver standings by eight points heading into the final two races of the season.

With a season that has ebbed and flowed between the duo, Verstappen had edged himself ahead in the latter part of the year but has once again been presented by a roadblock with Hamilton’s dominance outpacing the Red Bull over the past few races.

The seven-time world champion has fought back with a vengeance in Brazil and Qatar to cut what was a 23-point lead to just eight with two races remaining.

But questions have been raised about the pace of the Mercedes across the two races, with some suggestions by Red Bull that the team are bending the rules to win.

Hamilton found himself disqualified in Brazil ahead of the sprint race after a technical breach regarding his rear wing. The seven-time world champion had already been hit with a five-place grid penalty for another engine change, but still managed to storm past Verstappen to win in interlagos.

JUST IN:
Hamilton explains why he no longer gives Verstappen ‘benefit of doubt’

“We have seen again here [in Qatar] that Mercedes is fast enough and does not have to cheat,” he told Sky Deutschland.

“I do not assume that any team willfully disregard the rules. If you go close to the limit, something can always go wrong and you get into grey areas.”

Verstappen is mathematically the only driver who can actually wrap up the world title in Saudi Arabia, but the season could go down to the very last race of the season in Abu Dhabi.

With Mercedes’ resurgence, Schumacher believes Hamilton has the stronger setup to clinch the title.

“The Mercedes is currently the more stable package,” he said.

“Max gives everything and shows how good he is. Under normal circumstances, however, he has no chance. Maybe he will have the luck that he has lacked so far.

“If he had that already at the beginning of the season, he might now be World Champion.”

Hamilton’s victory in Qatar left Mercedes dumbfounded after the race, with Mercedes trackside engineering director Andrew Shovlin admitting they’re flabbergasted at how fast he was.

“The margin, yes. We thought we’d be good here but this was the track of the three that remained that we were perhaps most concerned about,” Shovlin said.

“From Saturday morning though it looked like Lewis had it all under control.

“It’s very difficult to predict that the margin’s going to be one tenth or two tenths, which is still a pretty handsome margin.

“We never thought it would be the amount it was but it all came in that final run. Turn 1 was good and he said from there it just kind of flowed.

“But he’s really in the zone at the moment. We can do all our simulations but nothing explains why he was that far ahead of Max.

“Fundamentally it’s just down to him really digging deep and doing what needs to be done.”

With eight points in it, the battle is set to continue on December 5. 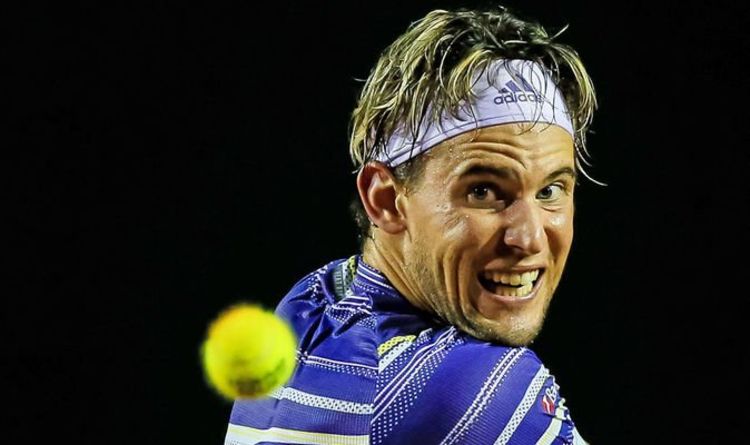 For the first time since May 2019, there is a new member of the world’s top three as Dominic Thiem reaches a […]

The footballer Ray Kennedy, who has died aged 70, spent eight years with Liverpool at the height of the club’s powers in […]

When Sri Lanka won the World Cup in 1996, Afghanistan did not even have a cricket team. So the fact they failed […]

Laporta went on to explain that Messi’s departure marks the start of a new age at the Nou Camp. “Leo leaves an […]