“Nothing can bring Mr. Arbery back to his family and to his community, but the verdict ensures that those who committed this horrible crime will be punished,” Biden said in a statement.

“While the guilty verdicts reflect our justice system doing its job, that alone is not enough. Instead, we must recommit ourselves to building a future of unity and shared strength, where no one fears violence because of the color of their skin,” he continued. “My administration will continue to do the hard work to ensure that equal justice under law is not just a phrase emblazoned in stone above the Supreme Court, but a reality for all Americans.”

Vice President Kamala Harris similarly said in a statement Wednesday evening that the verdicts “send an important message, but the fact remains that we still have work to do.”

“The defense counsel chose to set a tone that cast the attendance of ministers at the trial as intimidation and dehumanized a young Black man with racist tropes. The jury arrived at its verdicts despite these tactics,” Harris said.

Their comments came after a jury found three White men charged in the killing of Arbery, a 25-year-old Black man, guilty on multiple murder counts, as well as other charges. The verdict, delivered by nine White women, two White men and one Black man, followed more than 11 hours of deliberation spanning two days.

The defendants in the case — Travis McMichael, his father, Gregory McMichael, and their neighbor William “Roddie” Bryan Jr. — had been arrested last year after the shooting of Arbery in the Satilla Shores neighborhood outside Brunswick, Georgia, on February 23, 2020.

Arbery had been on a jog — a common pastime, according to those who knew him — when the McMichaels grabbed their guns and pursued him.

The men said they believed Arbery had committed a crime. Evidence introduced in the trial showed the men had chased Arbery through the streets as he repeatedly tried to elude them. The McMichaels, who were armed, were in one vehicle, while Bryan, who joined while the chase was underway, followed in his own truck, assisting in and recording the chase. Arbery was unarmed and on foot.

Video of the killing showed Travis McMichael exit his truck and confront Arbery before fatally shooting him as the two tussled.
“The video is clear: Ahmaud Arbery was killed in cold blood,” Biden had tweeted in May 2020. “My heart goes out to his family, who deserve justice and deserve it now. It is time for a swift, full, and transparent investigation into his murder.”

In the lead-up to the verdicts, the White House had declined to weigh in on the trial. White House press secretary Jen Psaki told reporters on Monday, “I’m not going to speak to, obviously, an ongoing trial.”

“I will note, though, that the President has spoken many times to this horrific event in the past. And it’s not just about this case, in his view; we have a lot of work to do as a nation,” she added. “And it’s just a reminder of why the President has prioritized rooting out systemic racism.”

CORRECTION: A previous version of this story misstated the gender makeup of the jury. Nine White women, two White men and one Black man served on the panel. 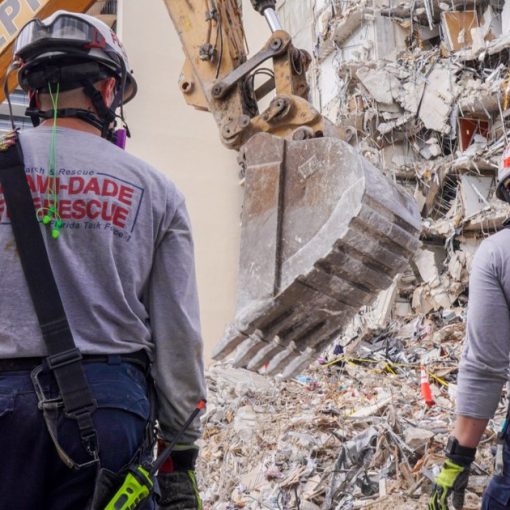 With the threat of Tropical Storm Elsa looming, the rest of the partially collapsed Miami Beach-area condo building could be brought down […] 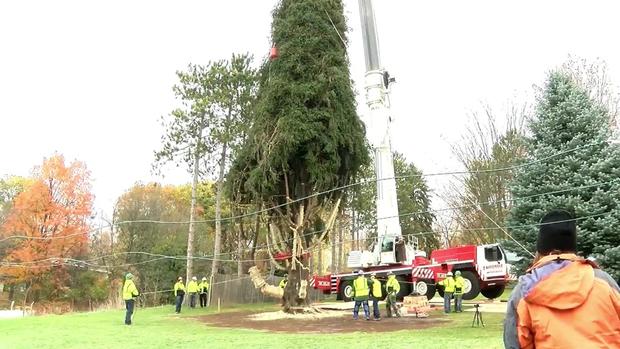 What to Know The 75-foot tall, 12-plus ton Norway spruce comes from the home of Jason Perrin in State College, Pennsylvania The […] 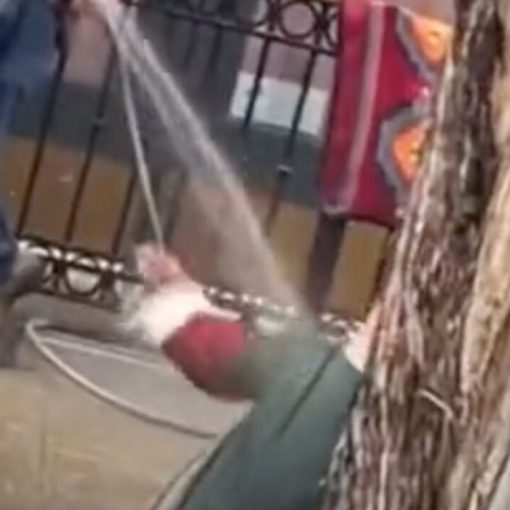